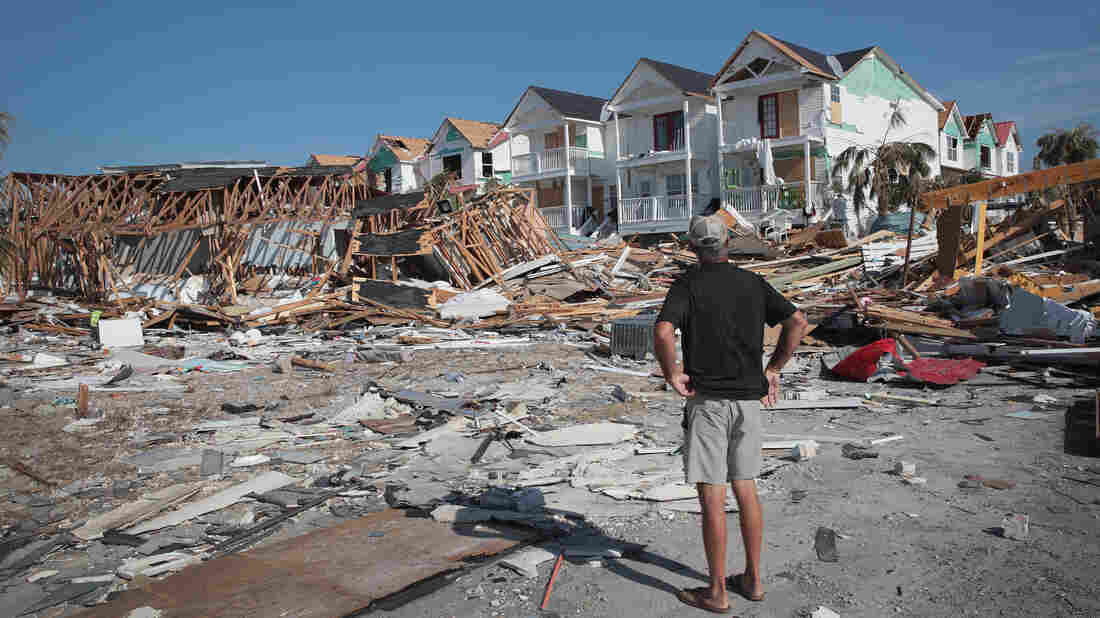 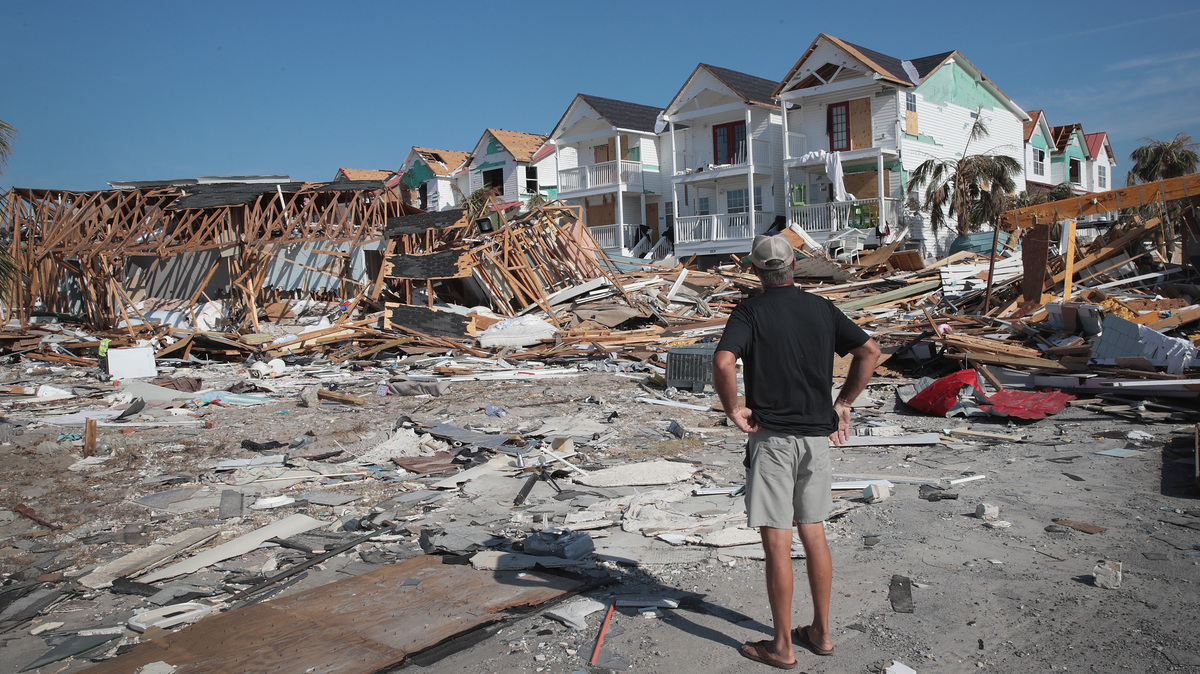 A resident of Mexico Beach, Fla., looks over damage caused to the Florida Panhandle by Hurricane Michael in October 2018.

Some communities still recovering from recent natural disasters will receive special visits by 2020 census workers next year to make sure all residents are counted.

Beginning next March, census workers will hand-deliver paper questionnaires and printed instructions for the national head count to all households in and around wildfire-ravaged Paradise, Calif., as well as hurricane-devastated Mexico Beach, Fla., the Census Bureau confirmed to NPR this week.

The bureau announced last May that a similar operation is set to take place across Puerto Rico in response to the island's ongoing recovery from Hurricane Maria in 2017.

The new population counts for these communities will have major implications for the shares of federal funding they receive over the next decade. The numbers are used to guide the distribution of hundreds of billions of federal tax dollars for local schools, roads and other public services. In California and Florida, the results of the constitutionally mandated census also determine how many congressional seats and Electoral College votes the states will receive through 2030.

Like households elsewhere in the country, those living in recovering areas can participate in the 2020 census by returning a paper form, completing an online form or calling a 1-800 number. The vast majority of U.S. households will receive instructions on exactly how to do that in the mail.

But the Postal Service may not be as reliable in communities where many homes no longer exist and street addresses are hard to find after a disaster.

In Paradise, what was once a population of about 26,000 is now estimated to be in the hundreds, almost six months after California's deadliest and most destructive wildfire erupted, as NPR's Kirk Siegler has reported. There are fewer than 500 homes left standing in Mexico Beach — population 1,072, according to the 2010 census — the town's mayor told NPR's Greg Allen in January.

That's why in addition to leaving census information with individual households, census workers will use smartphones to update the local maps and addresses the bureau has on file for the areas in California, Florida and Puerto Rico. The bureau plans to use that information to direct census workers following up with households that don't immediately respond to the census, according to the bureau's operational plans.

The workers will also look for emergency shelters and mobile home parks to make sure any displaced residents living nearby are counted.

In 2010, after hurricanes Katrina and Rita, the Census Bureau deployed workers for special visits to homes along the Gulf Coast, where they left paper forms in plastic bags at front doors.

"If other natural disasters occur prior to the 2020 Census, we will make appropriate adjustments to our operations to ensure we cover any affected areas," the bureau said in a written statement.