Accessibility links
'The Prom' Is Nominated For 7 Tony Awards In the Broadway musical The Prom, a high school PTA cancels the dance rather than allowing two girls to attend together. The show was just nominated for seven Tony Awards. 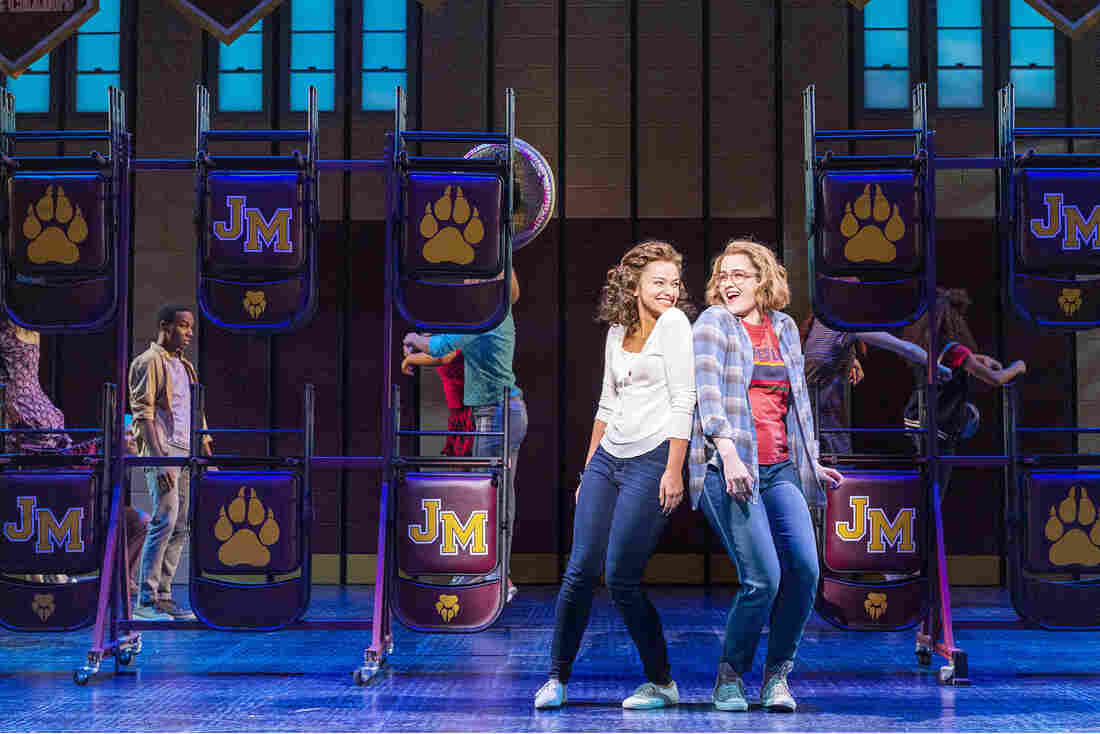 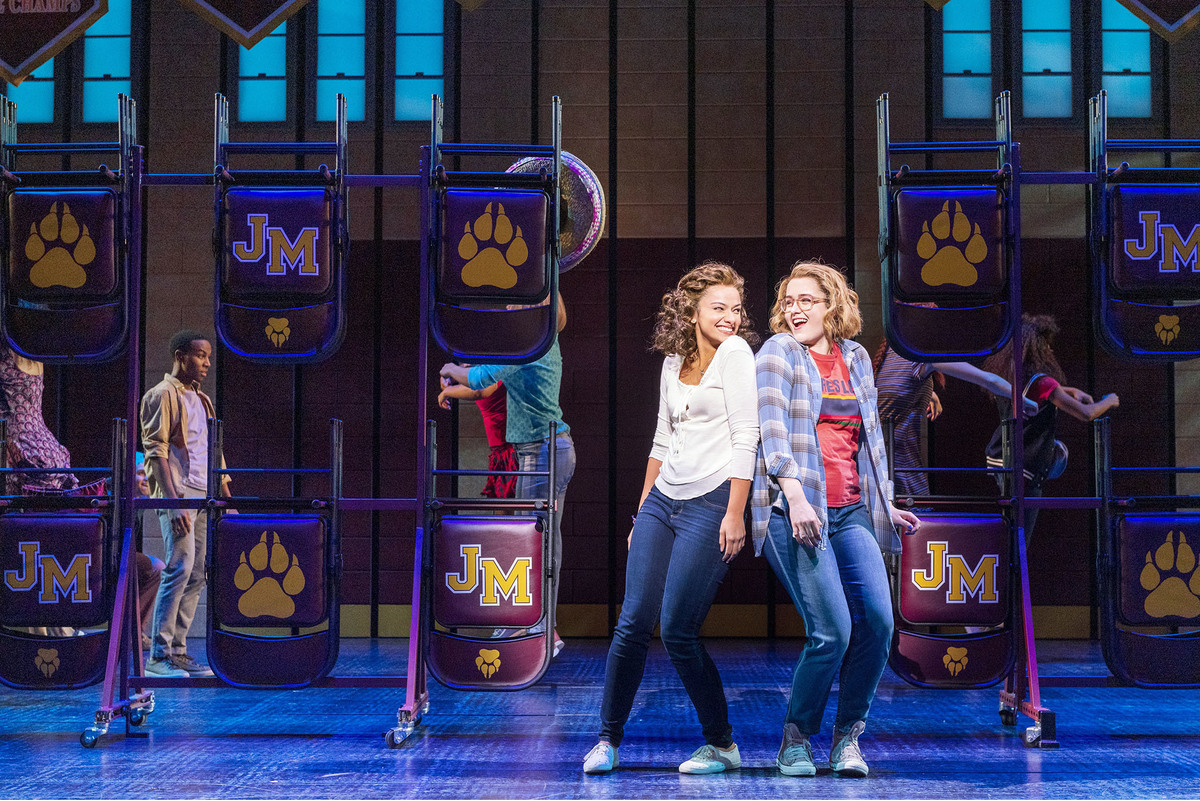 Isabelle McCalla (left) and Caitlin Kinnunen star as Alyssa and Emma in The Prom.

In the Broadway musical The Prom, a high school PTA decides to cancel the dance rather than allow two girls to attend together. The show's creators, Chad Beguelin and Bob Martin, started writing a musical eight years ago, before same-sex marriage was legalized in the U.S. They worried that the show might feel irrelevant by now — but they were wrong. The Prom just received seven Tony nominations, including Best Musical.

In the show, some out-of-towners rush to the students' defense. They're four washed-up Broadway actors — allies the kids never asked for. They're led by Dee Dee Allen, who shows up in the small Indiana town, hoping to make a name for herself as an activist.

"I think the tone and the message of this show is so special and so important right now," says Beth Leavel, who plays Dee Dee. "It's a tone of listening, tolerance, acceptance, love, being open to understanding someone you don't know."

The message is also that everyone is flawed — both the people who are intolerant and the people who rush to lecture a community that's not their own.

Beguelin based the town in the musical on his own hometown of Centralia, Ill. Factories have closed, it's hard to get a job, and "everybody's scared," he says. "It's tense, and nobody knows what the future is going to bring."

The show explores how fear fuels hatred — even the homophobic PTA parent who leads the charge is portrayed with sympathy. "It was very tempting to play her as an obvious villain and we did not want that," Martin explains. "We wanted her to be a recognizable person ... who is controlled by her own fears."

"She's motivated by wanting the best for her child," Beguelin adds. "She doesn't understand that [being gay] ... isn't a choice."

The subject matter was personal; Beguelin says lyrics for one song — about how theater can be an escape — came very easily to him. "When I was a kid ... I was called the F word all the time, I was bullied a lot," he recalls. "And what I would do to heal was I would go into my room, and I would put on a musical theater album, and I would lip sync. ... I could forget, like, the torture of walking down the hallway and being called names ... I would evaporate into this other world."

Martin says he's been heartened by the response to the show. When Prom actors performed at the 2018 Macy's Thanksgiving Day Parade, the number included the parade's first televised same-sex kiss.

"On social media there was quite a reaction to that moment," Martin says. "There was a very small negative reaction — much, much smaller than we expected — and there was this wonderful positive reaction."

The creators look forward to the play being performed on high school stages — providing escape and healing for actors and audiences alike.

Kelli Wessinger and Dalia Mortada produced and edited this interview for broadcast. Beth Novey adapted it for the Web.