Accessibility links
Jay Inslee, Beto O'Rourke Roll Out Proposals To Fight Climate Change Washington Gov. Jay Inslee is centering his presidential campaign on combating climate change. On Friday, he rolled out his plan to shift the country to carbon-free energy. 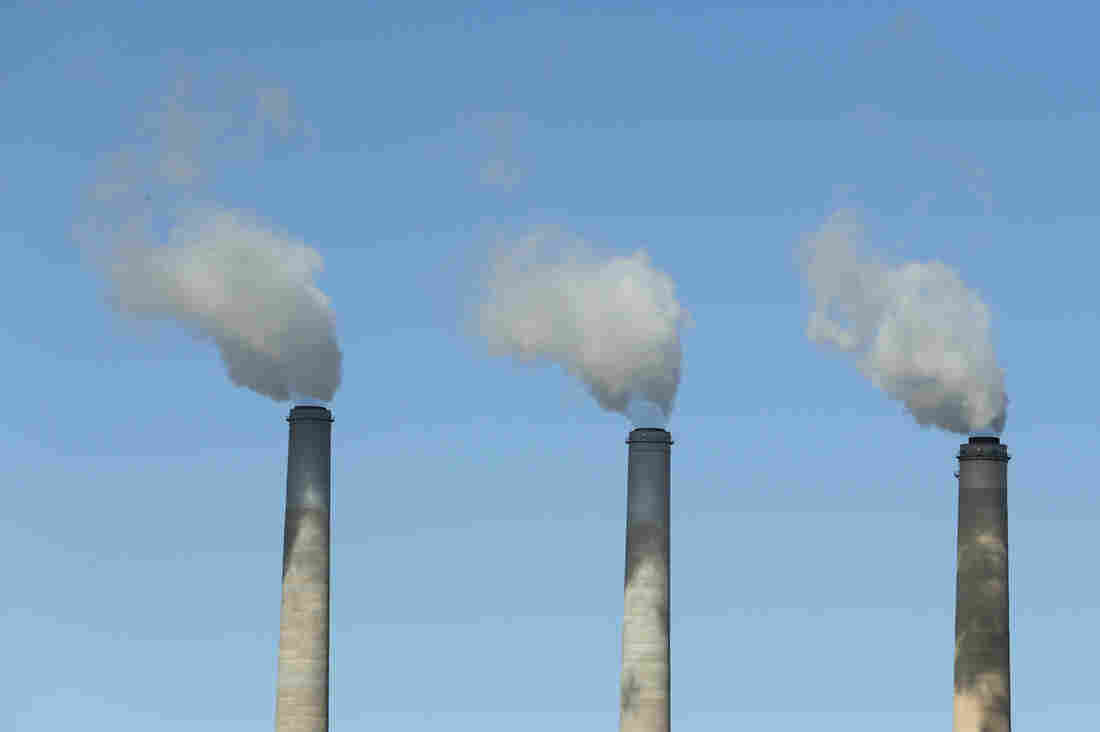 Emissions rise from three large smokestacks at a coal-fired power plant in Castle Dale, Utah, in 2017. Democratic presidential candidates are releasing plans to reduce U.S. emissions in order to head off the most dangerous consequences of global warming. George Frey/Getty Images hide caption 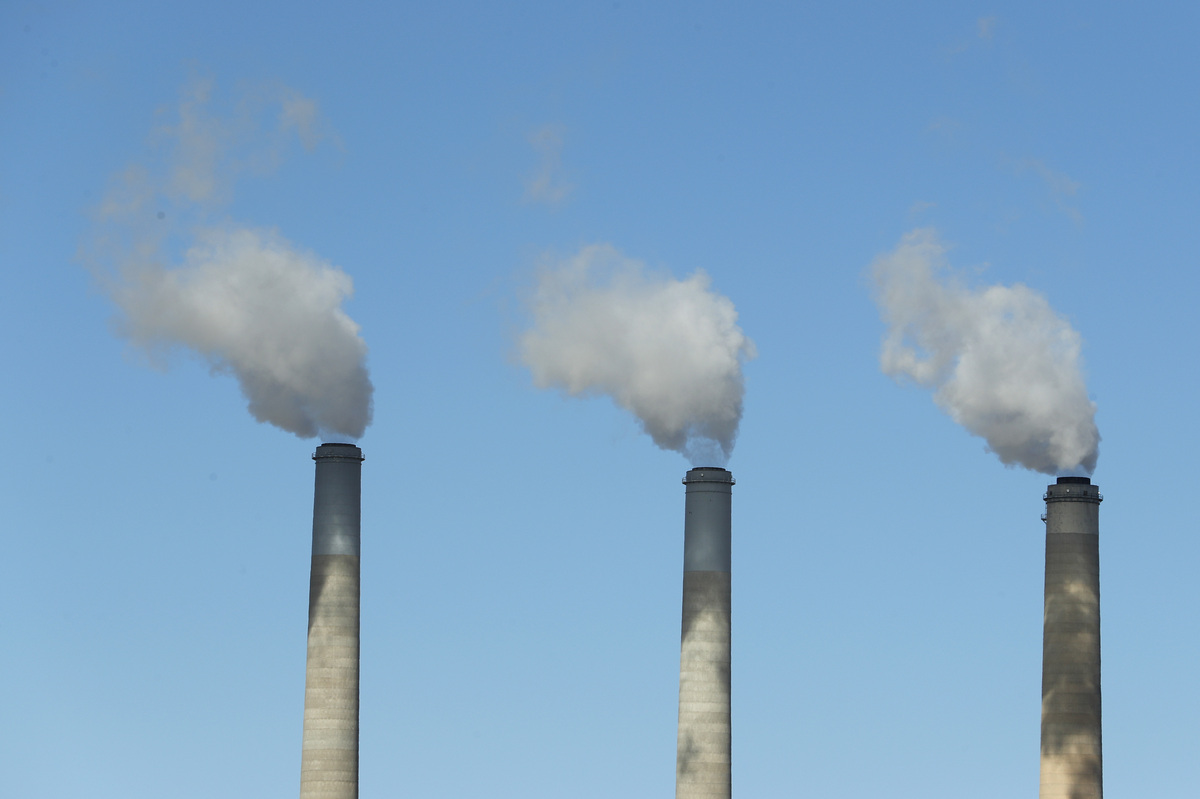 Emissions rise from three large smokestacks at a coal-fired power plant in Castle Dale, Utah, in 2017. Democratic presidential candidates are releasing plans to reduce U.S. emissions in order to head off the most dangerous consequences of global warming.

The past few presidential campaigns, environmental activists have "been left begging for there to be a single question at a campaign debate about climate change," longtime climate change activist and author Bill McKibben recently told NPR.

"This time around I'm not worried in the least. I think it's going to be one of the central topics in the primary," McKibben said, "and then I think whoever wins the Democratic nomination is going to try and ram the issue straight down Trump's throat."

Indeed, Democratic voters told a CNN poll this week that aggressively addressing climate change is more important than any other policy position.

Washington Gov. Jay Inslee talks about climate change more than any other candidate in the race. It's essentially the entire focus of his presidential campaign. But until now, Inslee has been a bit vague about how he'd tackle lowering greenhouse gas emissions, arguing the focus itself was what mattered. 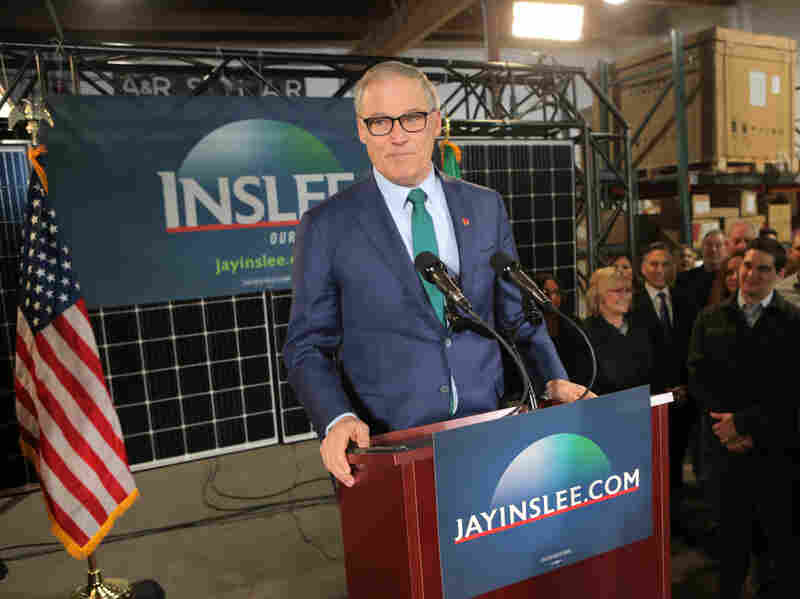 Washington Gov. Jay Inslee announced his presidential bid at A&R Solar on March 1 in Seattle. Inslee has made fighting global warming his top policy issue, and he released a major policy proposal on the issue on Friday. Karen Ducey/Getty Images hide caption 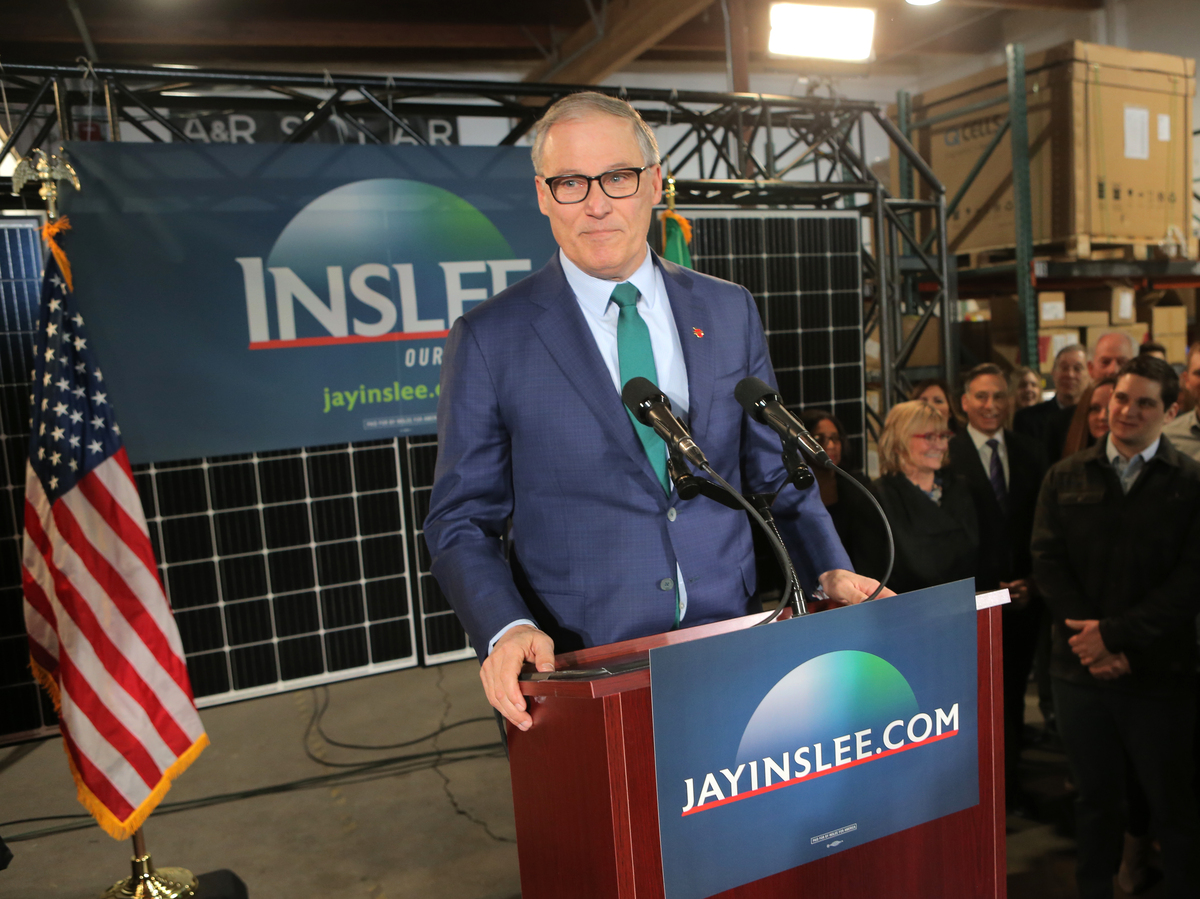 Washington Gov. Jay Inslee announced his presidential bid at A&R Solar on March 1 in Seattle. Inslee has made fighting global warming his top policy issue, and he released a major policy proposal on the issue on Friday.

"Defeating climate change has to be the No. 1 priority of the United States," Inslee told New Hampshire Public Radio. "If it is not job one, it won't get done. And we need to make it the first and foremost priority of the next president."

Inslee's campaign is now filling in the details on how he'd transition the United States to a carbon-free economy. An Inslee administration would set new regulations mandating zero greenhouse gas emissions in new cars, trucks and buses; and push states toward new construction codes to zero out emissions from new buildings.

The centerpiece of the plan: urging Congress to pass a major law steering the United States to "all clean, renewable and zero-emission energy in electricity generation by 2035." That would require a major overhaul of the current electricity grid. Right now fossil fuels such as coal and natural gas account for about 60 percent of American electricity.

The aggressive approach is modeled on a Washington bill Inslee recently signed into law. It's as economically, politically and technologically challenging as the proposed Green New Deal that has dominated the climate change debate on the 2020 presidential campaign so far. Most Democratic candidates have backed the broad goals, first put forward by New York Rep. Alexandria Ocasio-Cortez.

"The 100 % Clean Energy For America Plan will require a massive, full-scale mobilization of our federal government that will spur major innovation and deployment of clean energy," the Inslee campaign argues in the policy paper released Friday, noting the proposal would shutter every coal-fired power plant.

Other candidates also weighing in on climate change

Inslee is the second presidential candidate to unveil an ambitious climate change proposal this week. Former Texas Rep. Beto O'Rourke rolled out his plan during a visit to Yosemite National Park.

O'Rourke wants to zero out national net carbon emissions by 2050, and do that by spending $5 trillion on new clean energy technology and other infrastructure investments. He'd also push Congress to pass a law shifting electricity production toward clean and renewable energy – something an overwhelmingly Democratic Congress wasn't able to accomplish in 2009 and 2010.

It's not just Inslee and O'Rourke. As part of a recent policy proposal for public lands, Massachusetts Sen. Elizabeth Warren suggested banning drilling on federally owned lands and then building enough new wind and solar projects on them to produce 10 percent of the country's electricity. Every Democrat running for president would rejoin the Paris climate accord, the international pledge to lower carbon emissions that President Trump took the United States out of.

A parade of government and United Nations reports have laid out increasingly dire warnings about the coming decades if the world doesn't begin drastically reducing its greenhouse gas emissions. Increased flooding, fires, droughts and refugee crises are just some of the consequences of rising global temperatures, according to experts.

Still, up until now climate change has remained a lower-level concern for voters more worried about immediate economic concerns. "It doesn't rise to the top tier of issues like health care or the economy," said Mulhenberg College professor Christopher Borick, who's been polling on climate change questions for more than a decade.

But those attitudes are slowly beginning to change.

"I think that is in part driven by individual experiences with climate change," Borick said. "As they see it in their daily lives it's starting to become a bigger priority, in terms of their voting strategies."

And as the early months of the 2020 presidential campaign indicate, voters are now hearing much more about it from political candidates – at least on the Democratic side of the aisle.