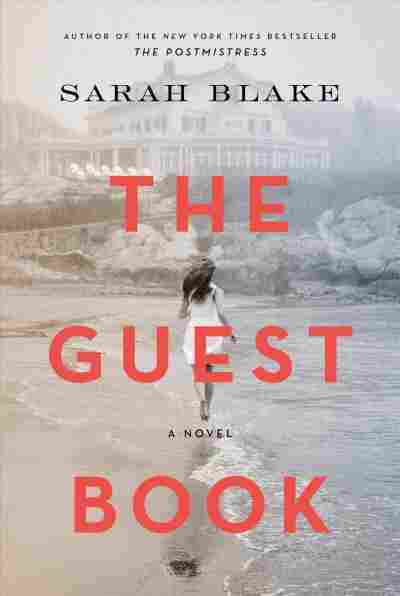 Save the experimental fiction for fall — summertime reading is all about storytelling. As a preseason teaser, I'm recommending two new and very different novels that tell stories readers can get lost in.

Sarah Blake writes in the historical fiction tradition of someone like Herman Wouk: In her 2009 bestseller, The Postmistress, and her latest doorstopper, The Guest Book, multi-family dramas intersect with the larger forces of war and social upheaval.

The Guest Book opens with a domestic shocker. The year is 1935; the place is New York City. Kitty Milton and her husband, Ogden, are insulated from the anxieties of the Great Depression by a rock-solid fortification of old money.

One afternoon, Kitty enters her family's hushed Upper East Side apartment after a pleasant interlude at the Philharmonic. She flings open a window in the master bedroom (remember, this the pre-air conditioning era) and proceeds to freshen up.

When Kitty looks in her mirror, she sees that her two sons have entered the room. The rowdy older one, 5-year-old Neddy, has climbed onto the window seat, stood up, and is about to toss his teddy bear out onto the street 14 stories below. Kitty calls his name and Neddy falls out the open window.

That moment warps the fate of the Milton family for generations, but in the immediate aftermath, Ogden makes a desperate gesture to lift Kitty out of depression: He buys a mansion on a tiny island in Maine. There, the Miltons and their descendants will "summer" for decades to come. And it's there where most, but not all, of the Miltons will fine-tune the WASP practice of shrouding tragedy and secrets in silence.

Blake is an accomplished storyteller, braiding in a large cast of characters and colorful excursions to places like pre-World War II Germany and 1950s Greenwich Village. She's also hip to the fact that this kind of lush historical novel — tied to the annual visits of a wealthy clan gathering to crack lobster tails by the sea — absolutely reeks of off-putting privilege and literary mothballs.

No matter: The Guest Book proudly owns the appeal of an old-fashioned sweeping storyline, and in so doing, complicates many of its characters beyond their shallow first impressions. In fact, one of the most engaging characters here defends the essential human yearning for a good story.

Kitty's granddaughter, Evie, is a professor of feminist medieval history. A postmodernist, Evie knows better than to believe that the past has a "plot." Yet she admits to herself that she "long[s], against reason, for some kind of clear direction, for the promise of a pattern. For the relief ... the unbearable relief of an omniscient narrator." The Guest Book offers that relief and much more. 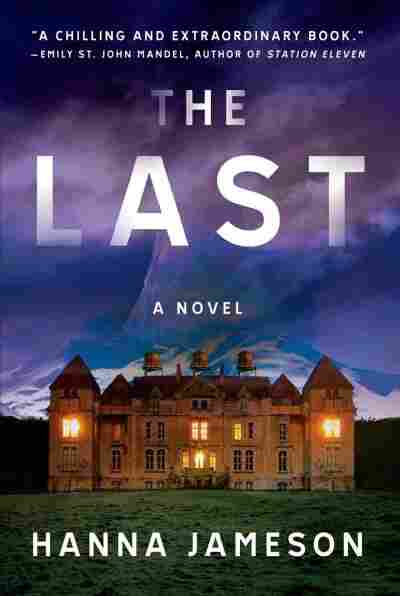 If The Guest Book is a kind of Victorian novel with a gloss of contemporary self-consciousness, The Last by British author Hanna Jameson is an unusual thriller in which Agatha Christie's And Then There Were None collides with Stephen King's The Shining and Nevil Shute's apocalyptic chestnut On The Beach.

The premise alone is golden: An historian named Jon Keller is attending a conference at a grand-but-remote hotel in Switzerland when the world ends. According to news reports which quickly peter out, a nuclear holocaust has wiped out Washington, New York, Berlin and on and on. The 20 survivors left in the hotel after others have taken off debate the wisdom of either walking to faraway Zurich or staying put to wait for the nuclear cloud.

When the water in the hotel begins to taste funky, Jon and some other guests climb to the roof to investigate the water towers. In one, they find the corpse of a young girl who's been murdered.

The Last raises the moral question of whether one isolated murder still matters, given what appears to be the erasure of most of the people on the planet. Jameson presents her story in the form of a diary that Jon writes, so there's a "you are there" vividness to the events. Here, for instance, is an entry from "Day 27" of Jon's stay in post-apocalyptic limbo:

I'm sure I heard guitar music last night. I went for a walk, which was terrifying even by candlelight, and tried to locate the room it was coming from. But I couldn't find it. In fact, I couldn't find anyone. Fourteen floors, almost a thousand rooms, and I didn't see or hear a single person.

Like The Guest Book, The Last tells a story readers will get lost in, but it's also a story you'll be very relieved to escape from.