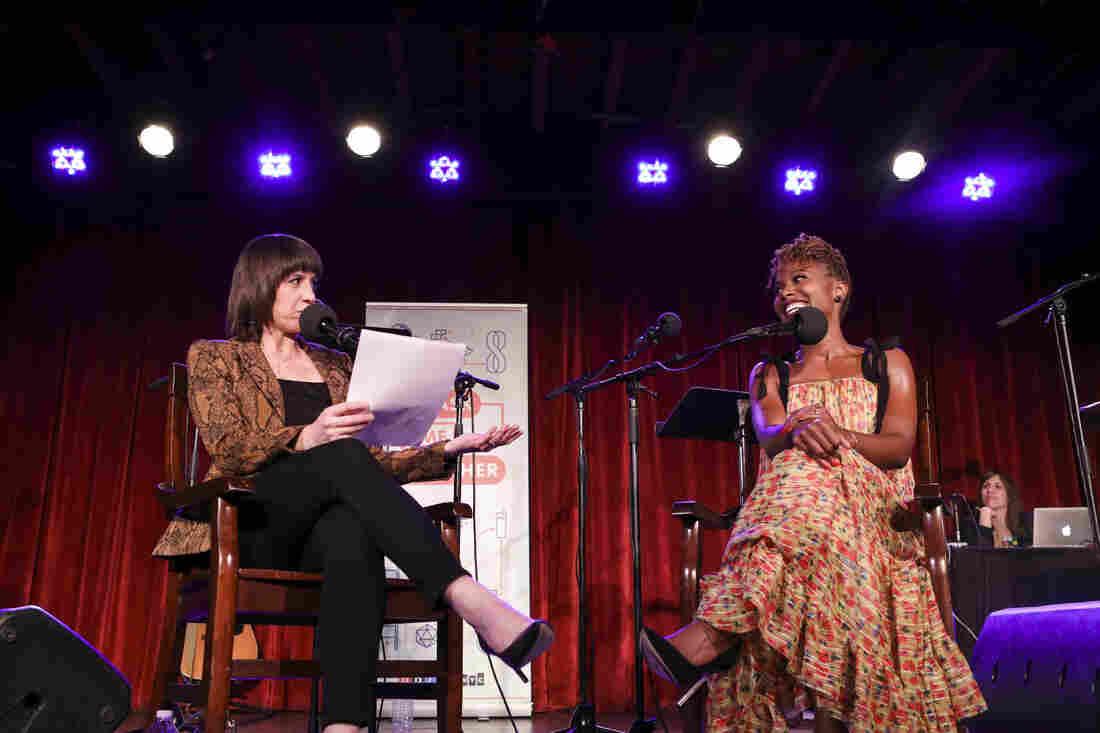 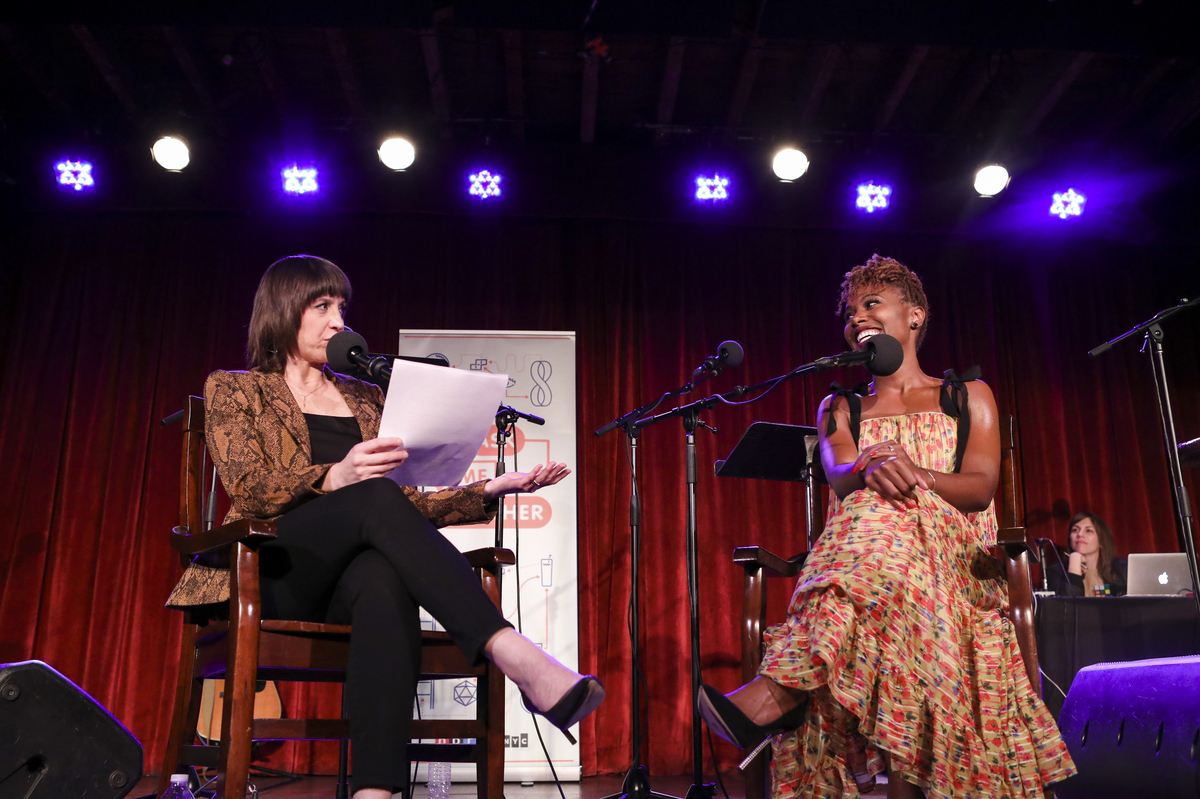 Ask Me Another host Ophira Eisenberg chats with DeWanda Wise at the Bell House in Brooklyn, New York.

After getting in trouble for repeatedly being late to class, a teacher offered DeWanda Wise a choice: head to detention, or audition for the spring musical, The Music Man. Wise said it was his well-meaning push at getting her to do something constructive with her time, instead of wasting it. "He was like, 'I see promise in you,'" she told Ophira Eisenberg, host of NPR's Ask Me Another at the Bell House in Brooklyn, New York.

That promise came to fruition when, after high school, Wise went on to attend New York University's Tisch School of the Arts for drama. That's where she met fellow actor and now-longtime-friend, Gina Rodriguez. Their friendship also led to Rodriguez becoming, briefly, Wise's first manager. "Gina started interning at this boutique management company and gave herself an alias, like a fake name, to pitch herself...and I was her first client," Wise said. "[I] never missed an appointment." On whether or not Rodriquez actually booked her any gigs, Wise admitted, "I don't think so." Now both accomplished actors, Rodriguez and Wise recently shared the screen for the first time, co-starring in the new Netflix film, Someone Great. The romantic comedy depicts a group of college friends who have one last unforgettable night in New York City, before Rodriguez's character moves to California for a new job.

Wise is most widely recognized as the lead role in She's Gotta Have It, the Netflix series helmed by Spike Lee, based on his classic 1986 film of the same name. Wise stars as Nola Darling, a "sex-positive, polyamorous, pansexual" character navigating life while dating three very different men at the same time. Initially, Wise turned the role down because her husband was uncomfortable with her filming sex scenes. 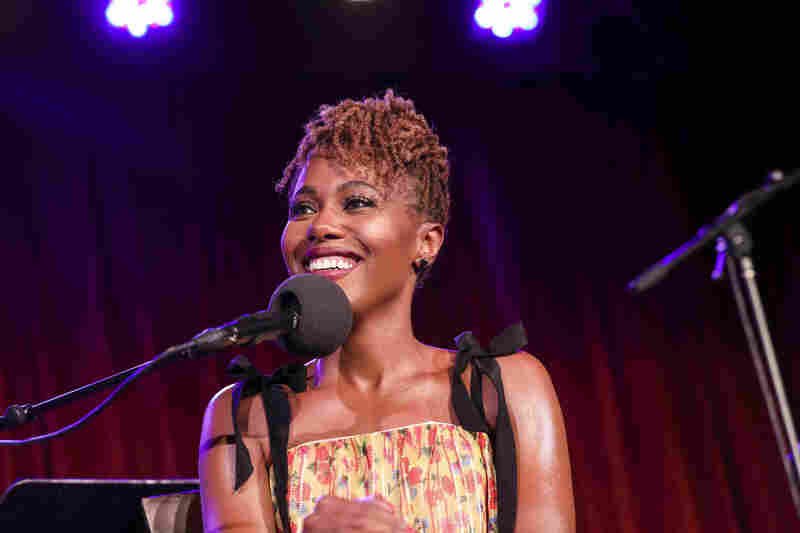 DeWanda Wise appears on Ask Me Another at the Bell House in Brooklyn, New York. Mike Katzif/NPR hide caption 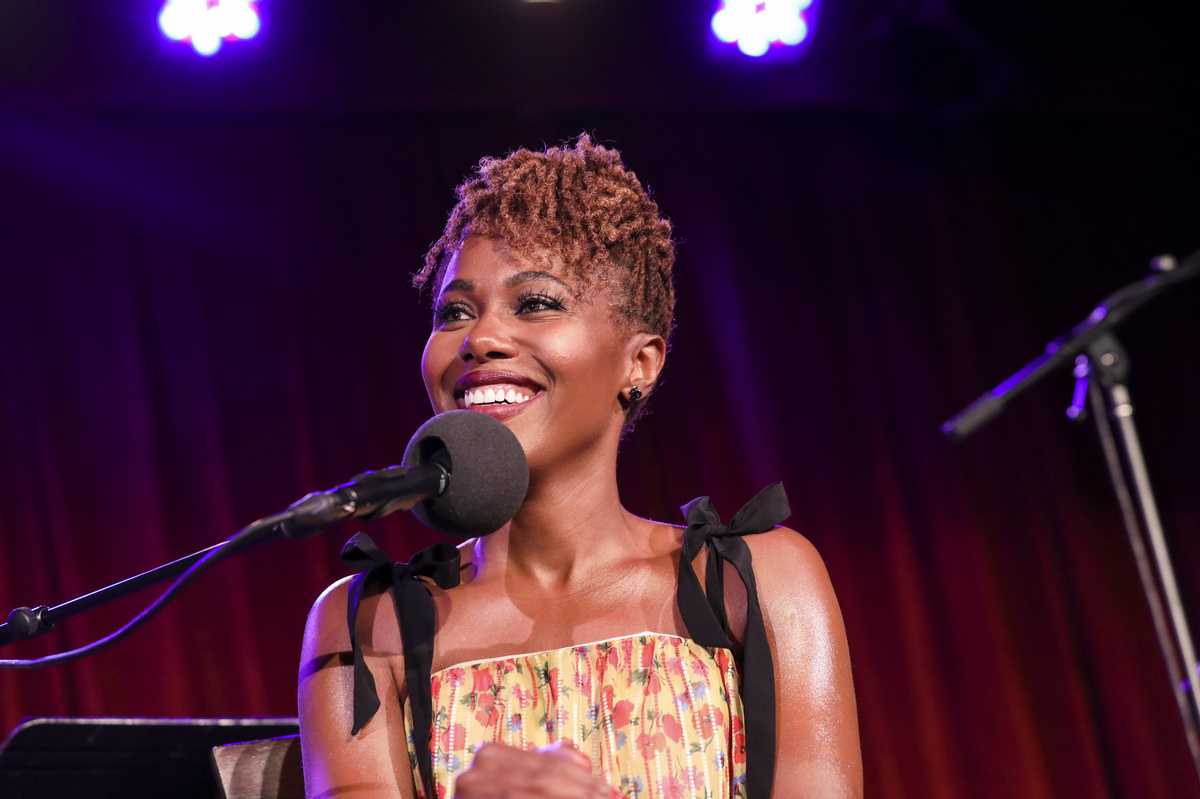 DeWanda Wise appears on Ask Me Another at the Bell House in Brooklyn, New York.

"I taped [an audition] for it anyway, because I did marry a feminist," Wise explained. "And then when it became a thing, I found myself in New York, in my director's session with Spike, and Spike just goes off-gate. He was like 'Do you want to do this?'" Since she hadn't had another conversation about it yet with her husband, Wise told Lee no.

But after some back and forth with Lee, and reading over all the scripts for the first season, Wise changed her answer and accepted the iconic part. "My husband... hasn't seen a single frame [of the show] and we're fine with that," Wise shared. "He believes in my talent and I don't need his approval. So we've got our little system." Wise returns to the role in the second season of She's Gotta Have It, dropping on May 24th.

Wise also appears in the new Twilight Zone reboot executive produced by Jordan Peele. In her episode, "Six Degrees of Freedom," Wise plays Alexa Brandt, one of the crew members on a spaceship. Wise said the show allowed her to draw on her family's history with military service and her own experience as a member of the Junior Reserves Officers Training Corps in high school. "I was super-duper close to being in the reserves [in college], and I've never played anyone who was either like military or former military before, which I was kind of surprised by — 'cause it was on my resume," Wise said. "No one reads your resumes if you're an actor...they're still gonna ask if you could do that thing and you're still gonna lie and be like, 'Absolutely!'"

For her Ask Me Another challenge, Wise played a game called "She's Gotta Have WHAT!?" where every answer was a word or phrase ending in "it."

On why she loved being in the JROTC so much:

"There's an element of performance...it's so cool, it's so beautiful. And I believe in service...when it's under the right direction, it means a lot to serve our country."

Heard on DeWanda Wise And Taye Diggs: She's Gotta Get Her Groove Back.