The Mississippi River Has Been Flooding For 41 Days Now

The Mississippi River Has Been Flooding For 41 Days Now 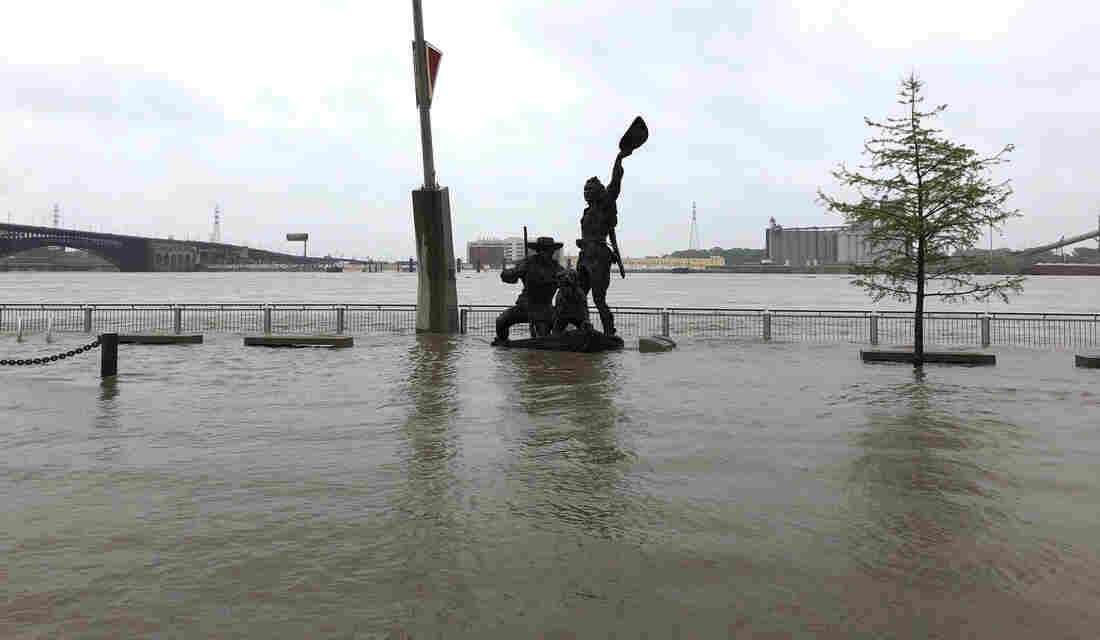 A statue of explorers Lewis and Clark is surrounded by floodwaters along the St. Louis riverfront on Thursday. Jim Salter/AP hide caption 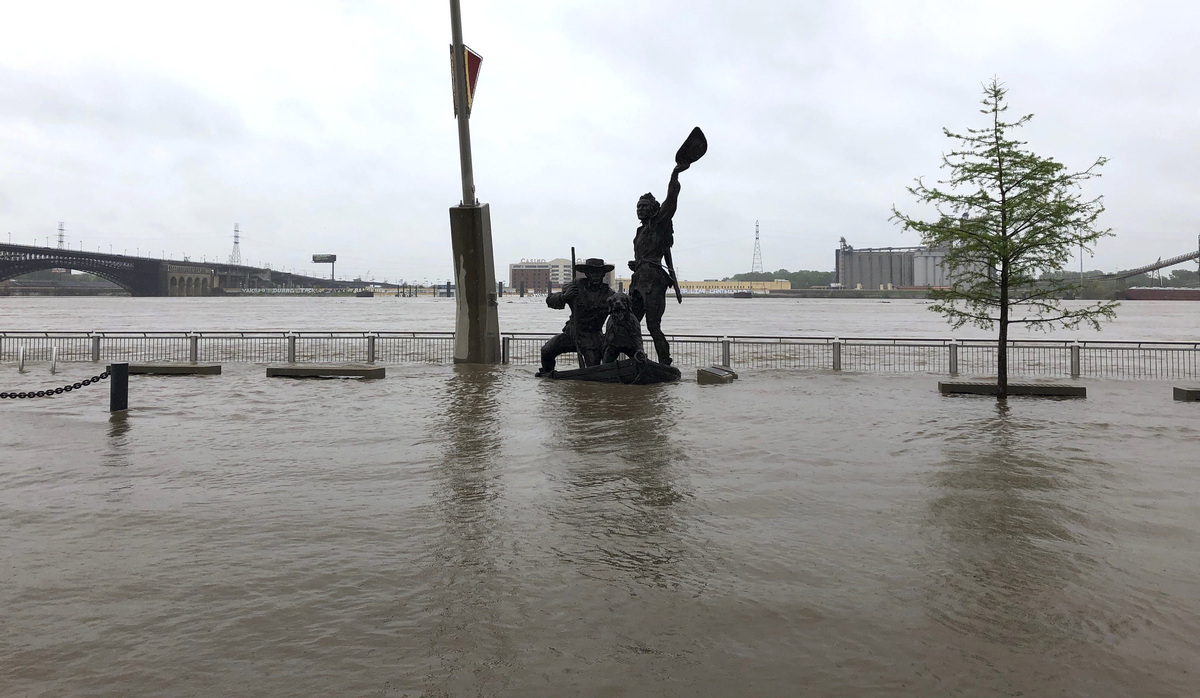 A statue of explorers Lewis and Clark is surrounded by floodwaters along the St. Louis riverfront on Thursday.

The Mississippi River has been at major flood stage for 41 days and counting, and this week a temporary wall failed, sending water rushing into several blocks of downtown Davenport, Iowa.

In that same area — the Quad Cities area of Iowa and Illinois — the river crested at a new record height. The National Weather Service says a new record appears to have been set at Rock Island, Ill.

The previous area record was set during the Great Flood of 1993 — and as NPR's Rebecca Hersher has reported, that flood caused some $15 billion in damage.

Davenport Mayor Frank Klipsch says the city had placed temporary barriers to protect against rising water, and a small section of those barriers eventually was breached on Tuesday after holding for weeks.

"We evacuated about 30 to 40 residents in that area who lived in some condo areas there," he tells NPR's Here & Now. "We deal with [flooding] every year, but this was an unexpected breach and a lot of water got into that area."

The upper Mississippi was inundated with massive amounts of rain earlier this week, exacerbating the already high river level. "The state of Iowa has received more precipitation in the last 12 months than any recorded period in 124 years of data," Bob Gallagher, the mayor of the upriver town of Bettendorf, told reporters Friday. "When you get as much rain as we have this year there's just no way to avoid this situation."

Some Davenport businesses are having a hard time, even if they aren't flooded, reports Benjamin Payne of member station WVIK. "It's slowed things down. The detours have made it more difficult to get downtown," Tiphanie Cannon, who has kept her bakery open, tells Payne. "So I've had customers call me and say, 'We have trucks; we have sandbags. Tell me what you need.' "

According to WVIK, residents and businesses in the flooded area had received warnings about the possibility that the temporary wall could fail, "but still had little time, only about one hour, to protect their buildings and evacuate."

The local minor league team's stadium is surrounded by water, Payne adds, and the team is now referring to it as "baseball island."

Meanwhile, communities downriver are bracing for the high waters to arrive, and farming communities along the Mississippi are at risk.

John Roach, the city administrator of La Grange, Mo., tells reporters that the town is already experiencing its third-highest level of historic flooding.

"The post office has moved out; the Head Start day care has moved out; our mechanic's garage — they've moved out," Roach says. "We've got water up and down Main Street, the whole length of town. It's impacting just about every aspect that you can imagine. ... We're in pretty bad shape."

In March, the National Weather Service predicted that the potential for flooding this spring was "above to well above normal," owing to a large snowpack high in the Mississippi River's basin and saturated soil.

"Snowmelt alone will cause rivers to rise near or above flood stage," NWS said. Lower-than-usual temperatures in January and February, and higher snowfall, contributed to the large snowpack.

And as NPR's Hersher reported, the intense rain that exacerbated this flooding has a link to climate change. "Such intense rain has gotten more frequent as the climate changes, in part because warmer air can hold more moisture," she said. "That means Midwestern communities can expect more years like this one."