Accessibility links
Lego Will Start Building Bricks For The Blind Fewer children today know how to read Braille. Advocates say the tactile toys are a great introduction to the reading and writing system. 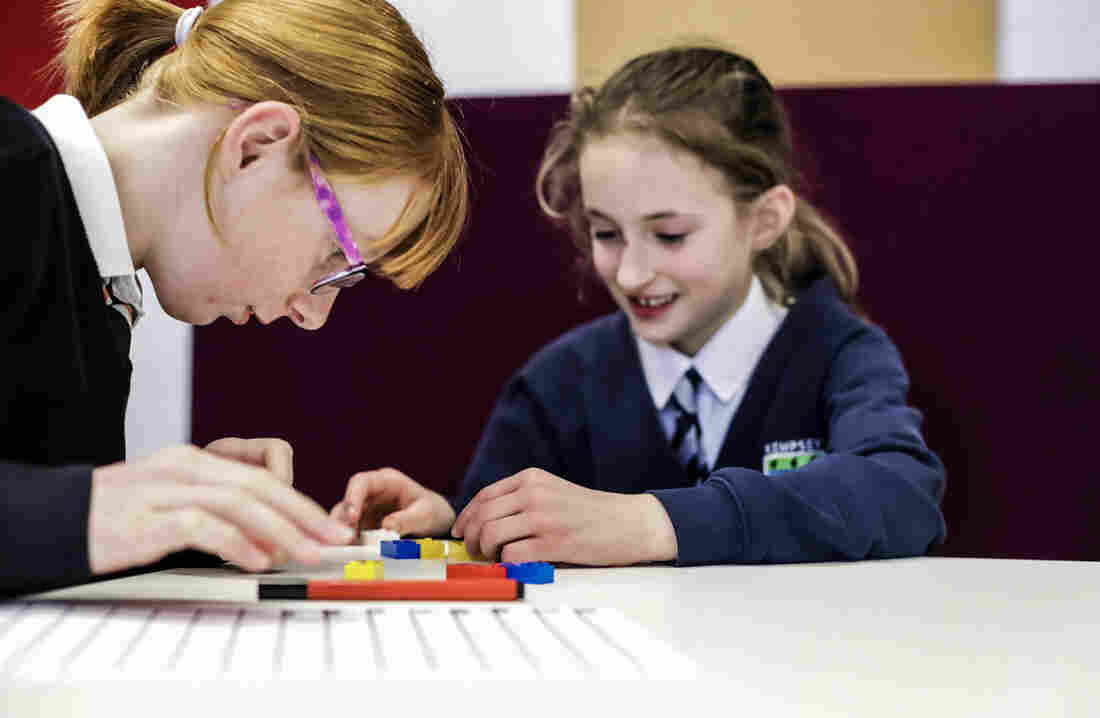 Lego Braille Bricks will feature studs with the same six-dot configurations found in the Braille alphabet, while remaining compatible with the existing bricks. Lego hide caption 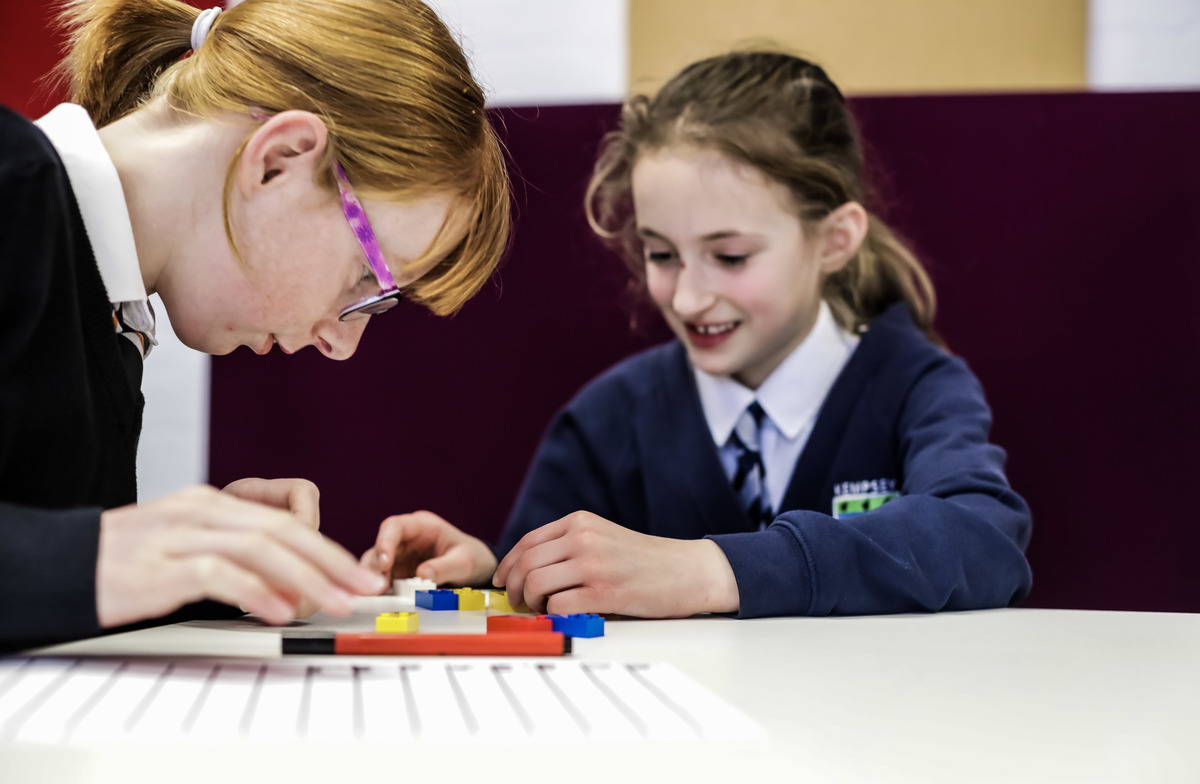 Lego Braille Bricks will feature studs with the same six-dot configurations found in the Braille alphabet, while remaining compatible with the existing bricks.

This week, Lego announced plans to unveil customized bricks designed to help children who are blind or visually impaired learn to read Braille.

At a time when Braille literacy is declining among Americans, advocates for the visually impaired say the new product introduces a fun, interactive way to engage with the tactile system.

"Who doesn't want an activity that they can do with their friends that's also educational?" said Kate Katulak, the assistant director of college success at the Perkins School for the Blind in Massachusetts, in an interview with NPR.

The idea was first pitched to Lego by two nonprofits that advocate for the inclusion of the visually impaired — the Danish Association of the Blind in 2011, and then the Dorina Nowill Foundation for the Blind in 2017.

Since then, the toy company has collaborated with both organizations, as well as a handful of other associations for the blind, on developing prototypes.

Each Braille block will feature studs with the same six-dot configuration of individual letters and numbers from the Braille alphabet. But they'll remain compatible with classic Lego bricks.

The new blocks are being introduced at a time when many Braille educators are lamenting a decline in Braille instruction.

"More and more students who are blind or visually impaired are being mainstreamed in public schools," Katulak said. "Because emphasis is placed on the core curriculum ... there is little time left in the minds of some to teach Braille."

In the United States, less than 10% of the 1.3 million people who are legally blind are Braille readers, according to one study by the National Federation of the Blind. The same study found that "a mere 10% of blind children are learning it."

By comparison, the National Federation of the Blind notes that in the 1950s, as many as half of all blind children learned Braille, when it was part of the curriculum in many schools for the blind.

The rise of audio technology is one factor behind the drop. At an age when students are trying to fit in among their peers, headphones that can mask a disability give kids an incentive to dismiss the importance of learning Braille, Katulak said.

But even in the digital age, audio books, for example, can't replace Braille's relevancy, especially among emerging readers, according to Katulak.

"Audio books are wonderful, but when you think about listening to an audio book, there's really important information that you're missing," she said. "You're not hearing how words are spelled, grammar, punctuation, where does a paragraph begin and end." 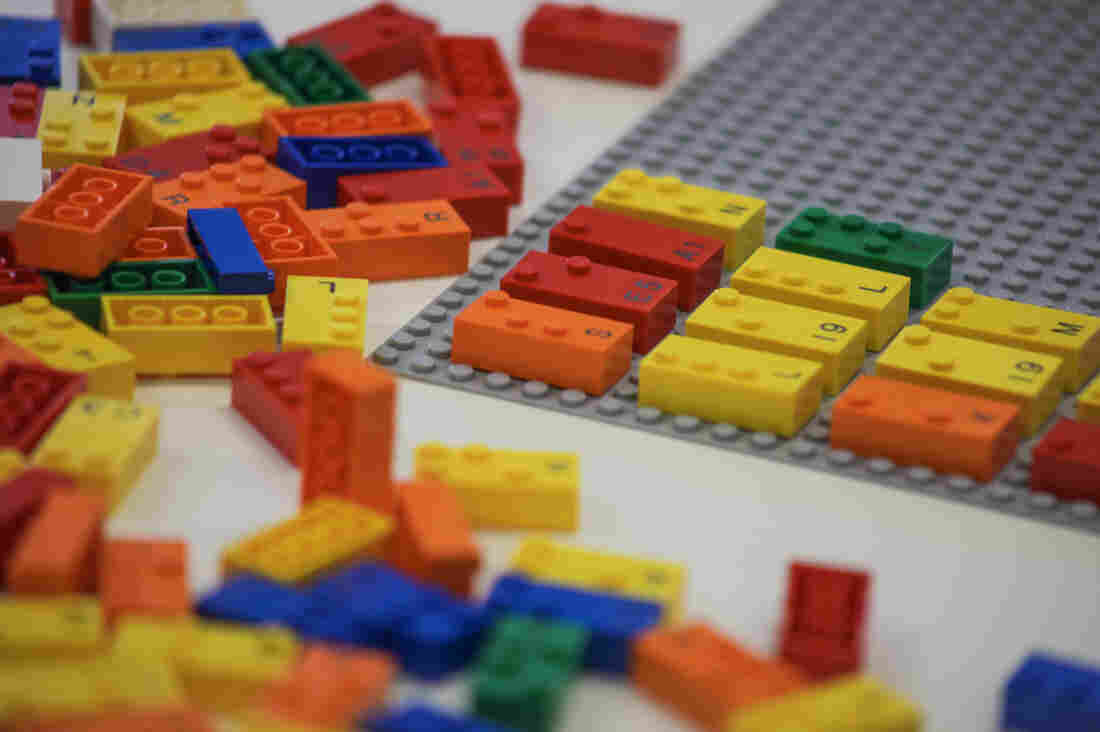 Fewer blind children are learning Braille today, due to the popularity of audio books and other technology used to aid the visually impaired. Lego hide caption 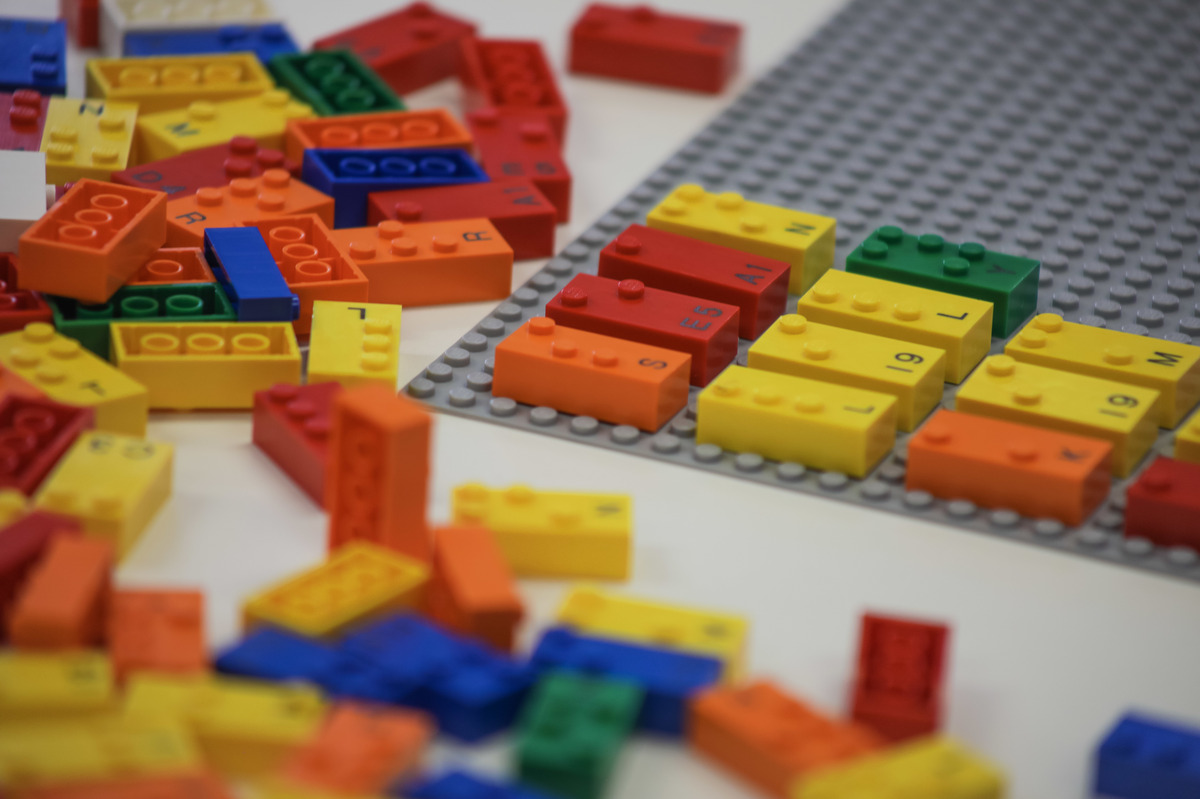 Fewer blind children are learning Braille today, due to the popularity of audio books and other technology used to aid the visually impaired.

Katulak, a certified teacher of students with visual impairments, said her students often wonder why they need to read Braille when their non-visually impaired classmates don't.

Learning Braille is just as beneficial to the visually impaired as learning to read for students who aren't visually impaired, she said. "If they only learn to read by listening, it's going to impact their writing and their own reading abilities."

This is something parents understand once they see the data linking Braille literacy to long-term success, Katulak said. "We give them evidence that suggests students, when learning Braille, they're more likely to gain employment and have greater academic gains, as well, later in life."

On Lego's new Braille Bricks, which are set to hit commercial stores in 2020, Braille is also translated into numbers and letters allowing parents and educators to follow along.