Accessibility links
Some States Still Shield Spouses From Prosecution When They Rape Their Partners This week, Minnesota's Gov. Tim Walz signed a bill removing protections for individuals who rape their spouses. About a dozen states still shield spouses from prosecution in sexual assault cases. 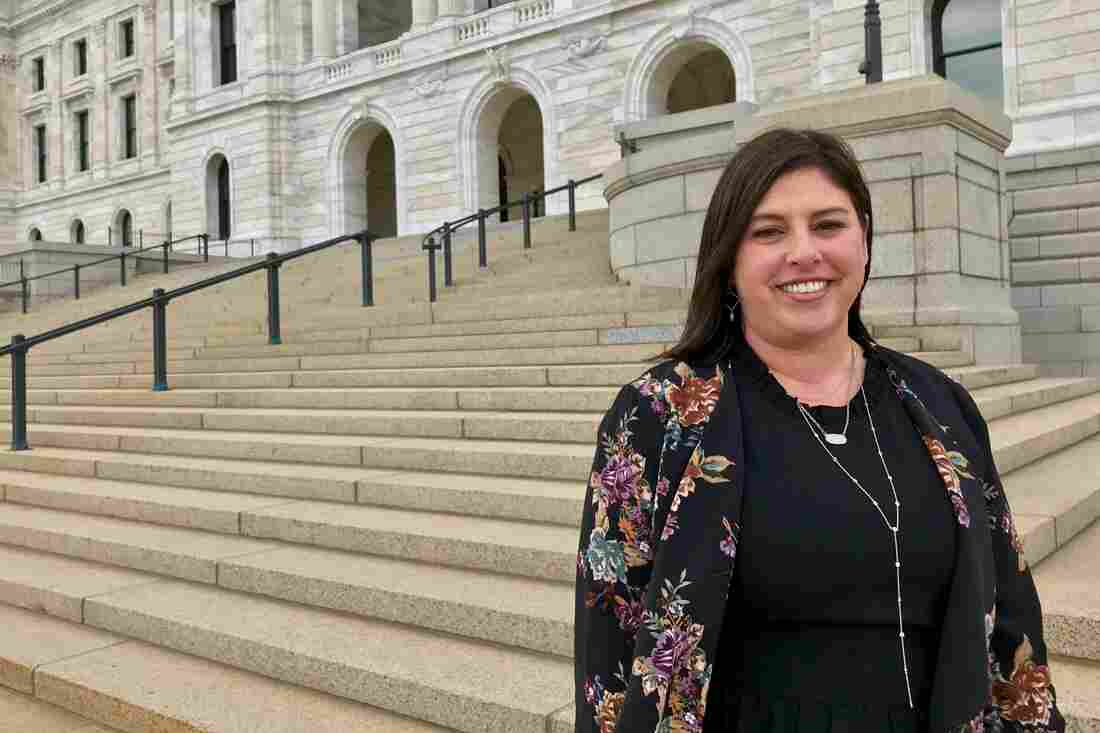 In Minnesota, Jenny Teeson testified at the state capitol about being raped by her husband at the time. This week, Gov. Tim Walz signed a bill removing any protections for spouses who rape their partners. Briana Bierschbach/MPR News hide caption 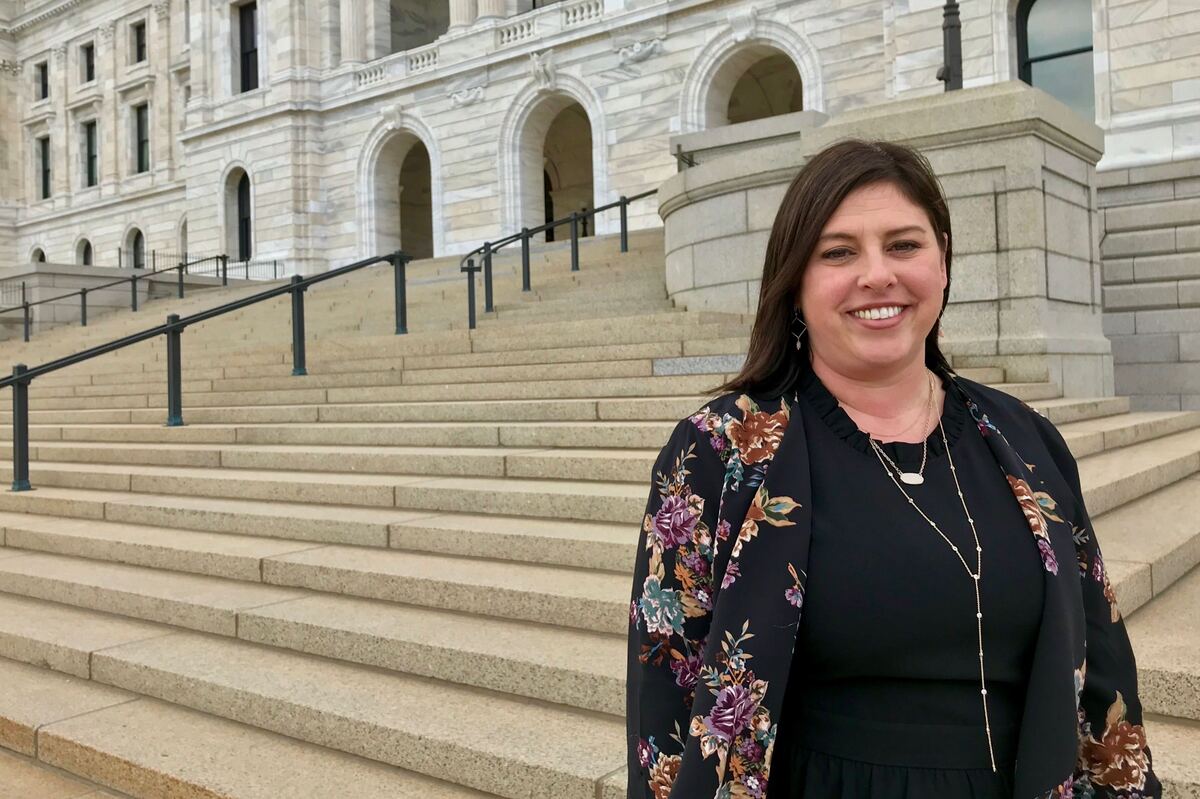 In Minnesota, Jenny Teeson testified at the state capitol about being raped by her husband at the time. This week, Gov. Tim Walz signed a bill removing any protections for spouses who rape their partners.

Jenny Teeson says her husband made plenty of sexual requests during their marriage that made her uncomfortable but she didn't discover until they were going through a divorce that he raped her.

She was reviewing files on his hard drive and made a shocking discovery: four videos he filmed raping her while she lay unconscious. In one video, the camera zooms in on Teeson's face and lying next to her in the bed is her young son.

"He was next to me and I have no idea because I was so out cold," she says. "This person, who I'm supposed to trust, would drug me and make me be so out cold that I couldn't respond if something was wrong with my children."

Teeson says it's a hard story to tell but she's been making the rounds at the Minnesota Capitol convincing lawmakers to change a law she says prevented her from getting justice.

Thursday, Gov. Tim Walz, a Democrat, signed the bill that repeals a little-known provision in law shielding people from prosecution in cases where they rape their spouse. It's part of a broader push in the wake of the #MeToo movement to change and roll back outdated laws on the books related to sexual harassment and assault.

What's known as the marital rape exception can be traced back hundreds of years to British common law, which was eventually imported to American colonies. Then, it was believed that a woman's unconditional sexual consent was just part of the marriage contract.

Most states had marital rape exceptions as part of their law until 1979. That's when a Massachusetts bartender broke into the home he used to share with his estranged wife and raped her. The case led to the first marital rape conviction in the nation.

Womens' rights groups campaigned state-by-state for lawmakers to change their laws, and by 1993, marital rape was technically illegal in all 50 states. But, "there's these little loopholes and sub-statutes that hide deep in the books that pop out every once and awhile," Teeson says.

Until this law, Minnesota prevented someone from being prosecuted if they are in a "voluntary sexual relationship" at the time of the alleged offense, or if the complainant is the actor's legal spouse. The state did allow prosecution if the couple lived apart and one of them had filed for legal separation.

"We like to think of marital rape exceptions as an artifact of history, as a relic of a time when a woman was considered the property of her husband," says Democratic Rep. Zack Stephenson, a prosecutor who carried the House bill to eliminate the exception.

Roughly a dozen states shield a spouse from prosecution in a rape case, including South Carolina, where a married victim has to prove a threat of physical violence within 30 days of the rape. Ohio lawmakers are also debating removing a marital rape exception on their law books.

Teeson went to law enforcement after she discovered the videos. They planned to charge her ex-husband with sexual assault, but she says that's when his attorney discovered the loophole.

"We were all dumbfounded," Teeson says. "The county attorney's office didn't know it, and the judge didn't know that this law existed."

It just solidified that what I'm doing is right and that one person's voice can really make a difference.

Ultimately, her ex-husband was convicted of invasion of privacy in the case. That came with a 45-day jail sentence, of which he served less than 30 days.

The Minnesota Sentencing Guidelines Commission estimates repealing the exception will result in seven additional convictions each year. The National Sexual Violence Resource Center said more than 50 percent of female victims of rape report being assaulted by their partner.

The bill was vetoed last year in a larger budget bill, so Teeson says she decided to become a regular at the Capitol this year to make sure it passed. She met with legislators and testified in committees.

It's a rare spot of bipartisanship this session in Minnesota, which has the only divided legislature in the country.

Teeson was up in the gallery with her parents for the House vote. In an unusual move, the entire chamber turned in their seats after the vote to face her, breaking into a round of applause.

"I don't think I've seen my dad cry, ever. And my mom and my dad and I looked at the board and within two seconds, three seconds, the whole board lit up green," she says, breaking into tears. "It just solidified that what I'm doing is right and that one person's voice can really make a difference."