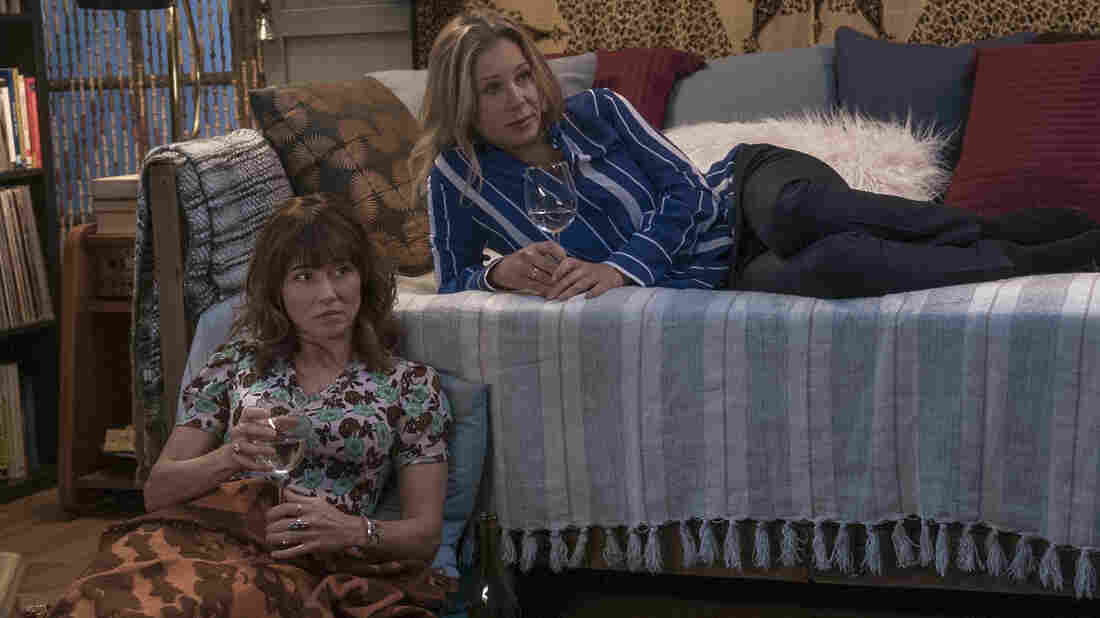 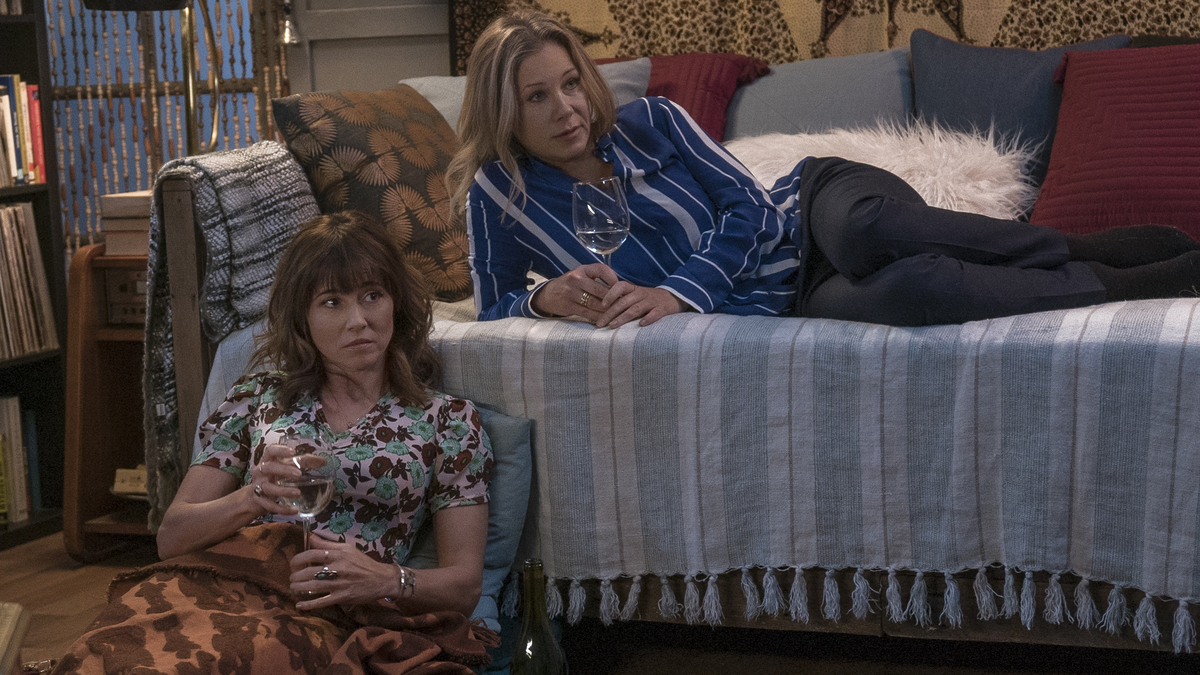 Linda Cardellini and Christina Applegate star as fast friends in Netflix's new comedy-drama Dead to Me.

The new Netflix show Dead To Me is very good. Beyond that, it's a hard show to review. It's hard to even discuss what kind of show it is without spoiling things that you should get to discover for yourself. But let's try, because it's an enormously interesting and rewarding watch.

Christina Applegate plays Jen, a mother of two whose husband has recently died in a hit and run. Jen is awash in grief and anger — the first time we see her, she's accepting a casserole from a sympathetic neighbor while brutally volleying back the woman's clumsy attempt at kind words. She tries out a support group for the bereaved, but when she gets there, she's instantly uncomfortable until, as you always hope will happen in these situations, she meets one person she can talk to. Judy (Linda Cardellini) manages to crack a little joke, and recognizes Jen from Jen's real estate advertising.

Judy is entirely too eager and earnest for Jen's darker and more reserved tastes in people — she wants to hug Jen almost upon meeting, which Jen rebuffs. But it turns out that Judy's story is similar to Jen's: her fiance died two months ago, and she doesn't know what to do with herself. And before Jen knows it, Judy is growing on her. Their friendship grows out of the fact that they both can't sleep, can't talk about anything else, can't get past the things that haunt them. Jen even confides in Judy about her freelance investigation of her husband's death, which involves writing down the license numbers of cars with dents in their front ends. (Judy, like any good friend watching someone tilt at a windmill: "Okaaaaay.")

Is this going to be a galpal bonding show, like Grace & Frankie? Will they fall in love? Will Jen enlist Judy to help her solve the mystery? How, exactly, does James Marsten, playing a hilariously obnoxious and arrogant weasel, fit into this story? Let's not answer too many of these questions.

Christina Applegate and Linda Cardellini are both actresses who are never unwelcome, in any project, at any time. They both enliven practically everything they appear in, and this is my favorite thing I've ever seen from both of them. Applegate is so, so good here as Jen: angry and vulnerable and intelligent, clever and sometimes foolish. Cardellini's Judy is initially more of a mystery, and it spoils very little to say that by the end of the first episode, Jen has learned some things about Judy that she didn't know. But that is only the beginning of the complicating and re-complicating of the story.

Dead to Me is often very, very funny — but it's also rooted in profound emotion that makes everything matter. It invests in the friendship between Jen and Judy at the same time it makes that friendship feel loaded and unpredictable. The pacing is very good, doling out plot developments at the right speed.

There are times when the most helpful, accurate, non-spoiler review is something along these lines, and so I leave you with it: I binged this sucker almost as soon as the screeners came in, and I didn't do much else until I finished all ten episodes. It's a good one.