Accessibility links
In New Hulu Documentary, Dr. Ruth Talks About Herself For A Change Dr. Ruth Westheimer revolutionized talk around sex in America. At 90, she's letting her own walls come down in a new documentary. As a Holocaust refugee, she says it's her duty to speak up. 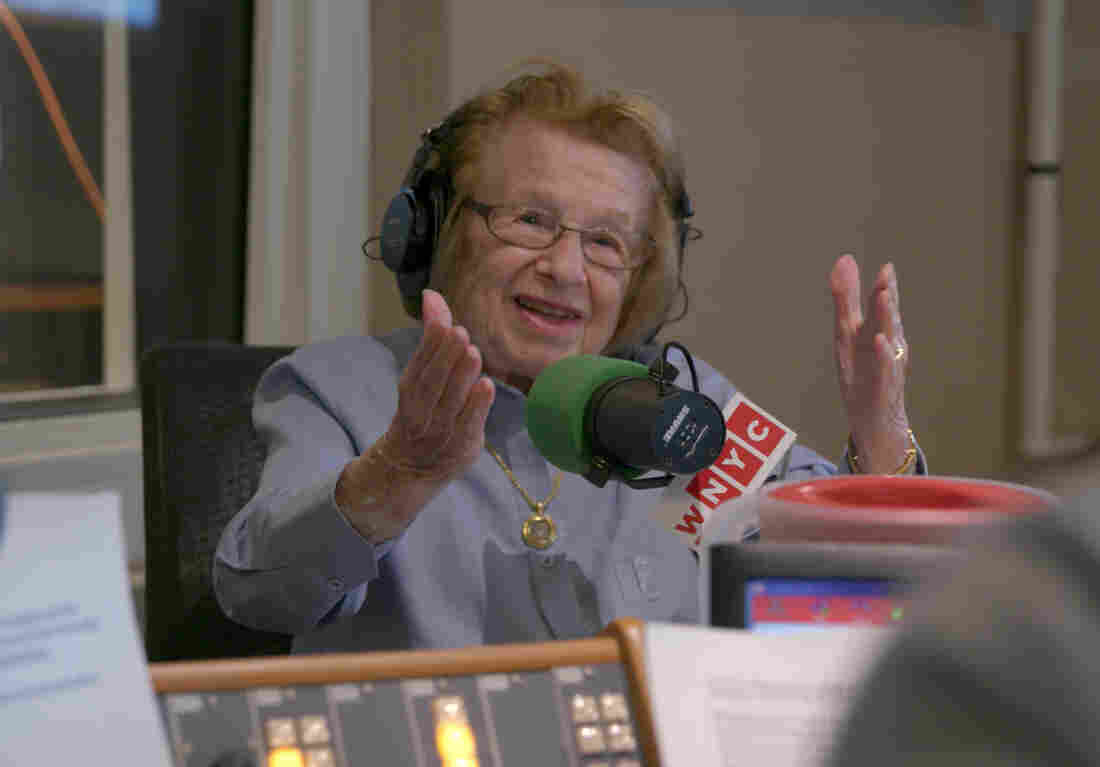 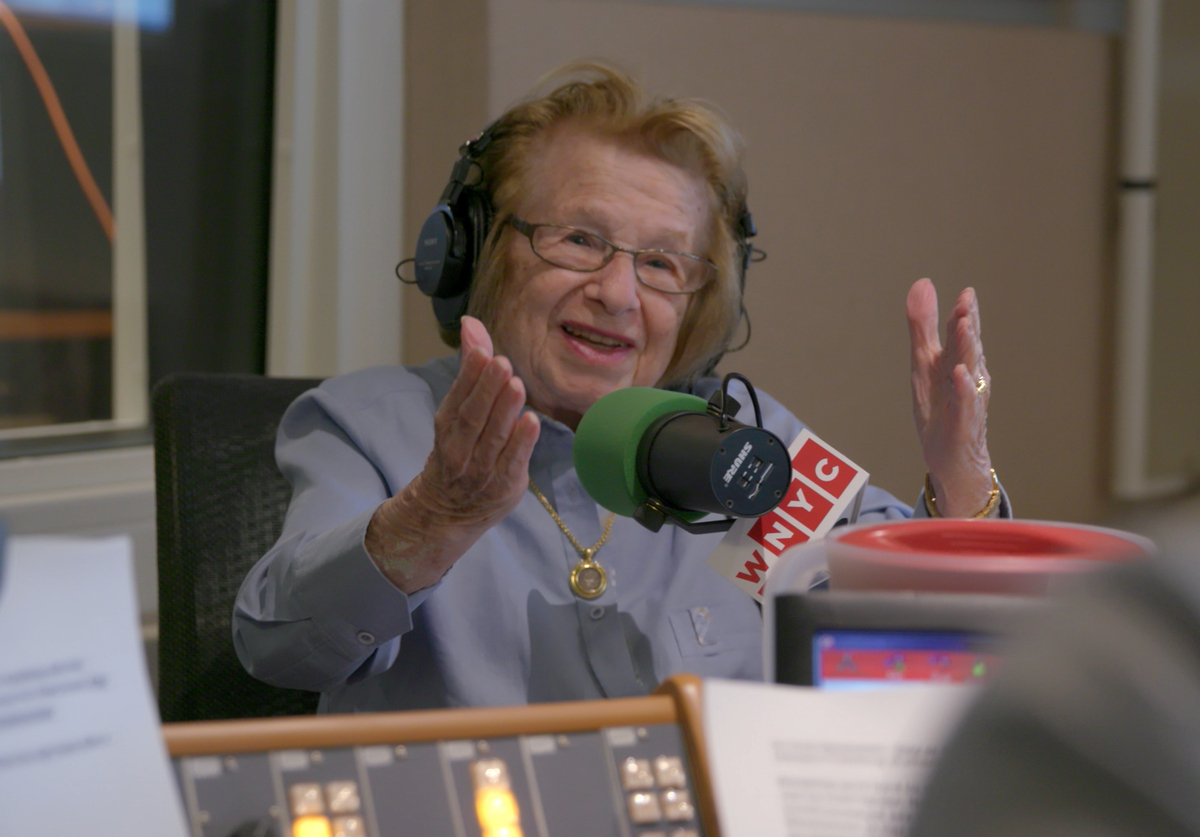 Ask Dr. Ruth chronicles the life of Dr. Ruth Westheimer, a Holocaust survivor who became America's most famous sex therapist, and transformed the conversation around sexuality.

Dr. Ruth brought sex education into America's homes at a time when frank talk about the subject was considered off-color and out-of-bounds in broadcasting.

But Ruth Westheimer was more guarded when it came to talking about her own life story: a young Jewish girl who became a refugee during World War II.

At age 90, Dr. Ruth is opening up. An upcoming documentary on Hulu, Ask Dr. Ruth, profiles Westheimer's life and journey, revealing a side of her life that even her own children never fully understood until recently.

"I have changed my mind with this film," she said in an interview with NPR's Scott Simon.

Her reticence around her early years was once part of her survival mechanism, she admitted. Now, as one of the few living victims of the Holocaust (she refuses to call herself a "survivor" since she was not detained in a concentration camp), she says it's necessary that she speak up.

Westheimer's parents are believed to have died at Auschwitz. Her family had sent the 10-year-old from Germany to Switzerland in 1939.

For much of her life, she said, "I have stayed away from politics because I talk about sex from morning to night."

Today, however, she is becoming more vocal. On the issue of family separations, she said, "I do talk about how upset I am when I see children being separated from their parents because that's the story of my life."

On the issue of abortion, she talks about how working at Planned Parenthood has informed her view on heated debates around reproductive rights.

Most people would be surprised to find out that in her late teens, Dr. Ruth was a sniper in what was the forerunner of the Israel Defense Forces during the Arab-Israeli War.

Westheimer puts her training to the test in a scene in the documentary where she's putting a Sten gun together. "At one time I'm really quite upset at the thought of how many people got killed," she said, referring to the moment she's seen putting down the gun.

Stationed on Jerusalem's rooftops, she was charged with monitoring the safety of Israeli soldiers responsible for checking vehicles entering the city.

Though Westheimer said her legs were badly wounded early on in the war, the work of a German Jewish surgeon ensured that she recovered well enough to become a black diamond skier.

But she'll have you know that her injury has nothing to do with her diminutive stature. "I would have been short anyway."

That's the kind of humor she said she brings to university classrooms today, where she continues her work in sex education. "In the Jewish tradition in the Talmud it says that, unless taught with humor, is a lesson not attained," she said.

She's often credited with revolutionizing sex education that's helped catalyze women's equality. "From the beginning, I said a woman has the responsibility for her own sexual satisfaction," she said. "And that has certainly helped the movement."

As a professor at Columbia University's Teachers College, she'll teach a seminar next year about the family as depicted in the media.

She'll be 91 in July, but Westheimer has no intentions of slowing down. Her advice for others is the same she gives herself: "Not to retire, but to rewire. To keep busy."

Ask Dr. Ruth is out in theaters now, before it releases on Hulu on June 1.

A previous Web version of this story said Ruth Westheimer had fled to Switzerland in the late 1930s after her parents died. In fact, her family sent her to Switzerland. Her relatives died in the Holocaust.