Accessibility links
Interview: Pitbull, A Son Of Miami, Is Always Looking Worldwide His latest project sees him playing a blue one-eyed dog in the animated film UglyDolls. But for the Cuban-American rapper from Miami, it's only the latest in a series of big picture projects. 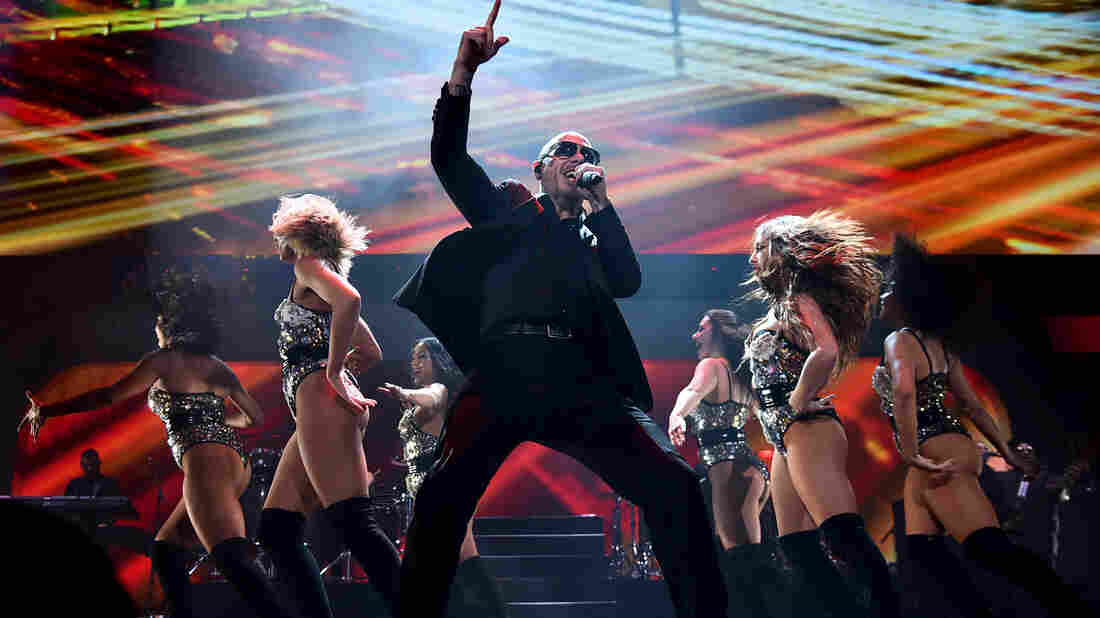 Pitbull performs onstage at iHeartRadio Fiesta Latina in Miami, Fla. in 2018. Among his recent projects is voicing an animated one-eyed dog in UglyDolls. Theo Wargo/Getty Images for iHeartRadio hide caption 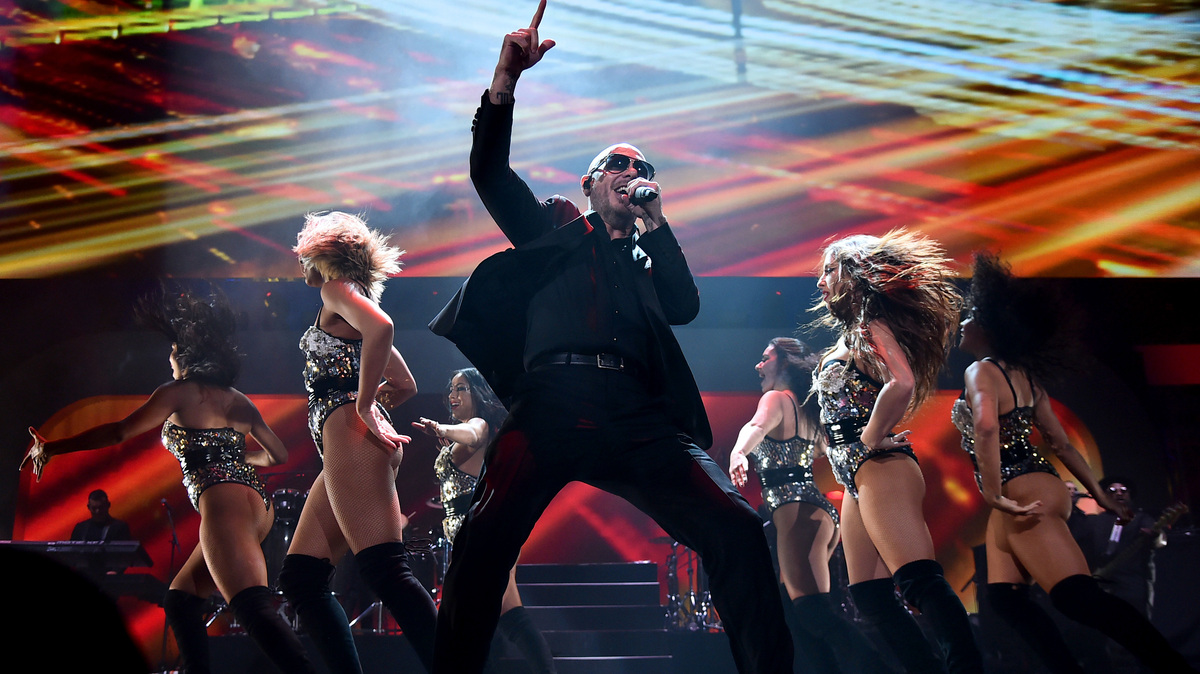 Pitbull performs onstage at iHeartRadio Fiesta Latina in Miami, Fla. in 2018. Among his recent projects is voicing an animated one-eyed dog in UglyDolls.

The Miami rapper Pitbull, aka Mr. Worldwide or Mr. 305, can often be heard shouting his mantra 'Dale!' in the middle of a song, wearing a pair of aviator-style sunglasses on stage and generally having a good time.

It's even true of his newest digital avatar.

Pitbull Gets 'Epic': 'You Constantly Have To Defend Your Success'

Pitbull, whose given name is Armando Christian Pérez, voices Uglydog in the new animated movie UglyDolls. It's about a group of, well, ugly dolls — voiced by other musicians and actors — who learn how to love their imperfections in hopes of finding a child who will love them back.

"So what I love about it is they gave me a chance, and a lot of room, to be able to play with the character, which clearly you guys see is pretty much me ... a little blue dog with one eye," Pitbull says.

It's the latest in Pitbull's long list of projects. After releasing 10 studio albums and selling more than 65 million records worldwide, Pitbull has gone from making hits to leveraging his fame: a clothing line, a film and television production company, endorsement deals, a Miami Beach restaurant, multiple charter schools.

In an interview which he conducted just up the dock from his boat — which was being serviced after a trip to the Bahamas — he spoke about UglyDolls, his Miami upbringing and his ambitions going forward.

On his life story

I never looked at my life like it was rough, because it to me was just my normality. I thought everybody else was going through the same things at the same time. And growing up in a city like Miami in the '80s, anybody that understands what it looked like at that time, it was basically the cocaine capital. So it being the cocaine capital, I got a chance to see entrepreneurism at its finest at a very young age — just with a different product.

So what I learned how to do was basically what I told everybody through my records. I took a negative and made it a positive. It's the same hustle, same mentality, same grind, same struggle, same fight — just a different product, and my product is music. So to be able to come from nothing to something, and go from being maybe the delinquent from Miami to ... the son of Miami, like you were saying, it just goes to show you, man: You never know what you could do with life. And that's why I tell everybody out there: Why dream when you can live it? 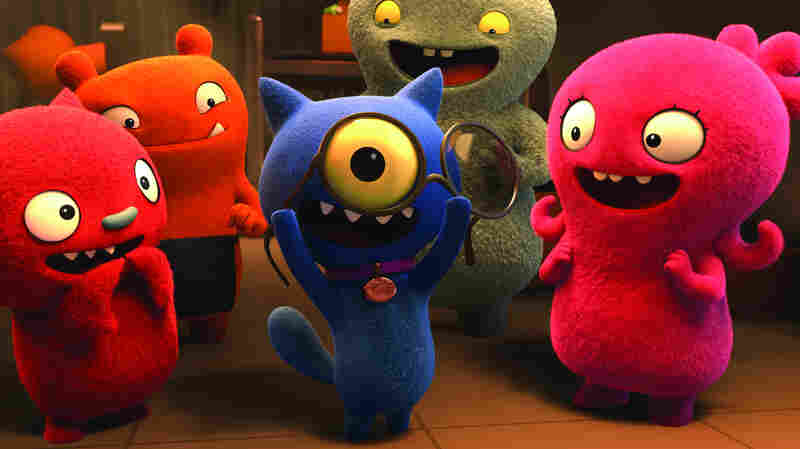 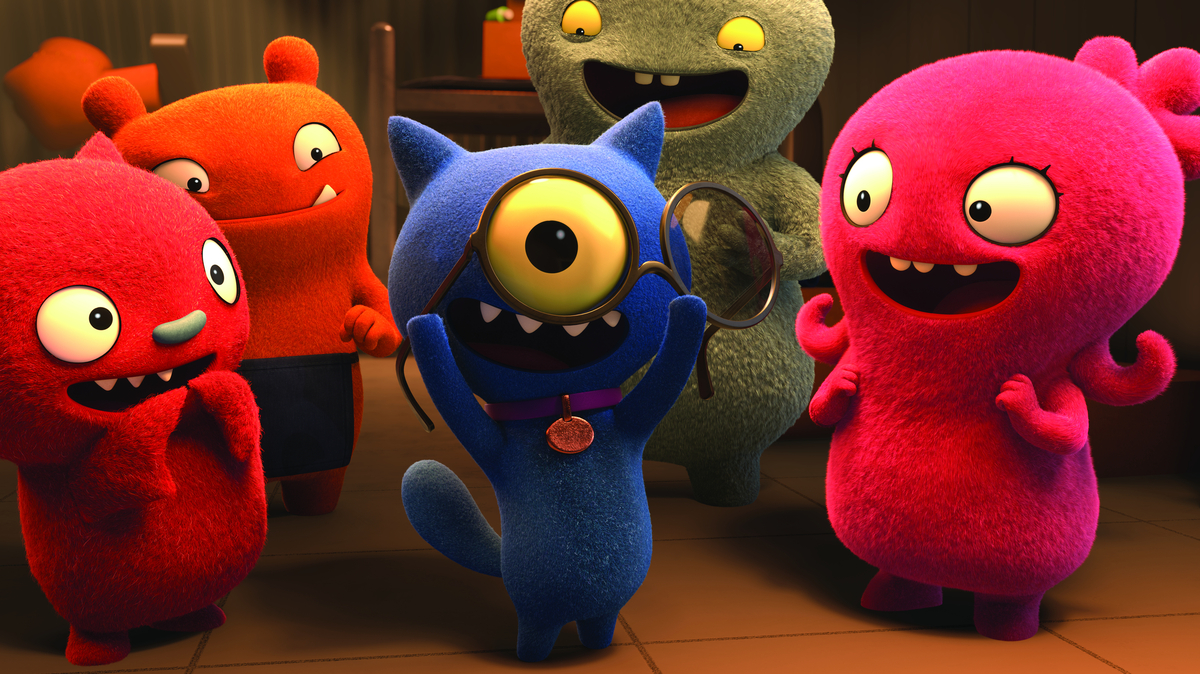 I always give thanks to Miami, 305, Dade County, The Bottom, Magic City, because there's no way I would be who I am and be able to deal with the world the way that I do if it wasn't for this beautiful city. ...

On his mother's arrival in the U.S. in Operation Peter Pan, and never having performed in Cuba

Well for one, my mother did come in Peter Pan. My grandmother was a part of the revolution with Castro in Sierra Maestra [mountains] until she figured out that wasn't the way to go, and that's exactly why my mother was a part of Operation Peter Pan. So she went from Cuba to Indiana and didn't see abuela, my grandmother — some people say it was four years, some people say it was seven years, so let's just call it five years. Either/or, it's a long time to be away from your mother and also from your culture. My aunt (tía) was a political prisoner.

And as far as going back to Cuba ... my first time in Cuba was 2001, but I did that strategically, before the name Pitbull blew up. And I wanted to at least see what is it that that made our culture so special. So I got a chance to go down there. Why I don't go now, and do the concert, and do what everybody else does? Because then it's just a splash with no ripple effect. I want to make sure that when we go down there, not only do we give the people what they want musically, but we have a plan in place, with a strategy, on finding a way to open schools down there, to help our hospitals down there, to help our neighborhoods down there, to build parks down there, to really have a ripple effect. The same way that we've done in our city is the same when we want to do in Cuba. And that's the reason that I've kind of stayed back. ...

I mean, you're talking to a kid that didn't graduate from high school, but yet is building high schools across the nation. Now there's certain things — you know, there's obstacles like anything in life. We'll see how that works out, pero, paso corto, vista larga; that means short steps, long vision. One way or another, it's going to happen. Mark my words.

On the boom moment in Latin music

It's embedded in culture. At this point right now, the reason that it's going to be a bigger movement — or I would even call it a revolution — is because now music is tapped into worldwide, literally. So you can hear records from different countries on your phone; before, you didn't have that access. So that's why me making music, me making global music — and when I say me I mean we, I mean us, because I don't do this by myself ... it's global music.

And the Latin movement is a major part of it, because there's a lot of sounds in a lot of different countries. Whether it be — whether it's Colombia, whether it's in Brazil, whether it's Dominican Republic, whether it's Cuba, whether it's Puerto Rico, Venezuela, whatever it may be, Mexico, we are grabbing these sounds, and we are basically — and this is the story of my life, by the way — just remixing them and making them something new. They say that good artists borrow, great artists steal, right? I think Picasso said that one.

On President Trump and the Latino community

Well, I can tell you this much. Being Cuban-American, I was already born politically incorrect. So, Trump ...

On if he aspires to be a role model

I'm not here to be a role model, to be honest with you. I'm just here to lead by example. I'm far from perfect and I'm far from an angel, but I'm here to teach people that failure is the mother of all success — that I slip, I fall, I lose. But I'm openly, I'm open to admit ...

I constantly lose and fail. Constantly. I just put out two albums didn't sell — not too many records like the other two before that did. That would be an L or a fail for a lot of people. For me, it's not. Because for me, like I say, you are going to fall, you are going to fail, you are going to slip. And when you do, embrace it; learn from it. Don't think that that was actually something that's going to hinder you from becoming whoever you want to become. That's actually the fun part of it. That's the fun part of the journey. That's what I always look forward to and that's why I wake up every day telling the world: Come on baby, let's ride. What you got for me?

Sophia Alvarez Boyd and Caitlyn Kim produced and edited this interview for broadcast. Patrick Jarenwattananon adapted it for the Web.