Accessibility links
Reports of Cease-Fire After Two Days of Violence On Gaza Border The escalation in hostilities was the deadliest in years, as rockets were fired from Gaza and Israel's military launched targeted airstrikes. Four Israeli civilians and 23 people in Gaza were killed. 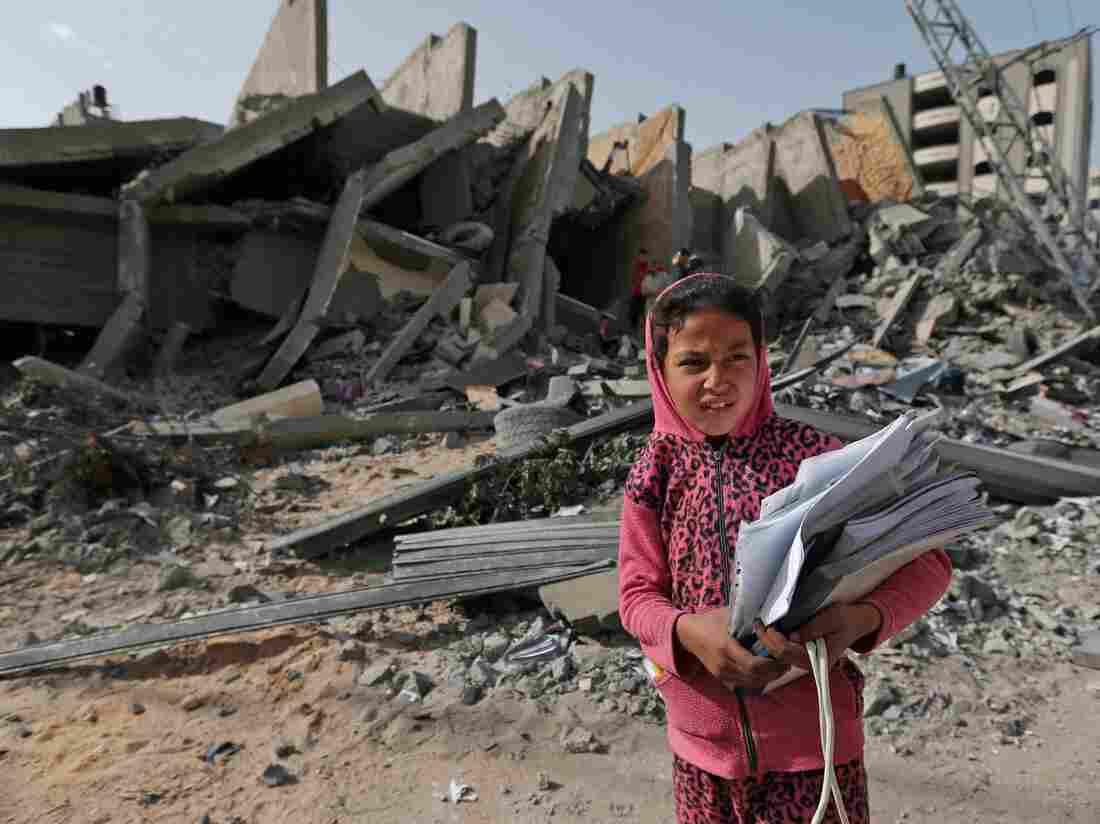 Palestinian leaders in Gaza report that they've agreed to a cease-fire with Israel to end a deadly two-day escalation of violence. Here, a Palestinian girl stands in front of a building on Monday that was destroyed during Israeli airstrikes on Gaza City over the weekend. Mahmud Hams/AFP/Getty Images hide caption 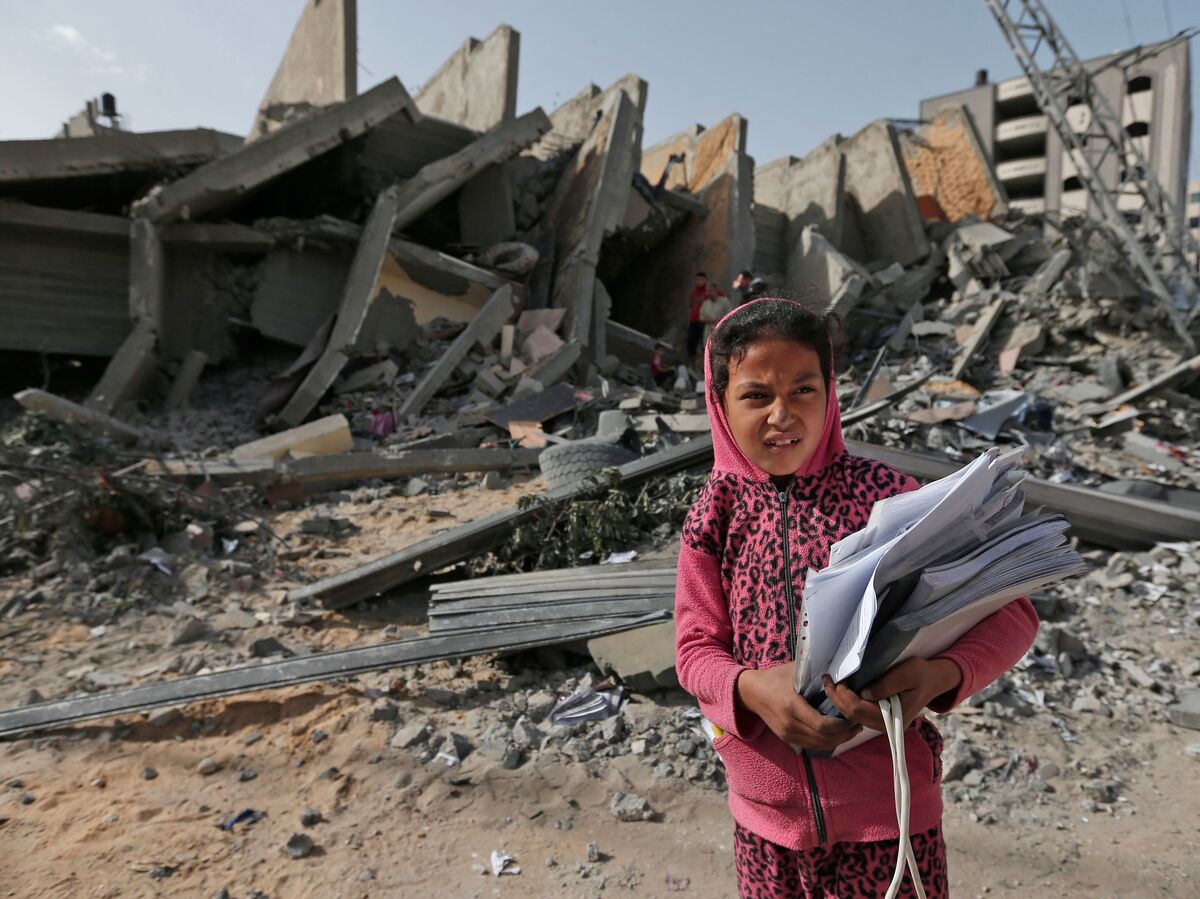 Palestinian leaders in Gaza report that they've agreed to a cease-fire with Israel to end a deadly two-day escalation of violence. Here, a Palestinian girl stands in front of a building on Monday that was destroyed during Israeli airstrikes on Gaza City over the weekend.

The Israeli military said Monday that it had lifted restrictions allowing residents in southern Israel to resume daily activity after two days of intense and deadly fighting. To many, the move is an indication that a cease-fire between Israel and militant groups has been brokered — even if peace only holds temporarily.

Hamas, which controls the Gaza Strip, said that Egyptian mediators brokered the deal, The Associated Press reports. The militant group Islamic Jihad said a "mutual and concurrent" truce with Israel had been reached.

In Gaza, 23 people were killed in the fighting, including militants and civilians. Israel says four of its civilians were killed.

The bout of violence was sparked on Friday after militants shot and injured two Israeli soldiers, as NPR's Vanessa Romo reported: "The attack prompted swift military retaliation, which resulted in the deaths of two militants. That, in turn, led to an onslaught of mortar and rocket fire from within Gaza, unraveling the tenuous calm."

The Israeli military said that 690 rockets had been fired from Gaza at Israeli civilians, 240 of them intercepted by Israel's aerial defense system, known as the Iron Dome. Israel's Defense Forces says it conducted targeted airstrikes on hundreds of militant sites, including rocket launch areas, military compounds and weapon facilities.

The four Israeli civilians killed were the first casualties from rocket attacks since 2014's 50-day war, the Associated Press reports. In that conflict, more than 2,200 people were killed on the Palestinian side and dozens on the Israeli side, according to the United Nations.

On Monday morning, the Israeli army said that schools in Israel could operate as normal. Children had been told to stay home Sunday, a weekday in Israel. Roads were reopened and restrictions on large groups of people gathering in public spaces were lifted.

The AP notes that neither Israel nor Hamas seem to want a protracted escalation of violence right now. Israel observes Memorial Day and Independence Day this week, and next week Tel Aviv will play host to the Eurovision Song Contest. The Muslim holy month of Ramadan is beginning, during which Israel had planned to ease travel restrictions on Palestinians, The New York Times reports.