Accessibility links
Fiery Crash Landing Of Russian Passenger Plane In Moscow Leaves 41 Dead Video showed the Aeroflot flight's rocky emergency landing, as the jet bounced along the runway before its rear portion was engulfed in flames. It's unclear why it turned around shortly after takeoff. 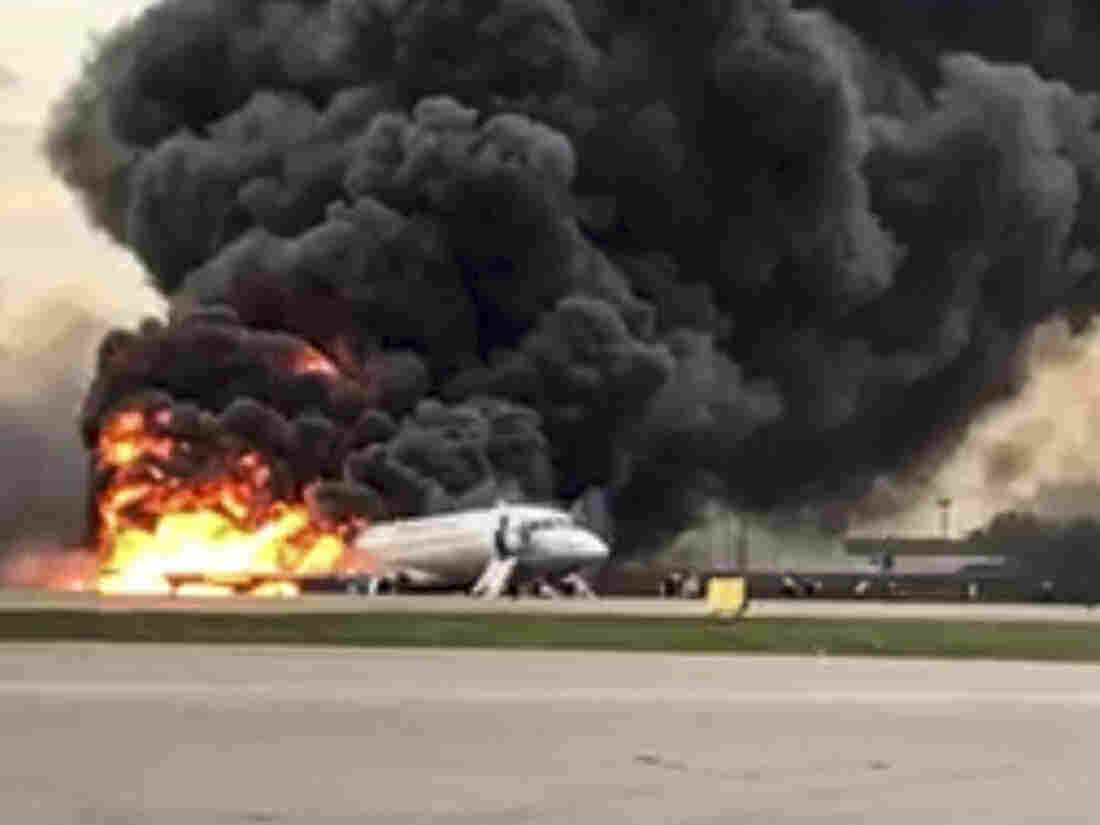 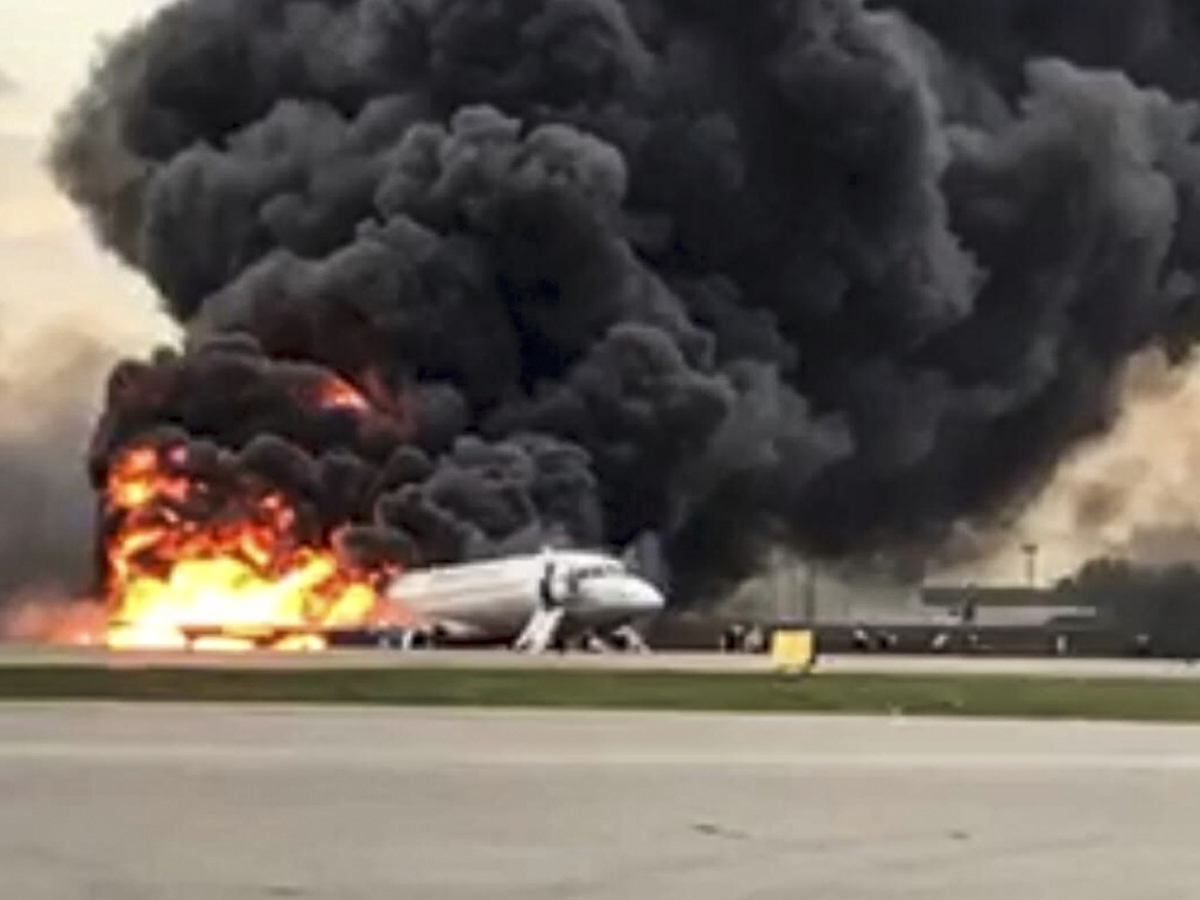 A video still shows a Sukhoi Superjet 100 aircraft on fire after a hard landing Sunday at Moscow's Sheremetyevo airport. At least 41 people on Aeroflot Flight 1492 died.

A Russian-made Aeroflot plane made a hard emergency landing in Moscow on Sunday before bursting into flames, killing 41 of the 78 people on board.

Video footage showed the rocky crash landing as the jet bounced several times on the runway before its rear portion was engulfed by flames. Other video showed passengers escaping on the plane's emergency inflated slides as firetrucks raced to the scene.

The plane, a Sukhoi Superjet 100, had departed Moscow on Sunday evening, bound for Murmansk in northwest Russia. According to flight tracking service Flightradar24, Aeroflot Flight 1492 indicated a radio communications failure and then a general emergency before its disastrous landing at Moscow's Sheremetyevo airport about a half-hour after takeoff.

It's not yet clear why the plane turned back to Moscow, though storms were in the area and passengers reportedly said the plane was struck by lightning. Aeroflot said the flight was forced to return for "technical reasons." The plane's two flight data recorders have been recovered, the Russian state news service Tass reports.

Among the victims of the crash were two children, a U.S. citizen and a flight attendant named Maksim Moiseev who died while trying to help passengers escape the plane, according to Tass.

Investigators are looking into possible causes for the accident, including pilot error, inclement weather and equipment failure, according to Russian media cited by The Associated Press. The Kremlin has also opened a criminal investigation, Charles Maynes reports for NPR from Moscow.

Aeroflot published a list of the flight's survivors, including five who were hospitalized. "The crew did everything in its power to save passenger lives and provide emergency assistance to those involved," the Russian airline said in a statement Monday. "Our thoughts and hearts are with those who have suffered an unspeakable loss. We mourn with you."

A Sukhoi Superjet 100 crashed in Indonesia in 2012 on a demonstration flight of the plane, killing all 45 on board.

Aeroflot says it has been operating the Superjet 100 regional jets since 2011 and counts 50 of the planes in its fleet, with plans to buy 100 more. Reuters reports that the Russian government has pushed Aeroflot to buy more of the Superjets for domestic flights, as a way to support Russia's aircraft industry.

Tass reports that the Superjet 100 is already "considered to be a problematic aircraft because of frequent engine-related malfunctions and a long spare part delivery time."