Accessibility links
'Ladysitting' Offers Candor And A Singular Take On A Tale Familiar To Many As Lorene Cary tells the story of her Nana and the stress and sadness all too common for caregivers, it's her recounting of her upbringing and ancestry that is most engaging and captivating. 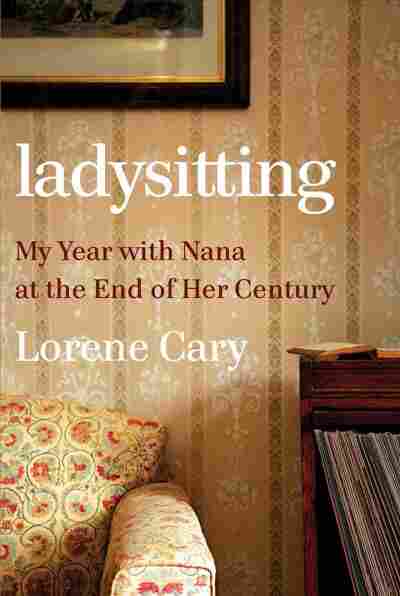 My Year With Nana at the End of Her Century

Some years ago, on vacation in New Hampshire, I picked up a copy of Lorene Cary's Black Ice, a memoir of her two years attending an elite New England prep school. Riveting for its honesty and straightforward storytelling, the book opens a window into what happens when a black girl from an educated family enters such hallowed halls.

Several novels and much other writing later, Cary has penned Ladysitting: My Year With Nana At The End Of Her Century, a thoroughly engaging memoir about caring for her totemic grandmother, who lived to be 101. Cary teaches creative writing at the University of Pennsylvania and is an arts activist in Philadelphia — founder of Arts Sanctuary and Safe Kids Stories.

In telling her Nana's story, Cary invites readers into a complex extended family, replete with the conflict and contradiction that accompany most families. At the same time, Cary recounts a distinctly American story: flight from racial terrorism in the south, economic and academic success against harsh odds, and the often-fraught mixing of races.

With balance and clarity, Cary paints Nana's expansive personality. Nana is a woman of culture and finesse, with a fierce sense of independence. Her grandfather was the son of an illiterate black landowner from North Carolina who raised cotton and insisted his sons get an education — which they did — one in law and one in medicine. Nana's father inherits that land, but is driven north by Jim Crow's "total war," including widespread murder, torched businesses and homes, and the overthrow of North Carolina's democratically-elected bi-racial legislature. Ultimately, Nana's father moves to Philadelphia.

Nana marries and has a family, while simultaneously building a life independent from two husbands, one whom she divorces and another whom she keeps well in tow before he dies. She is astute in business. Among her many activities, she owns rental properties in Philadelphia, which she lets to low-income tenants.

Nana's suburban New Jersey home is a place where little Lorene Cary can dress up in old ballgowns, and soak "in more light and luxe than my parents' West Philadelphia apartment could ever offer." Cary can never be good enough in her own home. Her mother's rage incites the kind of fear that translates into lifelong stress. Cary's childhood delivers "more corporal punishment" than she can "handle." Her parents' stormy marriage ends in divorce. Her father remains emotionally distant and goes through a seven-year period of estrangement from Nana, who is his mother.

Even as a child, Cary knows Nana "spoils" her, a word "that obsessed black grown-ups." She and Nana go regularly to movies and to the Philadelphia Orchestra where Nana "withdrew into inaccessible reaches of herself, and every now and then returned to pat my hand." Nana's home is an oasis, free from fear and filled with treats and calming, classical music.

Cary makes it clear before marrying her husband, a white pastor, that she is "a black woman to whom being black ha[s] mattered urgently ever since I could remember." Nana characterizes her own heritage differently: as the League of Nations, pronounced with a "little leftover North Carolina gargle in her throat: 'Ligga Nations.'" Nana and her sisters share secrets about "slipping into and out of census categories of colored, mulatto, and white every ten years; losing touch mostly with a sister who'd gone north...to pass."

It is Cary's recounting of her upbringing and ancestry that provide the most engaging parts of Ladysitting. Her family is a fascinating pastiche, and her narration captivates with humor and forthrightness.

Nana remains in her own home until age 99. As Cary gets increasingly worried for Nana's safety, she moves her into her husband's rectory to join the family. There, Cary begins a heartbreaking journey that will be familiar to many people in the "sandwich" generation — balancing full-time work with raising children, while caring for the frail elderly. Nana, who has always been a symbol of safety and protection, now needs to be protected. Cary writes:

"As I try to describe her presence, the metaphors I find seem to require water: a shallow fog had rolled in; or better yet, a frozen ice crystal appeared in the landing that caught the light in new ways and made me shiver."

Nana does not make it easy. She's needy and demanding. Her care becomes a "family affair." She's hard on the hired caregivers, insisting that one after another be fired. She can't be convinced to sell her house that needs constant tending.

Cary experiences the debilitating stress and sadness all too common for caregivers. Her strength and clear-sighted resolve, as well as the support she receives from the loving family she has created, form an important and uplifting through line to this memoir. Cary may have demons to tackle, but she does so with admirable grace.

"I wrote this memoir," Cary says, "to clear away the rage, uncover the simple grief, stored in the muscles that seized up then and cannot remember how they were before, and to convince us both, Nana and myself, that she has left this plane. And to forgive."

Read Ladysitting for life lessons such as these, and for its candor and singular take on a familiar tale.