Accessibility links
Brunei Won't Enforce Death-By-Stoning Law For Gay Sex, Sultan Says After more than a month of criticism and a high-profile boycott, the sultan of Brunei says his country will extend its moratorium on the death penalty to include new Islamic laws. 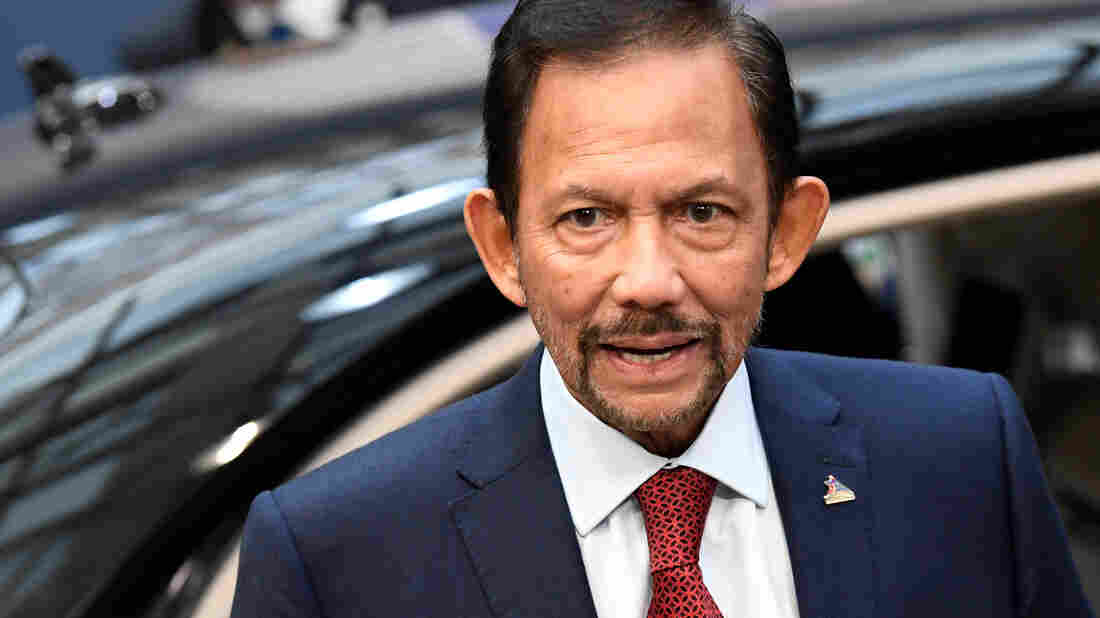 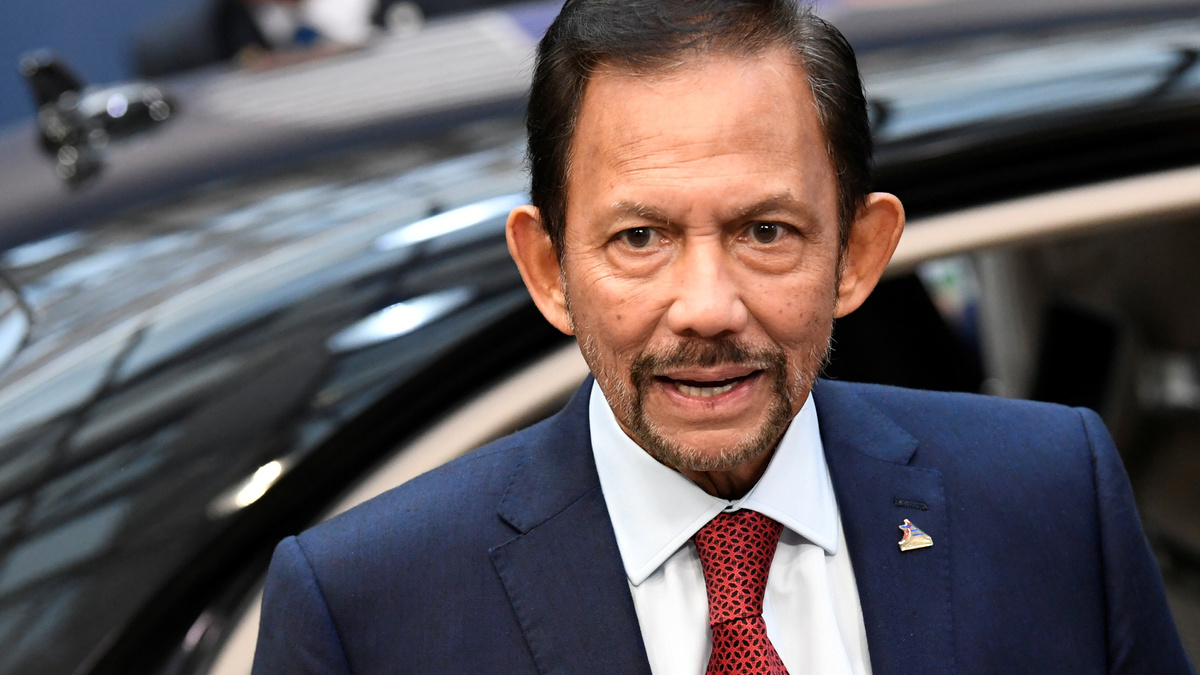 Sultan of Brunei Hassanal Bolkiah, seen arriving for meetings in Brussels last fall, now says his country will not impose the death penalty in cases involving gay sex and adultery.

The sultan of Brunei says his country will extend its moratorium on the death penalty to include newly enacted laws punishing homosexual acts and adultery with death by stoning, in an apparent response to weeks of criticism and a high-profile boycott.

The harsh punishments took effect on April 3, the latest in Brunei's steps to integrate its interpretation of Islamic law into its common laws. But the move triggered widespread condemnation, and celebrities such as George Clooney and Elton John urged a boycott of luxury hotels owned by the country's investment agency. Many of those properties are in Europe and the U.S., including the Beverly Hills Hotel in Los Angeles and The Dorchester in London.

As Sultan Hassanal Bolkiah announced the death penalty moratorium, he seemed to portray the change as a clarification, rather than a capitulation to international pressure.

"I am aware that there are many questions and misperceptions with regard to the implementation of the [Syariah Penal Code Order]. ... We are conscious of the fact that misperceptions may cause apprehension," the sultan said in a statement. "However, we believe that once these have been cleared, the merit of the law will be evident."

The statement went on to say that for decades, the small Southeast Asian nation has observed a moratorium on imposing the death penalty under its common law and that this will now cover cases brought under Brunei's Islamic laws.

The last known execution in Brunei was carried out in 1957, according to the United Nations.

The sultan made no mention of changes to other strict punishments under the laws, including amputations for thieves and whipping women convicted of having lesbian sex.

Brunei faced a similar storm of criticism in May 2014, when it first began to fold Islamic law into its penal code. Amid that uproar five years ago, the Beverly Hills City Council asked Brunei to divest itself of the Beverly Hills Hotel and condemned the government "for adopting laws that impose extreme and inhumane penalties including execution by stoning, flogging and severing of limbs."

Brunei was the first Southeast Asian country to introduce Islamic criminal laws at the national level, which its sultan announced in late 2013. Given the recent announcement, rights advocates are now urging the country to shelve the laws entirely.

"The entire sharia criminal law should be scrapped because it's a rights abusing monstrosity reminiscent of a medieval yesteryear that has no place in the modern age," said Phil Robertson, Human Rights Watch's deputy Asia director, in a tweet about the reversal.

The recent campaign for change in Brunei has also reached its lucrative oil industry. As NPR's Julie McCarthy reports, "Shell Oil, which generates about 90% of the sultanate's oil and gas revenues, has come under pressure to use its position to press for gay rights in Brunei."