Accessibility links
Judiciary Committee Moves Toward Contempt Vote For Attorney General Barr Judiciary Committee Chairman Jerry Nadler issued a subpoena last month to the Justice Department to give Congress an unredacted version of the Mueller report. The deadline to comply was Monday. 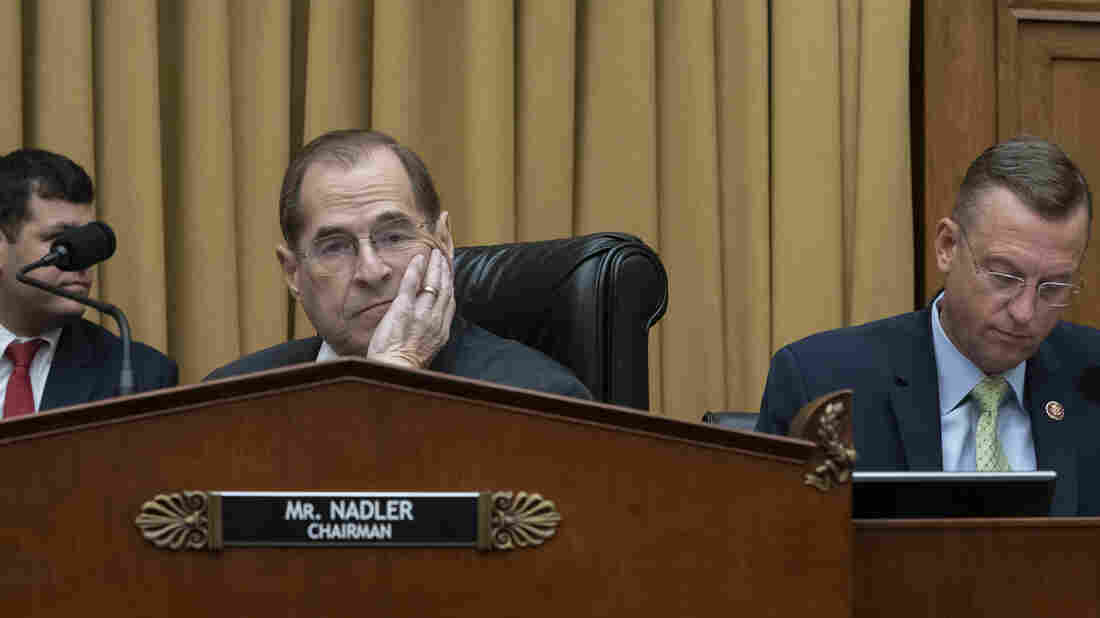 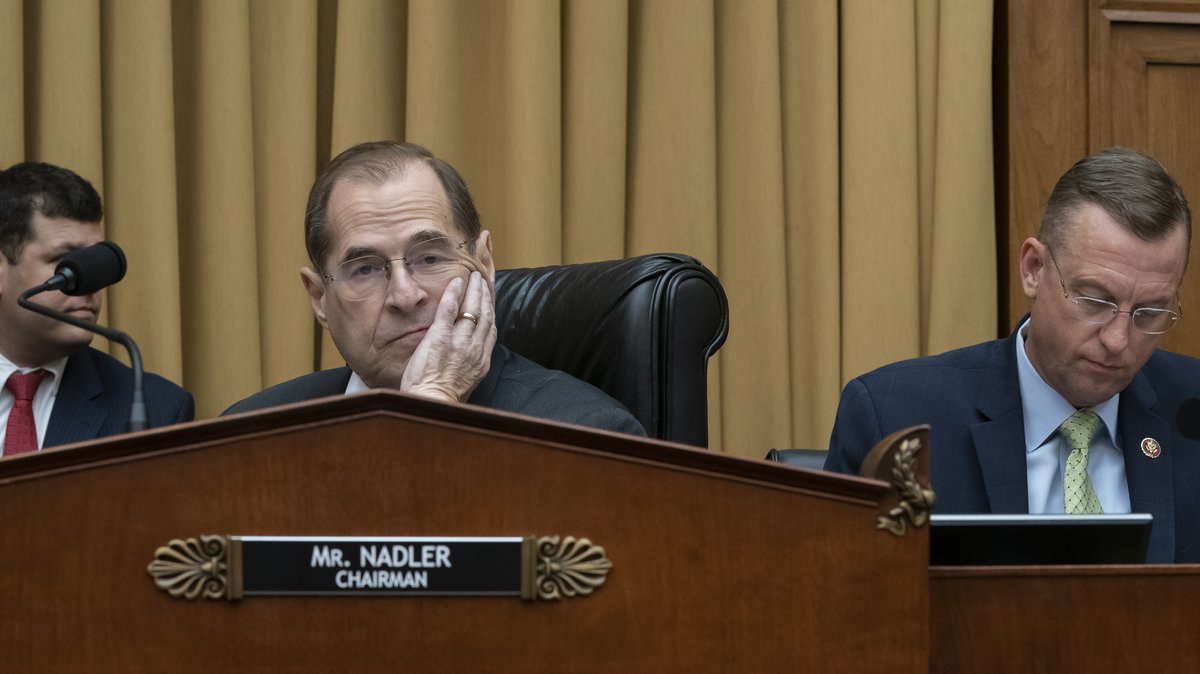 The House Judiciary Committee signaled Monday morning that it would begin contempt proceedings against Attorney General William Barr this week.

The committee is planning to emphasize the attorney general's refusal to comply with a congressional subpoena demanding the full, unredacted Mueller report.

A vote on whether to hold Barr in contempt will be scheduled for 10 a.m. on Wednesday, but the committee said that it could postpone the proceedings if the Justice Department responded to its subpoena.

"If the department presents us with a good-faith offer for access to the full report and the underlying evidence, I reserve the right to postpone these proceedings," committee Chairman Jerry Nadler, D-N.Y., said.

In a 27-page report released to the press, Democrats on the committee argued that its members need more access to fulfill its legislative and oversight functions.

"[T]he Committee needs to review the unredacted report, the underlying evidence, and associated documents so that it can ascertain the facts and consider our next steps," the report reads. It also says about Congress' Article I powers set out in the Constitution: "That includes whether to approve articles of impeachment with respect to the President or any other Administration official, as well as the consideration of other steps such as censure or issuing criminal, civil or administrative referrals."

For its part, the Justice Department has indicated that it wants to keep open negotiations to avoid contempt proceedings.

"The attorney general has taken extraordinary steps to accommodate the House Judiciary Committee's requests for information regarding the special counsel's investigation," Department of Justice spokeswoman Kerri Kupec said Monday. "The department remains willing to accommodate Congress' legitimate needs, but must do so consistent with the law."

She added that the department had already invited committee staff to a meeting on Wednesday to "discuss a mutually acceptable accommodation."

The panel has been in a weeks-long tug of war with the Justice Department over access to special counsel Robert Mueller's report. "The attorney general's failure to comply with our subpoena, after extensive accommodation efforts, leaves us no choice but to initiate contempt proceedings in order to enforce the subpoena and access the full, unredacted report," Nadler said.

The Justice Department has offered a limited number of lawmakers access to a less redacted version of the report, but Democrats have rejected this offer.

Barr has argued that regulations prohibit him in particular from disclosing grand jury material to anyone, including members of Congress.

And last week, the attorney general refused to testify before the committee to discuss the Mueller report. Talks broke down over the format of Barr's testimony — committee Democrats had sought to include the option of having staff lawyers question him.

Georgia Rep. Doug Collins, the top Republican on the committee, said that if Barr handed over the materials the Democrats are demanding, the attorney general would be breaking the law.

"They know the Justice Department is working to negotiate even as they pursue contempt charges, making their move today illogical and disingenuous. Democrats have launched a proxy war smearing the attorney general when their anger actually lies with the president and the special counsel, who found neither conspiracy nor obstruction," Collins said in a written statement.

Nadler has tentatively scheduled a May 15 hearing for Mueller to testify about his findings. But in a tweet on Sunday, President Trump reversed his earlier position and said Mueller should not agree to appear before the committee.