Accessibility links
Trump Awards Presidential Medal Of Freedom To Golfer Tiger Woods Trump has long been a fan and recently, a business partner of Woods. He announced his decision to give the award to Woods in a tweet after Woods won the Masters tournament last month at age 43. 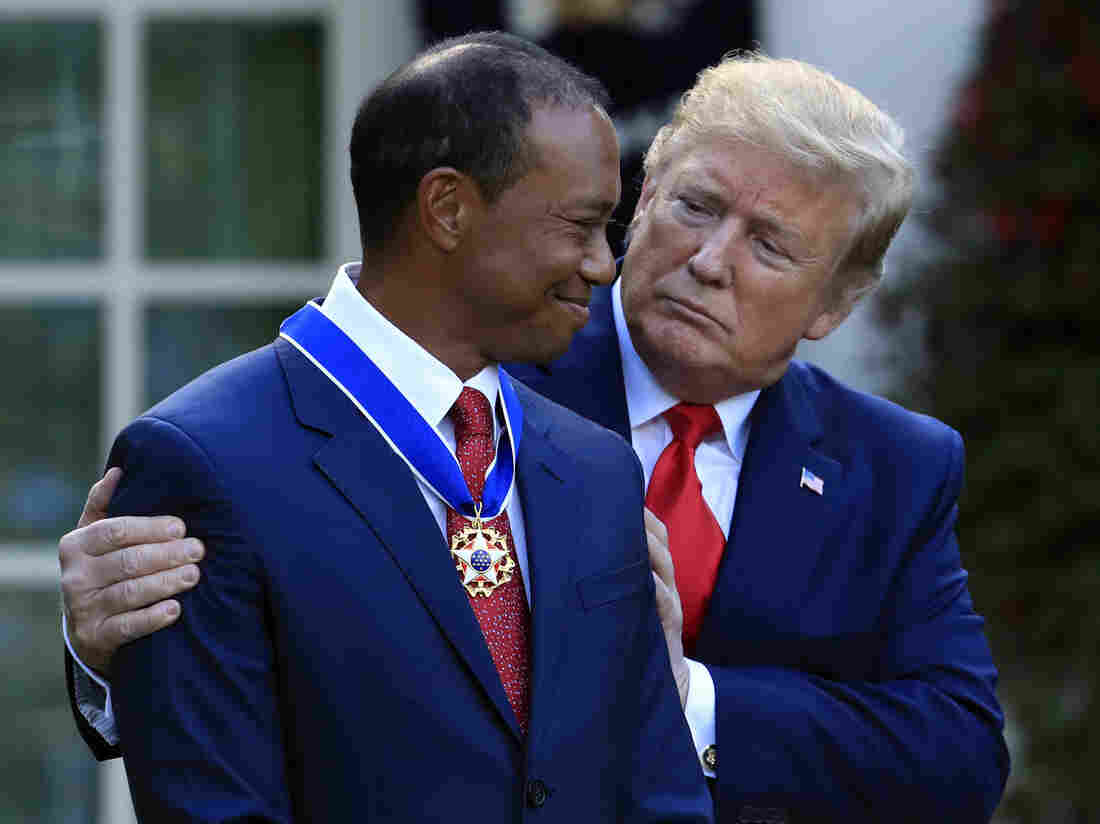 President Donald Trump awards the Presidential Medal of Freedom to Tiger Woods during a ceremony in the Rose Garden of the White House in Washington. Manuel Balce Ceneta/AP hide caption 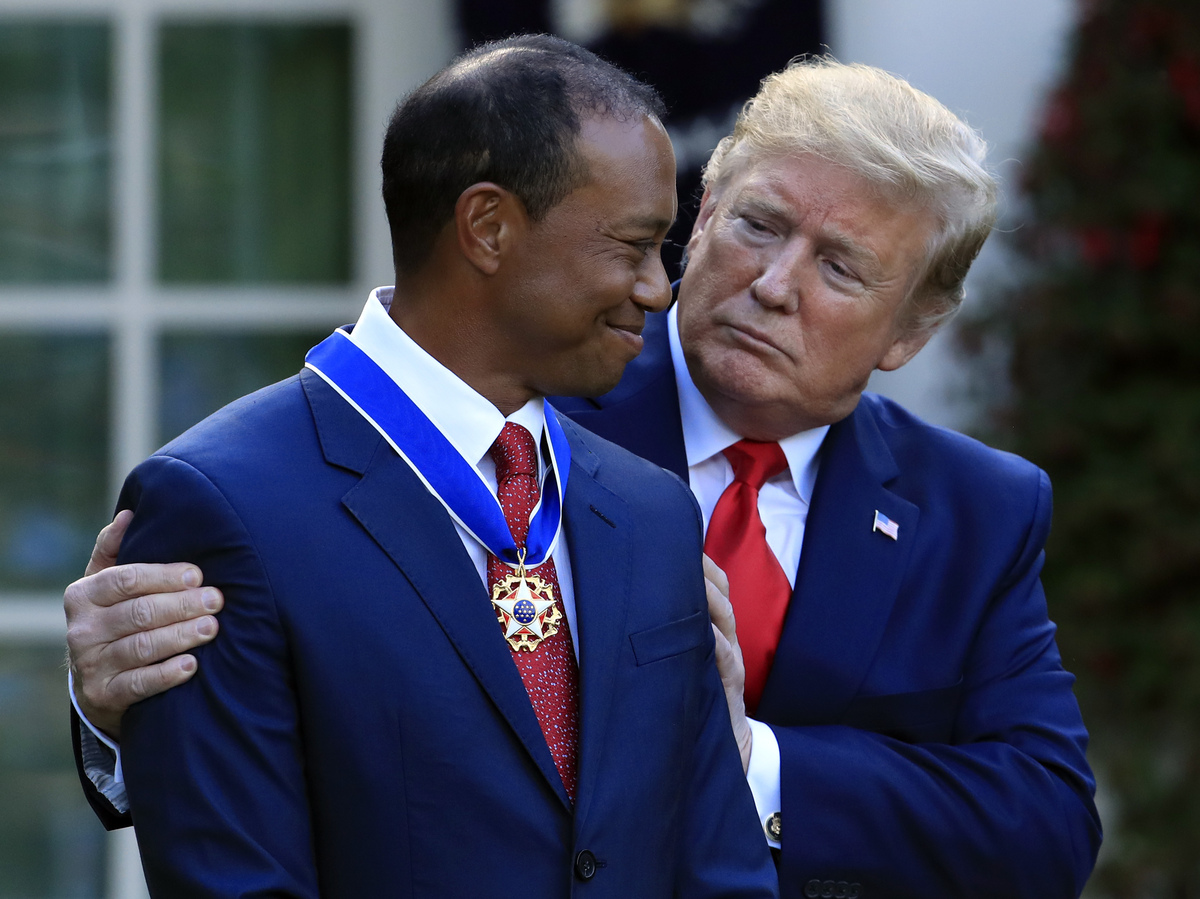 President Donald Trump awards the Presidential Medal of Freedom to Tiger Woods during a ceremony in the Rose Garden of the White House in Washington.

President Trump Monday awarded the Presidential Medal of Freedom to golfer Tiger Woods in a ceremony at the White House.

Trump praised Woods' many accomplishments on the golf course and his ability to come back from debilitating physical adversity that might have permanently sidelined any other athlete.

"Tiger Woods is a global symbol of American excellence, devotion and drive," Trump said as Woods stood by him. "These qualities embody the American spirit of pushing boundaries, defying limits and always striving for greatness."

With his mother and two children in attendance, Woods thanked his family, personal friends and aides in brief and emotional remarks. 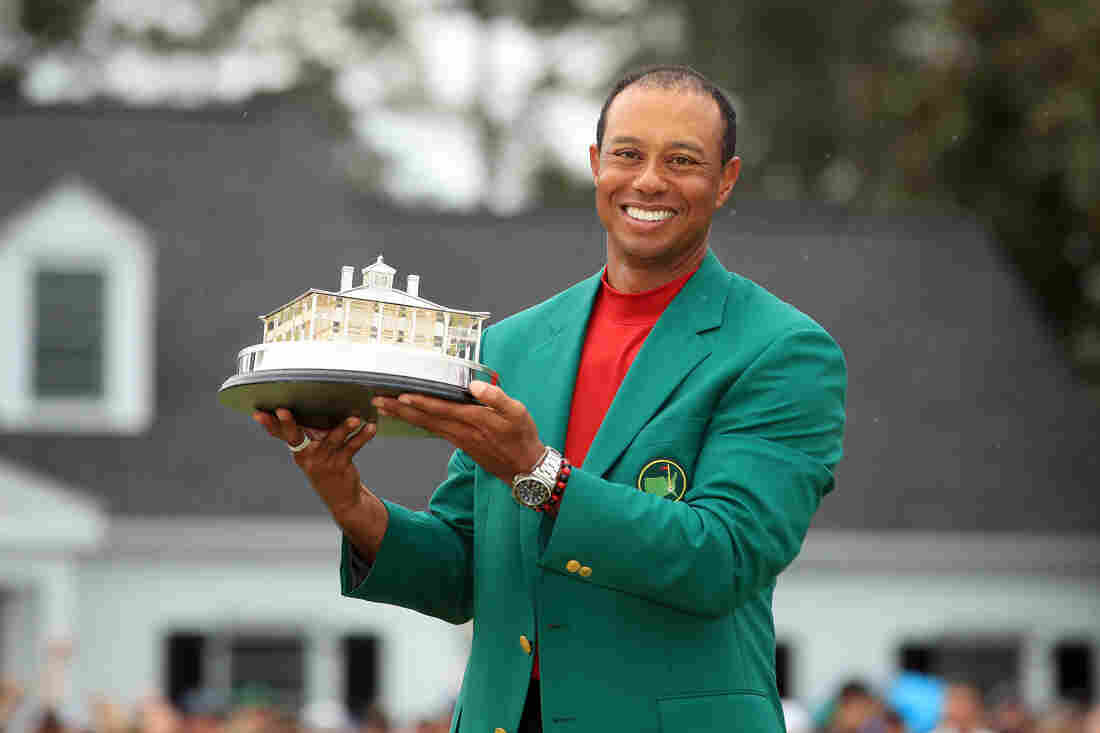 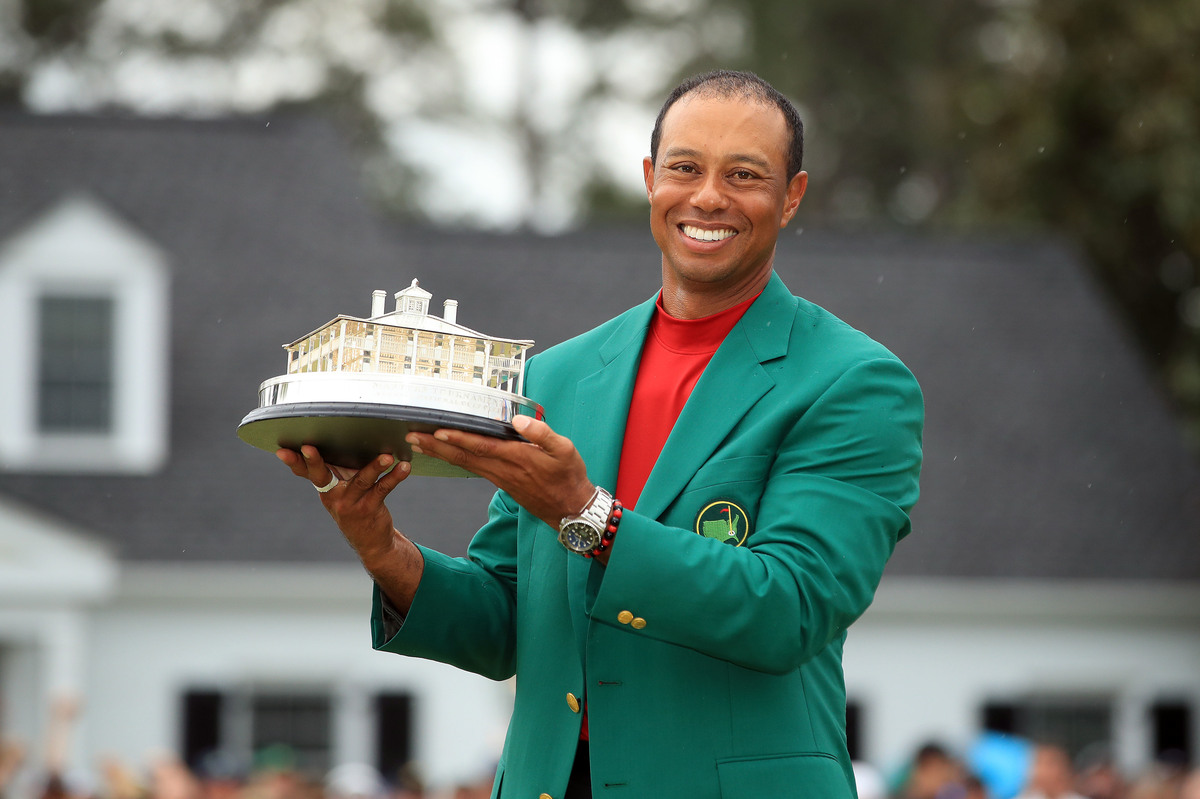 Tiger Woods with the Masters trophy after winning the Masters at Augusta National Golf Club on April 14, 2019 in Augusta, Ga.

"You've seen the good and the bad, the highs and the lows, and I would not be in this position without all of your help," he said.

Trump has had a contentious relationship with many black athletes but Woods has a long history with the president.

Trump has long been a fan and recently, a business partner of Woods. He announced his decision to give the award to Woods in a tweet, after Woods won the Masters tournament last month at age 43, capping a remarkable comeback from personal turmoil and physical injuries.

Spoke to @TigerWoods to congratulate him on the great victory he had in yesterday’s @TheMasters, & to inform him that because of his incredible Success & Comeback in Sports (Golf) and, more importantly, LIFE, I will be presenting him with the PRESIDENTIAL MEDAL OF FREEDOM!

In February, Trump tweeted about a round he played with Woods and another champion golfer, Jack Nicklaus, at Trump's course in Jupiter, Florida.

Everyone is asking how Tiger played yesterday. The answer is Great! He was long, straight & putted fantastically well. He shot a 64. Tiger is back & will be winning Majors again! Not surprisingly, Jack also played really well. His putting is amazing! Jack & Tiger like each other.

Woods designed a golf course at a Trump property in Dubai. Trump also named a villa after Woods at his Trump Doral resort near Miami.

Not everyone is a fan of Trump's decision to award Woods the Medal of Freedom, or of Wood's decision to accept it. Writer Rick Reilly, whose book Commander In Cheat portrays Trump as a notorious flouter of golf rules, tweeted Woods should spurn the award, because he says, Trump "thinks golf should only be for the rich."

How can @TigerWoods accept the Presidential Medal of Freedom from a man who thinks golf should only be for the rich? "Where you aspire to join a club someday, you want to play, (so) you go out and become successful." ... Bull. If that were true, there'd BE no Tiger Woods.

Monday's ceremony is the second time in less than six months that Trump has awarded Medals of Freedom. In November, the President gave the award to a number of people, including Elvis and Babe Ruth.

Woods becomes the fourth professional golfer to receive the medal, along with Nicklaus, Arnold Palmer and Charlie Sifford. Woods said in the ceremony that Sifford was a mentor and that he named his own son, Charlie, after him.