Accessibility links
Istanbul To Rerun Mayor's Race After Results Tossed Out Turkish election authorities have canceled a major election victory for the country's main opposition party, according to Turkish state media. The Istanbul mayor's race will be rerun on June 23. 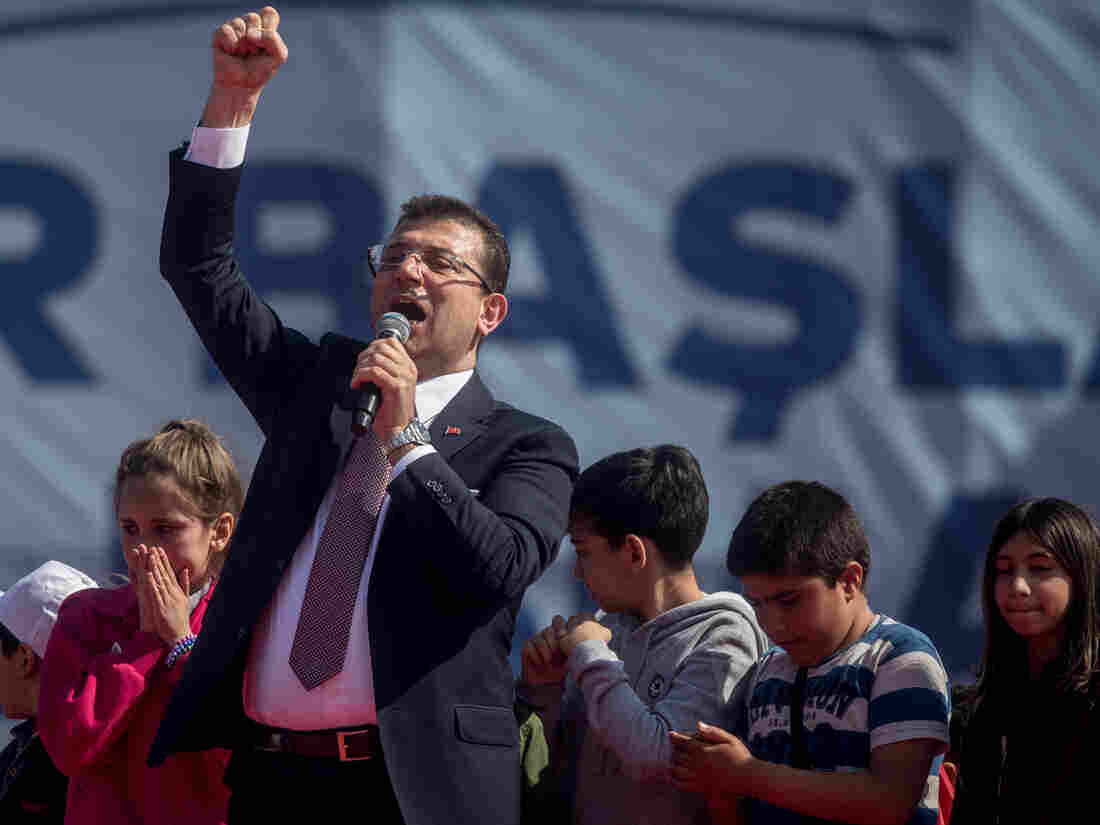 Ekrem Imamoglu spoke to supporters last month after he was declared the winner of the Istanbul mayor's race. The country's election authority has now announced that the race must be rerun, according to state media. Chris McGrath/Getty Images hide caption 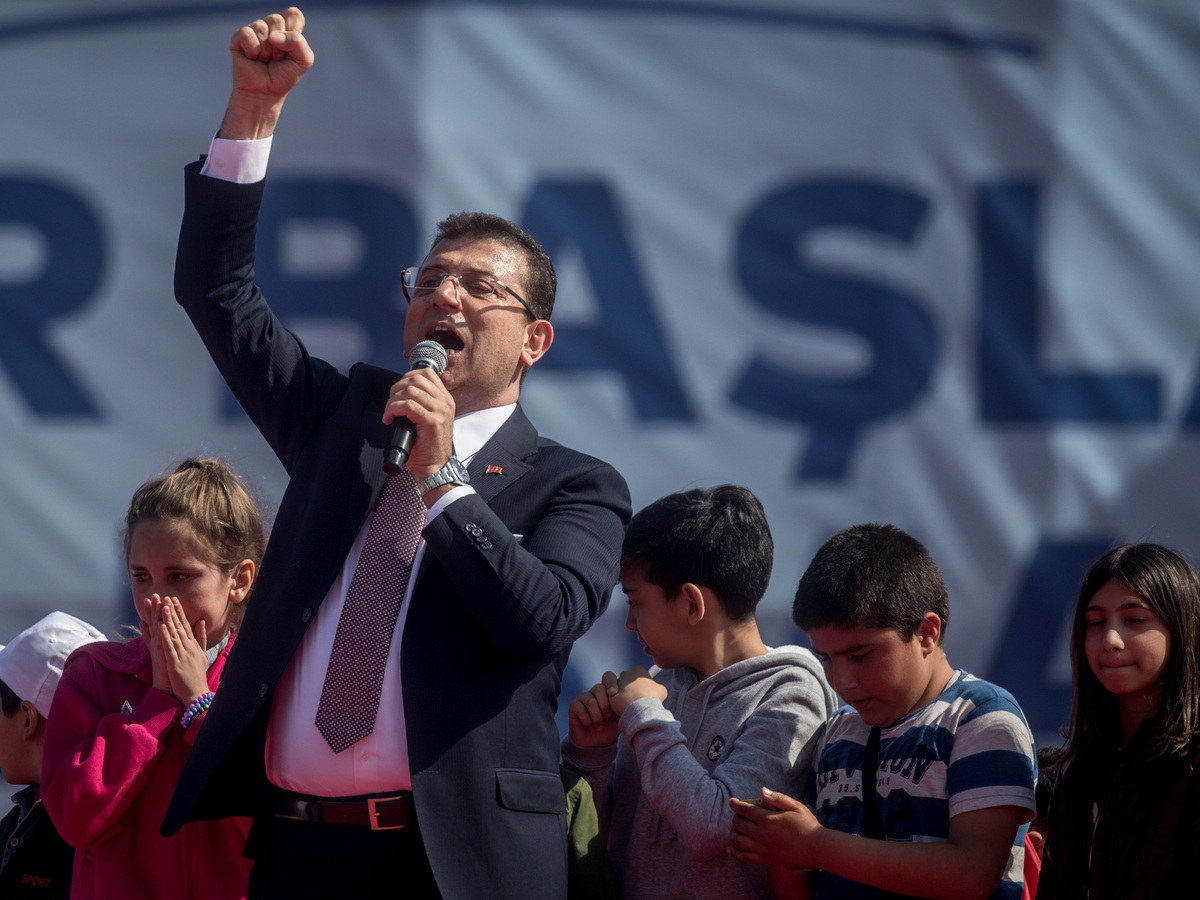 Ekrem Imamoglu spoke to supporters last month after he was declared the winner of the Istanbul mayor's race. The country's election authority has now announced that the race must be rerun, according to state media.

Turkish election authorities have voided a major election victory for the country's main opposition party, according to Turkish state media. A rerun of the election for the mayor of Istanbul, Turkey's most populous city, will reportedly be held on June 23.

Ekrem Imamoglu from the opposition Republican People's Party (known as the CHP) narrowly won the mayor's race on March 31.

Imamoglu denounced the Turkish election authority in a speech to supporters on Monday, saying that they had buckled under pressure from the government, as Reuters reported. "They were placed under political pressure from day one," Imamoglu said.

President Recep Tayyip Erdogan's party, which has held that position of mayor of Istanbul for some 25 years, had filed a complaint against the result.

Erdogan had said that there were "clearly irregularities" in the voting, as NPR's Peter Kenyon reported from Istanbul. According to the state-run Anadolu Agency, the country's Supreme Election Council ruled in favor of the ruling Justice and Development Party's complaint by seven votes to four.

"You are free to compete against the [ruling] AKP in an election, but you are not allowed to win," CHP deputy chairman Onursal Adiguzel said in a tweet. "This order, in which the will of the people is trampled on and the laws are ignored, is neither democratic nor legitimate. This is a downright dictatorship!"

The ruling party candidate, Binali Yildirim, has said that he hoped the ruling would mean "beneficial and beautiful results for Istanbul," as Reuters reported.

The Turkish lira tumbled on Monday afternoon as reports emerged of a rerun.

According to local newspaper Hurriyet, the AKP had alleged that "there were tens of thousands of ineligible voters who cast votes in the elections and that scores of polling station officials were appointed against regulations."

Some observers say the decision erodes democracy in Turkey.

"Until now, it was one man, one vote, from now on it is: vote until the governing party wins," said Soner Cagaptay, the director of the Turkish Program at the Washington Institute for Near East Policy. "Today's decision to reverse the Istanbul mayoral election is the greatest distortion of democratic elections in Turkey since the country's first free and fair polls in 1950."

Erdogan's party also lost the mayor's race in Ankara, the country's capital, in the March countrywide municipal elections where he was actively campaigning for his party's candidates.

Erdogan himself was mayor of Istanbul in the late 1990s. As the BBC notes, he has often remarked, "Whoever wins Istanbul wins Turkey."