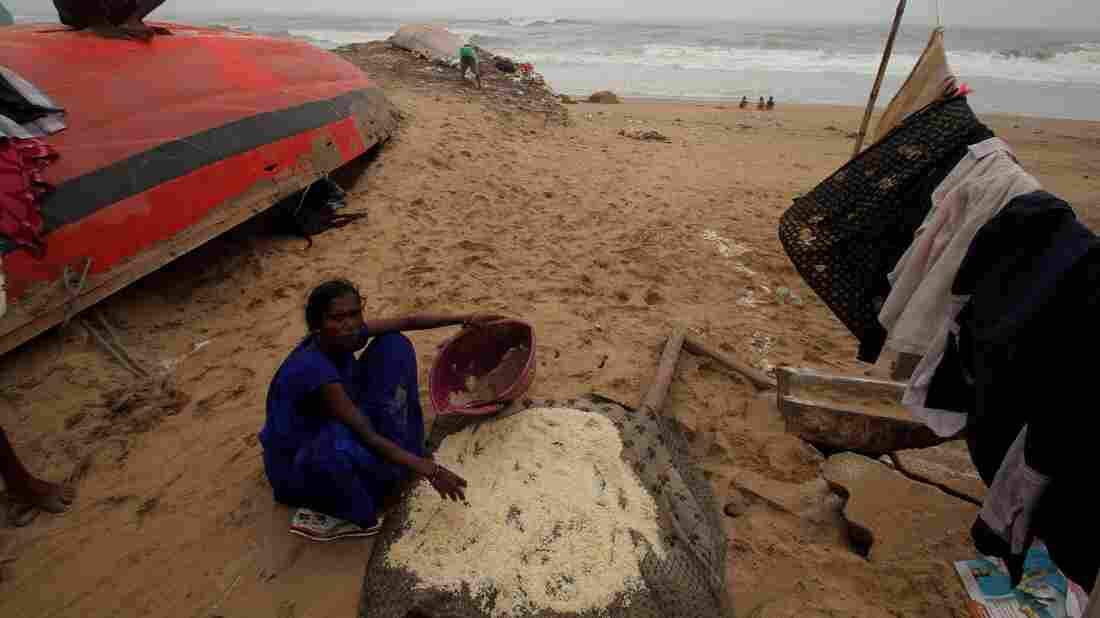 Cyclone Fani forced the evacuation of millions of people in South Asia, including in India's Odisha state. The storm left hundreds of homes destroyed. NurPhoto/NurPhoto via Getty Images hide caption 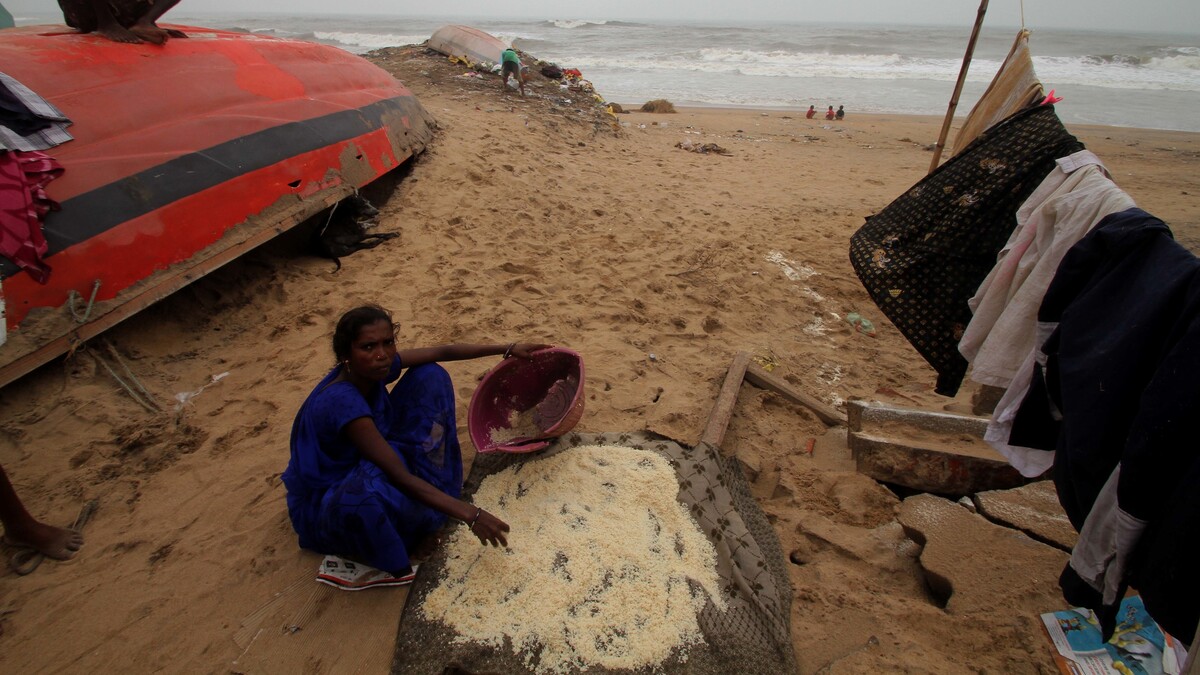 Cyclone Fani forced the evacuation of millions of people in South Asia, including in India's Odisha state. The storm left hundreds of homes destroyed.

A rare summer cyclone swept across India and Bangladesh last weekend, leaving dozens dead and hundreds of homes destroyed. The storm killed at least 34 people in India and 15 people in Bangladesh. Categorized by the India Meteorological Department as "extremely severe" when it made landfall in India Friday night, the cyclone lashed coastal areas with heavy rain and winds of up to 127 miles per hour. The cyclone had weakened by the time it hit Bangladesh.

Casualties in South Asia were fewer than those caused by previous, similar cyclones. The Associated Press reports preparations in India for Cyclone Fani "demonstrated greatly improved disaster readiness since 1999, when a 'super' cyclone killed about 10,000 people and devastated large parts of the state."

The New York Times reports that "authorities in India and Bangladesh, which is geographically especially prone to storms, have prepared for such natural disasters by drafting meticulous evacuation plans and building hundreds of shelters."

In preparation for Cyclone Fani, more than 1 million people were evacuated from about 15,000 villages and 46 towns in India's Odisha state. The cyclone forced the evacuation of more than 1.6 million people in Bangladesh. Authorities in both countries sent text messages to tens of millions of people in the storm's path, warning them to prepare, the Times reports, and in Bangladesh, "thousands" of volunteers went through villages with megaphones, urging residents to move to shelters.

NPR's Merrit Kennedy reported the cyclone tore "the roofs off houses" and that people as far away as Mount Everest felt the impact. "Mountaineers were climbing to lower camps after conditions at higher elevations worsened," NPR's Sushmita Pathak reported from Mumbai.

Cyclone season in the region typically runs from April to December, with activity peaking in May and November, according to the National Oceanic and Atmospheric Administration. "Cyclone Fani is one of the rarest of rare summer cyclones to hit Odisha in 43 years. It is also one of three to hit in the last 150 years," said the state's top elected official, Navin Patnaik, the AP reports.

Officials are still assessing the damage in the aftermath of the storm. In India, the AP reports, "Telephone links were still down Monday in the worst-hit Puri district in Odisha. Hundreds of thousands of people in Puri and Khurda districts were also without electricity, with the state government hoping to restore it later Monday, the Times of India newspaper said."