Accessibility links
Highland Ranch School Shooting, One Dead,Two Suspects Apprehended. Officials say one student was killed and eight were injured in a shooting at a STEM school in Highlands Ranch, Colo., a suburb of Denver. Two suspects are in custody. 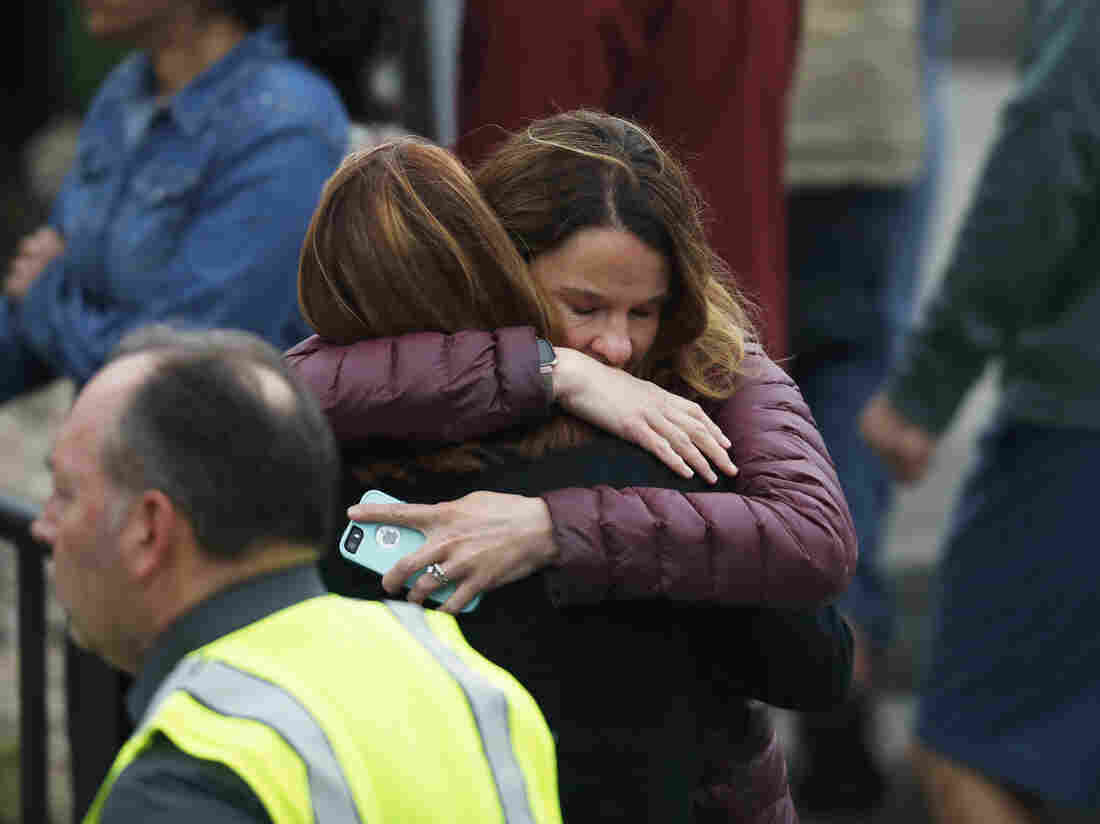 Parents hug as they wait to be reunited with their children after a shooting at a suburban Denver school. David Zalubowski/AP hide caption 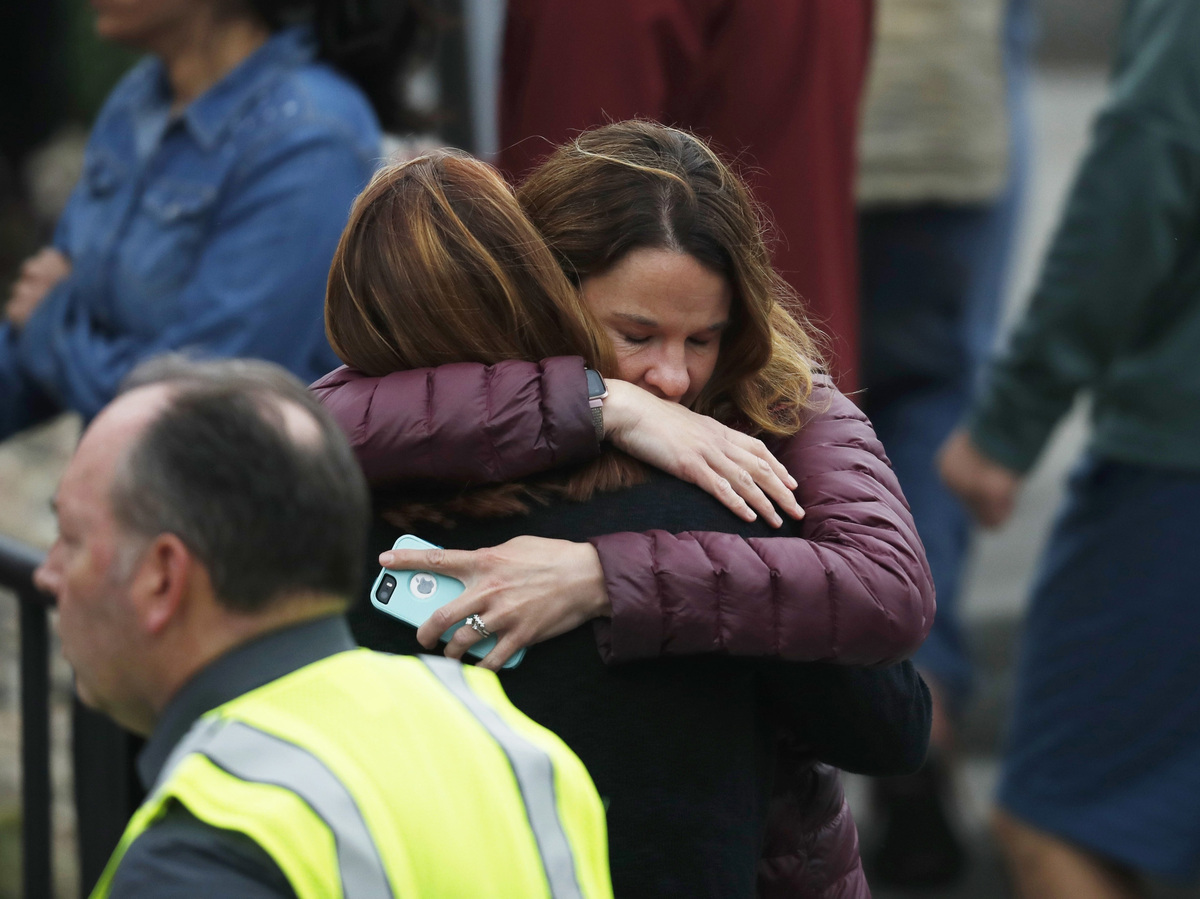 Parents hug as they wait to be reunited with their children after a shooting at a suburban Denver school.

Officials say one student is dead and eight students were injured in a shooting at a public charter school in Highlands Ranch, Colo., a suburb south of Denver.

In a tweet, the Douglas County Sheriff's Office said the deceased was an 18-year-old student at the STEM School.

"It is with extreme sadness that we can confirm that 1 student at the STEM School was killed in today's #stemshooting incident. The immediate family has been notified. Douglas County Coroner Jill Romann (who) has not officially identified the student is stating it's an 18 year old male," the tweet said.

No information was available about the other victims.

Two suspects are currently in custody. Douglas County Sheriff Tony Spurlock said one suspect is an adult male and the other is a juvenile male. Both are students at the STEM School, and were not previously known to local law enforcement.

The adult suspect was identified as Devon Erickson, 18. The sheriff's office did not release photos of the suspect, saying that it could jeopardize the ongoing investigation. 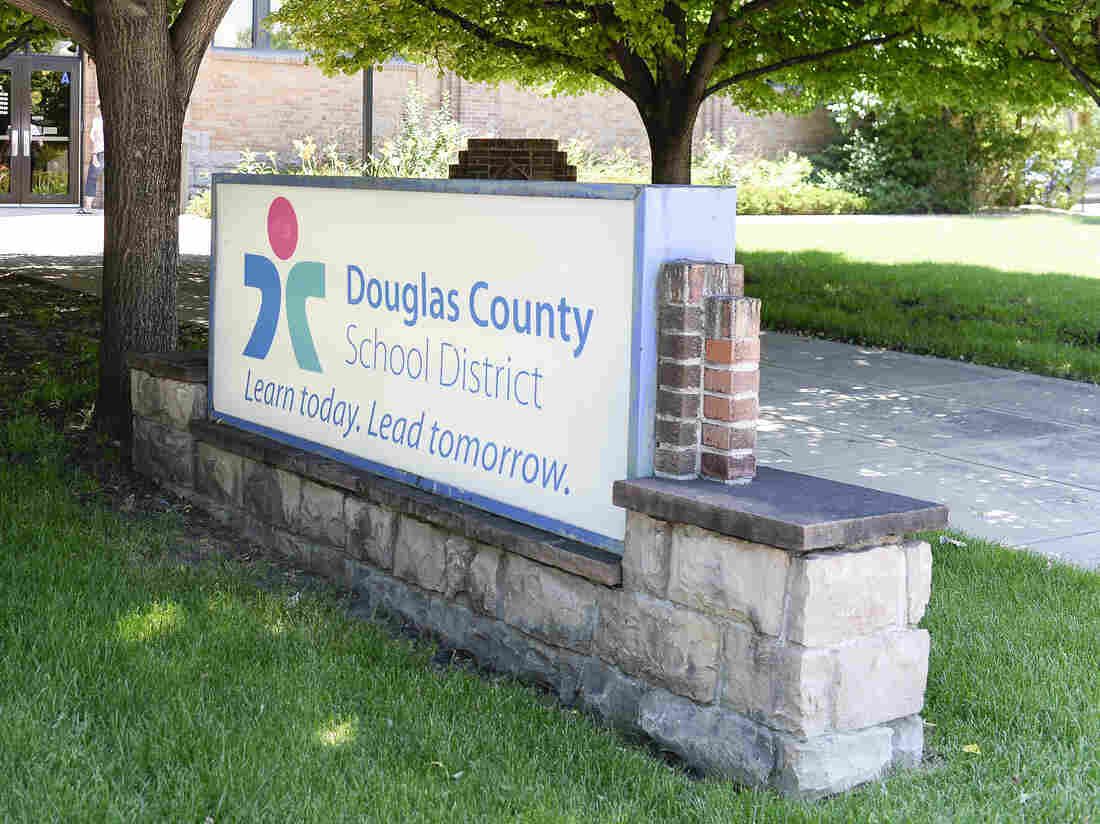 One student has been killed and seven injured in a school shooting at STEM School Highlands Ranch in Colorado. John Leyba/Denver Post via Getty Images hide caption 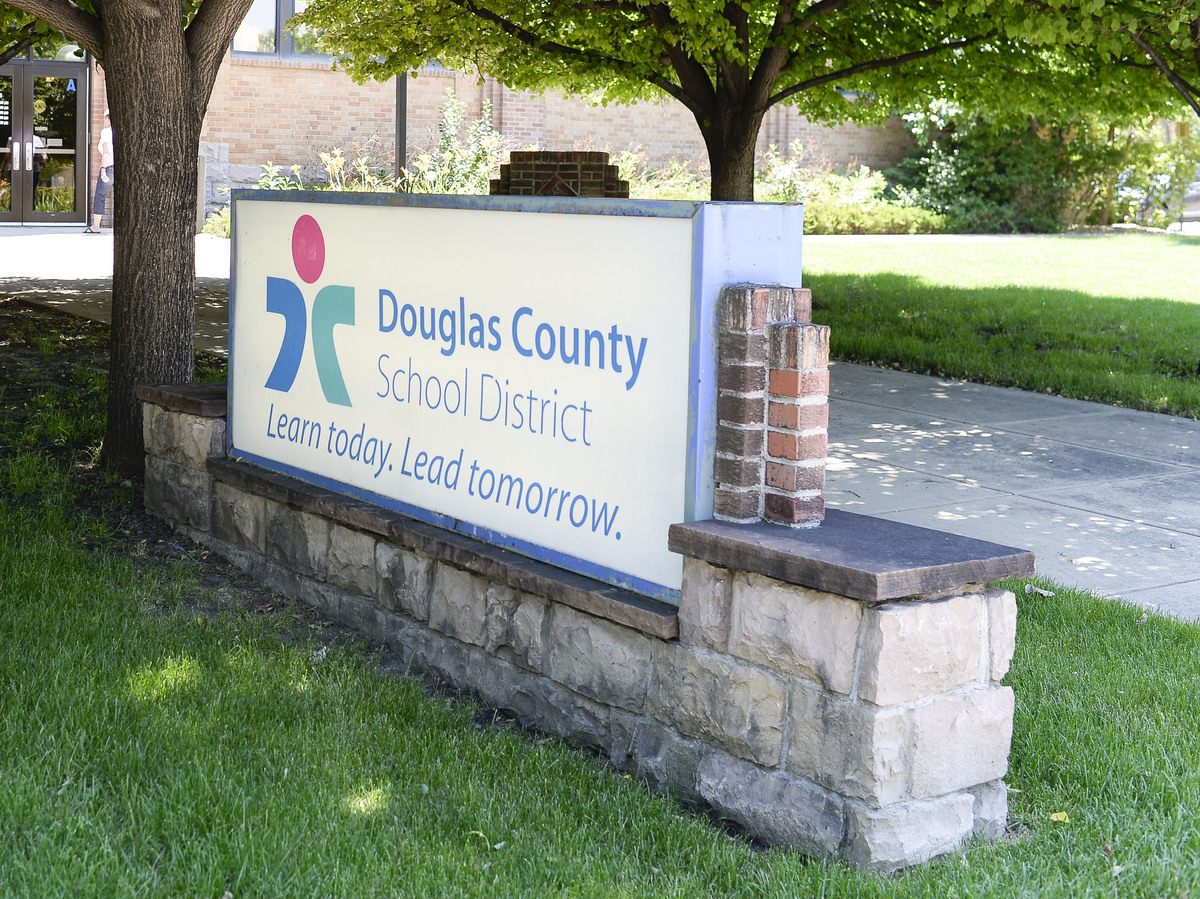 One student has been killed and seven injured in a school shooting at STEM School Highlands Ranch in Colorado.

"This is a terrible event. This is something that no one wants to have happen in their community," Spurlock said in a press conference late Tuesday afternoon. "Two individuals walked into the STEM school, got deep inside the school and engaged students in two separate locations."

"We do have eight students in area hospitals right now. Several of them are in critical condition," he added.

All of the victims are 15 years and older.

The STEM School has 1,800 students in kindergarten through 12th grade.

Authorities said over Twitter that they responded to a "call of shots fired" at STEM Schools Highlands Ranch at 1:53 p.m. MT. They initially described the situation as unstable and were directing parents to pick up their children at a nearby staging area.

#stemshooting, at 1:53 pm responded to STEM school off Ridgeline Blvd in HR on call of shots fired in school, first update, 2 injured, deputies in process of identifying and locating shooter(s). Still active and unstable scene.

Spurlock said the first officers reached the school two minutes after receiving reports of shots fired at the school. He said he believed their quick response "saved lives."

He offered no information on any possible motivation for the attack nor the suspects' methodology. A handgun was recovered, but Spurlock released no other information about weapons.

The FBI is processing the crime scene. Investigators from the Bureau of Alcohol, Tobacco and Firearms (ATF) and the Department of Homeland Security are also assisting the investigation.

Earlier, the Douglas County School District announced all schools was on lock down and canceled all after-school activities.

White House spokesman Judd Deere released the following statement on the shooting: "Our prayers are with the victims, family members, and all those affected by today's shooting at STEM School Highlands Ranch in Littleton, Colorado. Tragically, this community and those surrounding it know all too well these hateful and horrible acts of violence. The White House has been in communication with state and local officials, and the President has been briefed and continues to monitor the ongoing situation. We offer our full support to local law enforcement and first responders and thank them for their heroism."

This is a developing story. Details may change as more information becomes available.