Accessibility links
Clearing Up Confusion Over '100-Year' Floods The term "100-year flood" can be confusing and misleading, scientists, local emergency officials and homeowners all agree. Experts say there's a better way to communicate about flood risk. 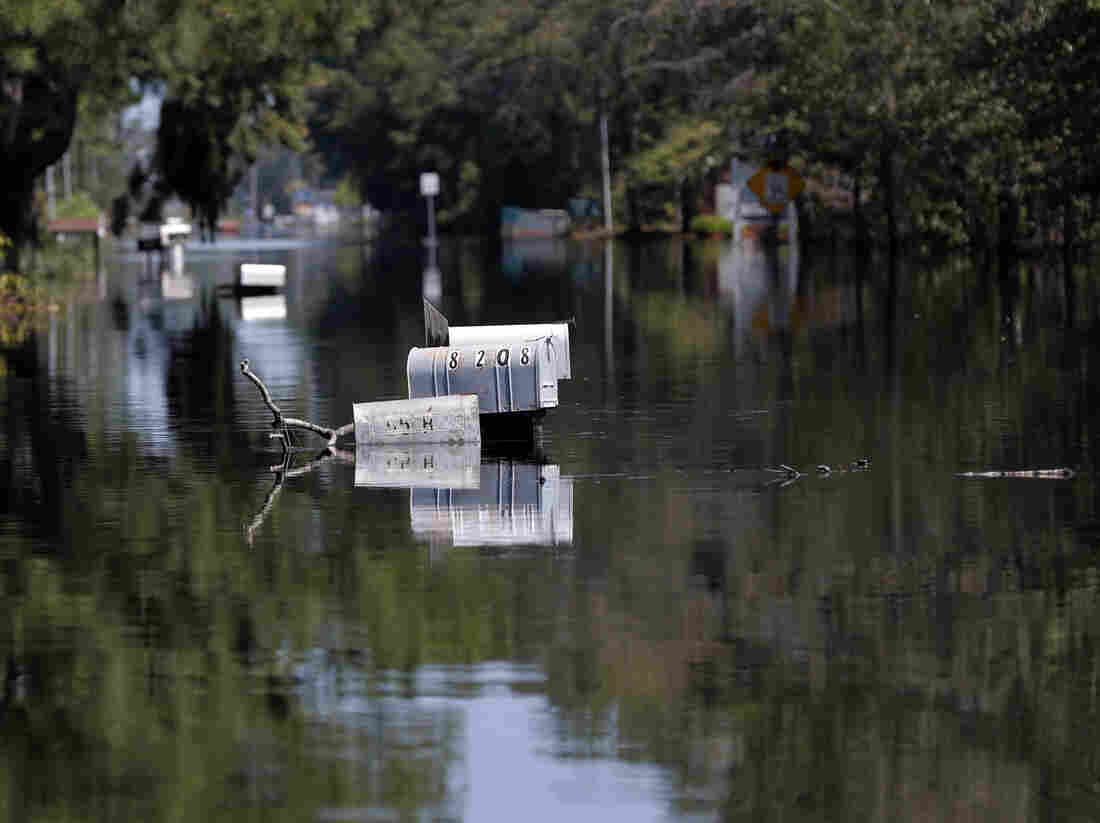 Hurricane Florence flooded Nichols, S.C., in September 2018. It was the second catastrophic flood in the region in less than two years. Gerald Herbert/AP hide caption 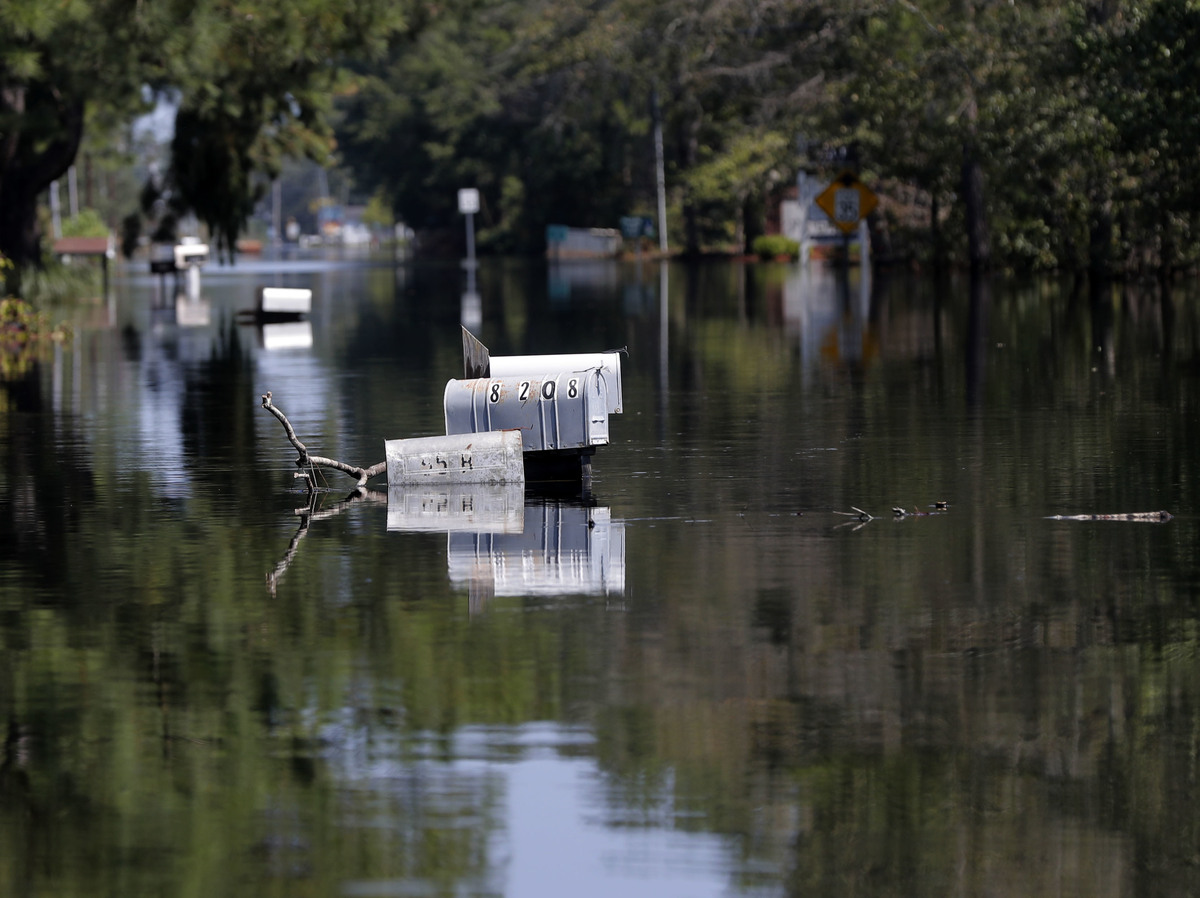 Hurricane Florence flooded Nichols, S.C., in September 2018. It was the second catastrophic flood in the region in less than two years.

The Mississippi River is rising again as torrential rain falls across much of the Midwest. It's the latest in a series of storms that have flooded major cities and small communities along the length of the Mississippi and Missouri rivers on and off for more than a month.

In some places, homes and businesses in what's known as the 100-year flood plain have been hit by multiple floods in a matter of weeks. One St. Louis suburb has now suffered three major floods since 2015, at least two of which were approximately 1-in-100-year events.

When these sorts of floods happen back to back, many residents might start to wonder: Why are they even called 100-year floods?

"The educated layperson or elected officials, they think, 'Well, you scientists and engineers can't get it straight because we had a 100-year flood two years ago! Why are we having another one? You guys must have your numbers wrong.' It makes people think we don't know what we're doing," says Robert Holmes, the national flood hazard coordinator at the U.S. Geological Survey.

"I think the use of this 1-in-100-year and 1-in-500-year is confusing to people," says Alice Hill, a senior researcher at the Hoover Institution and former official with the National Security Council in the Obama administration. "Many people assume that if their area has experienced the 1-in-100-year flood, that means for the next 99 years they need not worry about flooding."

That's because the probability is hard to understand.

After Hurricane Florence hit North Carolina last year, Gov. Roy Cooper told reporters, "When you have two 500-year floods within two years of each other, it's pretty clear it's not a 500-year flood."

Neither governor was correct. While it's unlikely that two large storms that cause flooding will happen in close succession, it's not impossible.

"As with the flip of a coin, if you flip heads twice in a row, that doesn't mean you'll flip tails the next time," Hill says. "So you could have three very significant floods right in a row."

And, studies say, there is a better way to communicate that reality, by telling people what their risk of flooding is over time rather than each year.

For example, if there is a 1% chance that a home will flood each year, that means there's a 26% chance it will flood over the course of a 30-year mortgage.

Put another way, if you lived your entire life — say, a happy 85 years — in a flood-prone area, you'd be more likely than not to experience a 1-in-100-year flood.

Hill says transitioning to that kind of language around flood risk is extremely important as floods become more frequent and severe in much of the U.S.

WATCH: Flooding In The U.S. Is Getting Worse

"Perhaps in the past this wouldn't have mattered so much, but with development and climate change — warming temperatures and more evaporation of water that falls very quickly — we need to let people know how they can better protect themselves against flooding," she says.

Hydrologists at the U.S. Geological Survey say they are making a big effort to communicate risk more effectively, in part by transitioning away from the 1-in-100 and 1-in-500 language in public documents and instead referencing the annual probabilities.

"It's a very complex process to try to give people a proper idea of the risk of living in a particular location," says Holmes of the USGS. The climate is changing, as is the physical environment. Both development and global warming add uncertainty to flood-risk calculations, which Holmes says is frustrating for local officials who want clear information about future flood probability so they can make decisions accordingly.

Holmes says a lot is on the line when it comes to communicating flood risk.

"If you build in the wrong spot, or you buy a house that you were unaware that you had a risk, you could lose your life savings," Holmes says. "Worst case, you could lose a member of your family or your own life. So there is a lot riding on getting the answer right."