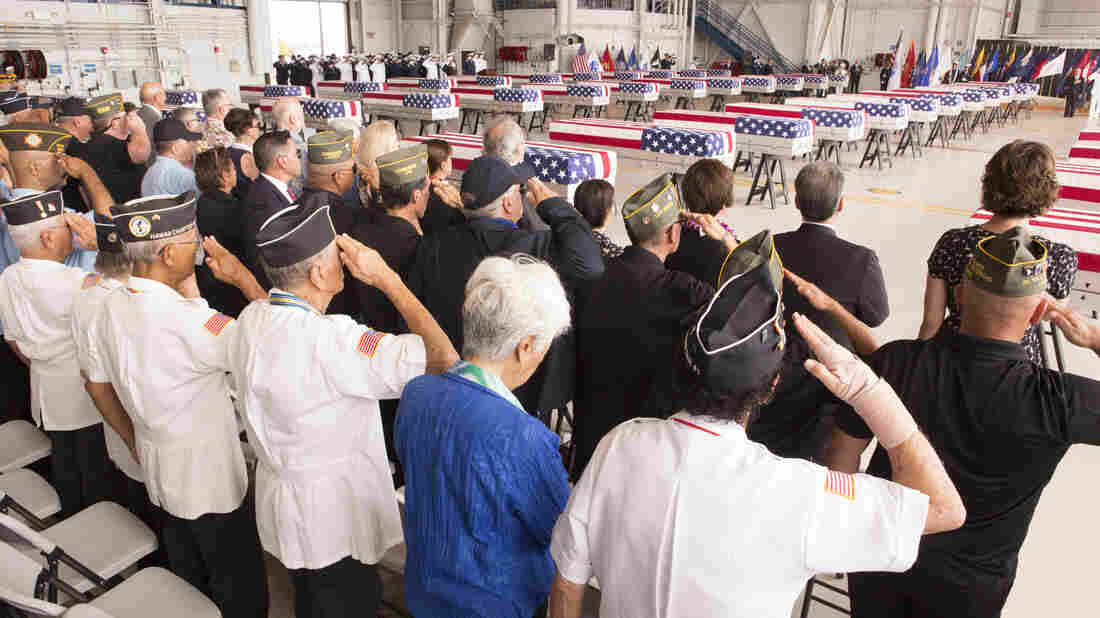 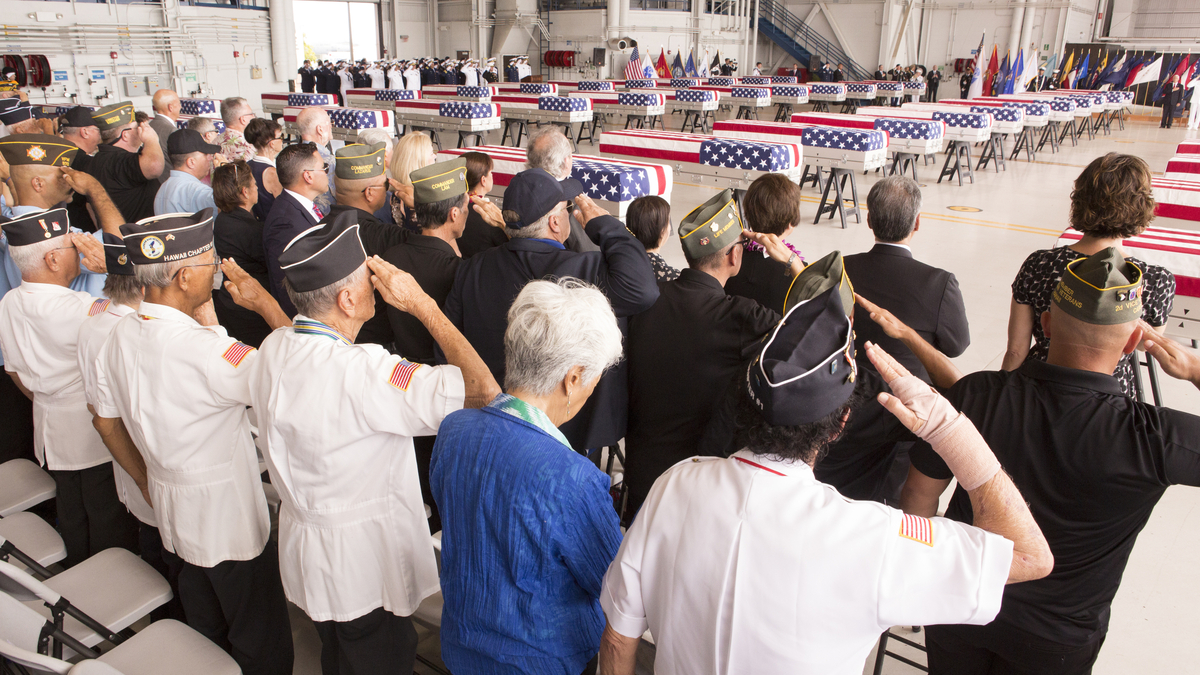 North Korea returned 55 boxes of presumed U.S. remains last summer, following a summit between President Trump and North Korea's Kim Jong Un. But that effort has now stalled, along with relations between the two countries.

The Pentagon has suspended efforts to recover the remains of thousands of service members who died in the Korean War over a lack of communication with North Korea. President Trump and North Korea's Kim Jong Un agreed on the effort during a summit in Singapore a year ago. But U.S. military officials say their North Korean peers went silent after a second summit, in Vietnam, failed in February.

Last summer's historic meeting between Trump and Kim quickly resulted in North Korea returning 55 boxes of presumed U.S. remains from the war, 65 years after an armistice was signed to end the fighting. The gesture was hailed as a breakthrough in the long, frustrating history of U.S. attempts to recover remains from the conflict.

But after the second summit collapsed, the U.S. Defense POW/MIA Accounting Agency, or DPAA, says its counterparts in the Korean People's Army have stopped communicating — and that it has given up hope of organizing joint recovery operations in the coming months.

"We have reached the point where we can no longer effectively plan, coordinate, and conduct field operations in the DPRK during this fiscal year, which ends on September 30, 2019," the DPAA said in a statement sent to NPR.

With the recovery effort on hold, the DPAA says that it's now "assessing possible next steps in resuming communications" with the North Koreans about potential plans for joint operations in the 2020 fiscal year.

News that part of the Pentagon is having trouble communicating with North Korea's military comes as the NK News site reports similar problems in diplomatic circles, citing officials who say they're seeing a pattern of meetings being canceled and telephone calls ignored.

Despite the setback for the recovery program, the DPAA continues to work on identifying remains of U.S. soldiers and other personnel, applying DNA analysis and other scientific tools to try to match them with personnel and health records. So far in 2019, it has identified more than a dozen soldiers from the Korean War. Most of those remains had been in U.S. custody for decades, awaiting official identification through advanced means.

Last September, the DPAA repatriated 64 sets of remains of South Korean service members who died in the conflict, in a ceremony at Joint Base Pearl Harbor-Hickam. Those remains had been recovered from North Korea in joint operations from 1996 to 2005, the military agency said.