Accessibility links
Review: 'Biggest Little Farm' Livin' Is The Life For Me A couple leaves L.A. to start a farm from scratch, without knowing what they're in for, in this crowd-pleasing documentary that proves "amiable and ultimately moving." 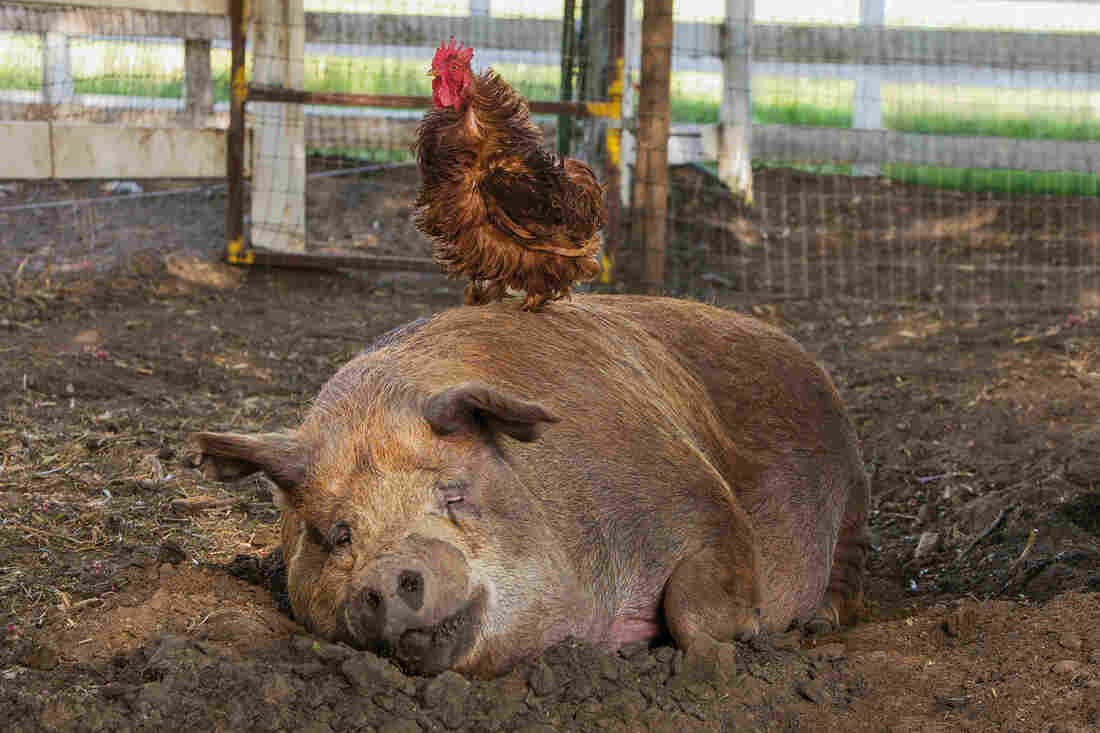 Some Pig: A documentarian and his spouse decamp to rural California to live off the land, or try to, in the documentary Biggest Little Farm. Neon hide caption 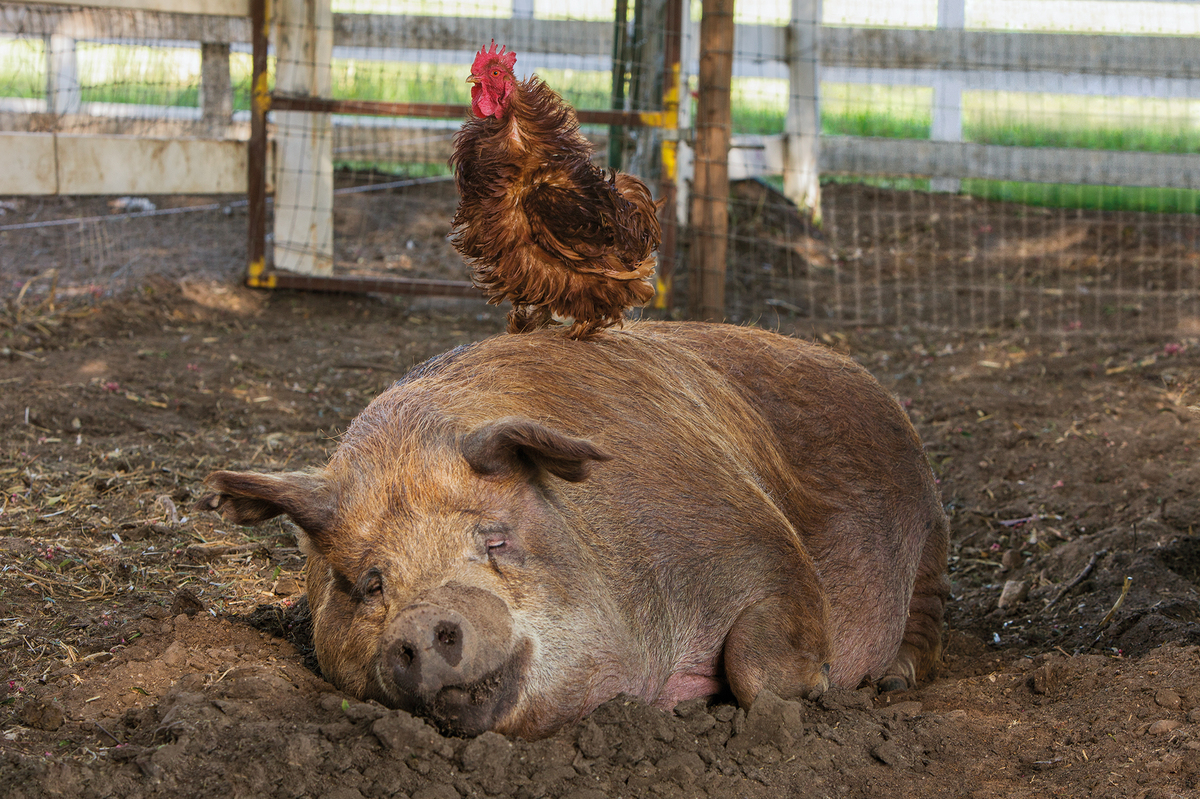 Some Pig: A documentarian and his spouse decamp to rural California to live off the land, or try to, in the documentary Biggest Little Farm.

Life is out of balance, as urgent documentaries have demonstrated since at least 1982's Koyaanisqatsi. Now The Biggest Little Farm seeks to explain how to restore equilibrium between mankind and nature — with the proviso that, at any given moment, ecological harmony will include a few harsh notes.

This amiable and ultimately moving film could be a lot harsher. When John and Molly Chester decamp from L.A. to a rustic nearby area, the couple moves from a sanitized, shrink-wrapped existence to one that's dirty, smelly, and violent. The film's director, who happens to be John Chester, doesn't actually show the most disturbing aspects of life at Apricot Lane Farms, but he does acknowledge them.

The Chesters and the farm meet cute, thanks to Todd, their rescue mutt. "This all started with a promise we made to a dog," explains the movie's narrator, who also happens to be John. He and Molly vowed to keep Todd for the rest of his life, so when they're evicted from their Santa Monica apartment because of his frequent barking, they decide to head for the country.

'Occupy The Farm': In Berkeley, The Revolution Will Be Irrigated

The city folks are not prepared to become farmers, but they do have some relevant experience: Molly is a chef and food blogger, while John is a cinematographer for wildlife documentaries. They know how to tell the story, even if they don't know what it's going to be.

The movie chronicles about eight years in which the Chesters' "dead" land, abandoned by a company that grew a single crop, becomes a fertile marvel. They credit the transformation to their agricultural guru, Alan York, who preaches "diversity, diversity, diversity." That means 75 varieties of stone fruit in the orchard and animals that include cows, pigs, chickens, ducks, and bees. The animals' excrement nourishes the revived dirt, which is maintained by ground-cover plants, which are kept well trimmed by hungry sheep.

John shows the abundance of fauna with a wealth of photographic techniques, using drones, slo-mo, macro lenses, and night-vision cameras. At Apricot Lane Farms, every lamb, piglet, snake, and raccoon is ready for its closeup.

The creatures complement, and sometimes befriend, each other. When York's utopian vision is being fulfilled, the farm animals also interact usefully with the wild ones attracted by the lush new landscape. But "interact" can mean that they eat each other. That's good when ducks snack on snails and owls consume gophers. It's bad when coyotes massacre the chickens whose eggs are the farm's first hit in the organic-food marketplace.

John himself kills, putting down hopelessly injured farm animals and training his shotgun on coyotes. But he cuts away from the slayings themselves, and never pictures animals on their way to slaughter. However it's done, the butchering can't be as gentle as most of what the film depicts.

The story opens with the threat of wildfire, a tease of the Chesters' final on-screen crisis, and then rewinds to tell the farm's backstory with an animated sequence. This cartoon prologue is a little too precious, as is Jeff Beals' folkie-classical score. But the rest of the movie is clear-eyed and mostly candid, even if it does skimp on information about the farm's finances and crew of idealistic young workers, both of which seem too good to be true. The Biggest Little Farm is not a guide to establishing a thriving organic farm. It's unlikely that anyone who sees the movie will think, "I could do that."

But the documentary does show that a eco-conscious farm is viable and sustainable, even in the dust bowl of drought-parched California. That the Chesters' spread is exceptionally picturesque is just a bonus.