Accessibility links
FBI Is Investigating 850 Cases Of Potential Domestic Terrorism The large number of cases prompts some members of Congress to ask: does the U.S. need new laws to prosecute domestic terrorism? 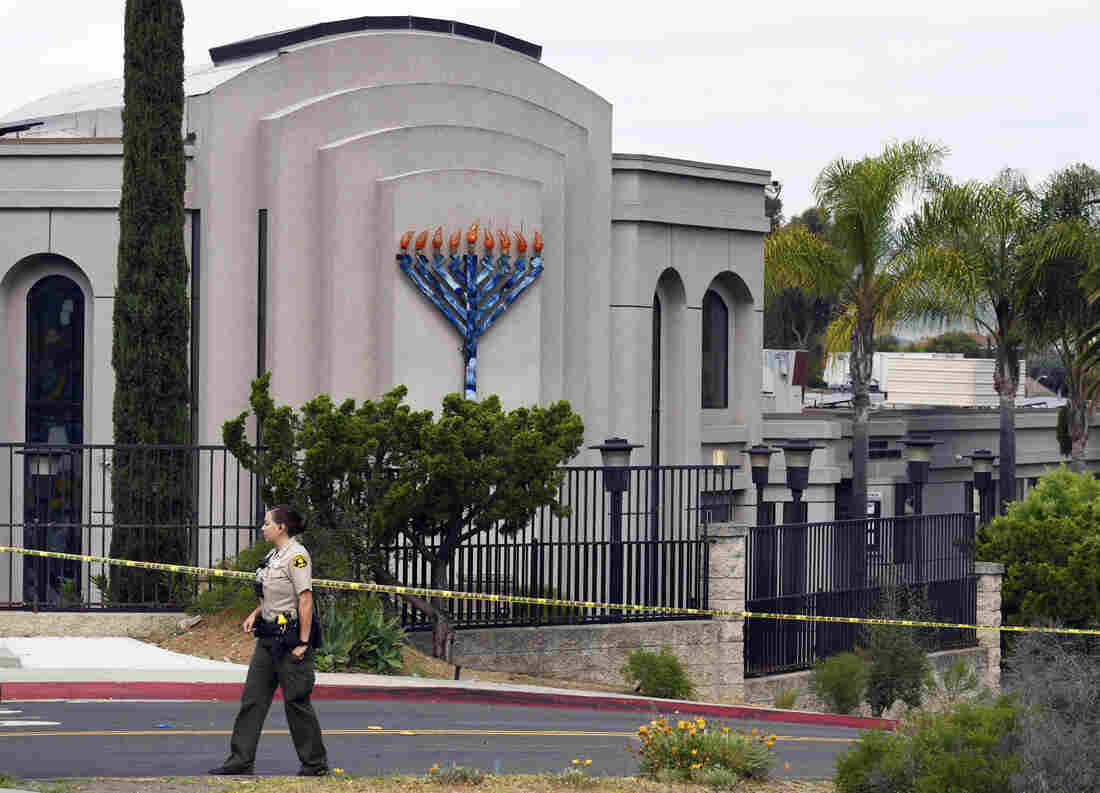 The Poway Chabad Synagogue in Poway, Ca., was attacked last month when a gunman fired at Passover worshippers. The FBI says it is currently investigating 850 cases of domestic terrorism. Denis Poroy/AP hide caption 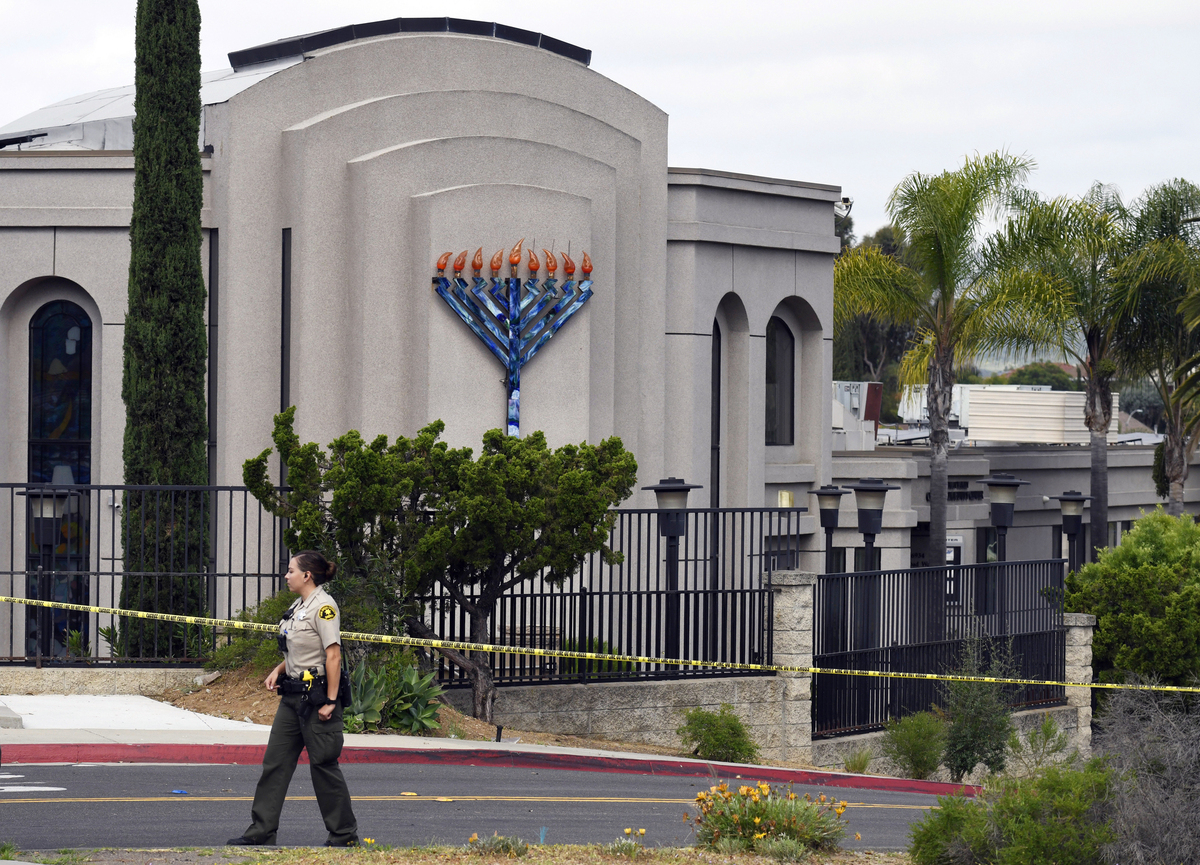 The Poway Chabad Synagogue in Poway, Ca., was attacked last month when a gunman fired at Passover worshippers. The FBI says it is currently investigating 850 cases of domestic terrorism.

The FBI is investigating some 850 cases of domestic terrorism and considers it serious and persistent threat, the FBI's Michael McGarrity told the House Committee on Homeland Security on Wednesday.

McGarrity and his fellow national security officials then went on to explain to committee members why the U.S. doesn't have an explicit law allowing the federal government to criminally charge extremists with domestic terrorism.

The federal government, law enforcement and even civil rights groups like the ACLU all consistently say that free speech rights under the First Amendment would make it problematic to define U.S. groups as terrorist organizations.

In an exchange with Democratic Congresswoman Yvette Clarke of New York, McGarrity noted that law enforcement has expanded powers when dealing with suspects linked to international terrorist groups like the Islamic State and al-Qaida.

"How does it give you more latitude?" asked Clarke.

"Because they're actually designated as a terrorist organization," McGarrity responded.

The U.S. has designated about 60 groups as terrorist organizations. Most are Islamist, all are based abroad.

High-profile attacks in recent years, including mass shootings at synagogues and churches, has led to increased discussion about whether Congress should establish a domestic terrorism law.

Committee members raised the issue Wednesday, and the national security officials were quick to point out their reservations.

"I was just curious on your thoughts about Congress enacting a domestic terrorism charge," Michael McCall, a Texas Republican, said to Brad Wiegmann of the Justice Department:

"We would welcome a discussion," Wiegmann said. But he added, "designating domestic groups as domestic terrorism organizations and picking out particular groups that you say you disagree with their views and so forth is going to be highly problematic."

Law enforcement officials generally say they already have plenty of tools to prosecute extremists. The large number of FBI investigations points to both the extent of the challenge, and to the extensive resources the bureau has devoted to the issue, McGarrity said.

Why The Government Can't Bring Terrorism Charges In Charlottesville

But the officials described the internet as an accelerant that speeds up radicalization. Lone wolves have online access on how to plot and carry out attacks while remaining invisible to law enforcement.

On the far right, small numbers of like-minded extremists now find it much easier to link up, the officials testified. And among Islamists, groups like ISIS may have lost the physical territory they once controlled, but their message still lives online.