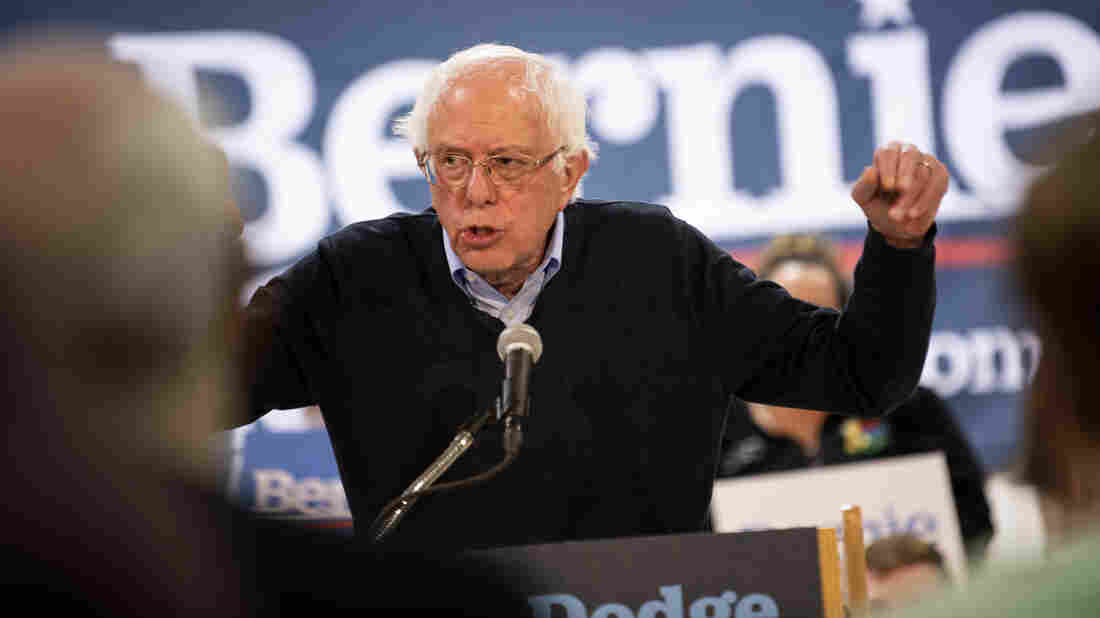 Democratic presidential candidate Bernie Sanders, I-Vt., speaks during a May 4 town hall at the Fort Museum in Fort Dodge, Iowa. Workers on his campaign have reached a union contract with management. Stephen Maturen/Getty Images hide caption 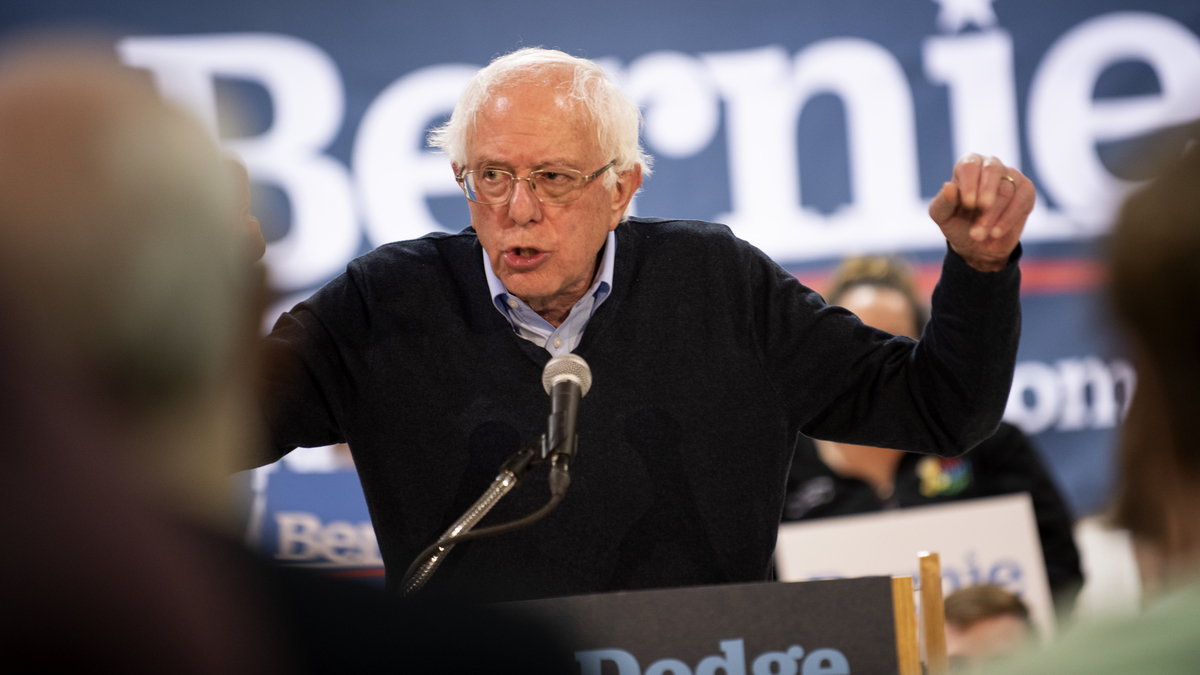 Democratic presidential candidate Bernie Sanders, I-Vt., speaks during a May 4 town hall at the Fort Museum in Fort Dodge, Iowa. Workers on his campaign have reached a union contract with management.

The campaign and the United Food and Commercial Workers Local 400 — with whom the workers are affiliated — both announced the agreement on Wednesday.

"We are proud of our workers and proud to uphold Bernie's commitment to collective bargaining rights and a strong labor movement," said campaign manager Faiz Shakir in a statement. "When Bernie Sanders is in the White House, he will make it easier not harder to join a union and we look forward to running a campaign powered by union workers."

The agreement has provisions ensuring that the campaign will pay the entire health insurance premiums of any worker paid under $36,000, according to Jonathan Williams, communications director at UFCW Local 400. There's also a pay limit for top campaign officials — no one in campaign management can make more than three times the highest-paid worker in the bargaining unit. (However, outside consultants wouldn't fall under this provision, Williams said.)

"One of the challenges of negotiating this contract was that you have traditionally very long hours on a campaign, but also very motivated employees who often choose to work long hours," Williams said.

That means that instead of setting strict limits on hours worked, the contract sets out time off provisions, like giving employees four "blackout days" per month, when they're not working.

There are forerunners at the congressional, state and local levels. The Campaign Workers Guild, which formed in 2017 to organize campaign workers, counts 25 campaigns it has helped reach collective bargaining agreements since its launch. The guild is not representing Sanders' campaign workers.

The campaign will have to adapt the intense operational needs of a national campaign to meet the working conditions set forth in the agreement, as well as the additional costs. Though, the Sanders campaign led the Democratic field in terms of cash on hand when the latest campaign finance figures were reported in April.

One other component Williams mentioned: provisions regarding discrimination and pay equity, as well as dealing with harassment. Aides from the Sanders 2016 presidential campaign have been accused of sexism and sexual harassment — accusations that hang over the senator's 2020 run. The ratification of the contract also comes just a day after the campaign put out new guidelines around sexual misconduct.

While it's only one presidential campaign, the new contract signals new energy in the union movement, according to one expert.

"I think it's really new," said Janice Fine, research and strategy director at the Center for Innovation in Worker Organization at Rutgers University. "I think it's very much a sort of a sign of the times in terms of increased activism in general and increased union activism, increased interest in unionism, particularly on the part of millennials."

Of course, no campaign does anything without considering what voters will think. And Sanders, already firmly established in the populist lane, may find himself further endeared to those voters because of his campaign's unionization.

It's not supported by everyone in the party. Former Democratic campaign official Steve Hildebrand, who served as deputy national campaign manager for Barack Obama in 2008, said to NPR last year, "Political campaigns are short-term gigs. They're not long-term operations, so this idea of unionization for an eight-month job, it just doesn't make a lot of sense."

Fine says that the contract sends a message to the Democratic Party.