Lucette Recalibrates A Doomed Relationship In A 'Deluxe Hotel Room'

Lucette Recalibrates A Doomed Relationship In A 'Deluxe Hotel Room' 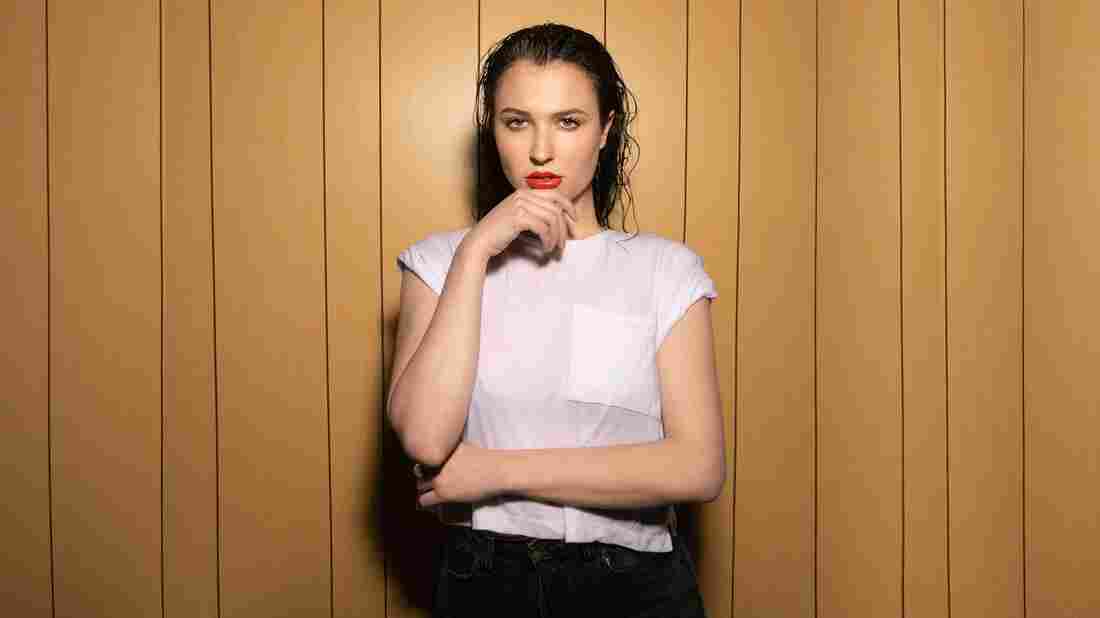 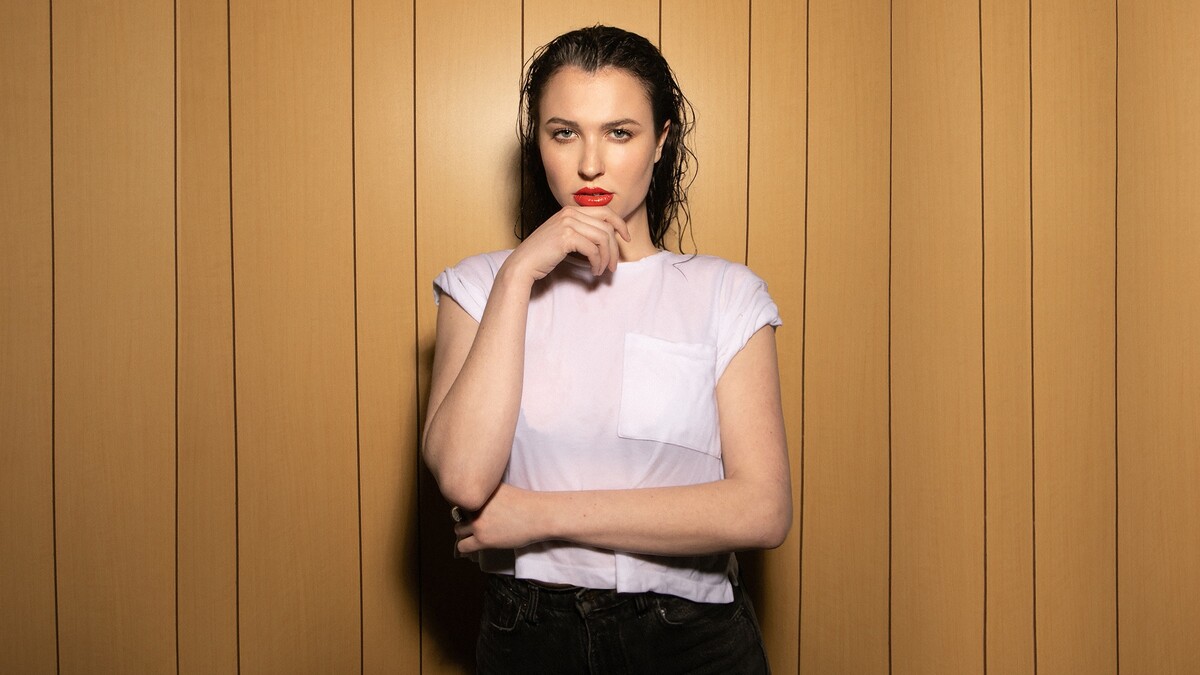 Fairlight Hubbard/Courtesy of the artist

Lucette introduced herself half a decade ago as the singer and songwriter behind "Bobby Reid," an eerily lulled plea to a lover who's turned murderous with an accompanying music video starring the stony stare and bloody hands of Sturgill Simpson. The song shared its airily haunted, minor-key melody and shambling folk-rock feel with many other tracks on Lucette's debut album Black is the Color, which the Canadian piano player, born Lauren Gillis, recorded at the tender age of 19 with then-ascendant Nashville producer Dave Cobb. When bloggers and interviewers likened its sound and spirit to Bobbie Gentry's "Ode to Billie Joe" — the archetype of Southern gothic-pop — Lucette warmly embraced the comparison. 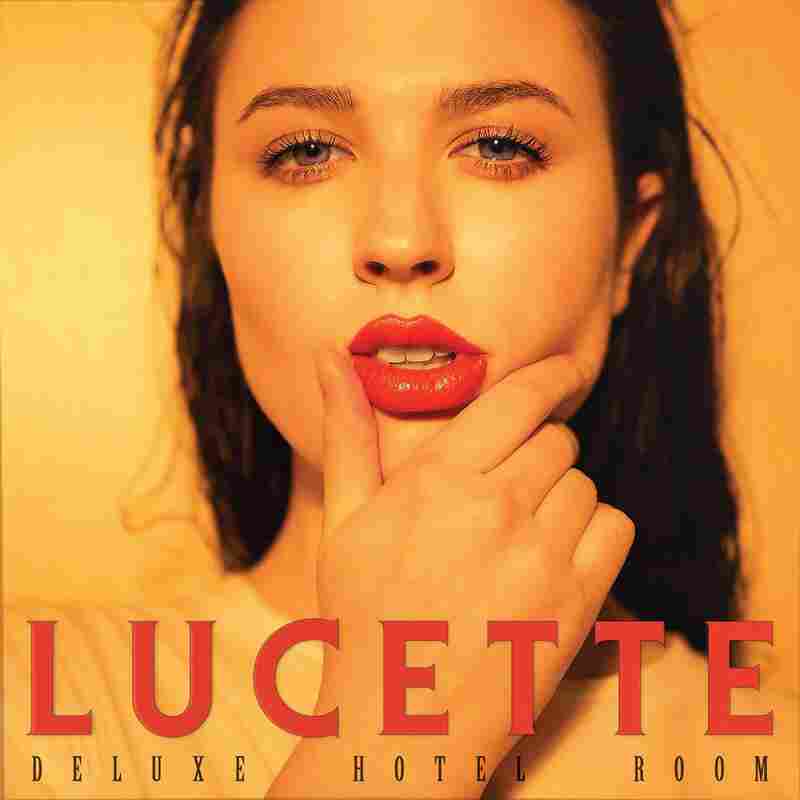 In her brief but essential examination of Gentry for the 33 1/3 book series, Tara Murtha captures a paradox: On the one hand, "Ode to Billie Joe" was such an out-of-the-gate smash that it forever branded Gentry as a native authority on rural tragedy and Southern mystique. On the other hand, Gentry delivered the song from a pensive remove (and would do the same with plenty of other entries in her catalog), allowing herself imaginative leeway as a storyteller, and insisted on consciously recalibrating her artistic approach throughout her time in the spotlight.

In early interviews, Lucette seemed to echo those inclinations, explaining that she preferred the work of songwriters who don't "just live in their own head and only see things from their perspective," and relished pulling characters from the shadowy, unexplored part of her psyche and burying small autobiographical details in otherwise dreamed-up tales. She's spoken of using a doomed relationship as source material for her second album, Deluxe Hotel Room, but its nine tracks don't register as any sort of blunt, personal purging. She's found space between presence and detachment in her performances, this time with production handled by Simpson, himself a fan of fairly freewheeling and unexpected shifts in style. Together, they've avoided strummed guitars in favor of spartan digital sounds.

With its lilting melody and sentimental language, "Crazy Bird" might've come off like a mountain tune of courtly, unreserved pining, but Lucette delivers the song as a dreamily distant memory of desire over the slow undulations of phase-shifted synthesizer and rigid, drum machine-like beat. "Fly to Heaven" bears traces of the gospelly urge to escape to otherworldly rest, except that the woozy pace of the sterile groove and the call-and-response between Lucette's sultry, effects-fogged phrases and Brad Walker's saxophone lends the song a surreally stoic quality. Her performance of "Out of the Rain," a slow-burning R&B ballad with a braying sax solo, is both sensual and artfully guarded. "When you're lonely as I am, you make up excuses to suffer," she sighs, with soft, precise vibrato and melancholy lucidity. "Oh, could there be someone to help get me out of the rain?" Coming from her, it's a question that doesn't truly need an answer.

Often, Lucette takes up the position of a watchful observer. During the brisk, girl group pop number "Angel," she's a wallflower nurturing a romantic fantasy, and during "Full Moon Town," propelled by a trudging dance pulse, she's a close yet detached observer of small towns' unspoken codes and tolerated mischief. Elsewhere on the album, she skates between pleading and rapt pondering ("Lover Don't Give Up On Me") and between ruefulness and wary resignation ("Deluxe Hotel Room").

But nothing is more telling than the moves she executes during "Talk To Myself." Lucette murmurs complaints about her chaotic state of mind, though her phrasing is elegantly impassive over glacial synth parts and a minimalistic 3/4 time groove. When she reaches the chorus, her voice spreads into luminous, multi-part harmony, all sung by her, as she insists, "But you'll never hear me talk to myself." She never lets us know for sure whether we already have, which is what makes her slippery introspection so engrossing on this album.