Accessibility links
Review: Pokémon, Go To See 'Detective Pikachu' Fueled by Ryan Reynolds' clever, wisecracking voicework, the film feels fresh and invigorating, and not simply the dutiful extension of a familiar brand it so easily could have been. 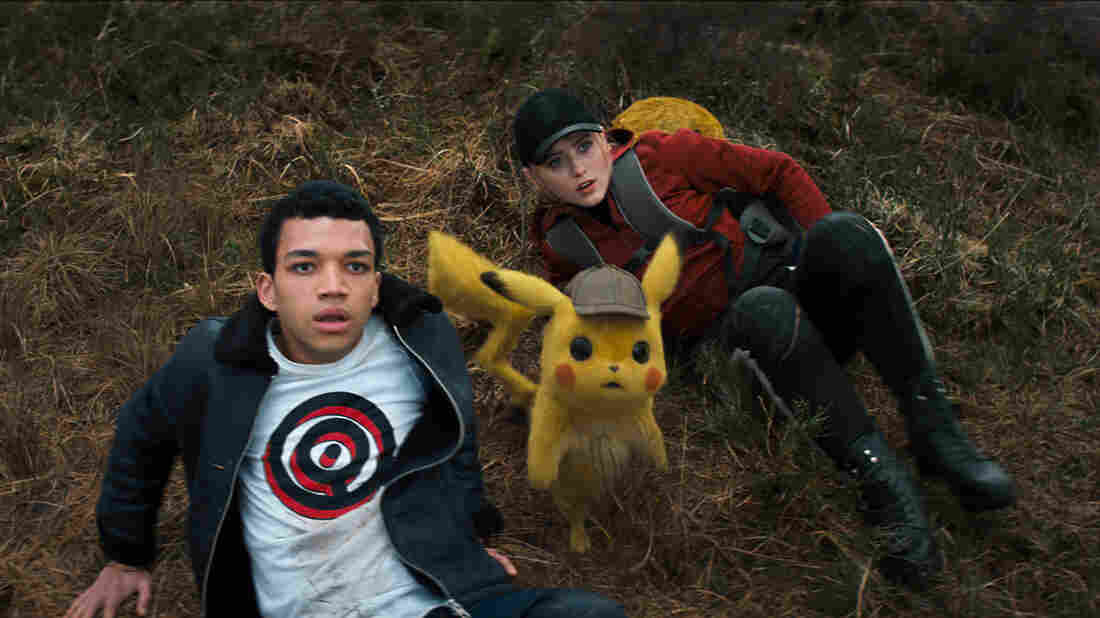 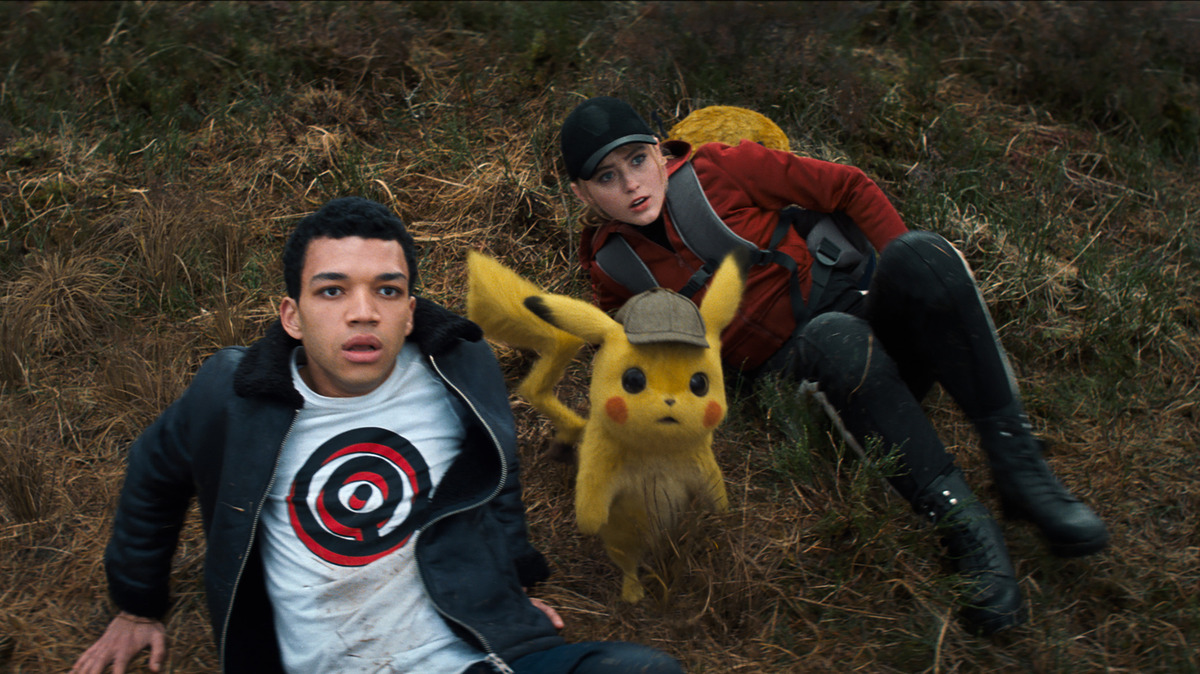 Have you ever questioned the moral fabric of the Pokémon universe?

Sure you have. For starters: In what kind of world would "Pokémon battles" — in which two humans force two excessively cute creatures to a fight until one of the beasts faints — constitute an acceptable social convention? And isn't the whole Trainer/Pokémon relationship more than a little ... problematic? Who decided that wild Pokémon, who demonstrate a level of intelligence several degrees above that of other animals, should live out their lives under the constant fear of capture and exploitation by humans?

Your enjoyment of Pokémon Detective Pikachu will likely depend on your degree of investment in these sorts of existential questions.The strength of the film lies in the way it playfully undermines the Poké-verse, poking holes in a thing that, when reduced to its essentials, seems just real silly. Much like last year's Spider-Man: Into The Spider-Verse, Pokémon Detective Pikachu looks itself in the mirror and remarks on what it sees there. And while it doesn't pull off the trick nearly as well, there's something admirable about a film that isn't afraid to have some fun with a property so established — and beloved — by its core audience.

Pokémon Detective Pikachu follows 21-year-old Tim, a former aspiring Pokémon trainer, who gets a call informing him that his father has been killed in a serious car crash. While rummaging through his father's apartment, he runs into a talking Pikachu (you know — the yellow one? with the lightning-bolt-shaped tail?) who's voiced by Ryan Reynolds, as well as Lucy (Kathryn Newton), an unpaid intern with a nose for a good story. The two inform Tim that there may be more to his father's supposed death than he thought.

This fact comes as much of a shock to Tim as the very fact that a Pikachu is speaking to him — something that doesn't normally occur between humans and their Pokémon friends, according to the well-established rules of the Poké-verse. This particular Pikachu is a snarky, loud-mouthed detective hooked on espresso shots.

Pokémon Detective Pikachu is essentially a buddy-cop film driven by the chemistry of its leads. Tim is played by Justice Smith, known best for his role in Jurassic World: Fallen Kingdom. He's charismatic enough, exuding a sincerity that gets him through the role just fine. But this film is all about Reynolds: He's genuinely funny, supplying a constant barrage of crisply delivered one-liners that will remind you just a bit (okay, a lot) of his Deadpool performance. Whenever the film's plot gets too Byzantine for its own good in the back third, it falls back on Reynolds' spark to jolt itself back on track.

The search for Tim's father begins in Ryme City, a sprawling metropolis that promises to undo the existing imbalance of power between humans and Pokémon. It's in the conjuring of this city, its inhabitants, and its rules that the absurdist world of Pokémon Detective Pikachu comes to most vivid life. Here, Pokémon aren't captive to humans, they live alongside them, with fully lived lives and careers.

Tim and Pikachu duck into alleyways soaked in noir shadows. A neon glow emanates from the city's Blade Runner-esque street signs. Pokémon battles, outlawed by the city, take place in illicit underground fighting rings. Some of the Pokémon inhabiting the city are grotesque, painted with a realism that is intentionally jarring. (When the trailer for Pokémon Detective Pikachu first dropped, the internet recoiled in terror over a scene where one Pokémon reveals it's gnarled, oversized tongue.) At another point in the film, Pikachu quips about how it's a bit creepy that one particular Pokémon wears the skull of its dead relative — something fans have always found a particularly disturbing bit of actual Pokémon canon.

None of this clever navel-gazing matters, of course, if the movie around it doesn't hang together. It does manage to do so, if only by the skin of its teeth. For all the fun it's having with Pokémon lore, the film's a ruthlessly conventional affair outside of a few late surprises. It moves at a relentless, dizzying pace that gives us little time to appreciate its characters, even as the plot grows surprisingly complicated and — in the final stretch — nigh-incomprehensible. It doesn't help that, for a movie so reliant on the back-and-forth of its characters, the performances outside of Reynolds feel hollow and cheap.

Kids will likely overlook these grievances, but they're unfortunate setbacks for older audience members. If you're a viewer who can't tell a Pikachu from a Pidgey, there's not much here for you. But for those who grew up with Pokémon all around them — kids who collected the trading cards, who owned a Gameboy with either Pokémon Blue, Red, or Yellow, and who have maintained some form of love for the franchise, distant or not, ever since — there's something special about seeing a proper live-action Pokémon film on the big screen.

That's because, for years, the many Pokémon films and animated series have come and gone without the wider world taking notice. Rather than films standing on the strengths of their own merits, they felt like dutiful extensions of an already established brand, serving a simple, commercial purpose. In that sense, Pokémon Detective Pikachu represents a boldly original step forward for the franchise: One that, however flawed, feels lovingly crafted.