Accessibility links
Review: A Gentle Tour Through 'Wine Country' Amy Poehler directs and stars in this Netflix film that, while light on laughs and conflict, delivers a "cozy reunion happy hour and an ode to female friendships." 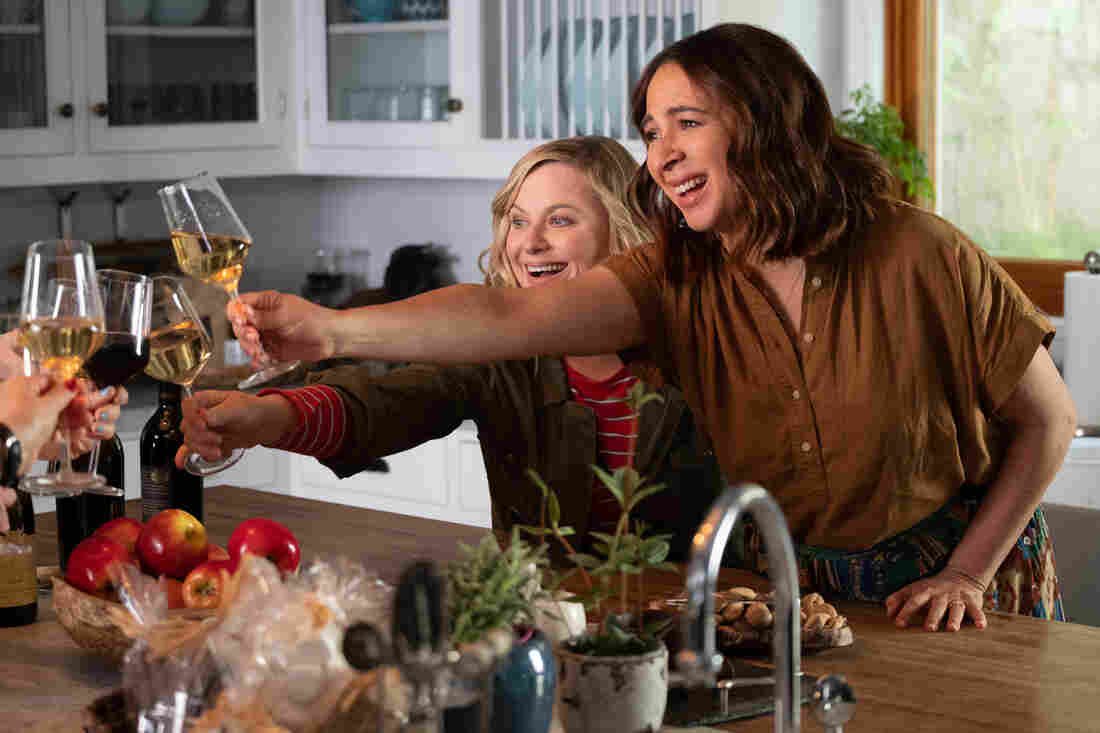 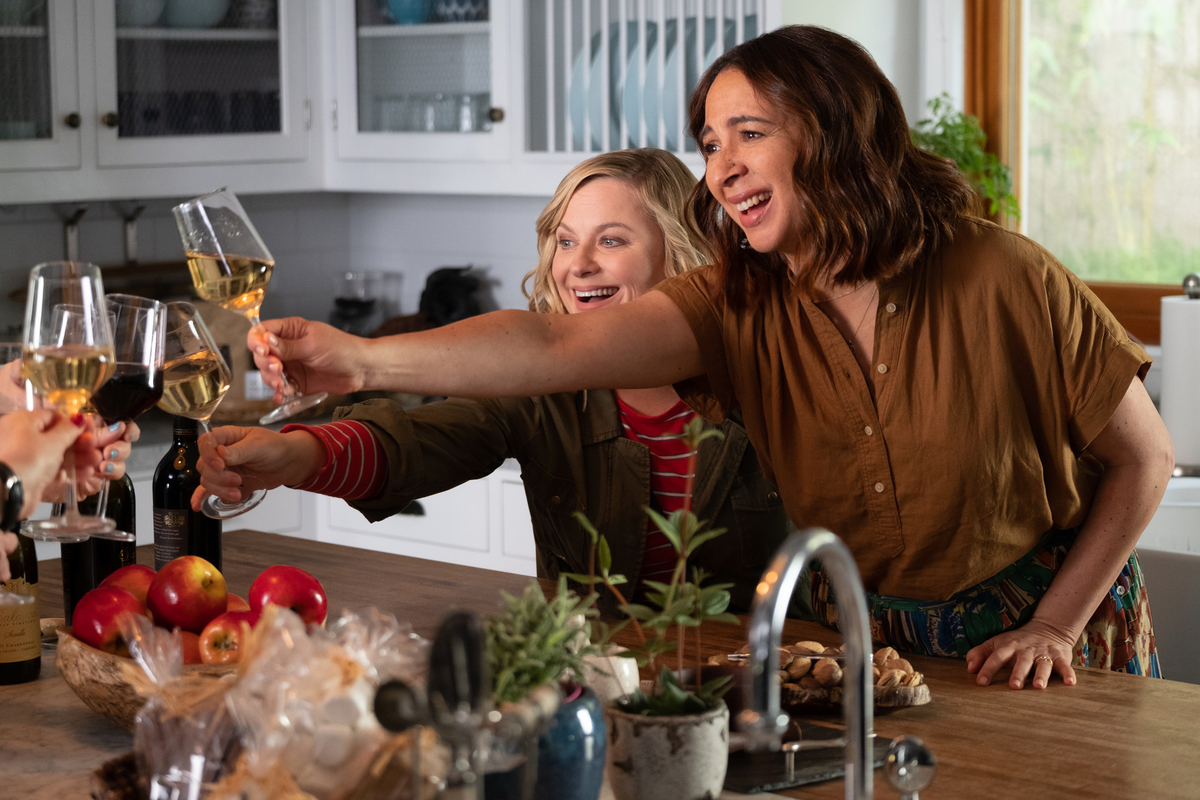 Cameos are expected in comedies, but it's a surprise when the guest roster trends a bit highbrow. Amy Poehler's new Netflix movie Wine Country, starring Poehler and her closest Saturday Night Live girlfriends on a romp through Napa Valley, doesn't trot out a big performer for its walk-on bit. Instead, the ladies cross paths with social work researcher Brené Brown, whose TED talk on "the power of vulnerability" went viral several years ago. And they treat her like a god ... or at least a celebrity on par with Cher.

Brown's messaging is geared toward people who avoid conflict and uncertainty in their lives, instructing them to instead embrace vulnerability as "the birthplace of innovation, creativity and change." Is it any wonder that Poehler and her co-stars — Maya Rudolph, Rachel Dratch, Paula Pell, Ana Gasteyer, Emily Spivey and Tina Fey — are so enamored of her? These performers have long adapted their comedic personas around the anxieties of work and female friendships, and now those fears and doubts are coalescing around the added specter of middle age. Brown's presence in Wine Country could just be some clever cross-promotion for her own Netflix special, but it feels more like signposting. Despite the movie's best efforts to make things pleasant and shiny and oh so gentle, its characters are indeed afraid of life's uncertainties, and they'll have many teachable moments before all is said and done.

Wine Country is basically Poehler's version of Adam Sandler's Netflix-funded vacations, but with some introspect in place of Sandler's crass gags. As director, Poehler casts her friends as former co-workers from the same Chicago pizza parlor (a not-so-subtle nod to their actual early days in Chicago improv). They've all gathered in Napa on the occasion of a 50th birthday; Dratch, who's already reached that milestone herself, plays the birthday girl. Everyone is a toned-down version of their usual high-wire shtick, with the exception of Fey, doing real character work as the grunting edible-soap queen who owns the house Poehler's character has rented.

Even in a repressed state, the others are walking embodiments of doubt and anxiety. Poehler's Abby is a tightly wound, Knope-esque planner masking a recent job loss with the birthday celebrations. Rudolph's Naomi is a mother terrified of a pending medical diagnosis. Gasteyer plays Catherine, a successful restaurateur who can't peel her eyes from her phone. Occasionally they'll pair off to whisper about one another, usually accompanied by the phrase "Can I just say something?" or the preferred alternative of Dratch's conflict-averse psychologist, "Can I offer some feedback?" You get the sense that these women are just saying on-camera the sorts of things they've always said to each other.

Mostly everyone is here to bond, and not just stage-bond. They laugh at each other's jokes, sneer at the sommeliers who try to lecture them about flavor notes and crank Kim Wilde's "Kids in America" to full volume on the party bus. Largely because of its oh so gentle nature, Wine Country isn't the best laugh-delivery vehicle: Many scenes lack even a basic conflict, let alone a central joke. Other times the film runs away from "yes, and" setups entirely. There's something resigned about the bit where one of the women introduces a bag of molly and no one wants to take any.

But Poehler is going for something warmer than an SNL sketch, or for that matter her previous forays into high-concept, big-screen comedy like Baby Mama and Sisters. Left to her own devices as helmer, she's made a cozy reunion happy hour and an ode to female friendships. She also invites us to draw on our knowledge of who all these actresses are and why they might be so perturbed over the directions their careers and lives have taken as they approach 50. In the narrative, some women are less successful than others; some are single or in a bad marriage or denying their fear of aging. Some resentment boils over, as it must, but things never get too nasty. The film wants us to know that everyone is there for each other.

On hand to deflect the sorrows, besides the wine, are supporting players who seem to have wandered over from broader movies: Jason Schwartzman as a hipster chef who can never finish his paella recipe, Cherry Jones as a cynical tarot-card reader, Pen15's Maya Erskine as a young artist whose work consists entirely of ironic Fran Drescher portraits. The scene at her art gallery is the film's closest thing to a true comedic set piece, as the ladies take turns insulting a roomful of overly confident millennials.

Even during this bit, though, Poehler utters a conspicuously not funny line that's clearly meant as something else. "We are exactly where we need to be," she announces. "We're doing fine." For anyone who needs to hear it.