Accessibility links
Uber IPO: Is The Company Really Worth $90 Billion? Uber has never been profitable, yet the ride-hailing company may be valued at as much as $90 billion when it goes public Friday. It will be one of the largest tech IPOs ever. 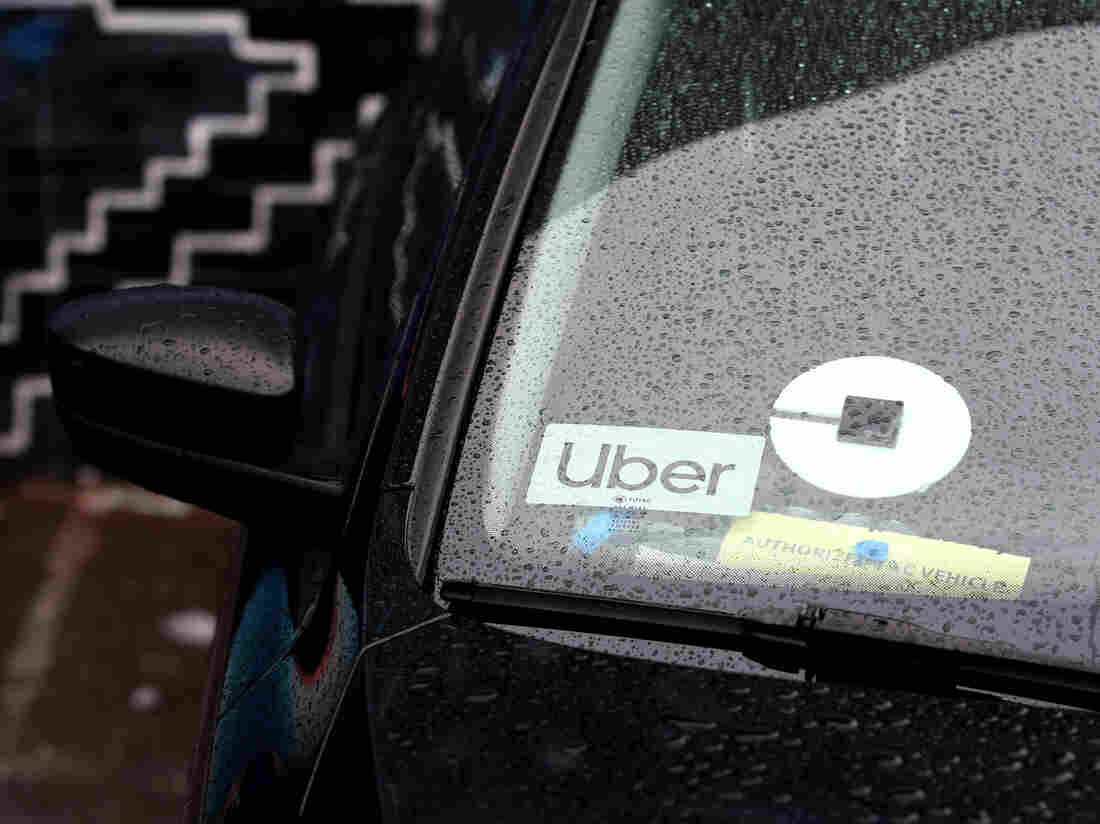 With its initial public offering on Friday, Uber hopes to raise billions of dollars, but analysts wonder when the ride-hailing company will turn a profit. Justin Sullivan/Getty Images hide caption 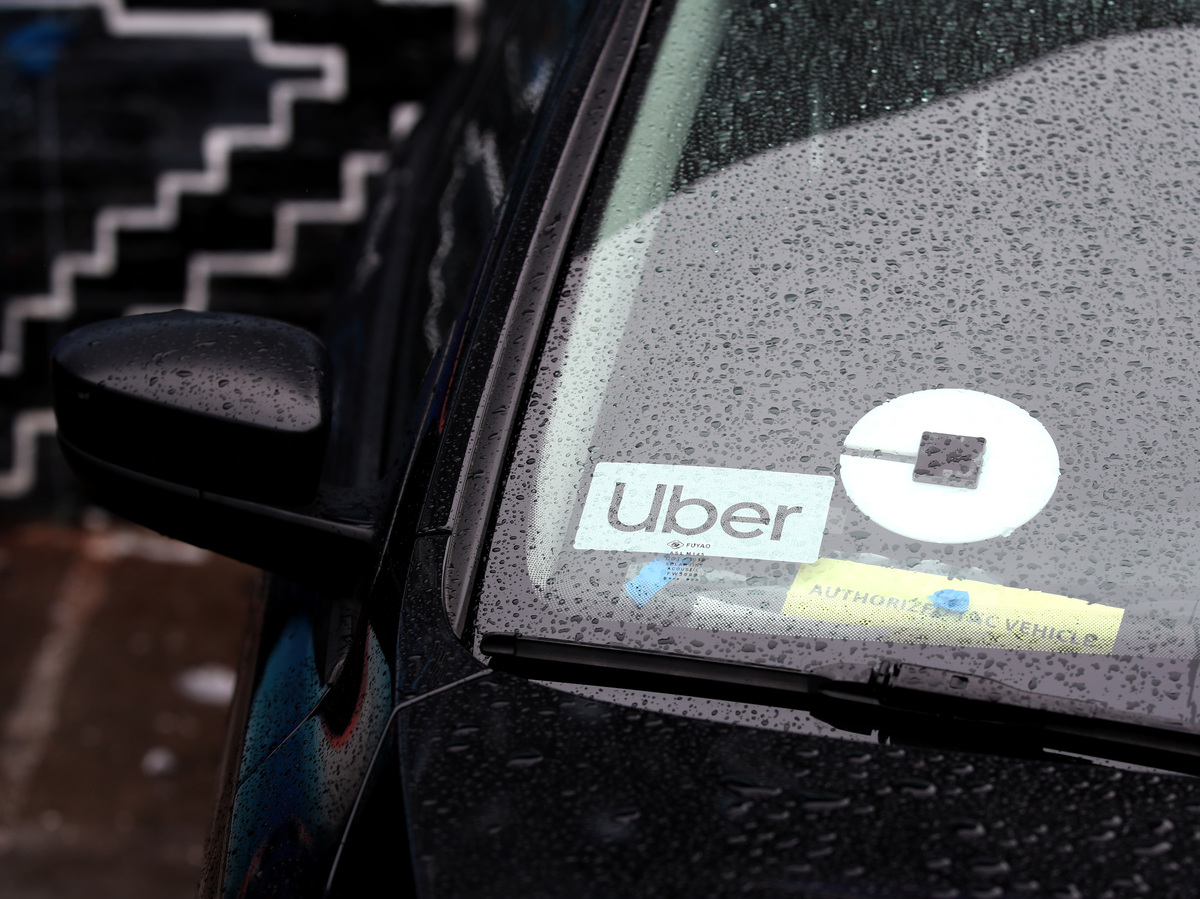 With its initial public offering on Friday, Uber hopes to raise billions of dollars, but analysts wonder when the ride-hailing company will turn a profit.

Uber will go public on Friday in a highly anticipated initial public offering that will be the largest since 2014 — and one of the biggest in U.S. history.

After speculation that the ride-hailing company could be valued at as high as $120 billion, Uber is now targeting a valuation of $80 billion to $90 billion. At the same time, it has never made a profit — and has instead been burning through cash at a prodigious rate.

Uber has grown massively in the decade since its founding and has footprints around the world. Its wild success has made Uber a household name — not just synonymous with ride-hailing but shorthand for any app that offers a service on demand: "Uber, but for laundry," "Uber, but for dog-walking."

"This is a company that's fighting a lot of battles on a lot of fronts," says Tom White, an analyst at D.A. Davidson.

It has been expensive for Uber to expand into all those new markets. And the company has burned through money while keeping rates low to compete with its numerous rivals.

Uber has mastered the art of rapid growth. But how can it pivot to become a profitable company?

"Uber is losing money, and you have to have a little bit of a vision to see them taking that revenue and start turning it into profit," he says.

Both Arounian and White are optimistic about Uber's chances — eventually.

Uber has sheer scale on its side, giving it a balance sheet that will let it wait out competitors. And once rivals have dropped out or consolidated, Uber can stop spending so much on discounts and coupons (thus effectively raising prices for users) and start bringing in more money.

Arounian also notes that there's an advantage to being the Uber for everything. If drivers work for multiple Uber platforms — for example, for ride-hailing and for Uber Eats — they can fill a day more efficiently.

"During peak driving times, that driver is picking people up and dropping them off," Arounian says. "Lunchtime kicks in — they're dropping off food. Switch back on during the evening rush hour to drop people off, and then they could do dinner."

That gives Uber an edge over companies that offer just one service. Cut some expenses, find a way to spend less on insurance, eventually roll out self-driving cars, and you may have a recipe for profits, Arounian says.

There's reason to be skeptical. To make this recipe work, Uber has to crush a small army of competitors. And when it comes to self-driving cars, there are huge obstacles, including not just technical challenges but also a maze of regulatory hurdles.

Analysts who believe in Uber's future profits emphasize that they're talking about the long term.

In the meantime, aside from the minor detail that it burns billions of dollars each year, Uber has other challenges.

Drivers have complained about their pay. On Wednesday, drivers went on strike and protested in cities across the United States.

James Hicks was on strike in Los Angeles. He noted that Uber recently cut driver per-mile pay by 25% in that city.

"My main concern is making sure that each and every individual driver makes enough money to put food on the table, to pay the bills," Hicks said, standing at the protest at Los Angeles International Airport.

And some drivers have called to be treated like employees, not contractors, which would hurt Uber financially.

Then there is Uber's dented brand. The company was long famous for openly flouting laws. Its corporate culture was toxic. Women who worked at Uber have reported rampant sexual harassment.

Uber ousted co-founder Travis Kalanick as CEO and replaced him with Dara Khosrowshahi, who has been tasked with cleaning up shop — and, with some of Uber's reputation restored, taking the company public.

As the IPO approaches, Uber has tempered expectations slightly. Lyft's IPO in March is a bit of a cautionary tale.

Uber's smaller ride-sharing rival set an ambitious price for its shares. After an initial pop, Lyft's stock slid dramatically. It has dropped nearly 30% from its IPO price.

As Uber prepares to follow Lyft into the stock market, it's not aiming for a $120 billion valuation, like some analysts had previously floated.

Still, with a total value of $80 billion to $90 billion, this will be the largest IPO in five years.