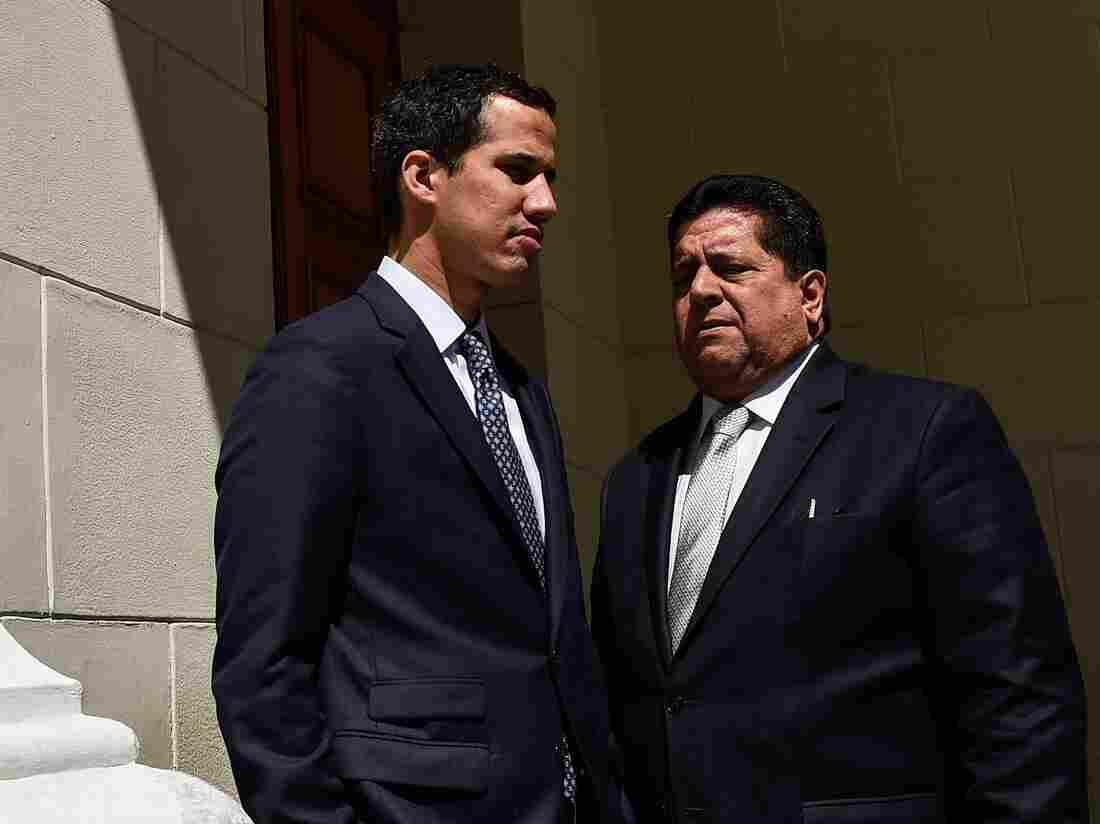 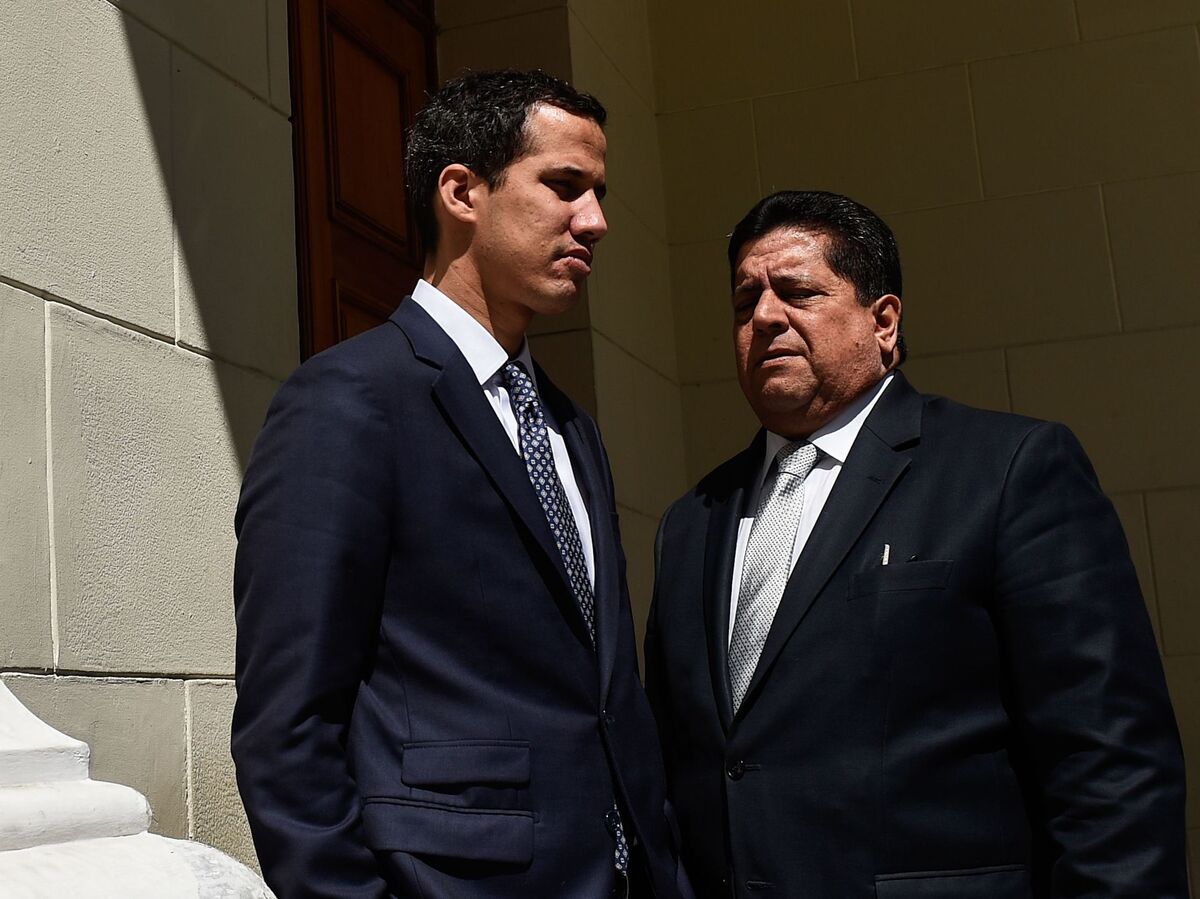 The vice president of Venezuela's opposition-controlled National Assembly was arrested by intelligence agents Wednesday night in Caracas. The U.S. government warns that there will be consequences if he isn't released.

Edgar Zambrano was in his car when he was surrounded by SEBIN intelligence agents. When he refused to leave the car, agents towed it with Zambrano inside to the SEBIN headquarters. The incident was tweeted by Zambrano as it happened.

Neighbors watching shouted "Assassins!" as the agents towed him away, The Associated Press reports. The arrest came as President Nicolás Maduro was on live state television at the opening of an agricultural project.

Zambrano's detention is the first arrest of a lawmaker since the unsuccessful attempt last week by opposition leader Juan Guaidó to stage an uprising against Maduro's government. The government accuses Zambrano of being involved in that attempted uprising, NPR's Philip Reeves reports.

On state television, Diosdado Cabello, the head of the pro-Maduro Constituent Assembly, said that "one of the principal conspirators of the coup" had just been arrested. "They will have to pay before the courts for the failed coup that they attempted," he said, according to Reuters.

A day earlier, the Constituent Assembly stripped Zambrano and six others of their parliamentary immunity – a move the opposition doesn't recognize, Reuters reports.

Guaidó tweeted that "the dictatorship has kidnapped" the assembly's vice president. "They've arrived at the absurd by towing his car with him inside, violating all the processes and displaying the authoritarianism to which they adhere."

Tensions are high after last week's attempted uprising failed to remove Maduro. So far, Maduro has held back from arresting Guaidó himself, a move that would stir an international backlash.

The Constituent Assembly stripped Guaidó's immunity in early April. The U.S. recognizes Guaidó, the head of the National Assembly, as the country's legitimate interim leader, and the Trump administration has made clear that his arrest would mark a serious escalation.

The U.S. quickly expressed its disapproval of Zambrano's arrest.

"The arbitrary detention of deputy @edgarzambranoad by the oppressive security forces of Maduro in Venezuela is illegal and inexcusable," the U.S. Embassy in Venezuela tweeted. "Maduro and his accomplices are directly responsible for Zambrano's safety. If he is not released immediately, there will be consequences."