Accessibility links
North Korea Launches 2 Suspected Short-Range Missiles In A New Test The apparent missiles were launched from the northwest, far from the border that divides the Korean Peninsula. 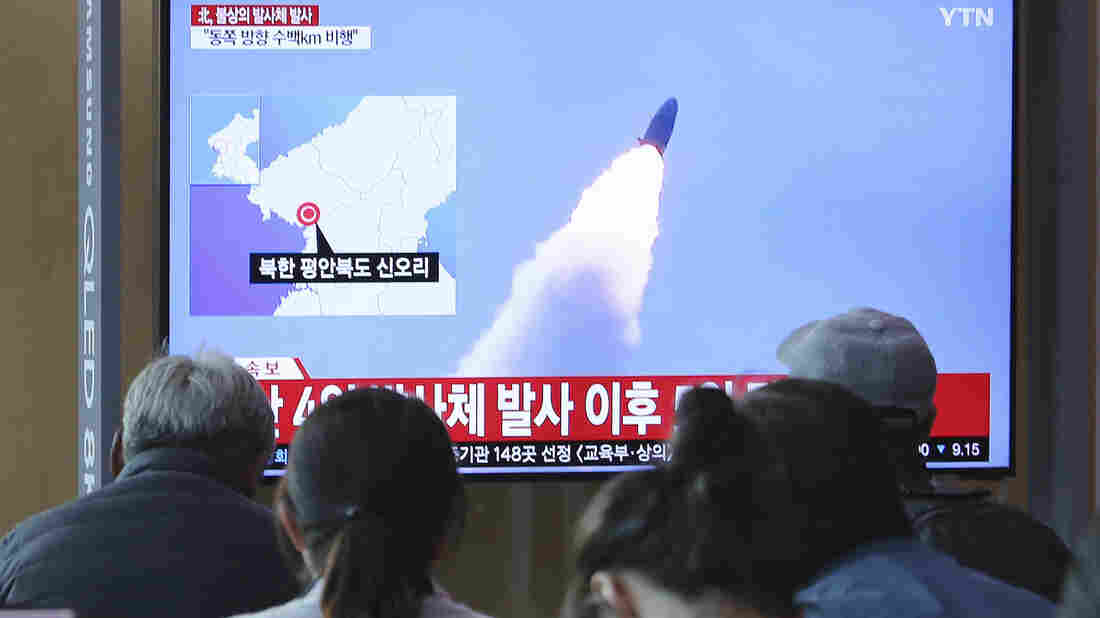 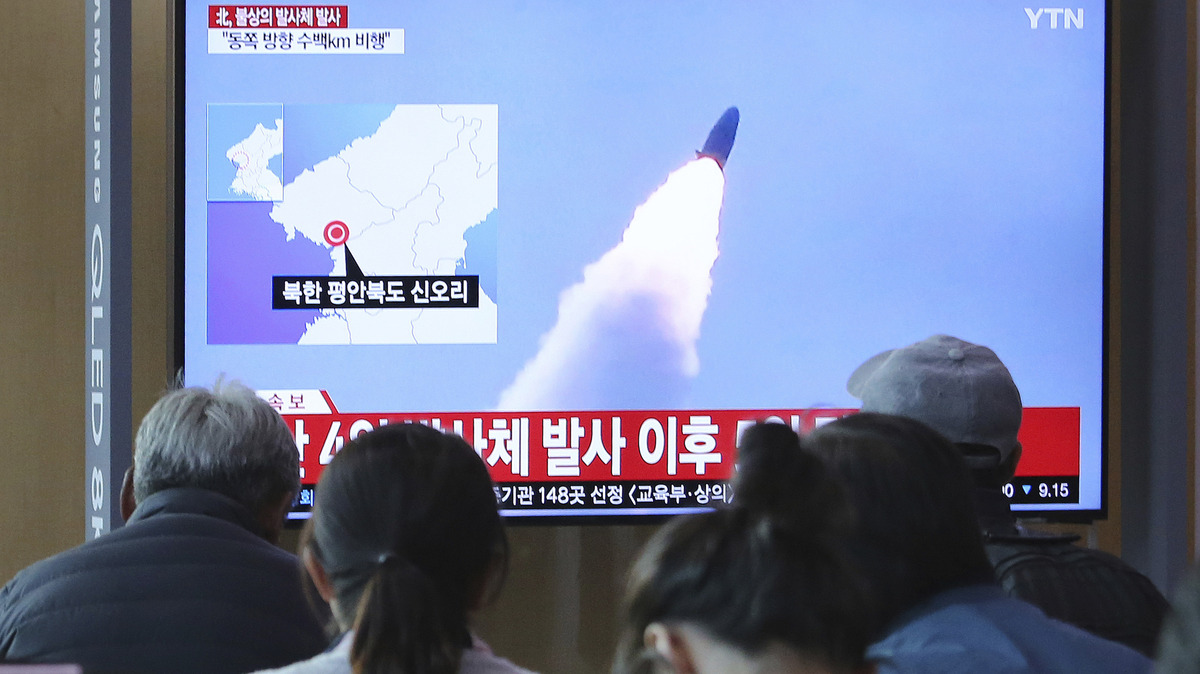 North Korea on Thursday fired projectiles that are believed to be missiles from the country's western area, South Korea's military says. The same day in Seoul, people watch a TV showing footage of a previous missile launch by North Korea.

North Korea launched two projectiles Thursday that are believed to have been short-range missiles, according to South Korea's Joint Chiefs of Staff, in what would be the second test of such missiles in the past five days.

The apparent missiles were launched from northwestern North Korea, far from the border that divides the Korean Peninsula, and they landed in the Sea of Japan/East Sea, according to South Korea's Yonhap News Agency.

Citing a statement from the joint chiefs, the Korean outlet says the first projectile was launched at 4:29 p.m. local time and flew about 260 miles. The second was fired 10 minutes later and flew about 168 miles.

South Korea's military initially said Thursday's launch took place in an area near Sino-ri, which South Korean media report as having a medium-range missile base. It later clarified that the projectiles were fired from the town of Kusong, north of Sino-ri.

The projectiles flew east, over populated land in North Korea and into the ocean. After the launch was announced, Japan's Ministry of Defense said the apparent missiles did not reach its waters.

On Saturday, North Korea's military launched a flurry of rockets and what it calls a "tactical guided weapon," in what was seen as proof that the country is still working on new weapons as de-escalation talks between President Trump and North Korea's Kim Jong Un have stalled.

North Korea's missile test over the weekend took place along its east coast. U.S. officials had downplayed its importance, saying that the weapons North Korea is testing are far different from long-range ballistic missiles — and the tests that caused alarm in 2017.