Accessibility links
Uber IPO: Stock Dips After Highly Anticipated Initial Public Offering Uber had a rocky debut on the stock market. Despite taking a relatively conservative approach to its share price, the company saw its stock go down immediately as trading began. 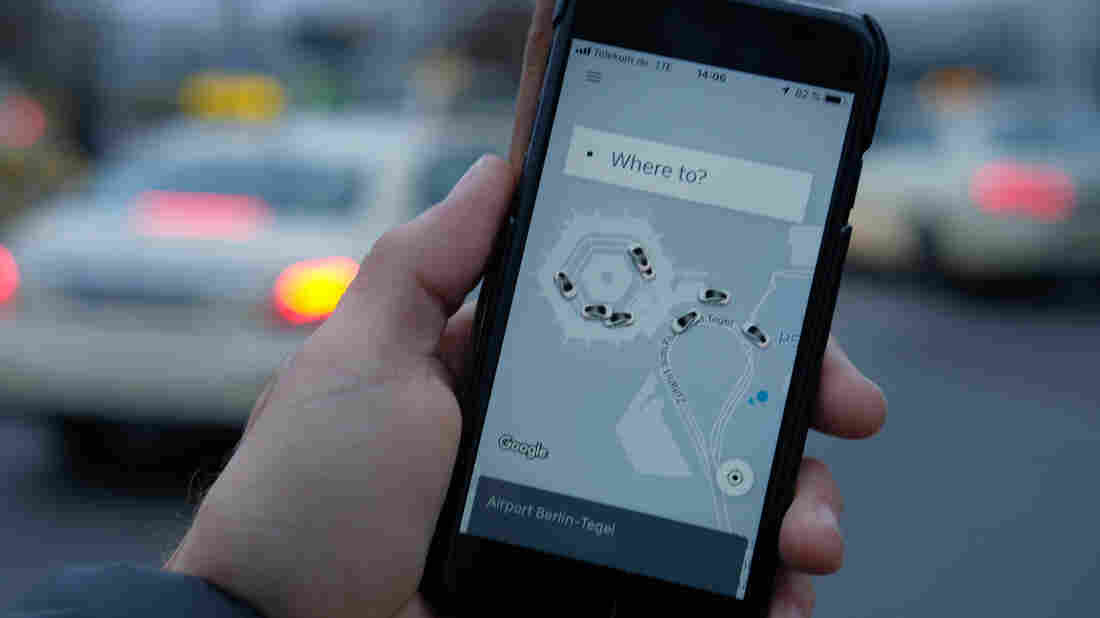 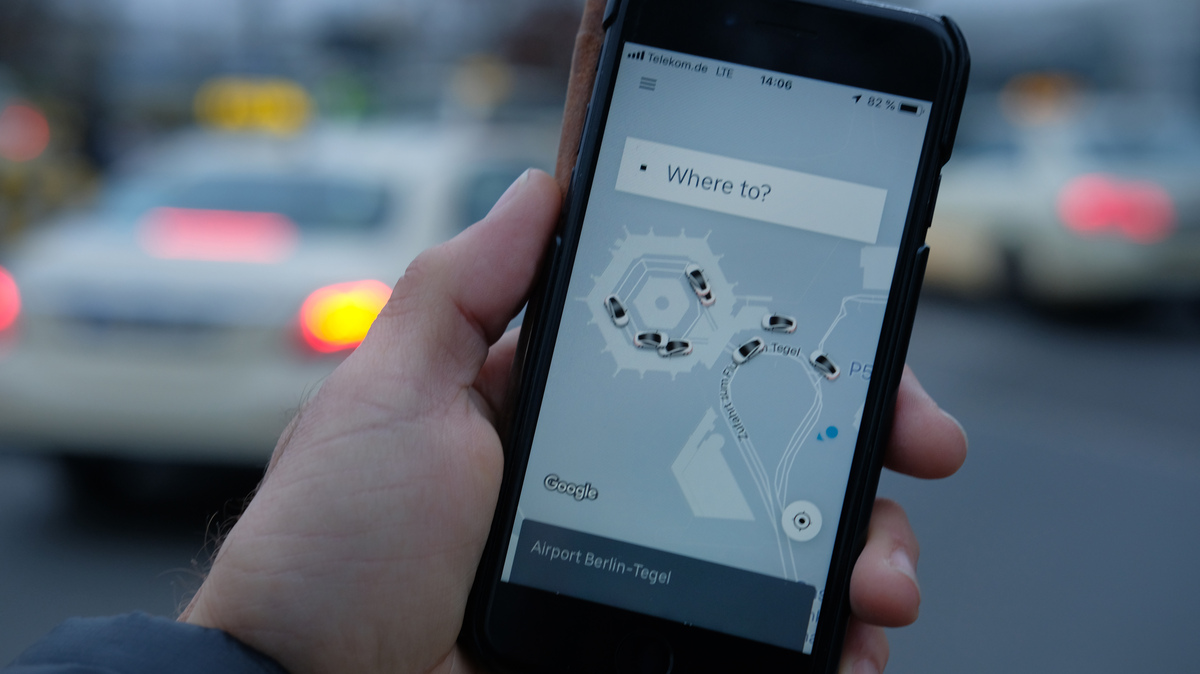 Uber, which has never turned a profit, raised $8.1 billion in this week's IPO.

Uber priced its shares at $45, the lower end of the possible range, aiming for a total diluted market value of about $82 billion. After a delay of two and a half hours, trading started with the stock at $42, down more than 6 percent over that initial price.

Throughout the day, share prices never reached $45. And at the closing bell, stocks were even lower than their morning value: Uber ended the day at $41.57 per share.

The company's pricing reflected a relatively conservative approach for this initial public offering. A few months ago, analysts were expecting Uber's IPO to be far bigger than this. A $100 billion valuation was seen as reasonable — some even floated $120 billion.

But it's a rough week for the stock market, which is watching President Trump's rhetoric on trade with concern. And Uber's smaller ride-hailing rival Lyft saw its stock values plummet after an ambitiously priced IPO last month.

Still, this is the largest U.S. initial public offering since Alibaba's record-setting IPO in 2014.

Uber, which has never turned a profit, raised $8.1 billion in the IPO.

Stock Markets In Turmoil Amid Uncertainty Over U.S.-China Trade Talks

Uber has expanded dramatically since its founding a decade ago — in user base, in geographic scope and in ambition. Once focused on helping wealthy users hail private limos as an alternative to taxis, Uber embraced a peer-to-peer model where almost anyone could become a driver. Like Lyft, it began offering carpooling options where you share a ride with a stranger.

As Lyft focused on ride-hailing in the U.S., Uber took another path — expanding its global footprint and diversifying its services, offering food delivery, freight shipping and electric bike rentals.

But all that growth was expensive. Uber, like Lyft, has never made a profit. Instead, the company has burned through prodigious quantities of venture capital as it slashes prices to compete with rivals and invests any earnings into expansion.

Plenty of investors see big profits in Uber's future — in the long term. These profits depend on Uber outlasting rivals, raising rates and cutting costs. Investors point to the company's massive size, and the tremendous potential markets for its many services: ordering takeout, receiving packages, even getting groceries delivered.

"They want to be able to touch consumers across all aspects of how they utilize transportation," says Ygal Arounian, an equity analyst at Wedbush Securities.

And autonomous vehicles, if they begin to replace drivers, could let Uber keep a bigger chunk of what users pay.

All the money raised through this IPO will help Uber chase that vision. But there are major obstacles.

While the technology behind autonomous or self-driving cars has come a long way, the cars are nowhere near ready for widespread, human-free deployment. And after a self-driving Uber hit and killed a pedestrian last year, Uber's own tests have slowed down.

Meanwhile, with autos that aren't autonomous ruling the roads, Uber relies on its community of drivers for its business model to work. And many drivers aren't happy: On Wednesday, groups held strikes and protests in cities in the United States, United Kingdom and Australia to push for higher pay and better working conditions. 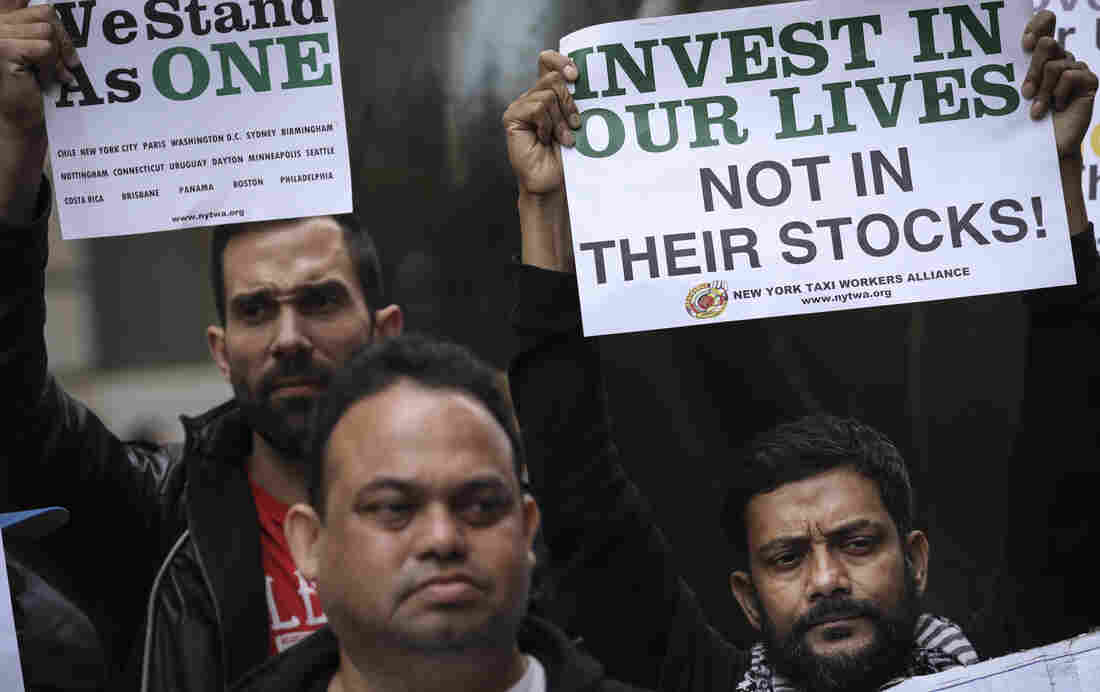 A small group of independent drivers and supporters protest against Uber and other app-based ride-hailing companies near the Wall Street Charging Bull on May 8 in New York City. Drivers called for higher wages and better rights as Uber prepared to go public. Drew Angerer/Getty Images hide caption 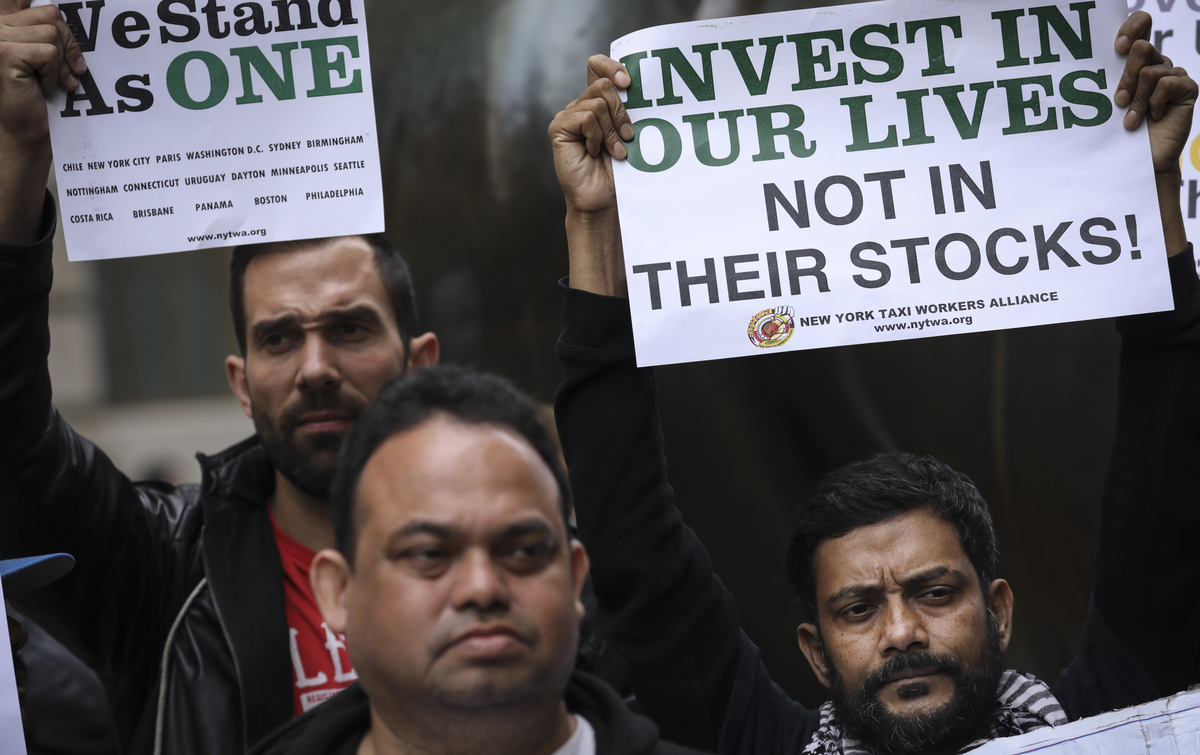 A small group of independent drivers and supporters protest against Uber and other app-based ride-hailing companies near the Wall Street Charging Bull on May 8 in New York City. Drivers called for higher wages and better rights as Uber prepared to go public.

Nabila Nusrat, who drives for Uber in New York, told NPR she was striking to protest the meager amount of money that drivers make from the overall fares. "Kinda like the big fish making all the money," she said. "I'm at the bottom of the chain so I'm getting pressed."

"Uber and Lyft have been stealing from their drivers almost since the beginning of introducing their respective businesses," Hicks said Wednesday.

Drivers' protests have seen some gains. New York City passed a minimum pay requirement for drivers who work on ride-hailing platforms. A California court ruling found that drivers, currently treated as independent contractors, might be employees entitled to benefits.

At a protest outside Uber's company headquarters in San Francisco on Wednesday, Mostafa Maklad said he feels emboldened by those successes. He has been driving for Uber for four years, but this is his first protest for a living wage.

"There have been several attempts before, but every time when people organize against Uber, Uber has always been managing to shut it down or kill it," he said. Now? "If they're not going to reach out to us, the law will force them to."

Uber's brand has been dinged by more than driver complaints. The company continues to cope with the fallout of years of bad behavior and a toxic corporate culture — everything from illegal business practices to reports of sexual harassment.

Then there's the question of regulation and how a rising tide of populism might affect Uber's agenda. The company aspires to become a monopoly in transportation, using Wall Street money to overcome rivals.

At the same time, several progressive Democratic candidates running in the 2020 election are either calling for or considering moves to break up big tech giants. New legislation in that direction could threaten Uber's growth goals.

But many analysts who are optimistic about Uber's future take comfort in the example set by another tech giant, Facebook. Its practices have violated user privacy and raised alarms over monopoly power. But after CEO Mark Zuckerberg said he expected to pay a multi-billion-dollar fine to regulators, Facebook's stock jumped more than 7% — indicating that investors believe the fine is not a real threat to Facebook's future.

Uber's history, too, suggests the company won't see its path blocked any time soon. The company grew as big as it did by openly ignoring municipal laws for taxicabs. Such rule-breaking has been essential to Uber's business model, said Matt Stoller, a fellow at the Open Markets Institute.

"They go into cities. They get a bunch of customers. And then they get those customers to lobby their city council to change the law. "

In the next phase, Stoller predicts, Uber could try to bypass antitrust laws.

In a previous version of this story, Nabila Nusrat's first name was misspelled as Nabilia.