Accessibility links
U.S. Takes Control Of North Korean 'Sanctions-Busting' Ship U.S. authorities say it is the first time a North Korean cargo vessel has been seized for breaking international sanctions. The coal ship has been detained in Indonesia for the past year. 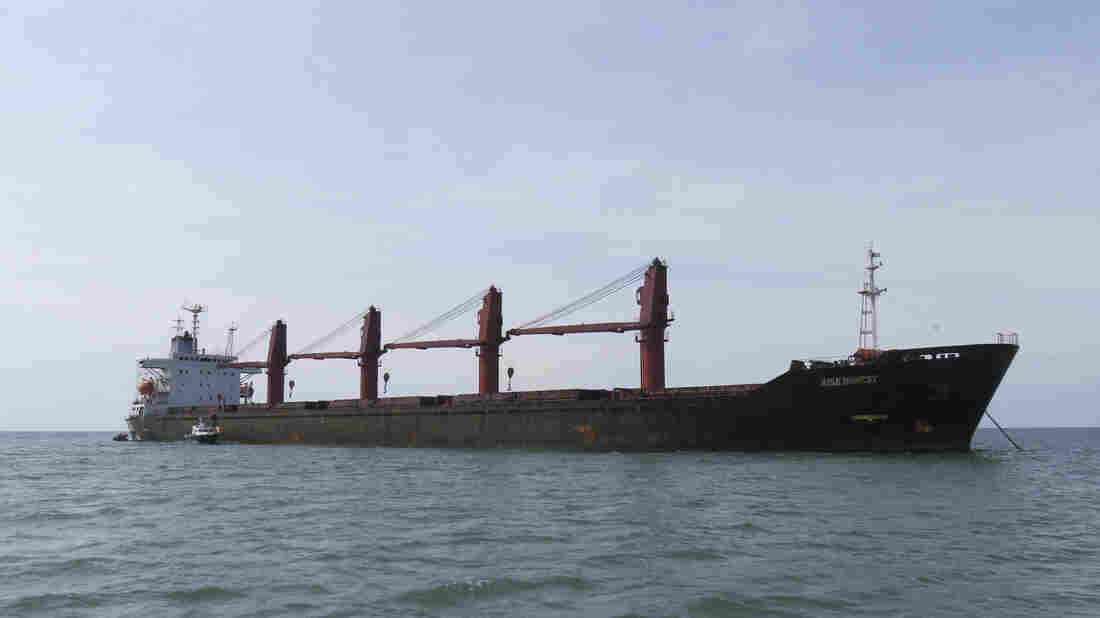 The Trump administration says it has seized a North Korean cargo ship, the Wise Honest, that U.S. officials say was used to transport coal in violation of international sanctions. Department of Justice via AP hide caption 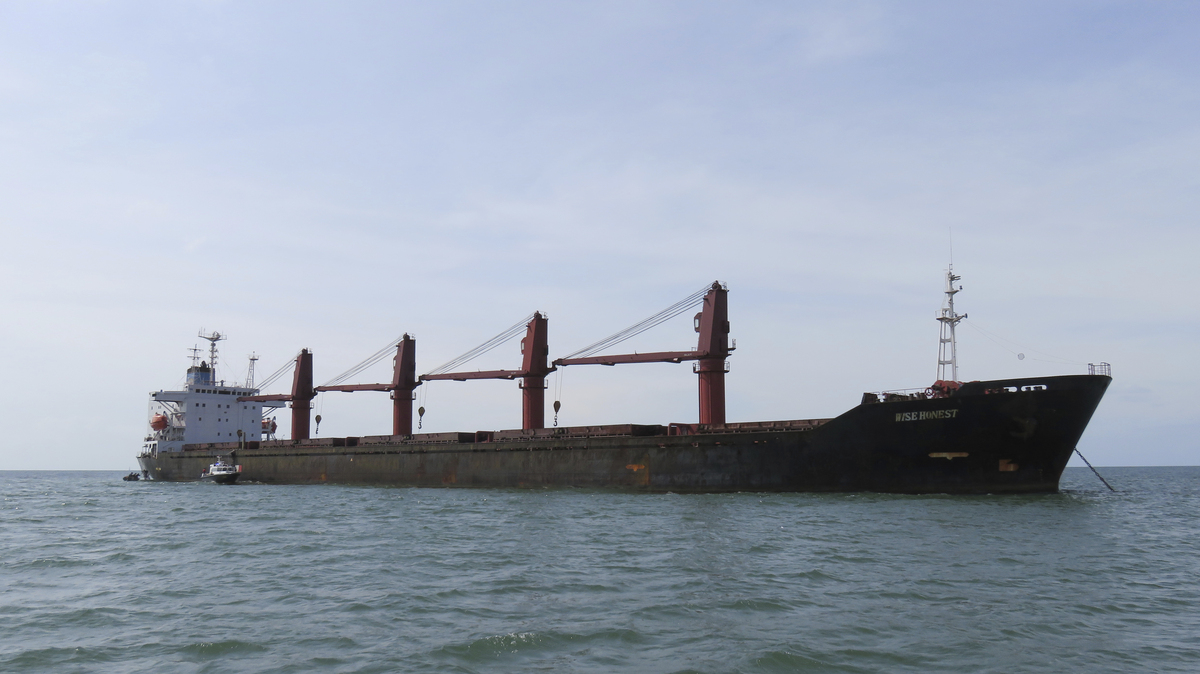 The Trump administration says it has seized a North Korean cargo ship, the Wise Honest, that U.S. officials say was used to transport coal in violation of international sanctions.

U.S. authorities announced on Thursday that they have taken control of a coal ship North Korea was allegedly using to evade international sanctions.

The ship, called the M/V Wise Honest, was first held by Indonesian authorities more than a year ago and is now being moved to American Samoa.

"Today's civil action is the first-ever seizure of a North Korean cargo vessel for violating international sanctions," Geoffrey Berman, the U.S. attorney for the Southern District of New York, said in a statement. "We are willing and able to deploy the full array of law enforcement tools to detect, deter, and prosecute North Korea's deceptive attempts to evade sanctions."

This seizure comes on the same day that North Korea was reported to have launched two projectiles suspected to be short-range missiles. It carried out a similar test several days earlier. The U.S. special representative for North Korea, Stephen Biegun, was in Seoul on Thursday to speak to South Korean officials.

Berman stressed that the other events are unrelated. "There is no connection at all between the recent activities of North Korea and our seizure warrant," he said. "We've been pursuing this for months."

U.S. authorities say the vessel broke U.S. law by processing payments through U.S. banks for the ship's maintenance, equipment and improvements. The ship has been operated by the Korea Songi Shipping Co. since November 2016 — which, according to the complaint, is a subordinate of the Korean People's Army.

North Korea hasn't actually had control of the ship for more than a year — it was seized in April 2018 by Indonesia.

Indonesia said in a letter published by the United Nations that it had noticed the ship's "automatic identification system" was turned off, which could help it avoid detection. It then found that the ship was sailing with two flags — North Korea and Sierra Leone — which is not allowed. On board was tens of thousands of tons of coal.

On April 4 of last year, the Indonesian navy detained the crew and the ship. Indonesia has said that in late July, it received a request for mutual legal assistance from the U.S., which appears to have eventually led to it turning over the ship to U.S. authorities.

According to the complaint filed in federal court in Manhattan, the ship was unloading coal in ports in China and Russia and returning to North Korea laden with heavy machinery.

"Coal exports have been one of North Korea's most proficient ways of earning foreign currency, and coal shipments are incredibly valuable, particularly the amount that ships like the Wise Honest can carry," Cameron Trainer, a research associate focused on U.N. sanctions on North Korea at the James Martin Center for Nonproliferation Studies, told NPR.

"My best guess is that proceeds from these coal sales are never actually going to North Korea, but they're being used to buy things internationally, which then get back to North Korea — according to the complaint — on the same vessel," he added.

A March report by the U.N. said that ship-to-ship transfers were rendering sanctions against North Korea ineffective, allowing the country to import oil and export coal above the allowed limits. In 2018, North Korea imported over half-a-million barrels of refined petroleum, it says.

The transfers take place on the open seas using a variety of techniques to try to hide the identity of the vessels involved. North Korea regularly repaints and reflags vessels to hide their identity, while the ships they meet switch off locator beacons and other identifying hardware to make the illicit transfers. The vessels often coordinate a meeting on the open ocean through messaging platforms like WeChat.

Generally, seizures of North Korean ships are not common, though they have happened before. One reason for their rarity, Trainer said, is that it would be very provocative to seize a North Korean ship on the open ocean due to the issue of sovereignty.

"When a vessel is sailing internationally it's under the jurisdiction of whatever country's flag it's sailing as. So the fact that it's a North Korean vessel in international waters means it is effectively North Korean territory," Trainer said. "So interdicting or seizing that vessel would be incredibly escalatory because it would be kind of, somewhat, tantamount to an invasion of North Korea."

The calculation changes, he said, when a ship enters the waters of another country, where it must obey its laws.