Accessibility links
Taylor Schilling: Orange Is The New Clown Taylor Schilling explains why after seven seasons on Orange Is the New Black, she's going to clown school, and exploring Juggalo culture in her latest film Family. 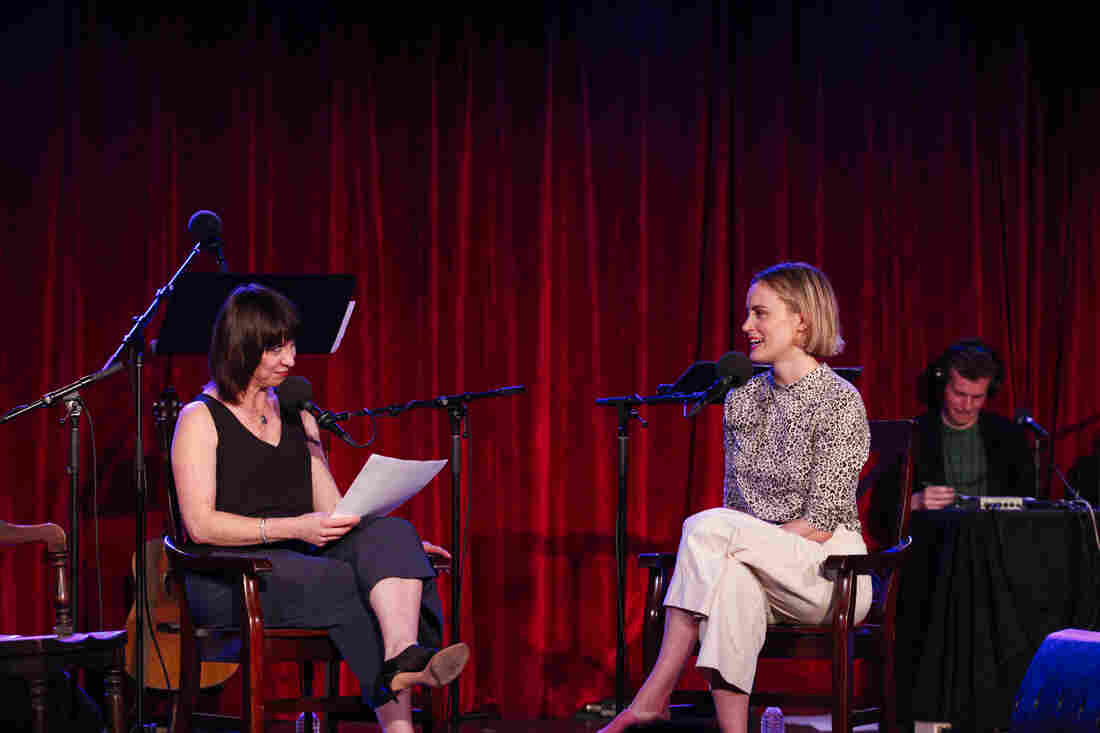 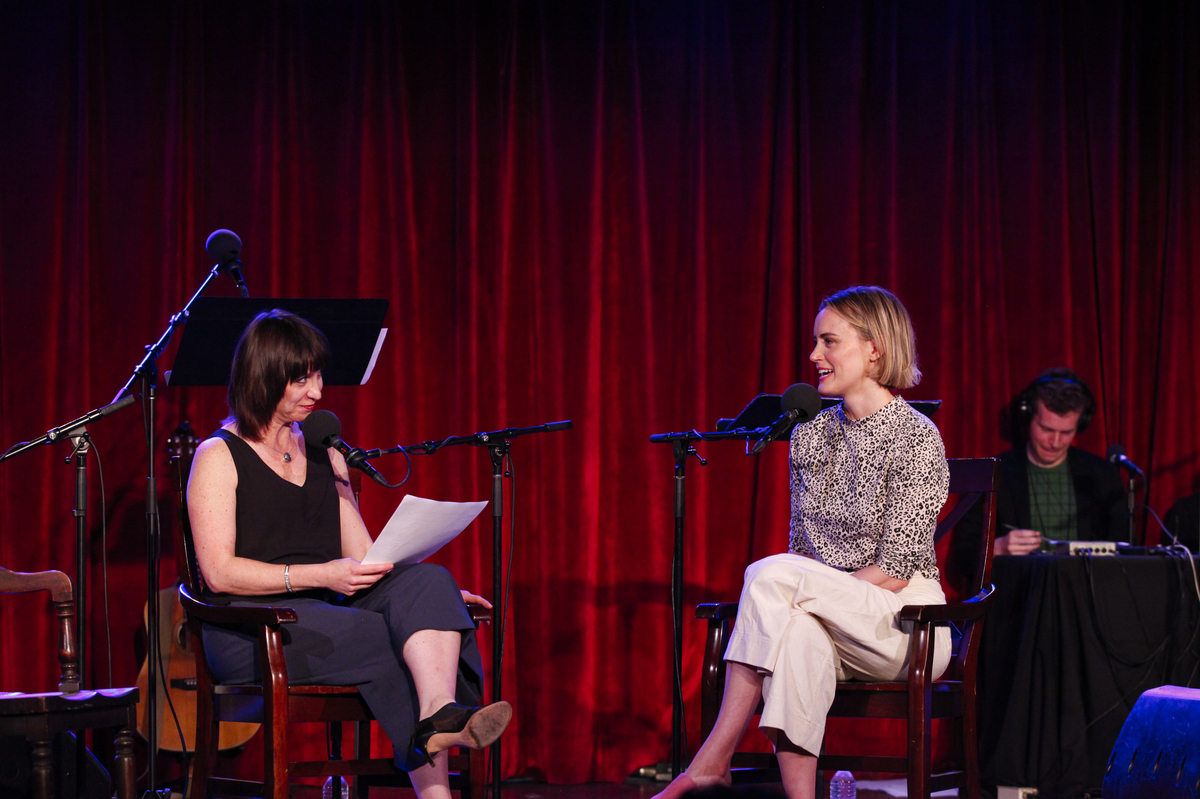 Ask Me Another host Ophira Eisenberg chats with Taylor Schilling at the Bell House in Brooklyn, New York.

What's your next move after starring in seven seasons of a hit television show? If you're Taylor Schilling, star of Orange Is the New Black, you go to clown class. "I'm constantly like, 'How can I be better?' And so clowning is, it's really beautiful, it's like going back to complete innocence," the actor told Ophira Eisenberg, host of NPR's Ask Me Another at the Bell House in Brooklyn, New York. "And there's something about the lack of artifice and the bold, physical choices that it requires that really kind of, like, shake me up."

Schilling isn't going to just any clown class. She'll be taking one at New York University's Tisch School of the Arts graduate program, the same program she dropped out of a decade ago, mere months from earning her degree. "I wish I could harness the person that I was, I must've been 20. I was like 'I have a problem with the way this institution is run, something isn't right from the top down! No one's listening to my voice, so, bye.'" Schilling joked. Seemingly liberated from her fellowship, she went on to babysit. "I don't know who I was to leave that program... I still look back on it as some of the best work I've ever done," she said.

In the years since Schilling first made that fateful decision, she has come full circle back to acting. This year will see the seventh and final season of the Netflix series Orange Is the New Black, where Schilling stars as the main character, Piper Chapman. Based on the Piper Kerman memoir Orange Is the New Black: My Year in a Women's Prison, the show centers around Piper's experience in a women's prison after she is sentenced to 15 months behind bars for transporting drug money, a crime she had committed several years earlier.

Orange Is the New Black was the third original series produced by Netflix and it helped to change the way people watched TV: All of the episodes were released at the same time, making it possible to stream the first season in its entirety from day one. At the time, Netflix's stated position was that the term "binge watching" — the act of watching multiple episodes of a program back-to-back in one sitting — had negative connotations. So, cast members were trained to avoid it. "If an interviewer would say 'binge,' we would say, 'No, you're able to watch the show at your leisure. You are in charge of your own experience,'" Schilling said. 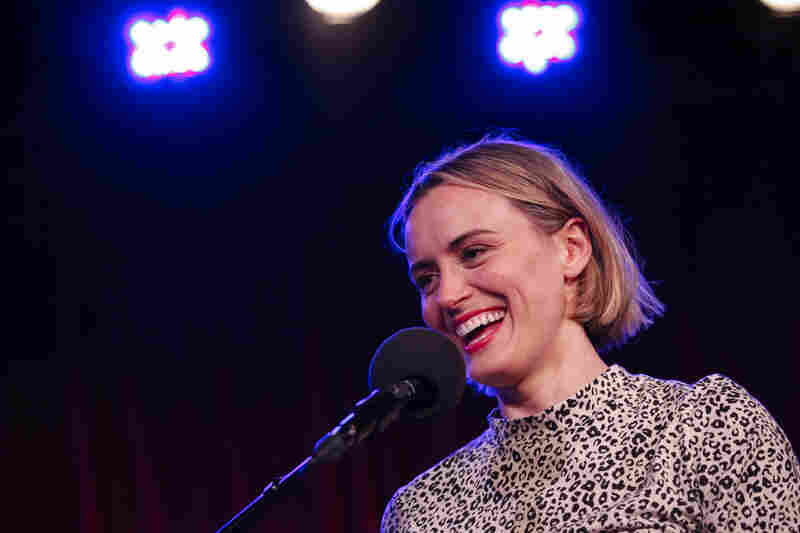 Taylor Schilling appears on Ask Me Another at the Bell House in Brooklyn, New York. Mike Katzif/NPR hide caption 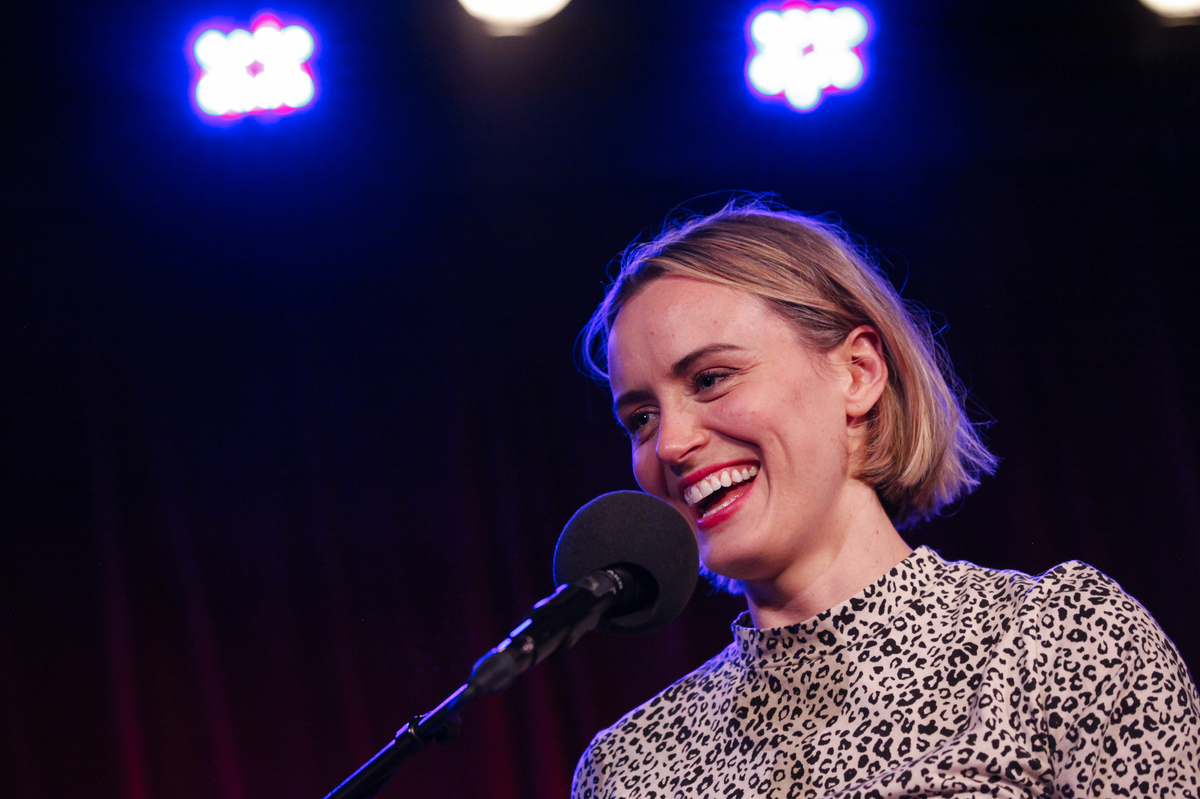 Taylor Schilling appears on Ask Me Another at the Bell House in Brooklyn, New York.

Two seasons later, the streaming service was promoting a different message. "We were at some event for the opening of the show and they had '#Binge' on Tupperware containers and like too much catering. I was like, 'You guys, there's a gray area! There's a middle ground!'" Schilling said. "They had to go to extremes to find their sweet spot."

Following the success of Orange Is the New Black, Schilling has starred in several movies such as The Public, Take Me and The Titan. Her latest project is the film Family. In the comedy, Schilling plays Kate Stone, a successful workaholic who reluctantly agrees to babysit her niece, Maddie, played by Bryn Vale. At one point in the film, Kate and Maddie find themselves at a gathering of Juggalos — fans of the hip-hop duo Insane Clown Posse — because Maddie desires to be one. Both the Insane Clown Posse and the Juggalos are known to sport black and white face paint, making themselves up to look like angry clowns. "I didn't know much about Juggalos, but I have a much deeper understanding now," Schilling said. "It's a community, and it is a beautiful movie, in my mind, about feeling marginalized."

Throughout Family, Kate and Maddie form a bond through their shared lack of belonging. "I think it's an interesting thing because the movie is not about a woman finding her nurturing side via a child. The movie is about a human coming to embrace themselves through their own outsider-ness, and being able to embrace a child's outsider-ness," Schilling said. "What I thought was so radical about it was that there was no apologies made for the fact that this woman does not value domesticity, she has no interest in it...[the film] is not about her becoming a mom, it's about her saying 'Oh my God, there's room for me in the world, just the way I am. Just like there's room for my little Juggalo."

For her Ask Me Another challenge, Schilling played a game about other tasks a person could feasibly complete in the time it takes to binge watch classic long-running television shows.

Heard on Taylor Schilling: Orange Is The New Clown.