Accessibility links
2 French Commandos Die In Operation To Free 4 Hostages In Burkina Faso France's military says it's mourning the men who died during the rescue of two French tourists, an American and a South Korean. 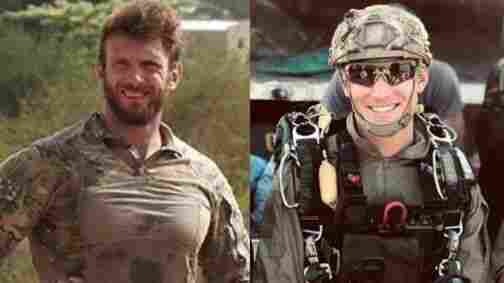 France's military has freed four hostages who were being held in Burkina Faso. But as it announced that success, the navy also said it's mourning two special forces soldiers who died in the overnight rescue operation.

The military says Cédric de Pierrepont and Alain Bertoncello, who held the rank of petty officers, were killed as they carried out their mission to rescue the hostages in the vast Sahel region — the area between the Sahara to the north and savannas to the south.

French President Emmanuel Macron issued a statement Friday offering his condolences to the two commandos' loved ones. In that message, Macron also identified the rescued hostages as French tourists Patrick Picque and Laurent Lassimouillas — who were abducted May 1 in Benin.

French officials said the other two hostages were an American woman and a South Korean woman.

Macron's statement did not name the hostages' abductors; in recent years, several extremist militant groups have operated in the region.

Picque and Lassimouillas were kidnapped during a visit to Pendjari National Park in Benin, an important wildlife reserve that sprawls along the border next to Arli National Park, a similar park in Burkina Faso.

French authorities had been looking for the two tourists after their guide's body was found earlier this month, according to France 24. The outlet adds that shortly after that discovery, their off-road vehicle was also found, burned to a shell.

Parly also thanked local authorities and the "precious support of our American allies in conducting this operation."

As France's military announced news of the two commandos' death, Adm. Christophe Prazuck, the French navy's chief of staff, issued a statement saying, "I admire their courage, I share the sorrow of their families and their loved ones."

When contacted by NPR about the operation Friday, the U.S. State Department did not offer a direct comment. But Tibor Nagy, the assistant secretary for the agency's Bureau of African Affairs, said in a tweet:

"We are grateful for the safe recovery of hostages, including an American, during a recovery operation in Burkina Faso.

"I offer my deepest condolences to the families of the French soldiers killed during the operation."