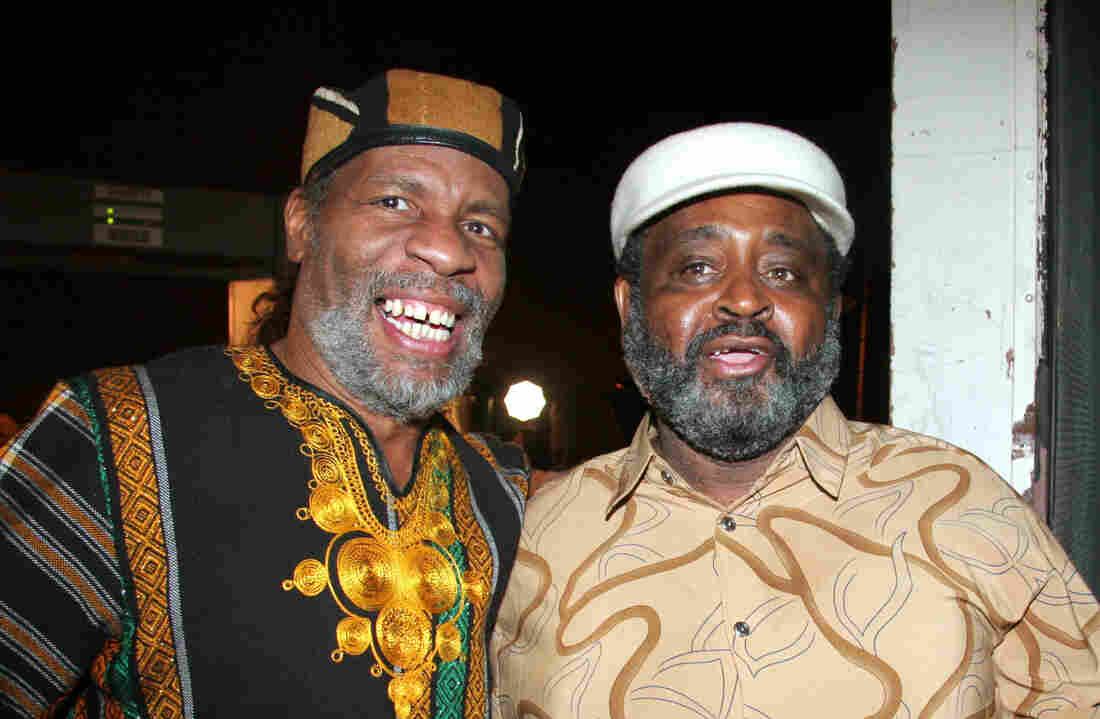 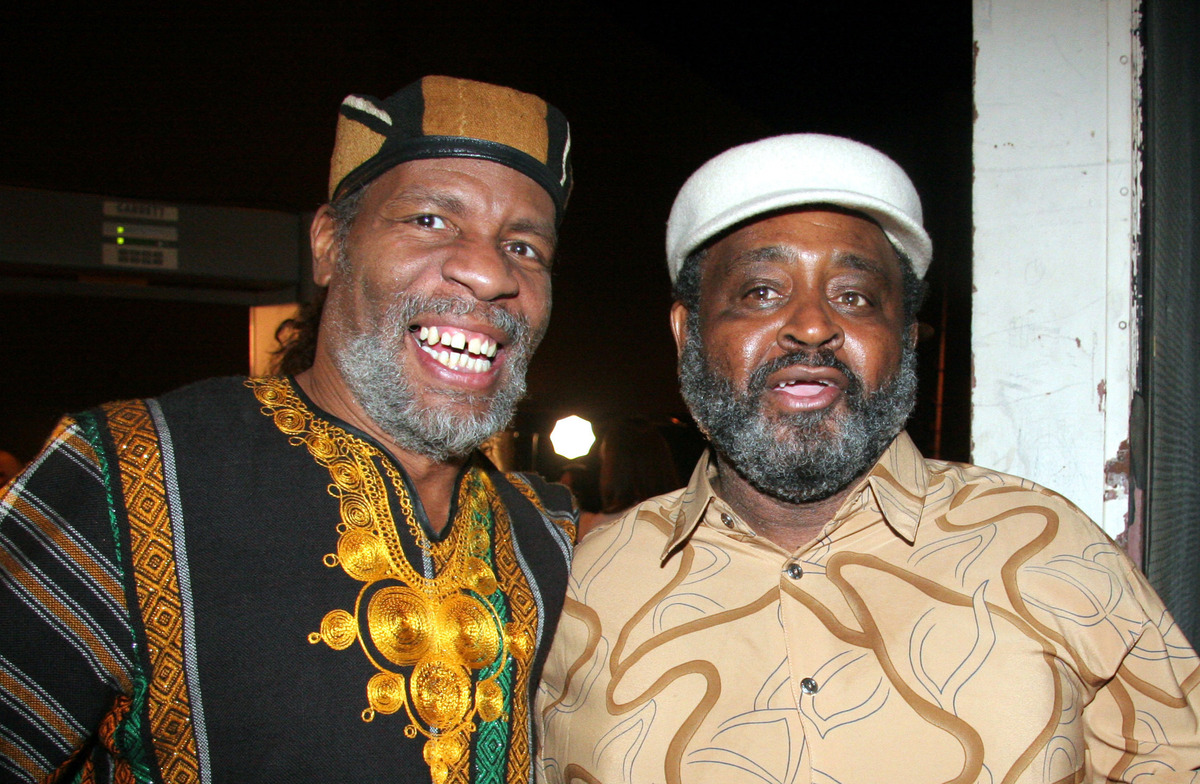 Abiodun Oyewole and Umar Bin Hassan of The Last Poets.

Before A Tribe Called Quest, Public Enemy or the rapper Common, there was The Last Poets — one of the most influential spoken-word groups that pioneered the hip-hop genre.

After releasing their first album in two decades last year, The Last Poets is back with a funkier follow-up to their 2018 rebellious, reggae-infused Understand What Black Is.

Transcending Toxic Times, out now, deals with the social themes that the collective has been playing with since its founding in Harlem in 1968.

The group, born out of the civil rights movement's black nationalism in the 1960s, speaks on racism and the oppressive horrors of America's past.

Over 50 years of the group's rotating cast of artists and evolving musical specialties, The Last Poets' forge on with their mission to speak the truth to inequality.

In an interview with NPR's Michel Martin, two '70s-era members from the group's latest iteration, Abiodun Oyewole and Umar Bin Hassan, say the new album's funkiness pulls from their roots.

"This is in the pocket of what Umar and I are used to," Oyewole says. "We're both from the Midwest. And that's like the funk capital of America. And this is a funky album. And we're both very proud of what [jazz bassist Jamaladeen Tacuma] has done. He's produced a beautiful funk classic with our poetry."

But over Baba Donn Babatunde's upbeat drums and Tacuma's funky bassline, rings a grim message, in the album's second track, "For The Millions." From slavery to lynching, the lyrics speak to the suffering of "millions" of African Americans.

Oyewole says he originally wrote the piece in tribute of the 1995 Million Man March.

"All I'm really doing is just laying out the story of our existence here in America," he says.

The song speaks to what Oyewole describes as the The Last Poets' mission — an "unveiling of the truth" for an oppressed community.

"It's an intimate conversation primarily between us and our people in many ways," he says. "We did not have a direct fight going on against the system. We know the system is going to be what is going to be. And it's already caught up in a very wicked place."

The Poets' truth-telling stems from a need for unity, Oyewole says, "something that's still a little [far] from where we'd like it to be."

"We would praise the good in us, the beauty in us," he says. "And at the same time, we would chastise those things that needed to be chastised."

The group shifts inward with the more personal, uplifting track "Love." (Love is all we need to rise above the flames/When there is no love inside us, life is so insane; Love may come late, but it always comes fair).

Hassan says the song is about the special ingredient on the individual plane that's helped a community survive.

"Love has always been a part of our character, you know," he says. "And that's the only thing that kept us here alive in America is our love for our music, our love sometimes to ourselves, our love for things that help us have, you know — surviving."