Accessibility links
'All The Rage': Darcy Lockman Explores The Unequal Division Of Domestic Labor Psychologist Darcy Lockman says there's been progress since the 1950s, but equal partnerships are a long way off. Her book All the Rage explores uneven distribution of childcare and domestic labor. 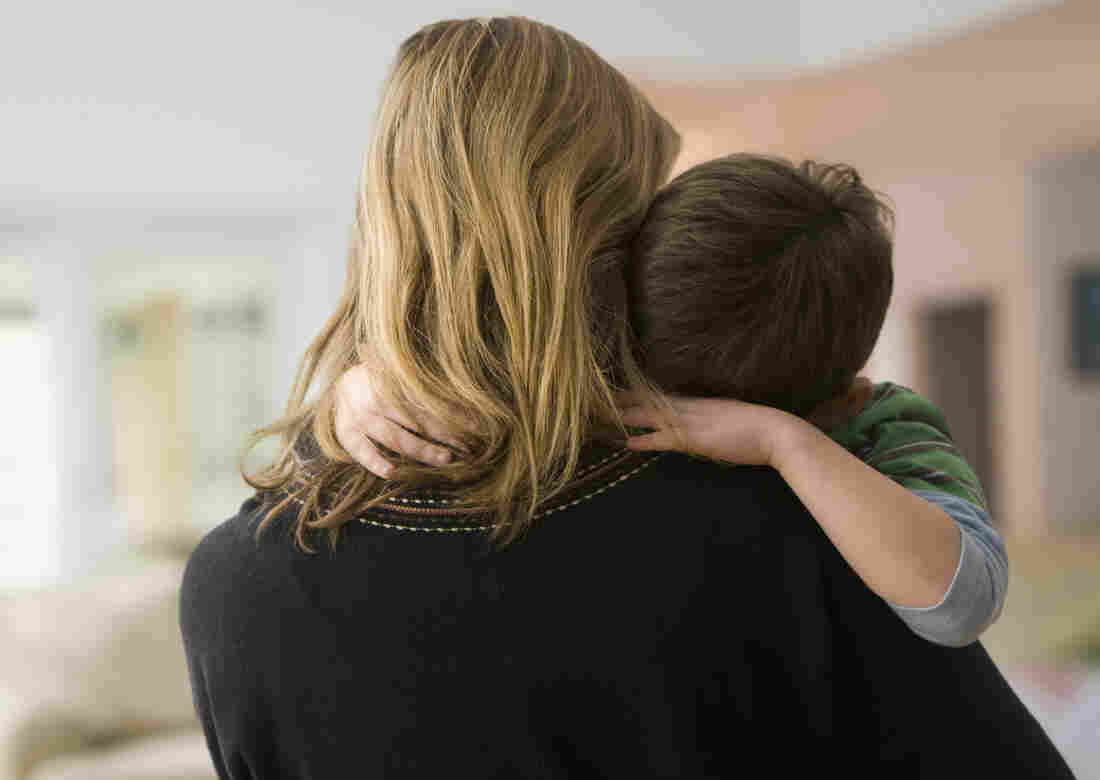 "We go into parenting expecting something like parity ... but it doesn't manifest," says psychologist Darcy Lockman. "Our expectations are really not being met and that leads to a lot of anger." Jose Luis Pelaez Inc/Getty Images hide caption 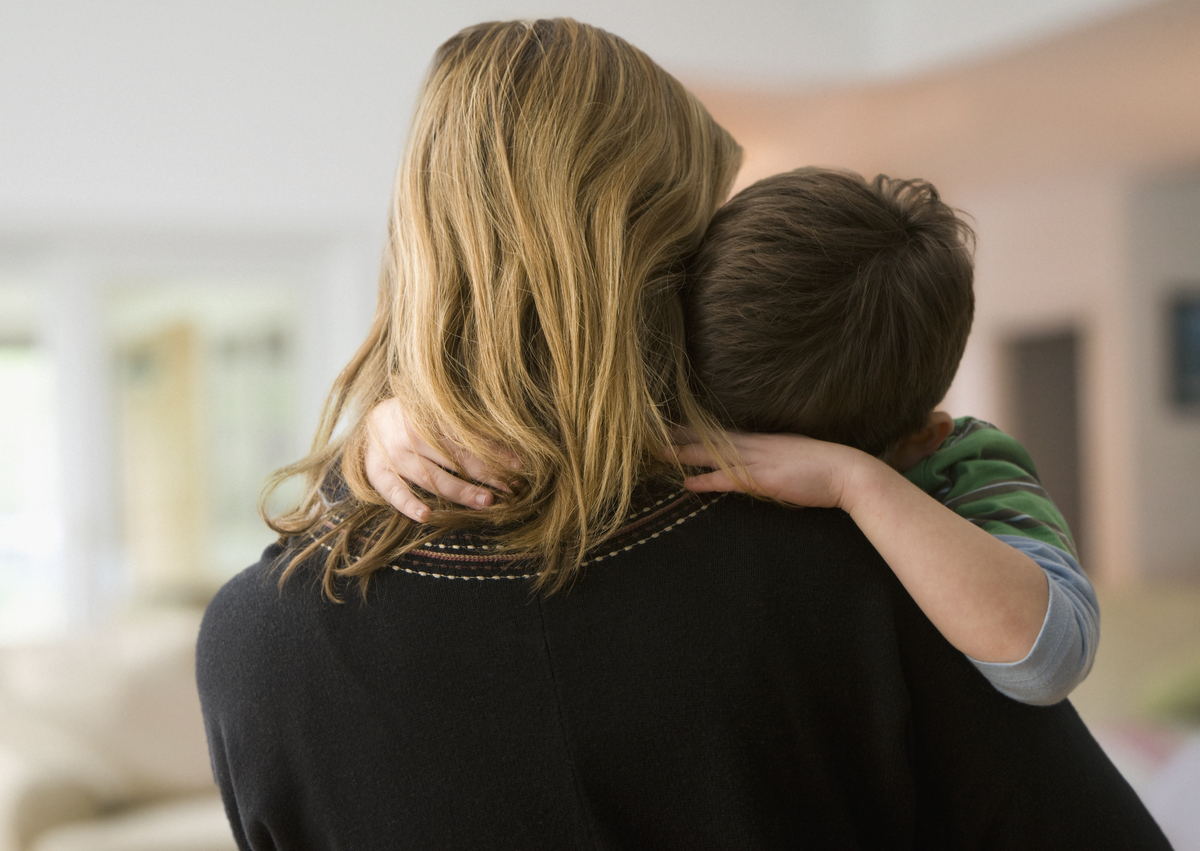 "We go into parenting expecting something like parity ... but it doesn't manifest," says psychologist Darcy Lockman. "Our expectations are really not being met and that leads to a lot of anger."

Darcy Lockman conducted interviews with 50 women about the division of labor in their households, and she heard a lot of anger and a lot of gratitude. The gratitude concerned her — here's why:

"It was actually a way of walking back their own anger," she says. Women would express legitimate grievances and then say: "But I know women who are in worse situations, so I don't want to complain too much."

In her new book, Lockman demonstrates why women have every right to complain. All the Rage: Mothers, Fathers, and the Myth of Equal Partnership explores how American mothers and fathers are far from 50/50 when it comes to childcare and domestic responsibilities.

Women told Lockman they were grateful their husbands weren't as bad as other husbands. "That attitude really stops women from advocating for themselves as fully as they might," Lockman says. "There's always going to be someone whose husband is doing less."

In a recent New York Times op-ed, What 'Good' Dads Get Away With, Lockman cites a study that estimates that at the current rate, it will be another 75 years before men are taking on half of caregiving and household responsibilities.

On the misperception that parenting is equally shared

One of the problems is that we have this idea of the modern involved father. We all know that things have improved a lot since the 1950s. And it's really easy to focus on that rather than to know — and I think most people don't know because they don't look at statistics — that father's participation leveled off at 35% around the year 2000.

What researchers will do is ask couples to record how they spend their time at given intervals throughout the day, and then after a month, or a few months, they take these time diaries and they can compute in each couple who's doing what percentage of the domestic work. ... Then they asked the couples: "What are your feelings about your division of household labor?"

Now, the researchers knew what percentage each partner was contributing because they had these time diaries, but the partners themselves were blind to the percentages. ... The percentage of work that men who reported the greatest feelings of fairness were doing was 35%. So men doing 35% of the domestic work felt — of all the people in the study — things were most fair. So that was interesting.

But the thing that was even perhaps more interesting and also disturbing was women basically agreed with them. In fact, women's "equity point," as they called it, was even more generous to men — women who were doing 66% of their household's labor felt like they had the fairest arrangements of all the women in the study.

On hearing the same story over and over again

It's not a fathering issue. None of the women I spoke with had complaints about their husbands as fathers — it was more of a co-parenting issue. So, a typical story I would hear would be the woman who would say: "In the morning I'm rushing around, I'm getting lunches together, I'm helping the kids finish up their homework and making sure everyone's wearing socks. And my husband sits there drinking his coffee on his phone. He doesn't do it on purpose. He doesn't even realize what's going on around him."

I heard that again, and again. Actually I was initially going to interview 100 women for the book because that's what Betty Friedan did for The Feminine Mystique so I thought that's a good place to start. ... But by the time I got up into the 40s I was just like: "These interviews all sound exactly the same." It didn't matter the age of the woman, where in the country she was living, her socioeconomic status. It was just so consistent.

The Ideal Mother Vs. The Ideal Worker

When I spoke to the women they were all so enthusiastic, and passionate, and full of ideas. When I talked to their husbands they were really nice, but they were so clearly disinterested in the topic. ... It wasn't that they didn't know that their wives are never frustrated with them. It just didn't seem particularly important to them. I don't mean to imply that they were cold to their wives, or indifferent to their wives. It just really didn't register as such a big deal.

Once mothers were really getting a foothold in professional success suddenly they were asked to compete on the one metric that they couldn't really compete along — and that was time.

The expectations for motherhood suddenly ... went through the roof. ... One of the reasons that academics will cite for why this happened at the same time that [mothers'] labor force participation peaked was because there was a lot of anxiety about what was going to happen to the kids. All these moms are now in the workforce in greater numbers than ever: What's going to happen to the children? So the standards for mothering kind of ratcheted up. ...

[Meanwhile,] what had once been a wage penalty for people who worked a lot of overtime became a wage premium at the same time that the labor force participation of mothers peaked. So once mothers were really getting a foothold in professional success, suddenly they were asked to compete on the one metric that they couldn't really compete along — and that was time.

There's a great study that some economists did of workplace behavior. Women are 50 percent more likely to volunteer for tasks that don't lead to promotion at work. So in male/female groups it's the women who really step up to do that stuff. And they found that in all-male groups, men step up just as readily — but when there are women around they don't. 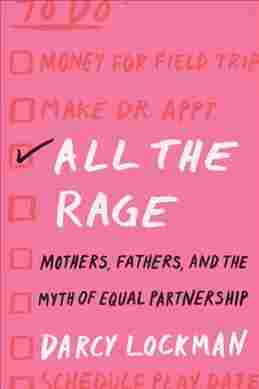 Mothers, Fathers, and the Myth of Equal Partnership

Title
All the Rage
Subtitle
Mothers, Fathers, and the Myth of Equal Partnership
Author
Darcy Lockman

On society assuming the mom is always the "primary" parent

It's so baked in. I had a woman who was not the primary parent in her house. Her husband worked from home and he did a lot more care of their daughter and she was a lot busier outside of the home. And she said to me: "The school still calls me, the Evites all go to me. I get the message constantly that I'm the one who's supposed to be doing this." She felt a lot of guilt because of it, and her colleagues would say to her: "If you were a man you wouldn't be thinking twice about this."

On couples working toward parity

I actually wrote the book that I would have loved to have before I became a parent. My husband and I are both progressive. We totally planned to do everything split equally ... and it really doesn't work that way. We didn't take into account — for both of us — our own internalized sexism. Not just his sexism — my internalized sexism, my impulse to go out of my way to spare him any inconvenience. ...

The couples I talked to who were doing this most successfully really made parity a team effort and a goal. So then they could sit down when either of them felt overburdened and say: "Hey, this mutual goal we set, I'm feeling like we're not meeting it. We have to recalibrate." ... Staying on top of it seemed to be the most important thing for couples.

Francesca Paris and Barrie Hardymon produced and edited this interview for broadcast. Beth Novey adapted it for the Web.