Accessibility links
Navajo Code Talker And World War II Veteran Fleming Begaye Sr. Dies Begaye was one of hundreds of Navajos recruited to develop a miltary code based on their native language during World War II. 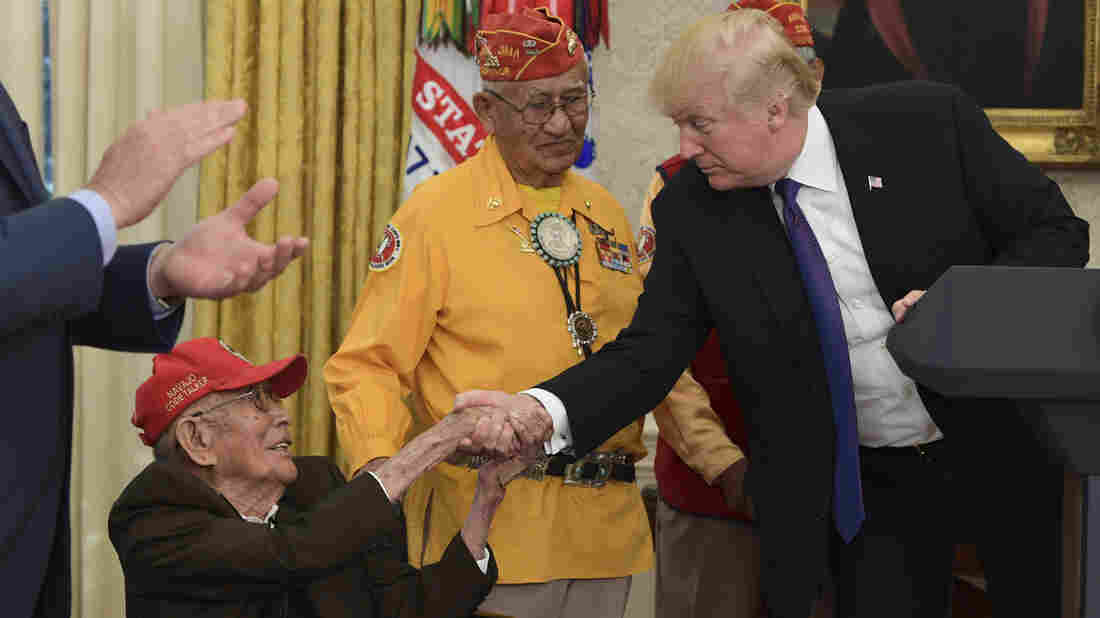 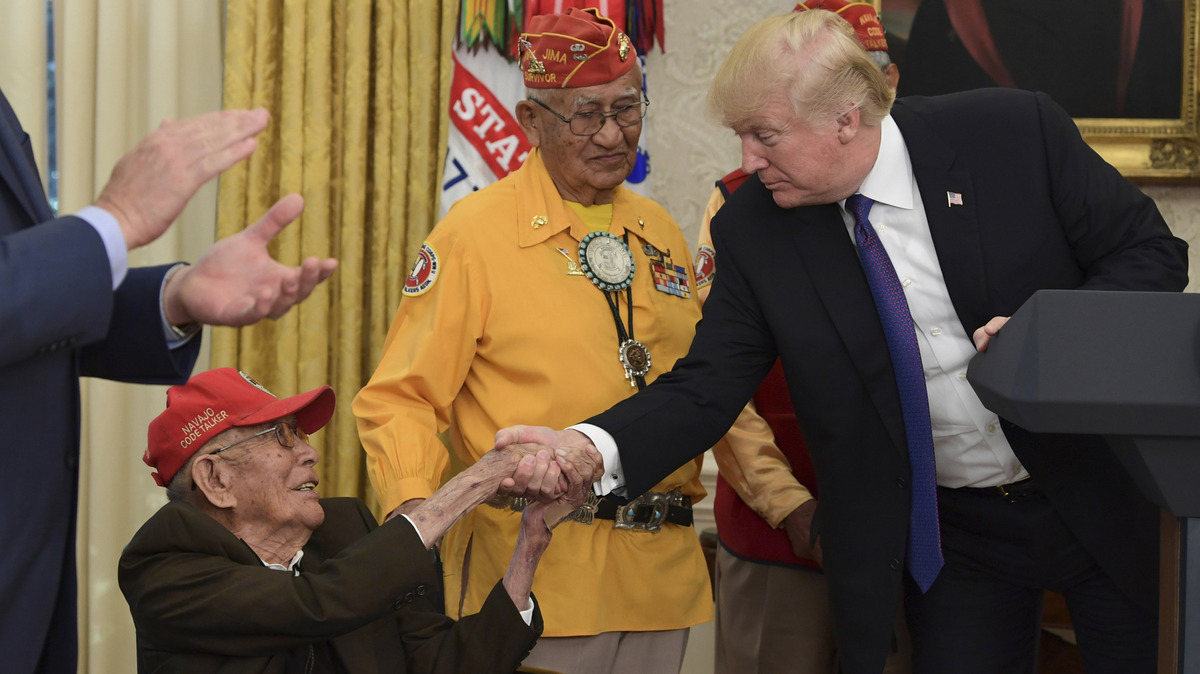 Fleming Begaye Sr., one of the last remaining Navajo Code Talkers from World War II, has died at the age of 97.

Begaye died Friday in Chinle, Ariz., according to a statement from the Navajo Nation. The nation's president, Jonathan Nez, called him a "brave and selfless" warrior.

Begaye was born in Red Valley, Ariz., in 1921, according to the Navajo Nation. Years later, at a boarding school called Fort Wingate, he learned that the U.S. military was looking for Navajo speakers, according to The New York Times. He enlisted, and became one of the more than 400 code talkers in the Marines.

During the war, the code talkers helped the U.S. communicate securely during battles using a code based on the Navajo language. The code was made up of more than 600 words, sometimes using Navajo words for animals to substitute for names of military vehicles. The code was used in every major Marine operation in the Pacific theater, and could never be broken by the Japanese.

After returning to the U.S., Begaye opened a trading post in Chinle, which grew to include a gas station, car repair shop, cafe and small grocery store. According to The New York Times Begaye later worked as a farmer, growing apple, cherry and plum trees, and raising cattle and sheep.

In 2017, Begaye was among a group of Navajo veterans honored by President Trump at the White House. "From the heart, from the absolute heart, we appreciate what you've done, how you've done it, the bravery that you displayed, and the love that you have for your country," Trump said about the Code Talkers.

Speaking that day, Peter MacDonald, president of a group of the last surviving Navajo Code Talkers, recalled Begaye's heroism at the battle of Tarawa.

"His landing craft was blown up and he literally had to swim to the beach to survive," MacDonald said. At Tinian, MacDonald said, Begaye "got shot up real badly, survived one year in naval hospital."

MacDonald said that Begaye wanted to create a museum to honor the service of the Navajo Code Talkers.