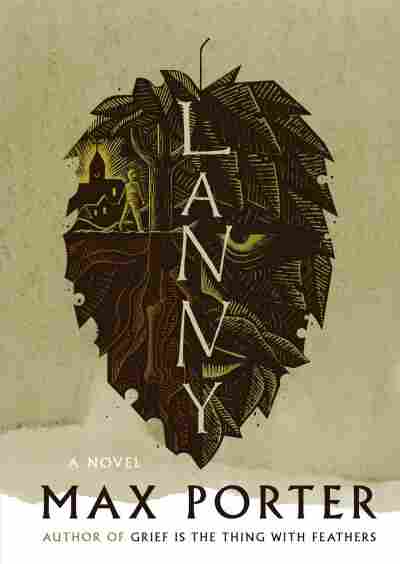 Max Porter is a writer who gets children, and he also gets the pressures of parenting. In his dazzlingly inventive, darkly humorous first novel, Grief Is the Thing With Feathers (2016), a suddenly widowed, grief-stricken father struggles to care for his two small sons. The boys flank him protectively, but also bicker and do things their mother hated — like splattering the bathroom mirror with toothpaste and the toilet seat with urine — as a way of underscoring her painful absence.

The title character in Porter's second novel, Lanny, is a whimsical wood sprite of a boy whose parents have trouble keeping track of him in the small village to which they've recently moved. Lanny is a free range child who wanders off to his secret bower in the surrounding woods and then "dances into the room, singing, smelling of the outdoors." This is a kid who asks fey questions like "Which do you think is more patient, an idea or a hope?"

Lanny's father, a laced-up financial trader without a whimsical bone in his body, is, like many of the villagers, more baffled than charmed by his unusual son. "What or who is supposed to manage and regulate Lanny and his gifts," he asks. "Oh f---, it's us. Who can have children and not go completely mad?"

Where Porter's first novel captured the heartbreak of a family reeling from the mother's death, the source of pathos in his second is another form of domestic devastation — a missing child. Both books braid together multiple voices, elliptical and evocative as poetry, and each involves a magical, mythical creature — a black crow in Grief, and a shape-shifting, green-leafed sort of pagan spirit called Dead Papa Toothwort in Lanny.

This enigmatic "74th generation cultural humus sifter" is "a dark attentive voyeur" who feeds on overheard snippets of the villagers' conversations — "his English symphony." Toothwort — not coincidentally a flowering perennial that thrives in damp wooded areas — is particularly taken with the elfin boy's ethereal singing. In one of many bits of foreshadowing, we're warned that he occasionally "puts on a show, intervenes, changes the nature of the place."

Fragments of dialogue lapped up by Dead Papa Toothwort float across pages in wavy, intersecting lines, a feat of typesetting that out-Cummings E.E. A small sampling captures Porter's cheeky ear: "clear forgot milk," "no sign of Dad," "last glass then bed," "Dylan needs a dimmer switch on his temper," "lice again," "Dr Horvath has seen to my haemorrhoids," and — about Lanny — "creepy little single child," "the kid's a freak," "I don't mind them if they pay their taxes."

This intermittent chorus of locals later swells with increasingly malign gossip after Lanny, as expected, goes missing. It forms a background hum to the book's three principal alternating soloists, all outsiders in the small community: Lanny's parents, Robert and Jolie Lloyd, and Mad Pete, a famous, reclusive old artist who develops a lovely friendship with the boy after reluctantly agreeing to meet with him weekly to share drawing tips.

Lanny is, among other things, an antidote to fantasies of the charms of small-town life. Forget privacy and warmth; these villagers are of a piece with Roald Dahl's nastiest. Lanny's mother Jolie — not Julie, as she repeatedly points out to neighbors in what becomes a running gag — feels constantly watched, judged, and scrutinized. A TV and stage actress who is writing a gruesome crime thriller, she adores her little boy. When Lanny periodically pops into her office to impart some news from afield, Jolie thinks, "Please don't get too grown-up for these hugs, my little geothermal bubba."

'Lanny' is, among other things, an antidote to fantasies of the charms of small-town life. Forget privacy and warmth; these villagers are of a piece with Roald Dahl's nastiest.

The second half of Lanny intensifies. Shifting to third person narrative, Porter writes, "A woman speculates idly about where her child is but doesn't worry because her child is never where she thinks he is." Concerns mount as Lanny fails to turn up, and so does the snide chorus of insinuations and accusations about "the one with the invisible husband, she's lost her weird kid." Sweet Pete is scapegoated heartbreakingly as a suspect, his art vilified as pornography. A villager sneers, "Newsflash, there's no such thing as innocent old men hanging out with little children." Jolie's mothering, too, is attacked: "It is one thing and one thing only: negligence." The grisly crime novel on her searched laptop becomes grist for the tabloids.

Amid search parties combing the woods and tabloid headlines screaming of dereliction, people discuss the "hideous ecosystem of voyeurism," "tribulation chasers," and "how quickly a missing child becomes a booming industry." Others gripe about the "canonising" of "St Lanny."

Although not as buoyant, humorous, or moving as Porter's first novel, Lanny is every bit as original and more heart-racingly propulsive. His title character's off-the-charts whimsy might strike some as more twee than beguiling, and Dead Papa Toothwort as more puzzling than compelling. That said, Porter's innovative hybrid of fairy tale, fable, and myth cunningly evokes the freewheeling fantasies of children at play — down to the book's peculiar final section. The result is a puckish celebration of imagination and free spirits rising above the buzz of societal scolds and the anxieties of parental love.