Accessibility links
House Democrats Inch Closer To Impeachment Congressional Democrats are warming to the idea of beginning impeachment proceedings if it is a mechanism to get the Trump administration to cooperate with their oversight efforts. 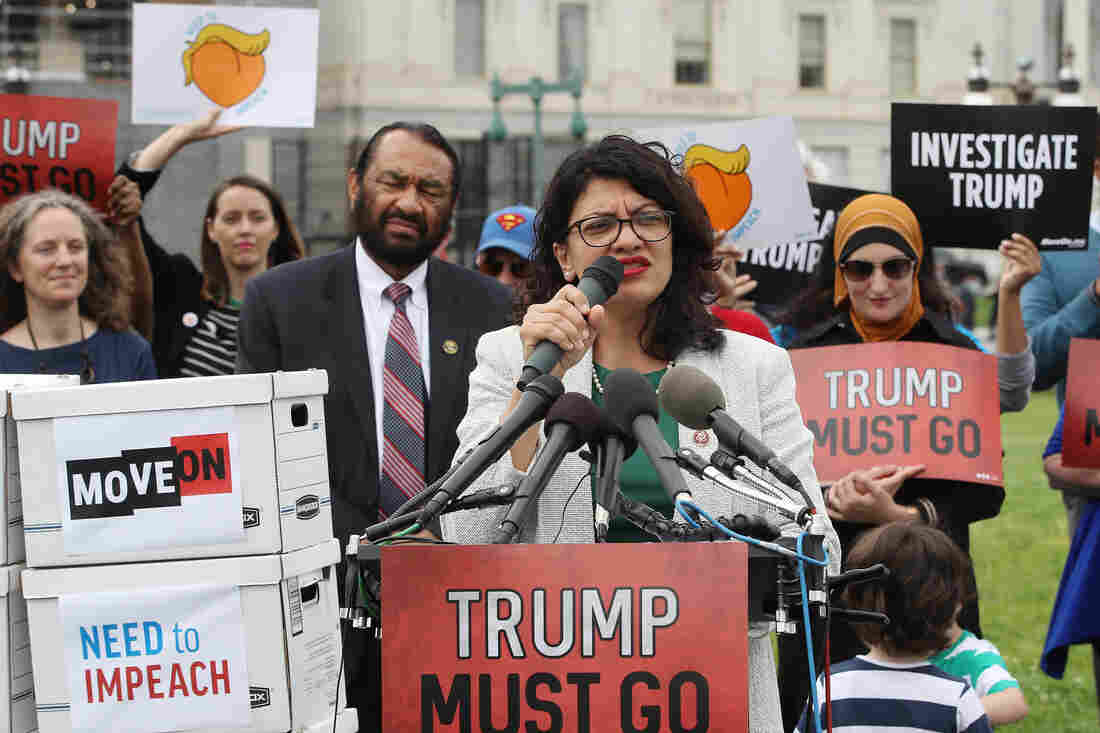 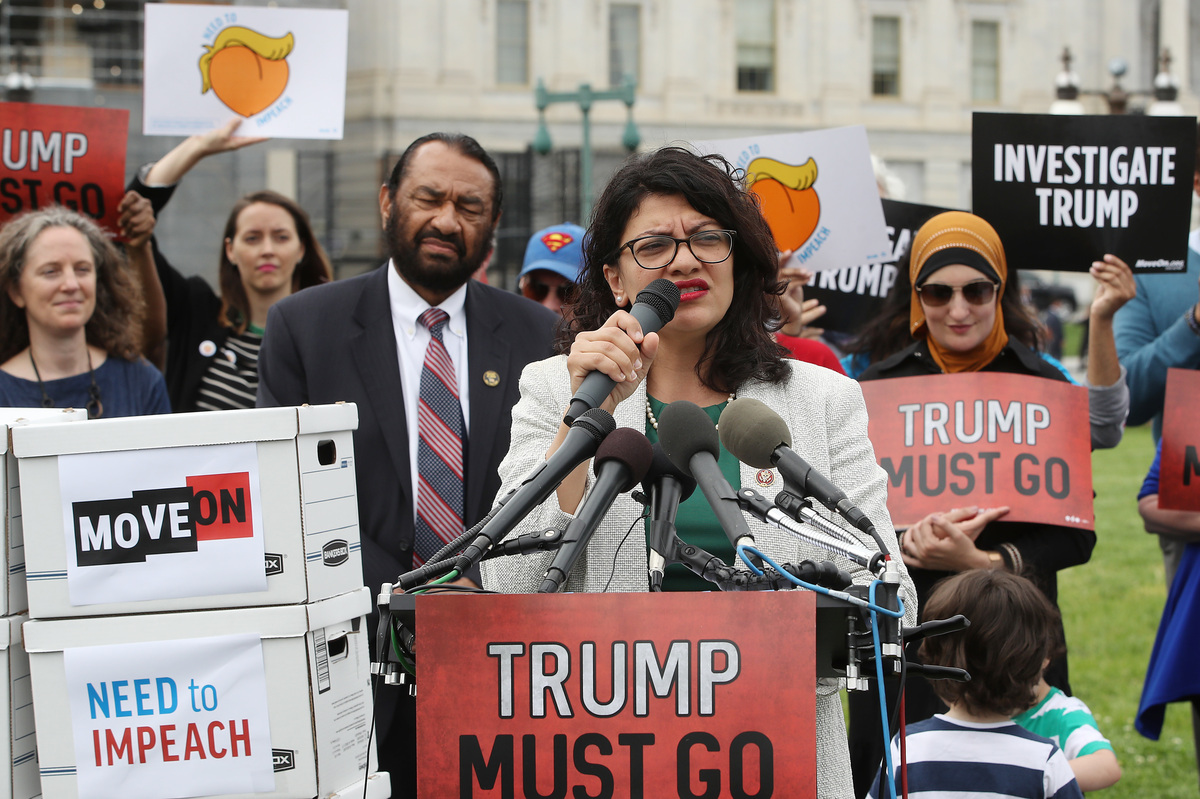 If House Democrats ultimately begin impeachment proceedings against President Trump, last week will be remembered as one of the pivotal turning points.

"I have to be honest with you, I once said I would be the last person standing against impeachment, and now, I'm squatting," Cleaver told NPR.

While some Democrats hope the Judiciary Committee's decision to hold Attorney General William Barr in contempt will force the administration back to the negotiation table, White House spokeswoman Sarah Sanders made clear the president will not budge on his executive privilege claim over the Mueller report. "This is fully consistent with that precedent and it is fully consistent with the president actually upholding the law," Sanders told reporters last week.

The administration's apparent hard line on this is giving impeachment proceedings a new urgency. "I think you have to look at impeachment as a mechanism to get what we want," said Rep. Raul Grijalva, D-Ariz.

More Democrats are warming to the idea that beginning impeachment proceedings could be an option if it's not just about removing Trump from office. Rep. Bill Pascrell, D-N.J., said it's also a formal legal proceeding, which could strengthen Democrats' hand in securing testimony, documents and cooperation from the administration if they continue to stonewall congressional oversight.

"I think there are more people who look at impeachment not as a way to get the president, but as a process to begin to review what we know needs to be reviewed," Pascrell told NPR.

Speaker Nancy Pelosi, despite calling the situation a constitutional crisis, continues to urge a cautious approach. "Impeachment is one of the most divisive things that you do — dividing a country — unless you really have made your case with great clarity for the American people," she said.

Most Democrats are hesitant to publicly call for impeachment, but no one is ruling it out. "I think impeachment is always on the table, I always think that's a tool in the toolbox, but one of the one's that you use when you've run out of other options," she said.

Politically, Democrats have been wary that triggering impeachment proceedings might ultimately benefit Trump, who has long claimed to be the victim of a political "witch hunt."

Rep. Steve Cohen, D-Tenn., does not share that hesitation. "I understand the big picture is winning in 2020, and I don't really understand totally the calculus about not proceeding with impeachment," he said. "I think there's merit to putting the scarlet letter 'I' on his breast, because he deserves it."

Liberal activists agree. A group gathered outside the U.S. Capitol on Thursday to deliver 10 million petition signatures to pressure the House to start impeachment proceedings. Reps. Rashida Tlaib, D-Mich., and Al Green, D-Texas, have both authored impeachment resolutions and addressed the crowd.

"I say that we have a duty, a responsibility and an obligation under the Constitution of the United States of America to do our duty," Green said. "We must impeach. Let the Senate do what they may; we have to do what we must!"

The week took a toll on Democrats in many ways. Rep. Jamie Raskin, D-Md., a member of the Judiciary Committee and vocal critic of the administration, had a broken blood vessel in his left eye by week's end. "They're not sure what caused it," he said, when asked if it was stress-induced. "It's just a tough time for everybody."