Accessibility links
Julian Assange Update: Sweden Reopens Inquiry Into Rape Allegations Swedish prosecutors will file a European arrest warrant for the WikiLeaks founder. They had idled the case while Assange was holed up in the Ecuadorian Embassy in London. 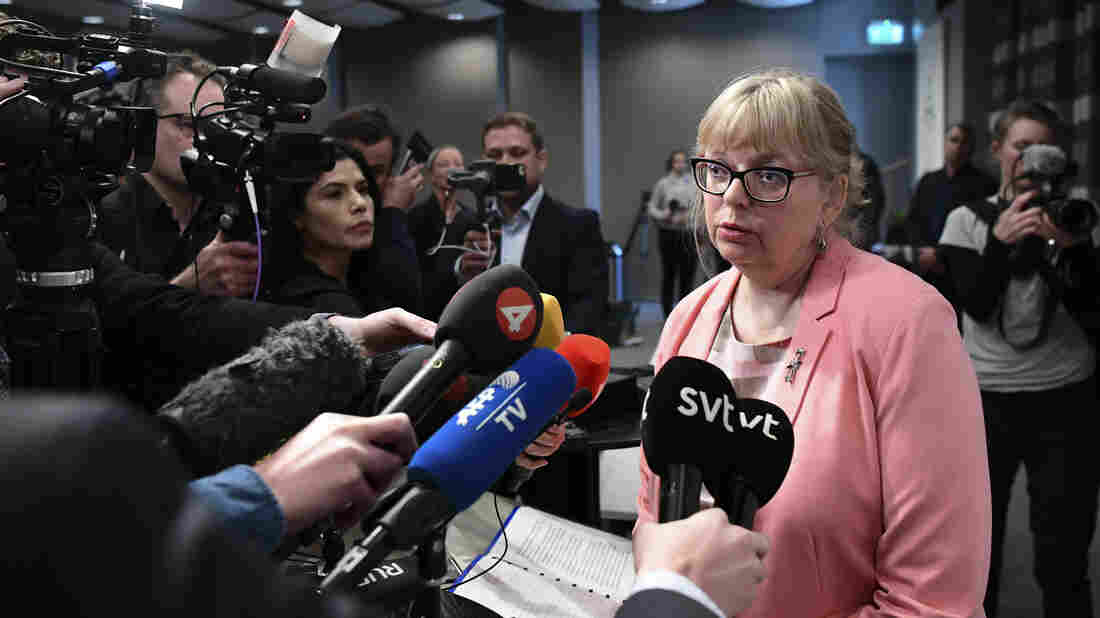 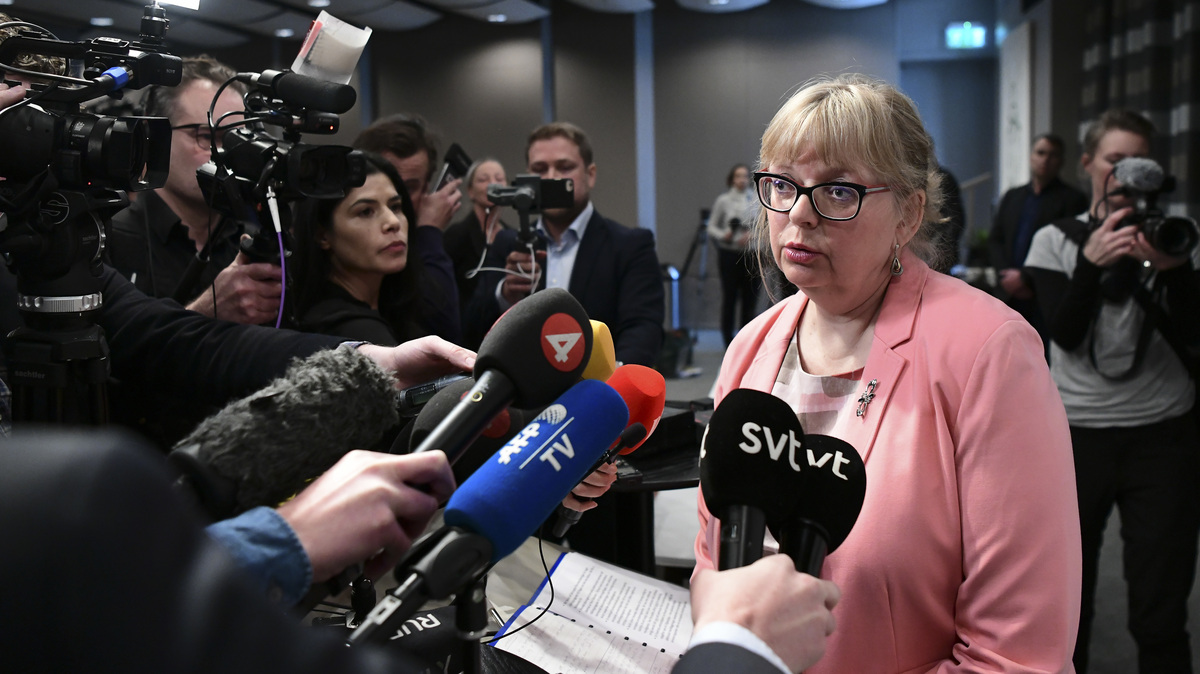 State prosecutor Eva-Marie Persson announced Monday that Sweden is reopening its investigation of Julian Assange over rape allegations from 2010.

Sweden is resuming its investigation of Julian Assange on rape allegations and will issue a European warrant for his arrest, state prosecutor Eva-Marie Persson said Monday. Assange is currently in a British prison, where he's being punished for eluding a similar warrant in 2012.

Swedish prosecutors had idled their case while Assange was holed up in the Ecuadorian Embassy in London. But with the controversial WikiLeaks founder now in U.K. custody, Persson said, "conditions have changed in the case and I believe that there are again opportunities to push the matter forward."

Persson said her office will seek to extradite Assange — a request that could be enforced after he serves at least half of a 50-week prison term for jumping bail. Acknowledging that the U.S. is seeking Assange's extradition, Persson added that it will be up to British authorities to determine how to prioritize multiple requests for Assange's extradition and/or arrest.

12 Years Of Disruption: A WikiLeaks Timeline

Swedish authorities initially issued an arrest warrant for Assange, who is Australian, over allegations of rape and molestation in August of 2010. Their chance to pursue charges in the case will expire next summer, under Sweden's statute of limitations.

Assange, 47, has previously spoken to Swedish authorities about the sexual assault allegations against him; Persson says new questioning is needed. And she mentioned that her office might speak to Assange by video link in the U.K. — if he agrees.

WikiLeaks issued a statement in response to the case being resumed, saying Sweden is reopening the investigation after facing "considerable political pressure" following Assange's being forced out of Ecuador's embassy.

That pressure, WikiLeaks says, came from the U.S., which has charged Assange with helping former Army intelligence analyst Chelsea Manning crack a password on Department of Defense computers that allowed access to a network of classified documents and communications.

Assange has vowed to fight extradition to the U.S., where his legal team says he could never receive a fair trial.

Earlier this month, a criminal law expert told NPR that despite adding to his legal complications, Assange could actually benefit from having Sweden involved.

"If Sweden were to make a competing extradition request, then the home secretary [in the U.K.] might choose to give that priority and that could mean that there is at best a delay to the U.S. extradition request," said European Union criminal law expert Anna Bradshaw of Peters & Peters.