Accessibility links
Former President Jimmy Carter Suffers Broken Hip The Carter Center said the former president was preparing to go turkey hunting when he fell in his home. It added that he is now "recovering comfortably" after undergoing surgery. 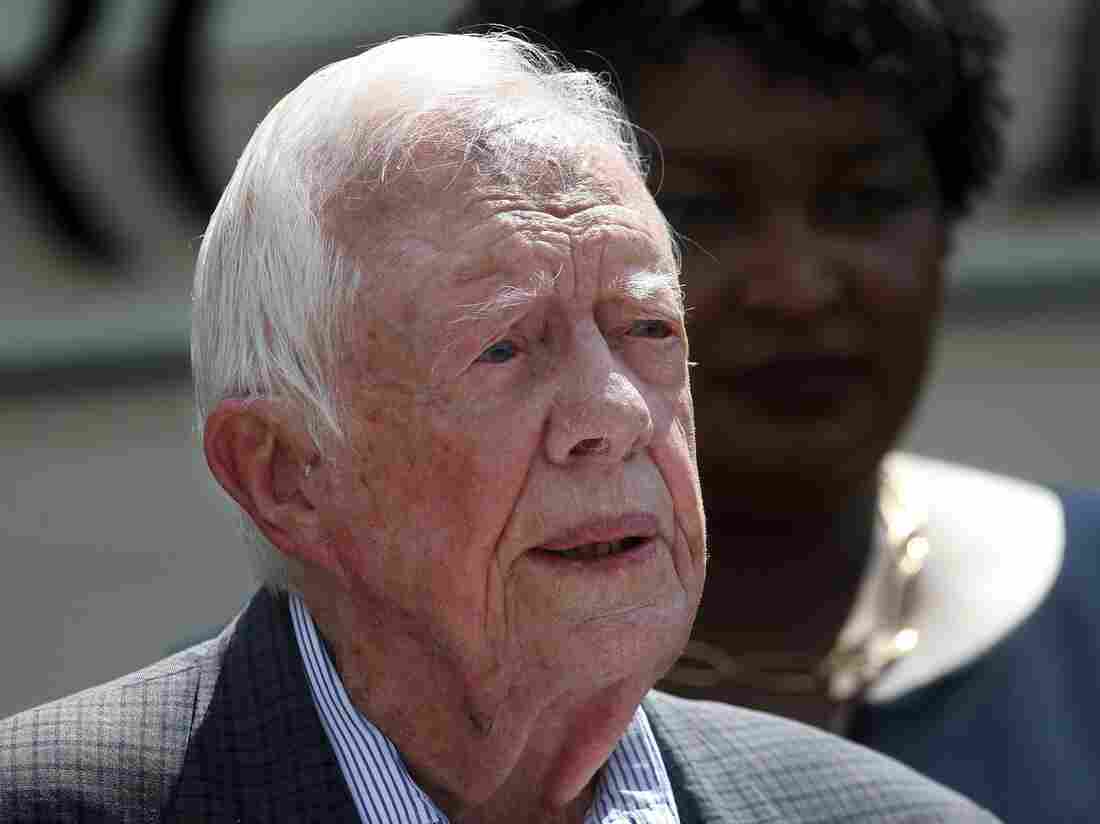 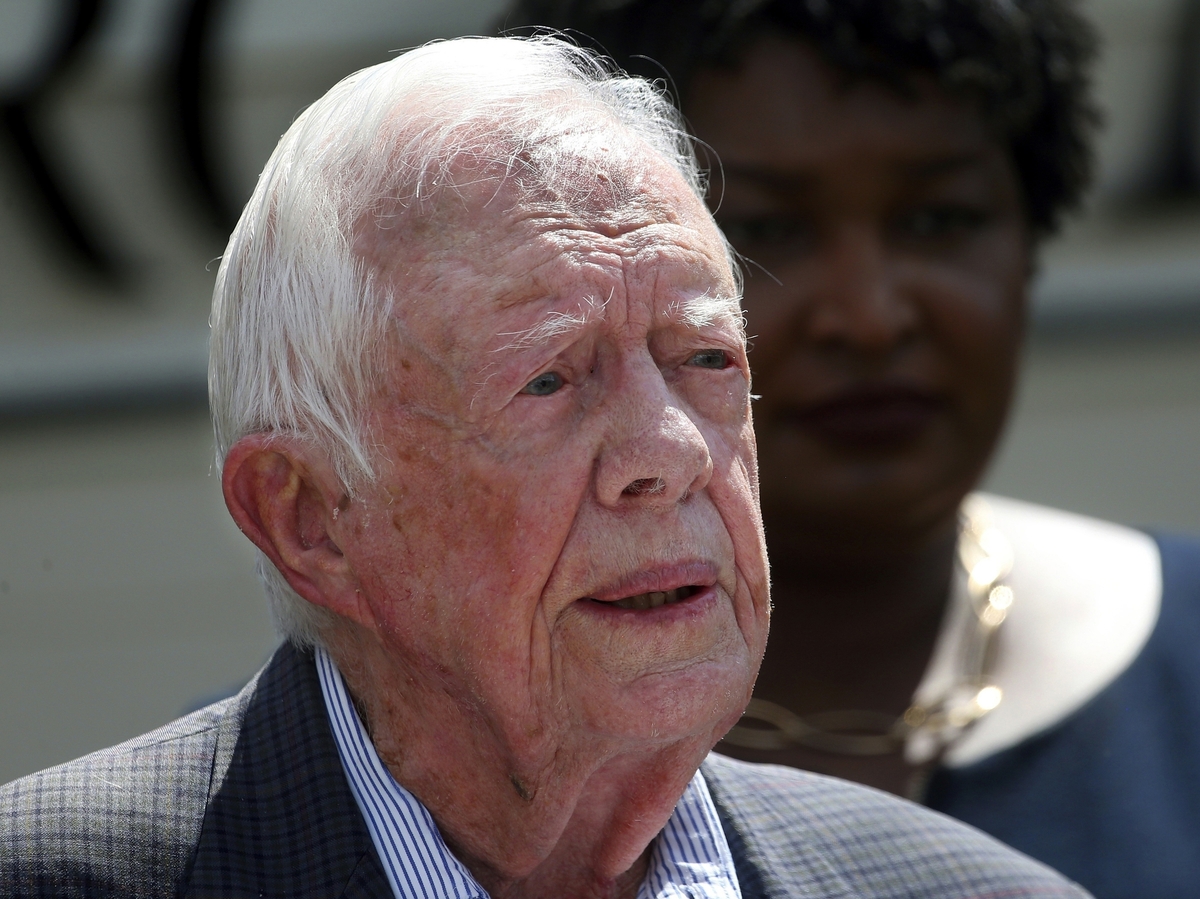 The Carter Center says former U.S. President Jimmy Carter has broken his hip. He had surgery at a medical center in Americus, Ga.

Former President Jimmy Carter is recovering after falling and breaking his hip this morning, according to a statement from the Carter Center.

The center said Carter was preparing to go turkey hunting when he fell in his home. It added that he is now "recovering comfortably" after undergoing surgery at the Phoebe Sumter Medical Center in Americus, Georgia. His wife, Rosalynn, is with him at the medical center.

"President Carter said his main concern is that turkey season ends this week, and he has not reached his limit," the statement reads. "He hopes the State of Georgia will allow him to rollover the unused limit to next year."

The 94-year-old has had success with hunting — The Atlanta Journal-Constitution reported last month that Carter had "bagged a large wild turkey" on a recent trip.

The former president was in office from 1977 to 1981. He was diagnosed with brain cancer in 2015. He announced several months later that a brain scan showed the cancer was gone following treatment.

94 years old and still bustin’ beaks! An unforgettable morning in the woods with President Carter at Realtree Farms 🇺🇸