Accessibility links
Jury Awards $2 Billion in Damages In Roundup Weed Killer Cancer Trial The verdict represents the third time a California jury has decided in favor of consumers who claimed their cancer was caused by the glyphosate-based Roundup weed killer. 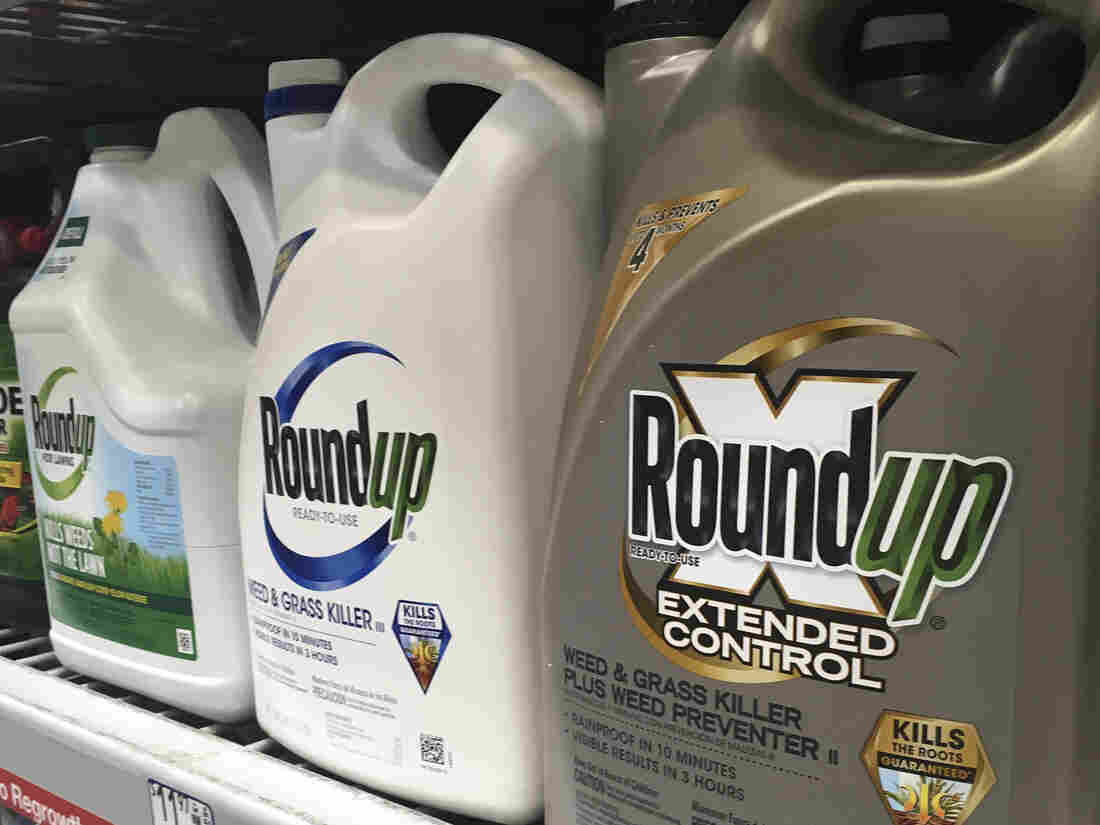 Containers of Roundup are displayed on a store shelf in San Francisco. The verdict is the third recent court decision in California involving the glyphosate-based Roundup weed killer. Haven Daley/AP hide caption 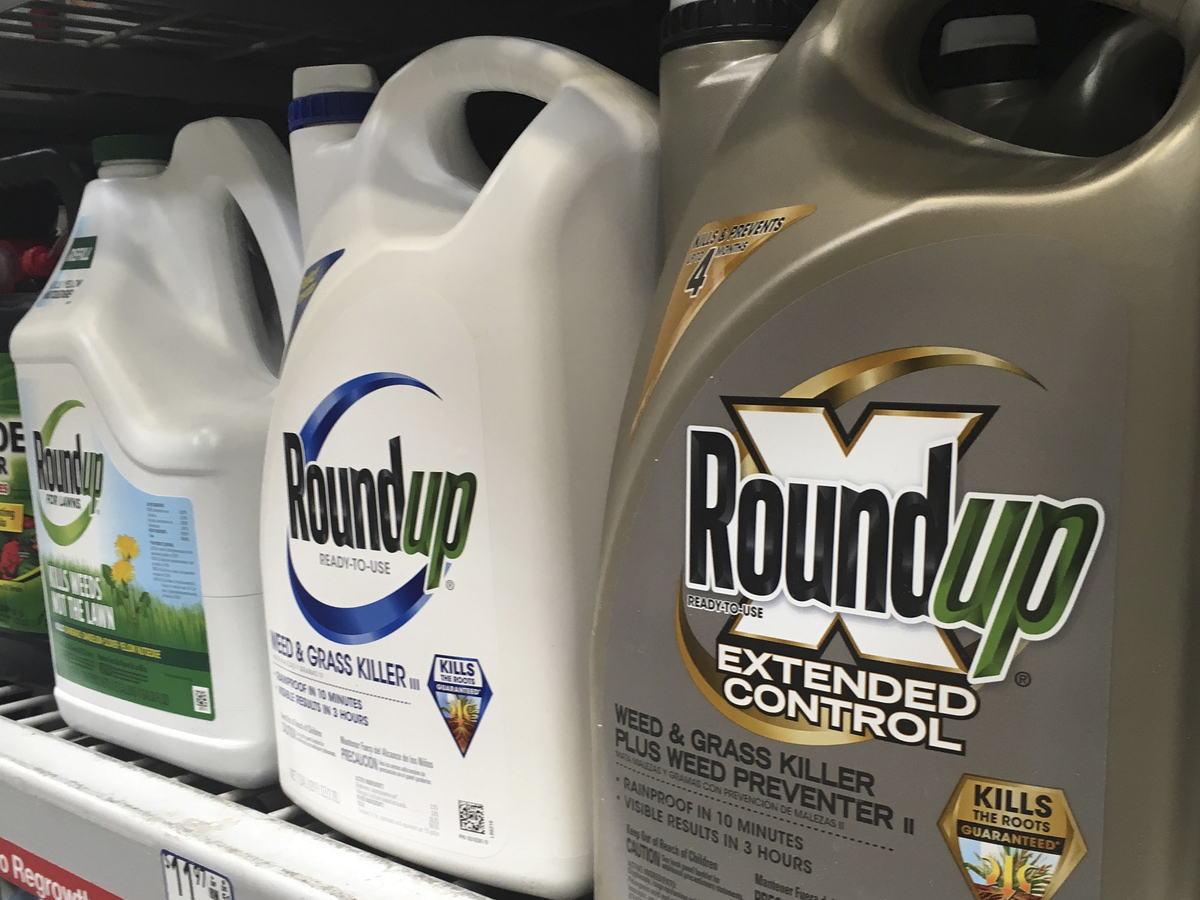 Containers of Roundup are displayed on a store shelf in San Francisco. The verdict is the third recent court decision in California involving the glyphosate-based Roundup weed killer.

A California jury has awarded a couple more than $2 billion in a verdict against Monsanto, a subsidiary of Bayer. This is the third recent court decision involving claims that the company's Roundup weed killer caused cancer.

The jury in Alameda County, just east of San Francisco, ruled that the couple, Alva and Alberta Pilliod of Livermore, Calif., contracted non-Hodgkin's lymphoma because of their use of the glyphosate-based herbicide. They were each awarded $1 billion in punitive damages and an additional $55 million in collective compensatory damages.

Many legal experts believe the damages will be drastically reduced on appeal.

The verdict represents the third such legal setback for the company in California since mid-2018. In March, a San Francisco jury awarded $80 million to a man who blamed his cancer on his extensive use of Roundup. In August 2018, another San Francisco jury awarded $289 million to a fourth plaintiff. On appeal a judge later slashed that payout to $78 million. Bayer is appealing each of these verdicts. The company insists there is no link between Roundup and non-Hodgkin's lymphoma.

"Bayer is disappointed with the jury's decision and will appeal the verdict in this case, which conflicts directly with the U.S. Environmental Protection Agency's interim registration review decision released just last month, the consensus among leading health regulators worldwide that glyphosate-based products can be used safely and that glyphosate is not carcinogenic, and the 40 years of extensive scientific research on which their favorable conclusions are based," the company said in a statement.

At least one environmental group praised the verdict.

Ken Cook, president of the Environmental Working Group, said: "The cloud hanging over Bayer will only grow bigger and darker, as more juries hear how Monsanto manipulated its own research, colluded with regulators and intimidated scientists to keep secret the cancer risks from glyphosate."

Four years ago, a United Nations-sponsored scientific agency declared that Roundup probably causes cancer. As NPR's Dan Charles reported, the finding from the International Agency for Research on Cancer caused Monsanto to launch a fierce campaign to discredit the IARC's conclusions.

"Internal company emails, released as part of a lawsuit against the company, show how Monsanto recruited outside scientists to co-author reports defending the safety of glyphosate, sold under the brand name Roundup. Monsanto executive William Heydens proposed that the company 'ghost-write' one paper. In an email, Heydens wrote that 'we would be keeping the cost down by us doing the writing and they would just edit & sign their names so to speak.' Heydens wrote that this is how Monsanto had 'handled' an earlier paper on glyphosate's safety."

More than 13,000 other lawsuits have been filed against its subsidiary, Monsanto, the maker of Roundup.

After three jury verdicts in California, a trial is scheduled for August in St. Louis County in Missouri, the site of Monsanto's former headquarters.