Accessibility links
Tim Conway, 'The Carol Burnett Show' Star And Comic Actor, Dies At 85 Conway built a career playing goofballs who rarely took center stage. On The Carol Burnett Show, he developed a reputation for sidesplitting improvisations that cracked everybody up. 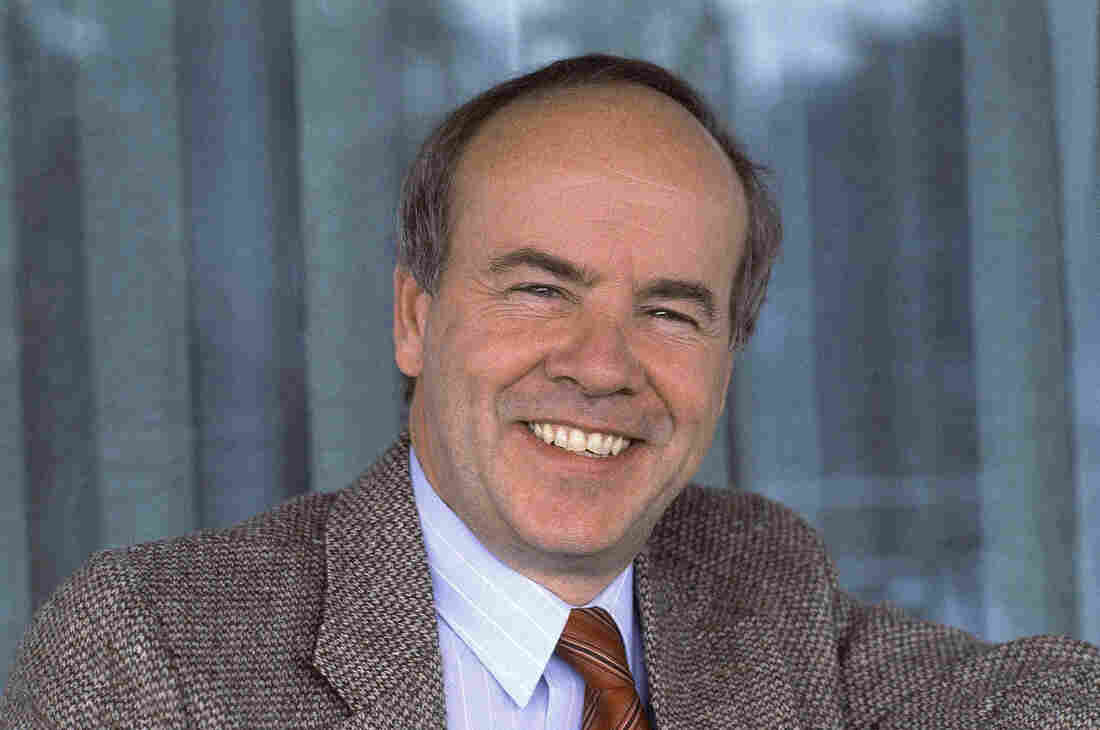 Tim Conway told NPR in 2010 that he was destined to do comedy. When people inquired about what he might have done other than showbiz, he'd say, "Nothing, because I'm not capable of doing anything else." Conway is pictured here in February 1983. WF/AP hide caption 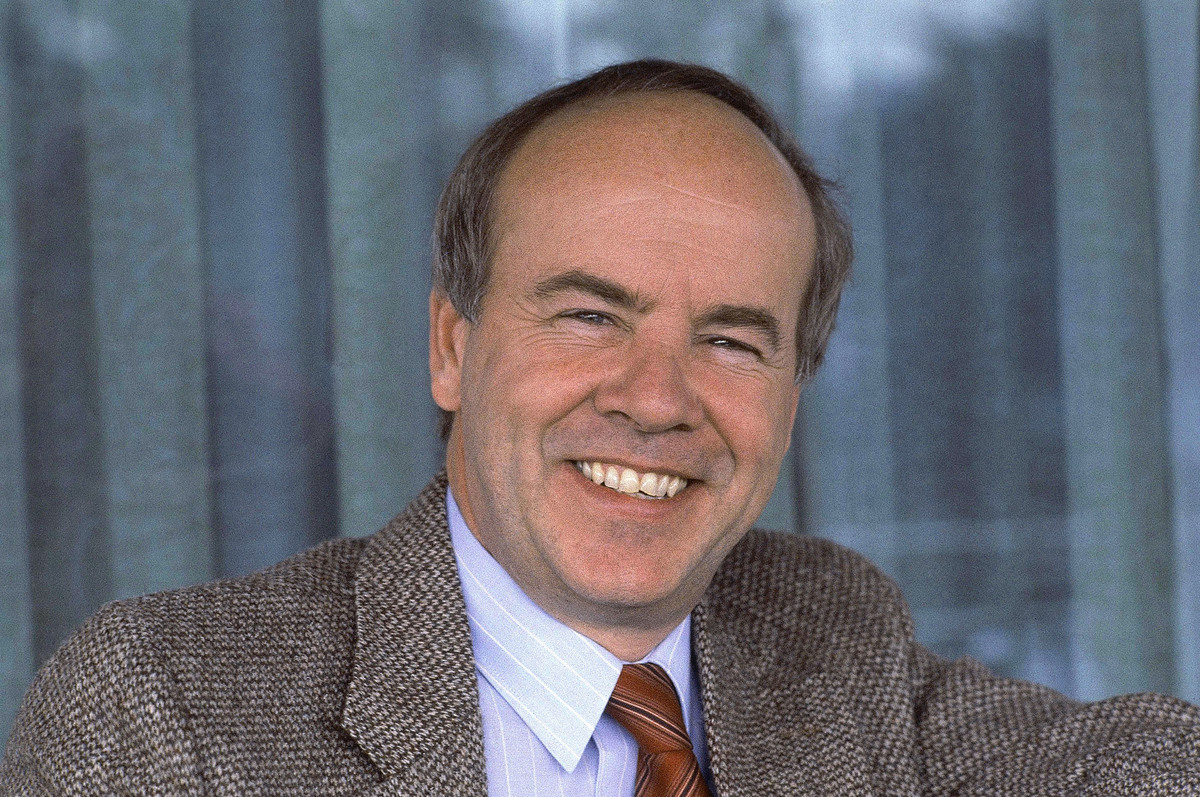 Tim Conway told NPR in 2010 that he was destined to do comedy. When people inquired about what he might have done other than showbiz, he'd say, "Nothing, because I'm not capable of doing anything else." Conway is pictured here in February 1983.

Tim Conway built a career playing goofballs who rarely took center stage — but he often helped turn good television shows into TV classics. The comic actor, who appeared on shows ranging from The Carol Burnett Show to SpongeBob SquarePants, died Tuesday morning, May 14. The cause was complications from a long illness, according to his representative, Howard Bragman. He was 85.

Conway's breakout role was on the 1960s sitcom McHale's Navy as a bumbling ensign in World War II. On The Carol Burnett Show, he played Mr. Tudball, a Romanian-accented boss perpetually annoyed by his slow-moving secretary. On the cartoon SpongeBob SquarePants, he voiced a frustrated superhero sidekick called Barnacle Boy.

Conway also starred in many TV shows, but few lasted very long. As he told the Archive of American Television, he always felt more comfortable being the guy standing behind the star, making everyone laugh.

"I've never been comfortable as the star," he said. "I don't feature myself as being the head man. I would much rather stand in the background and make small, funny things go than be up at the head of the class."

Born Thomas Daniel Conway in Ohio, he served in the Army and knocked around in Cleveland's local TV scene before heading to New York to join The Steve Allen Show in the early 1960s. Because the show already had a staffer named Tom Conway, he adopted the stage name Tim.

Conway told Weekend Edition host Scott Simon in 2010 that he started dreaming of a career in comedy when he was just a child. "I was really kind of the class clown," he said. "When you're small, you either are funny or you get beat up a lot."

He had dyslexia, and when he read words that weren't there, he found that other kids would laugh. Conway recalled thinking, "This is a good way to make a living. I'll just go downtown and read and have people laugh."

Conway's role on McHale's Navy led to lots of guest appearances on variety shows. Eventually, he landed a regular role on CBS' popular Carol Burnett Show, where he developed a reputation for sidesplitting improvisations that would make his co-stars crack up. 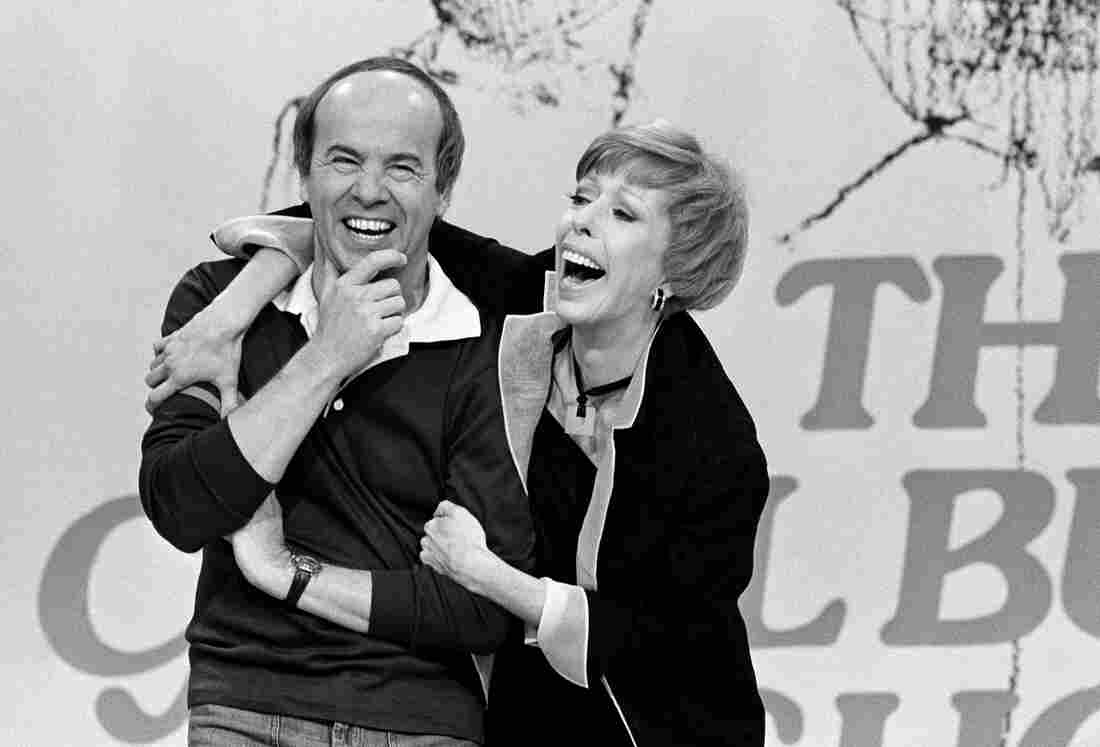 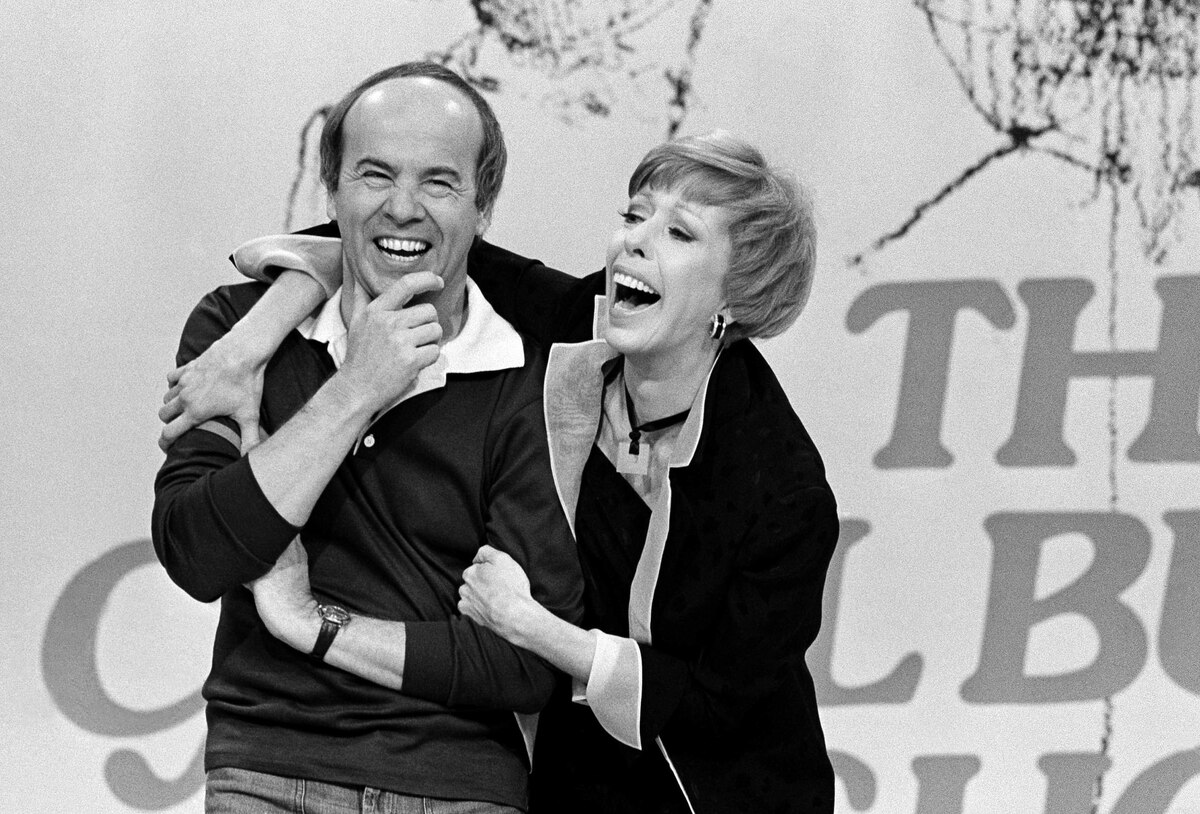 Carol Burnett shares a laugh with Tim Conway in 1978.

In the 1970s and '80s, he appeared in films with Andy Griffith Show alum Don Knotts, including in Disney's The Apple Dumpling Gang. He and Carol Burnett Show colleague Harvey Korman worked together in films and in stage productions until Korman died in 2008.

Conway won six Emmy awards over his career, including four for his work on The Carol Burnett Show. He also won in 2008 for a guest appearance on the sitcom 30 Rock.

In a career that spanned nearly six decades, he used his lightning-fast wit and impish improvisational skills to turn hapless, bumbling roles into the most popular characters who almost never got top billing.