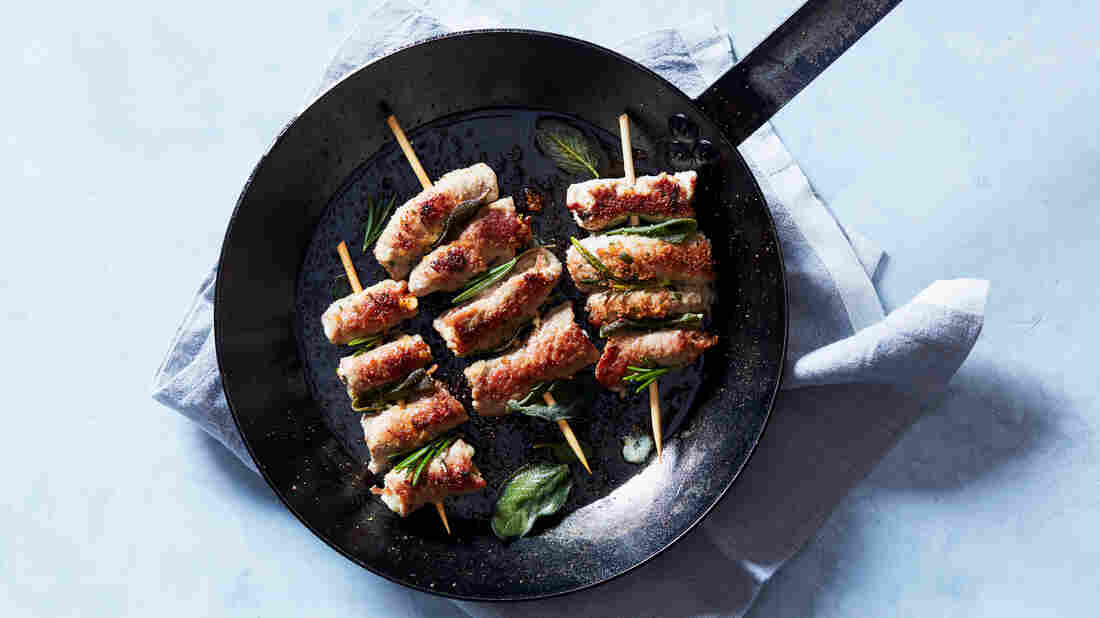 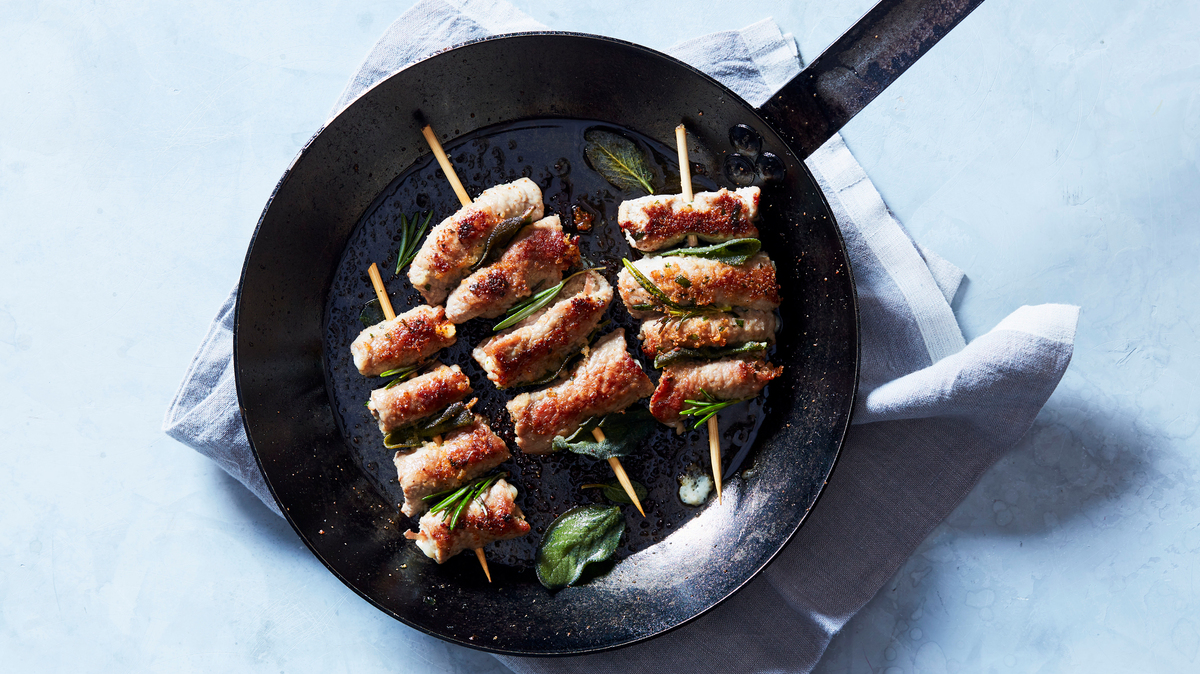 Veal braciolini from the cookbook, Piatti: Plates and Platters for Sharing Inspired by Italy by Stacy Adimando.

In an effort to explore her Italian roots, Saveur magazine Editor-in-Chief Stacy Adimando took a life-changing trip to Italy in 2012 – one that helped inspire her cookbook, Piatti: Plates and Platters for Sharing Inspired by Italy. The book focuses on Italian antipasti — the small plates that usually greet you before a meal.

When she got to Italy, Adimando was greeted with her big family and a staggering antipasti course – which she mistook for the whole meal. She writes: 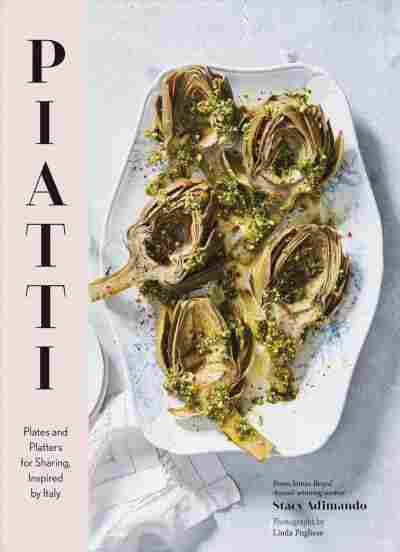 Plates and Platters for Sharing, Inspired by Italy

by Stacey Adimando and Linda Pugliese

"My great aunt said they wanted to cook me a 'little lunch,' which I also wrote to my mother about in an email: They brought out a spread of salami and cheeses, olives, some oil preserved eggplant, marinated mushrooms, a dish of spicy beans and mountain of fried pork and veal meatballs with bread. Because I was navigating the experience with only my mediocre Italian, I thought that was the end of the meal. So I ate A LOT."

Antipasti don't just have to be an opening act, and Adimando says she wanted to write a book of recipes that encouraged people to graze over many different dishes for many hours. Still, she clearly found inspiration in the beginning of the meal, when everyone is gathering.

"It's the best moment of a party," she tells Morning Edition host David Greene. "Everyone is hugging and kissing and there's catching up and clinking of wine glasses and it's just the best moment and I think when those first platters of food start to roll out of the kitchen, it's just a celebration."

These aren't the antipasti you might be familiar with – those traditional plates of salami and vegetables drowned in olive oil.

How Did Chickpea Flour, A Staple Of Indian Cuisine, Become A Health Food Sensation?

"The word itself translates to 'before the meal.' So this is anything that you could put out before the meal but usually what the plates have in common is that they're abundant, they're simple, they're rustic, they're family style," she says. "Occasionally there's a really inventive thing – something stuffed with bread crumbs or some seafood with a little bit of a marinade on it. So I think it's a little more complex and diverse than people think."

The cookbook includes dishes like eggplant parmesan and one dear to her family called veal braciolini, which is one that her great grandmother – whom she called Nanny – used to make by pounding veal cutlets very thin.

"She'd fill them with a tiny bit of provolone cheese, a little bit of prosciutto and then a few breadcrumbs with some herbs and garlic in them. [She would] roll them up into little spirals and then griddle them on this little griddle, and oh my gosh, it just melts in your mouth," she says.

Adimando says her Italian American relatives were excited for her to share her family's recipes in the cookbook – they're not closely guarded secrets. But in hers, like in other families, there was no written recipe.

"You have to stand around the kitchen a lot to watch what happens and that's how you learn," she says. "Life happened in the kitchen. That's where we all were – holidays, but also every day."

To hear Adimando's conversation with David Greene, click the audio button at the top of this story.

Kelli Wessinger and Dalia Mortada produced and edited this story for broadcast. Heidi Glenn adapted it for the Web.