Accessibility links
U.S. China Trade War: U.S. Prepares Tariffs On Another $300 Billion Of Imports The Office of the U.S. Trade Representative published a list of Chinese goods that would be hit with new duties, from artists' brushes to watches. 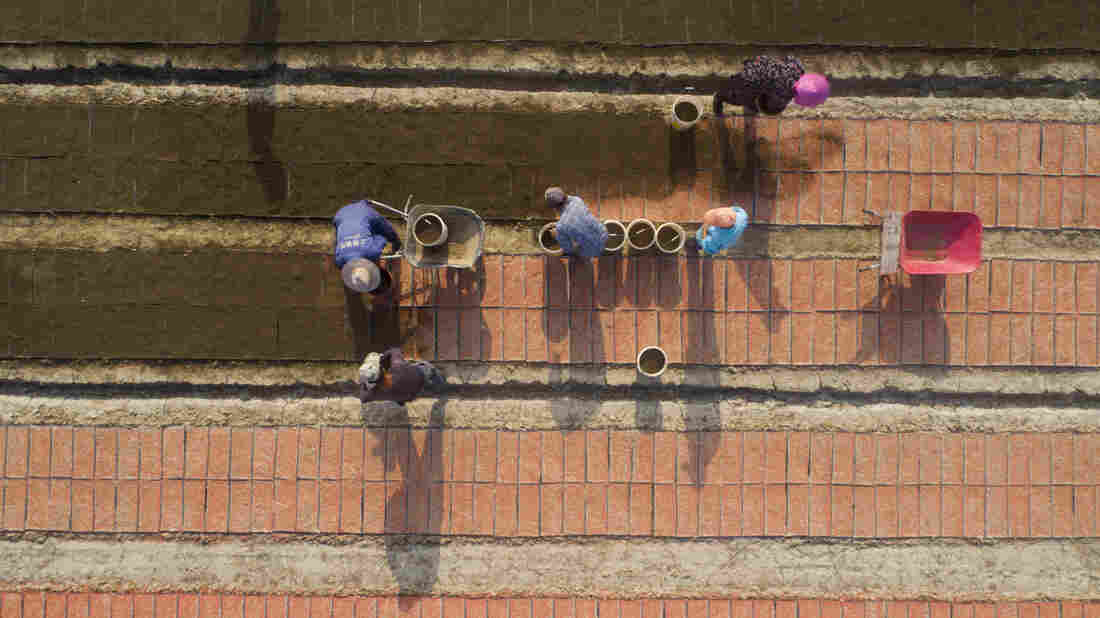 The new U.S. tariffs list includes staples such as rice, along with clocks, watches and other items that weren't previously under threat of new duties. Here, farmers plant rice seeds at a seedlings pool in China's Jiangsu province. Xu Jingbai/VCG via Getty Images hide caption 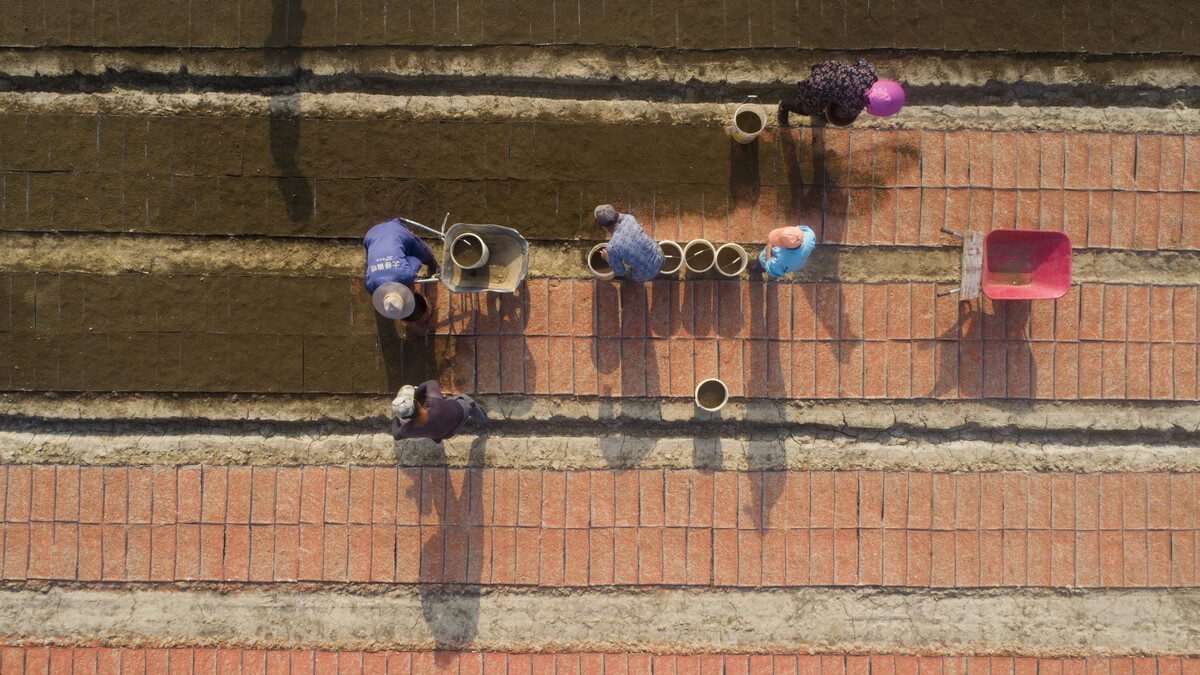 The new U.S. tariffs list includes staples such as rice, along with clocks, watches and other items that weren't previously under threat of new duties. Here, farmers plant rice seeds at a seedlings pool in China's Jiangsu province.

The Trump administration is preparing a new list of $300 billion worth of Chinese imports that would be hit with tariffs of up to 25%, after China retaliated Monday in the trade war between the world's two largest economies.

The Office of the U.S. Trade Representative published a list of Chinese goods that would be hit with new duties, ranging from artists' brushes and paint rollers to clocks and watches. The list also includes a wide range of sporting goods, from baseballs to fishing reels. And it dedicates several pages to agricultural products, from livestock to dairy, plants and vegetables. Staples such as rice and tea are on the list.

The U.S. proposal will enter a public comment period and could take effect sometime in late June or July.

On Monday, China's State Council Customs Tariff Commission announced it will impose tariffs of up to 25% on $60 billion worth of U.S. goods starting in June, in retaliation for Trump's tariffs on $200 billion of Chinese goods.

The tit-for-tat exchange rattled stock markets on Monday, sending the Dow Jones Industrial Average down 2.4%. The tech-heavy Nasdaq composite closed the day down 3.4%.

The dispute is affecting how U.S. companies do business in China, says Jake Parker of the U.S.-China Business Council in Beijing.

In addition to rising costs, Parker tells NPR's Morning Edition, "The reputation of U.S. companies as reliable suppliers has also taken a hit."

He adds, "Many customers are beginning to diversify away from U.S. products towards other suppliers, because the consistency in price and supply can no longer be guaranteed because of the uncertainty of these tariffs."

The new exchange of tariffs comes nearly a year after the Trump administration imposed the first set of tariffs on Chinese goods last summer. The two countries recently concluded the latest round of trade talks — all of which have failed to resolve several high-profile issues.

....This money will come from the massive Tariffs being paid to the United States for allowing China, and others, to do business with us. The Farmers have been “forgotten” for many years. Their time is now!

President Trump says China unfairly subsidizes its industries, doesn't respect intellectual property rights and makes it difficult for U.S. companies to compete in China's market. And he wants to see a large trade imbalance — which last year ran to a record $419.2 billion — begin to shrink. If the two countries can agree on how to approach those complicated issues, any deal that emerges would also need to include an enforcement mechanism, adding another prickly layer to the dispute.

On Tuesday morning, Trump said in a tweet, "We can make a deal with China tomorrow, before their companies start leaving so as not to lose USA business, but the last time we were close they wanted to renegotiate the deal. No way!"

He added, "We are in a much better position now than any deal we could have made."

Trump is expected to speak directly to China's President Xi Jinping at the G-20 summit in Japan, which will take place late next month. But while Trump continues to speak favorably about Xi and insist they have a close relationship, those sentiments have yet to translate into a trade deal.

"When the time is right we will make a deal with China," Trump said Tuesday. "My respect and friendship with President Xi is unlimited but, as I have told him many times before, this must be a great deal for the United States or it just doesn't make any sense."

China's retaliations for higher U.S. duties have targeted a list of U.S. products that ranges from sorghum, soybeans, meat and whiskey to airplanes and cars. The ongoing dispute has sparked concern among soybean farmers: Before the tariff war began, China was buying some $14 billion in U.S.-produced soybeans every year — nearly a third of the American crop.

Last summer, the Trump administration said it would devote some $12 billion in government assistance to help farmers — a move that was quickly criticized as a bailout and a federal subsidy.

Last week, a soybean farmer in Virginia told NPR that his situation has only gotten worse, with falling prices and difficulties in getting loans amid an uncertain market. And that farmer, John Wesley Boyd Jr., said he hasn't gotten any relief from the government.

"I haven't seen a dime of that money," Boyd said. "And I've been calling and calling USDA. And they continue to say that the funds are in process, and the funds are going to be sent to me."

Boyd said he is planting soybeans again this year, in the hope that things will change. And he's cautiously optimistic about starting to grow hemp.

Boyd also laid out how the economics of a small-scale farm work:

"Farmers pay their bills basically twice a year. Like right now, I'm getting ready to sell my winter wheat, which is coming for harvest next month. So I receive a payday there — hopefully it's a fair payday — and then my soybean crop later on this fall.

"So we plan our operations a year out. And I thought by now that there would be a big change in the commodity price for soybeans. And that simply hasn't happened. And this president is playing footsie with American agriculture and American farmers here."

Trump's series of tweets about the tariffs Tuesday included a mention of U.S. farmers.

"Our great Patriot Farmers will be one of the biggest beneficiaries of what is happening now. Hopefully China will do us the honor of continuing to buy our great farm product, the best, but if not your Country will be making up the difference based on a very high China buy...... ....This money will come from the massive Tariffs being paid to the United States for allowing China, and others, to do business with us. "