Accessibility links
Girl's Request For Dragon And Telepathy Studies Rejected Along With $5 'Bribe' An 11-year-old sent Prime Minister Jacinda Ardern the seed money to launch studies about dragons and telekinesis. Why? So she can grow up to be a dragon trainer. 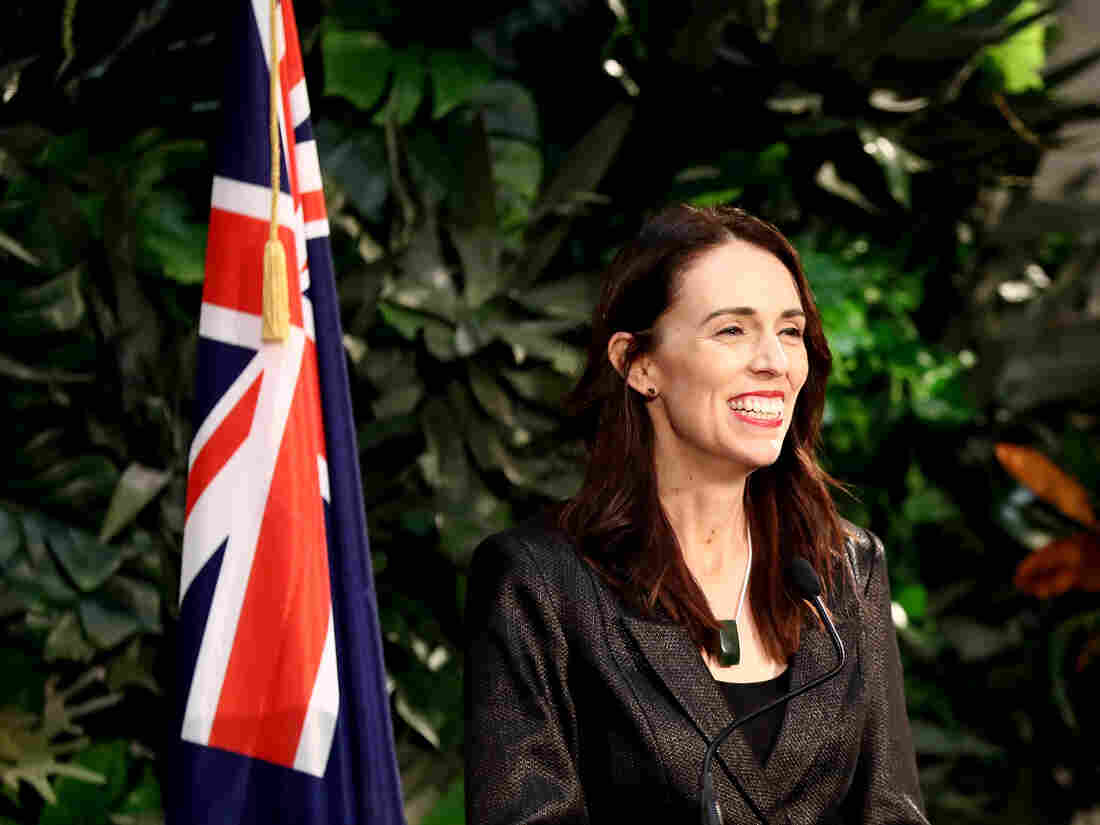 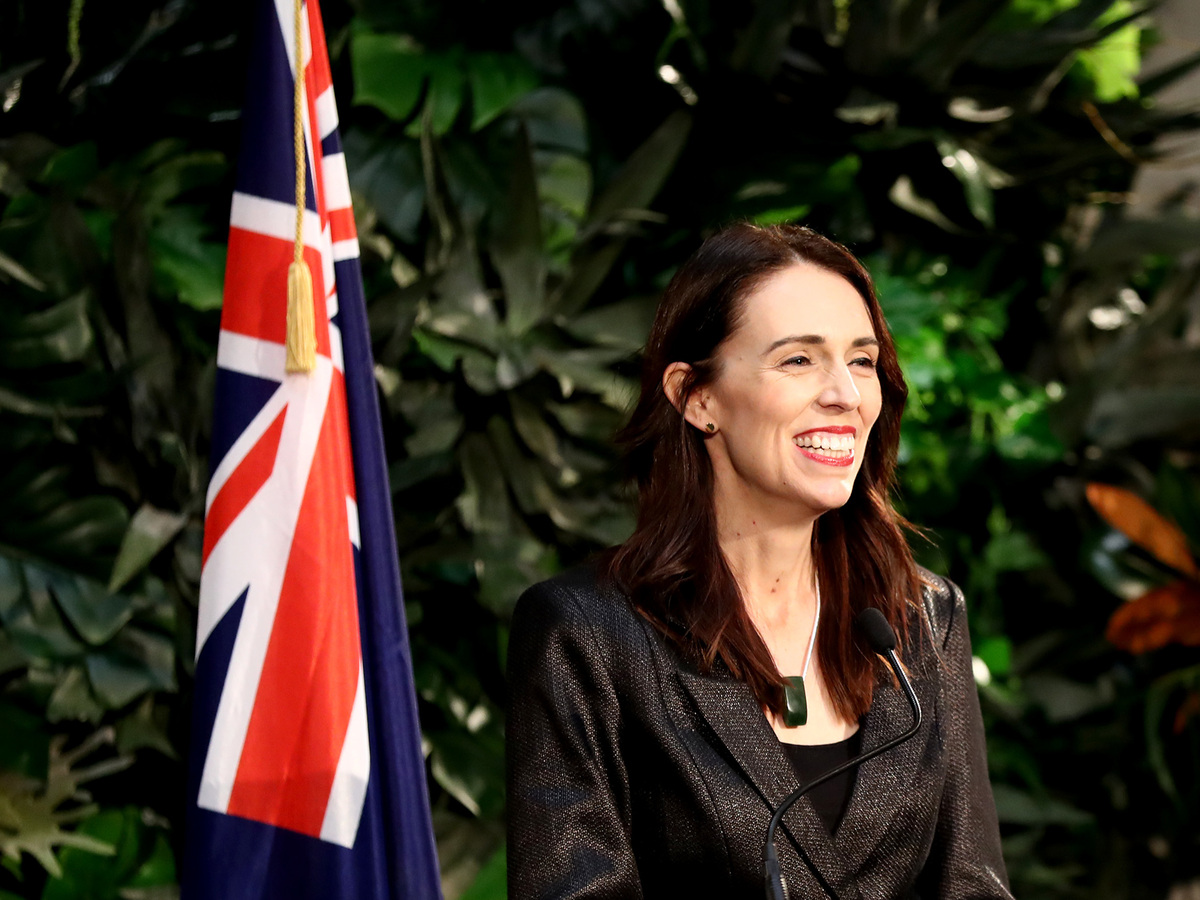 New Zealand's prime minister, Jacinda Ardern, said in a letter that her administration is not actively pursuing dragon research or telekinesis studies.

Bazillions of adult Game of Thrones fans may currently be preoccupied with dragons, and the mother of dragons and that giant dragon-killing-dart machine — but one girl in New Zealand is trying to get serious about the real-life study of dragons.

So much so that the 11-year-old recently tried to tempt Prime Minister Jacinda Ardern into launching a dragon research program, with a little bit of telekinesis studies on the side.

It's so she can grow up to be a dragon trainer. And she included some seed money with her request: a $5 New Zealand note.

Unfortunately, the prime minister could not be bought. She said it was a no-go.

"We were very interested to hear your suggestions about psychics and dragons, but unfortunately we are not currently doing any work in either of these areas!" Ardern wrote in a letter to the girl, identified only as Victoria. 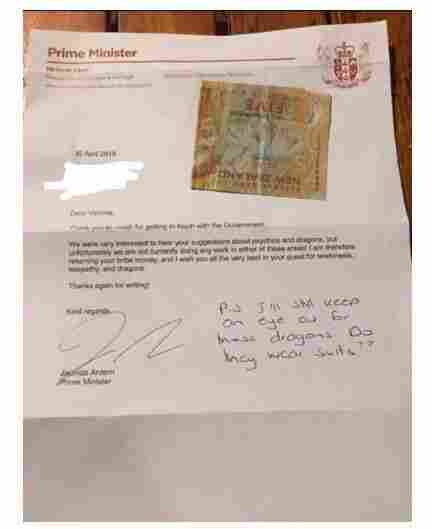 A person who says he is Victoria's brother posted the letter from Ardern on Reddit. "P.S. I'll still keep an eye out for those dragons. Do they wear suits??" the prime minister wrote. Reddit screenshot by NPR hide caption

"I am therefore returning your bribe money, and I wish you all the very best in your quest for telekinesis, telepathy, and dragons," the prime minister concluded.

A photo of the official letter — and the returned cash — first appeared on Reddit late last week, posted by a user who said his little sister had tried to "bribe Jacinda."

After some prompting, he explained that the girl "wanted the government to make her telekinetic when they are able, and wanted to find out what they know about dragons and if they had found any yet, so she could train them."

Apparently she got the idea about developing telepathic communication with dragons from the Netflix show Stranger Things, in which one of the lead characters — a young girl — has telepathic powers, her brother said.

Ardern's letter ended with an encouraging handwritten postscript: "P.S. I'll still keep an eye out for those dragons. Do they wear suits??"