Accessibility links
Donald Trump Jr., Senate Intelligence Committee Reach Deal On Testimony The mid-June interview will be limited in time, although no topics are off limits and it is expected to focus heavily on the proposed Trump Tower Russia project and a 2016 meeting, a source tells NPR. 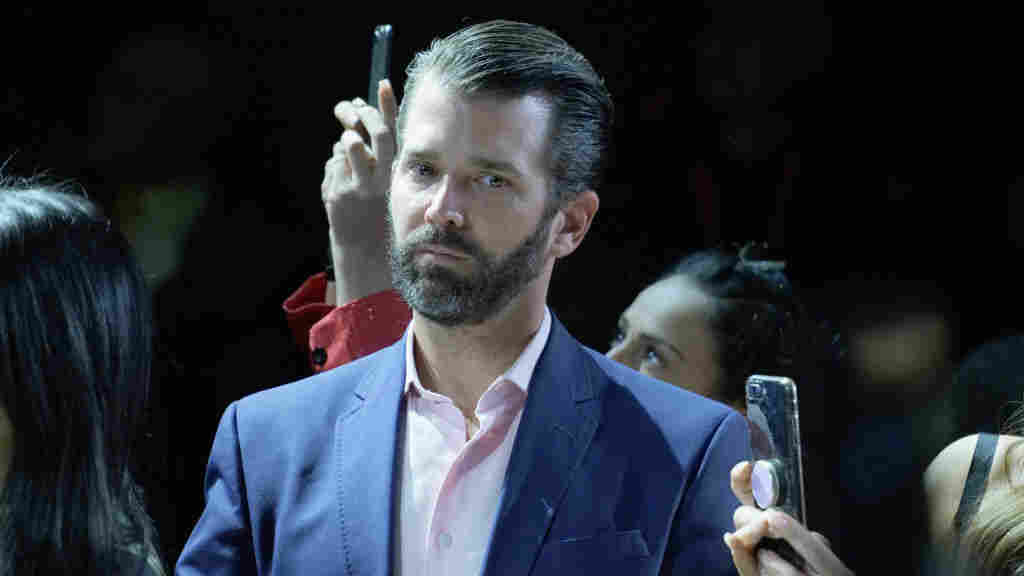 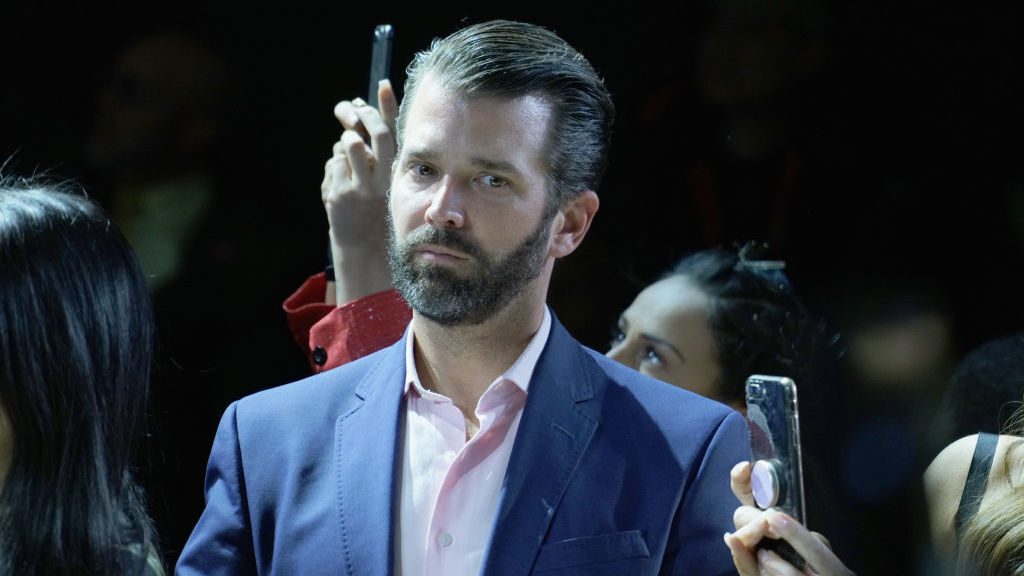 Donald Trump Jr., the president's eldest son, has reached a deal to testify before the Senate Intelligence Committee next month.

Donald Trump Jr. has reached a compromise with the Senate Intelligence Committee to testify before the panel, according to a source familiar with the negotiations. The deal comes less than a week after the committee's initial subpoena inflamed tensions between the GOP-led panel and the White House.

The mid-June interview will be limited in time — no more than four hours — although no topics are off limits, the source said.

The primary agenda is expected to focus on knowledge Trump Jr. may have about the proposed Trump Tower Moscow project as well as his involvement in a June 2016 meeting at Trump Tower in New York City with a Russian delegation after an offer of "dirt" on Hillary Clinton.

Trump Jr. first testified before the committee about such questions in December 2017. Negotiations over another appearance dragged on and eventually stalled, leading to the subpoena compelling the president's son to testify or risk being held in contempt.

The debate over another round of testimony comes at a time when tensions are inflamed between President Trump and Capitol Hill over executive privilege — though most of that has centered on information the Democratic-controlled House is trying to obtain.

In the Republican-controlled Senate, Majority Leader Mitch McConnell, R-Ky., has declared "case closed" on special counsel Robert Mueller's investigation. The White House saw the findings as vindication. The report did not find conspiracy between the Trump campaign and Russia on election interference. And while the special counsel did not conclude one way or another whether the president obstructed justice, Attorney General William Barr has cleared the president on that question.

If Mueller Report Was 'Tip Of The Iceberg,' What More Is Lurking Unseen?

But this latest request for testimony from Trump Jr. comes from one of the Senate's more bipartisan committees, and its chairman, North Carolina Republican Richard Burr, has seemed unmoved by any criticisms from within his party.

Trump himself weighed in earlier Tuesday as he departed the White House for Louisiana, saying that it was "very unfair" how his eldest child was being treated.

"It's really a tough situation because my son spent I guess over 20 hours testifying about something that Mueller said was 100 percent OK," Trump told reporter. "And now they want him to testify again. I don't know why. I have no idea why. But it seems very unfair to me."

Later on Tuesday, McConnell said, however, that it was the Senate Intelligence Committee chairman's prerogative on how to run his panel.

"None of us tell Chairman Burr how to run his committee," McConnell said. "I asked him to undertake this investigation on Russian collusion a couple of years ago. He's indicated publicly that he believes they will find no collusion and we are hoping to get a report on that subject very soon."

But the Senate GOP leader declined to answer a question about whether he agreed with Trump's comments about the subpoena and repeated he expected to get the intelligence report soon.