Accessibility links
How Erwin, Tenn., Is Reinventing Its Legacy Of Killing Mary The Elephant A team of high school students in Tennessee researched the century-old story of "Murderous Mary" and found a town eager for redemption. Their podcast is a winner in NPR's Student Podcast Challenge. 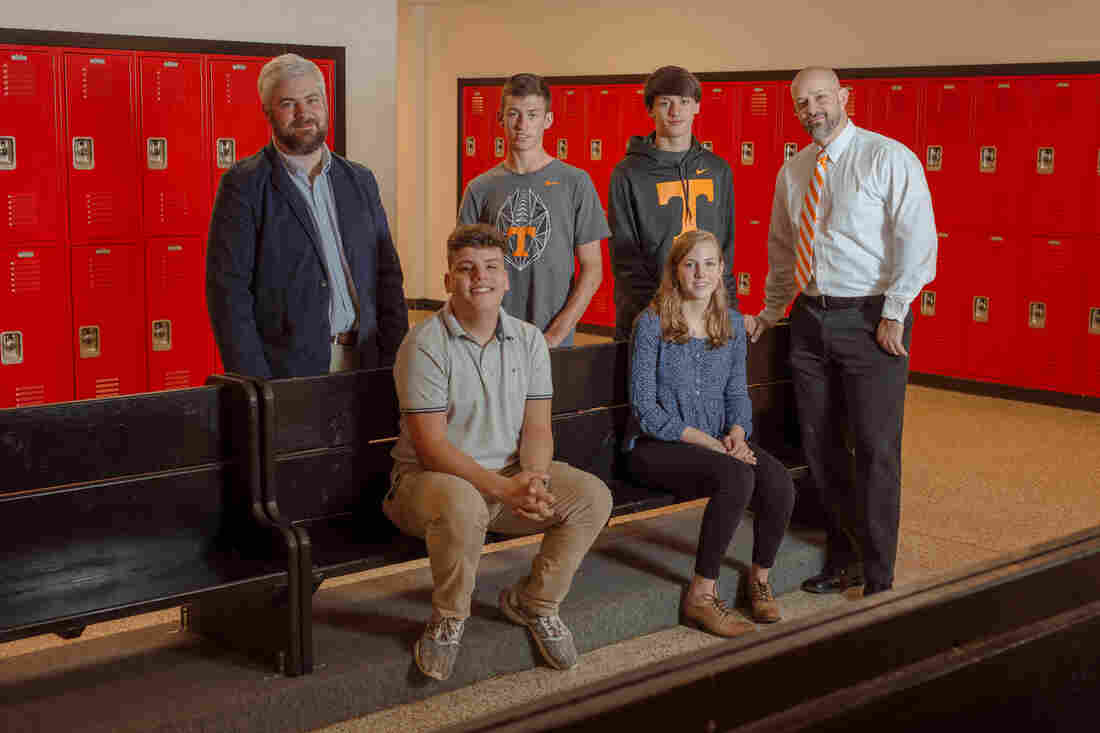 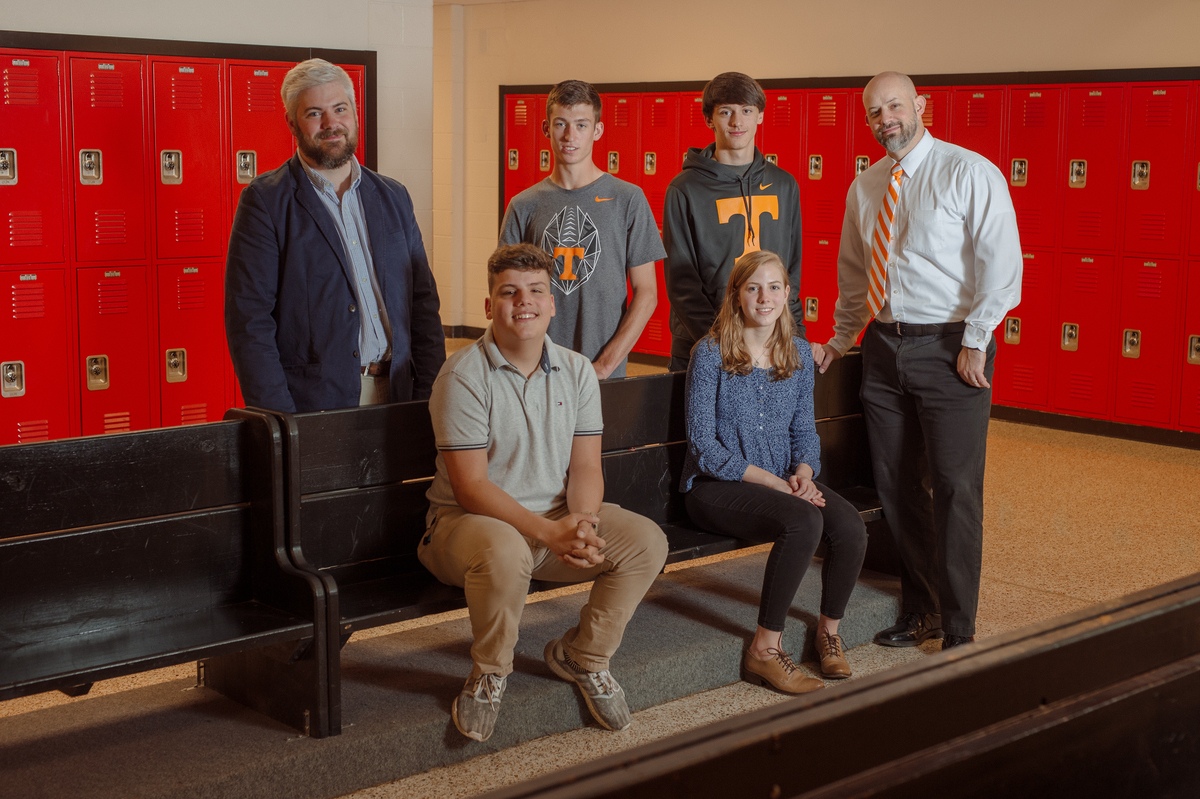 In the tiny town of Erwin, Tenn., history is the elephant in the room.

At the Unicoi County Chamber of Commerce, Cathy Huskins remembers one particularly angry tourist "came barreling through the door, and came up to the counter here and slung her hands down. ... And she says, 'I cannot believe that you killed an elephant!' "

Librarian Angie Georgeff is used to the strange phone calls and unannounced visits from world travelers: 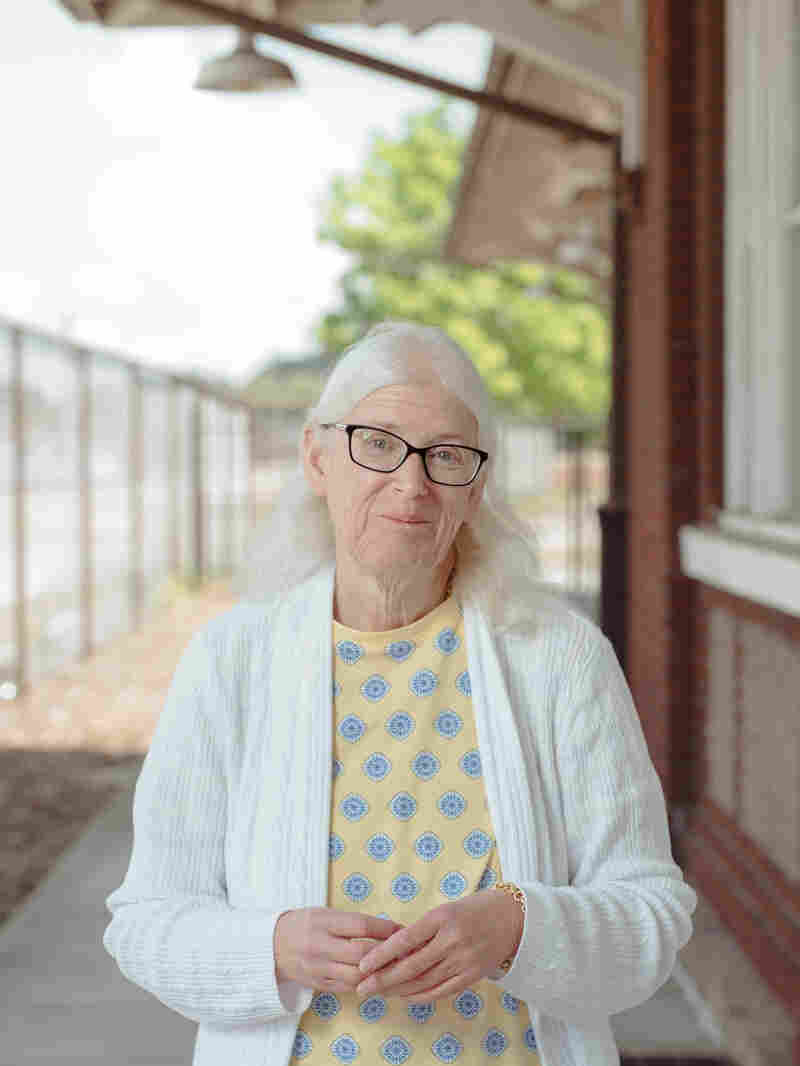 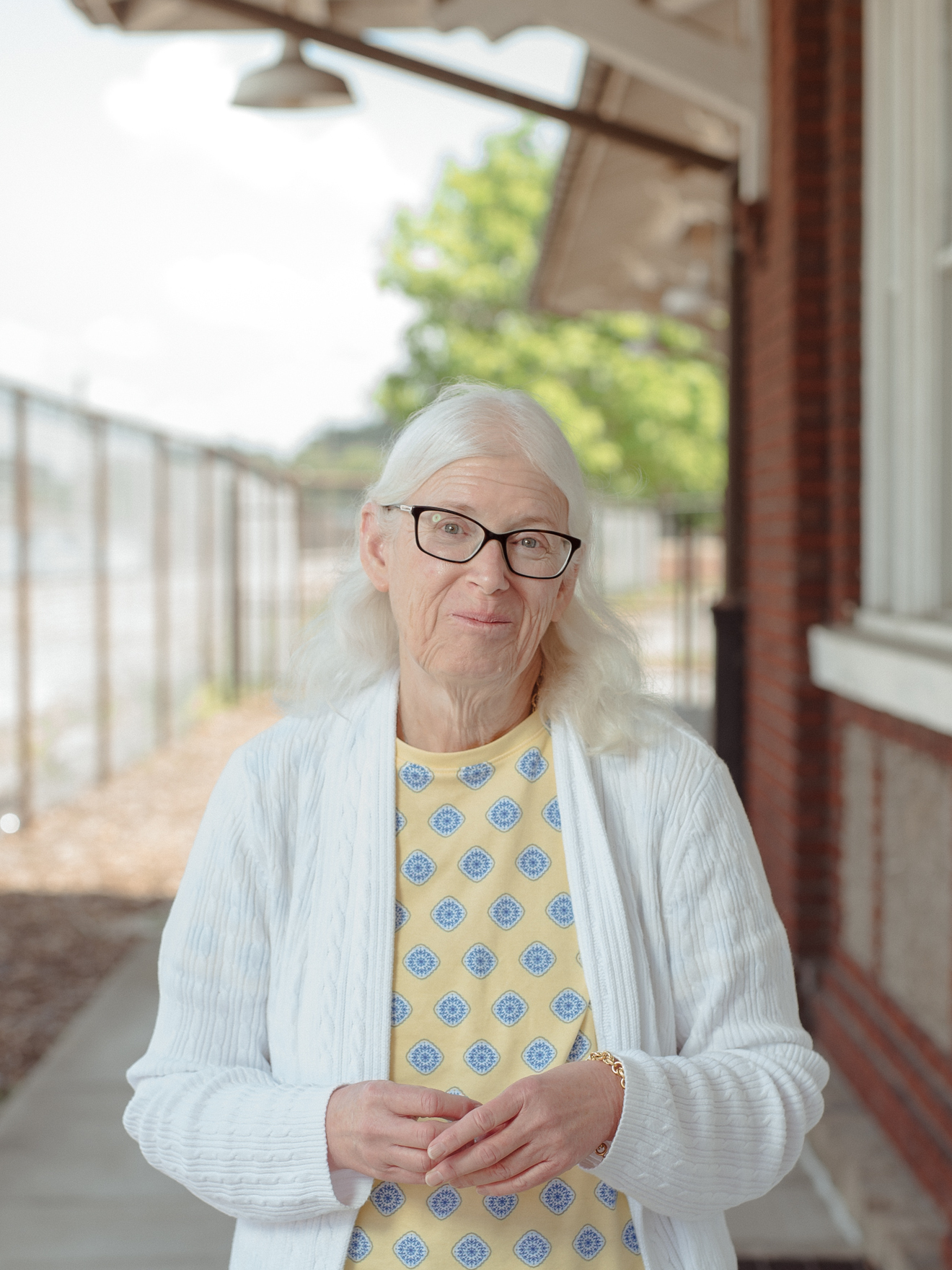 Sometimes Georgeff even points visitors out the library window, down the long vein of railroad tracks, to where it happened — to where the town of Erwin hanged an elephant.

This year, four high school students in nearby Elizabethton made a podcast about all this for NPR's first Student Podcast Challenge — and their 11-minute piece won the high school category.

In the fall of 1916, disaster struck when the circus came to East Tennessee.

A menagerie of animals from Sparks Circus paraded through the small town of Kingsport, Tenn., just a few miles from the Virginia border. The show's star attraction, a five-ton Asian elephant named Mary, suddenly stopped. She had noticed a pile of watermelon rinds and veered off course for a snack.

Riding on Mary's back was a new trainer, a man who had been a hotel bellhop just a few days before, and he struck Mary in the head with a large metal hook. In an instant, the elephant wrapped her trunk around the man and threw him into a drink stand. As the story goes, she then stepped on his head in front of a crowd of shocked onlookers.

One man unloaded his pistol into Mary, but the bullets couldn't penetrate her thick hide. The townspeople chanted, "Kill the elephant!" When officials at the circus' upcoming stops made it known that the animal was no longer welcome, Mary's owner relented: Murderous Mary, as she came to be known, had to die. But how? And where?

What happened next has haunted the neighboring town of Erwin for a century. That's because Erwin was home to an enormous rail yard and a 100-ton derrick car with a crane strong enough to hang an elephant. 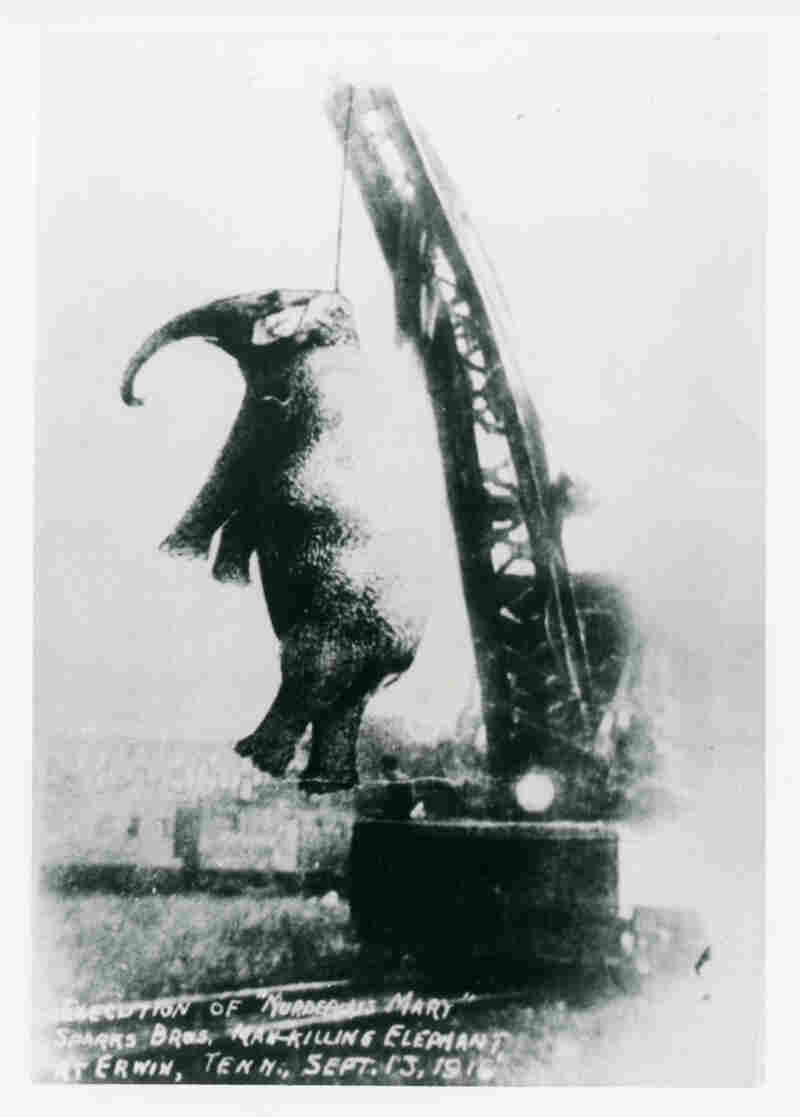 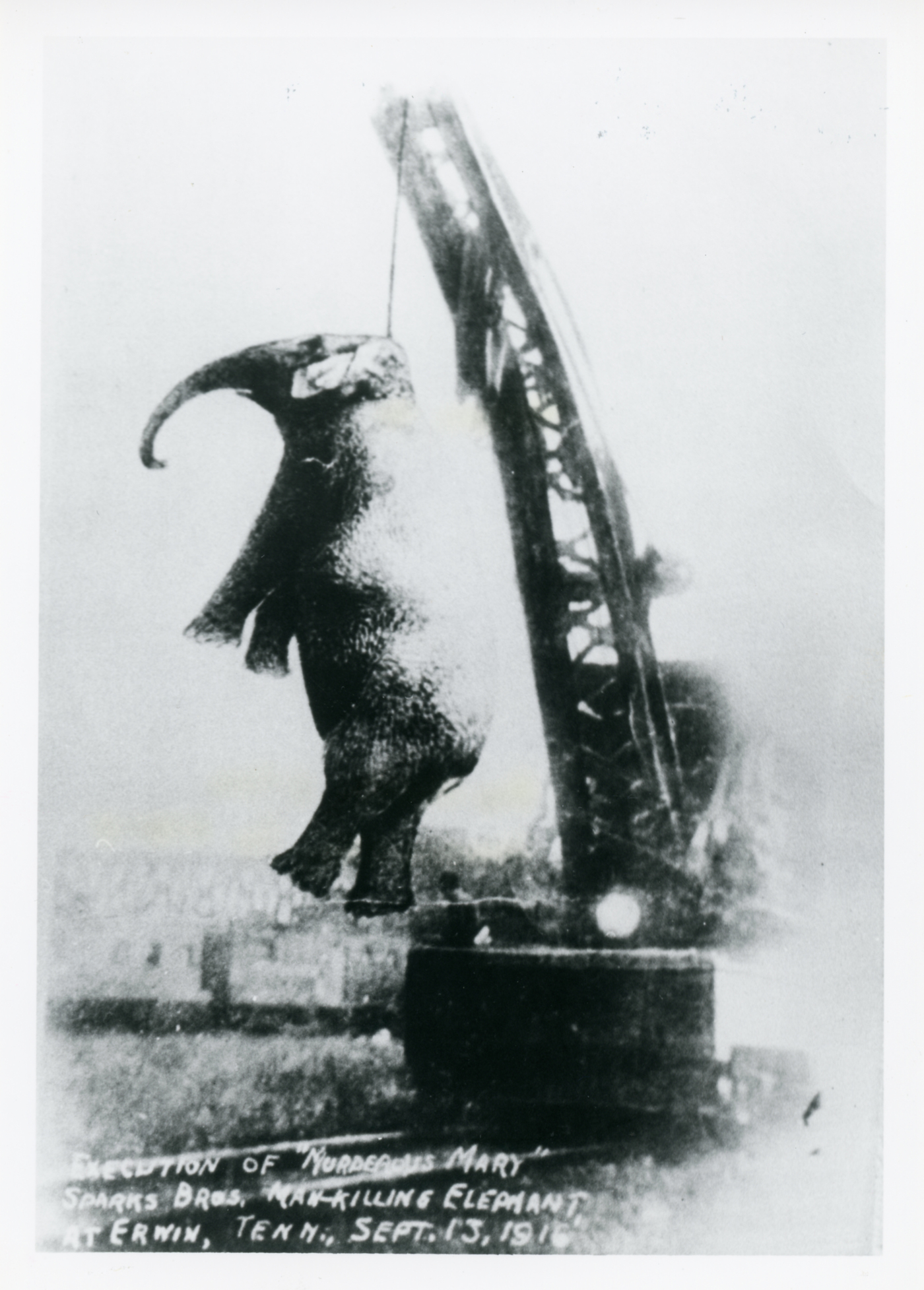 In this 1916 photo, Mary the elephant hangs from the crane in Erwin, Tenn.

"Oh! You're the town that hung the elephant!"

A crowd of thousands gathered in the Erwin rail yard to watch Mary's execution, many standing atop idle rail cars or nearby buildings, for fear the elephant would rampage. Though not everyone was happy about the spectacle. One rail worker refused to participate because, he told his friends, he worked the night shift and worried that killing the elephant would haunt him on his night rides.

Here Are The Winners Of The NPR Student Podcast Challenge

As the students tell it, a willing few wrapped a chain around Mary's neck. The crane slowly hoisted her a few feet off the ground. But as Mary began to kick, the chain broke, and she hit the ground hard. The elephant was stunned and sat motionless on her hind legs — as one eyewitness would remember — "like a rabbit."

The rail workers quickly got a new chain and hoisted her up once more — this time 10 or 15 feet off the ground. It's not clear how long it took Mary to die, but she dangled from the crane long enough for one onlooker to snap a photograph. A 1916 photo shows Mary hanging lifelessly from the crane. This macabre, visual evidence of the execution traveled far and wide, and it cemented Erwin's reputation — a town that few beyond East Tennessee had ever heard of — as the town that hanged an elephant.

"The stigma of Mary's death has haunted Erwin and its citizens for many years," says Hull, one of the podcast's student narrators. She and her classmates interviewed Jamie Rice, who lives in Erwin and grew up hearing the story of Mary.

"All the generations before me — everyone had a black eye over it," Rice says. "No one really wanted to talk about it. And whenever you did go out into other areas and you would say, 'Oh, I'm from Erwin,' and they would think about it and they would say, 'Erwin, Erwin ... why do I know that name? Oh! You're the town that hung the elephant!' "

But now, Rice leads an organization, RISE Erwin. As the Elizabethton students reported, Rice's group is trying to help the town embrace its history instead of hide from it.

Beginning in 2016, the 100th anniversary of Mary's hanging, Erwin began what it hoped would become an annual ritual: a weeklong series of events to celebrate elephants. That first year, the town paid nearly $9,000 for local artists to paint eight fiberglass elephants. They were displayed all over town and then auctioned off.

Rice says lots of business owners started getting questions from out-of-towners, asking: What is the deal with all these elephants?

"Well, that's their opportunity to say, 'We love elephants!' " Rice told the students.

What Erwin did with the money it raised is another stranger-than-fiction twist in the teens' podcast. 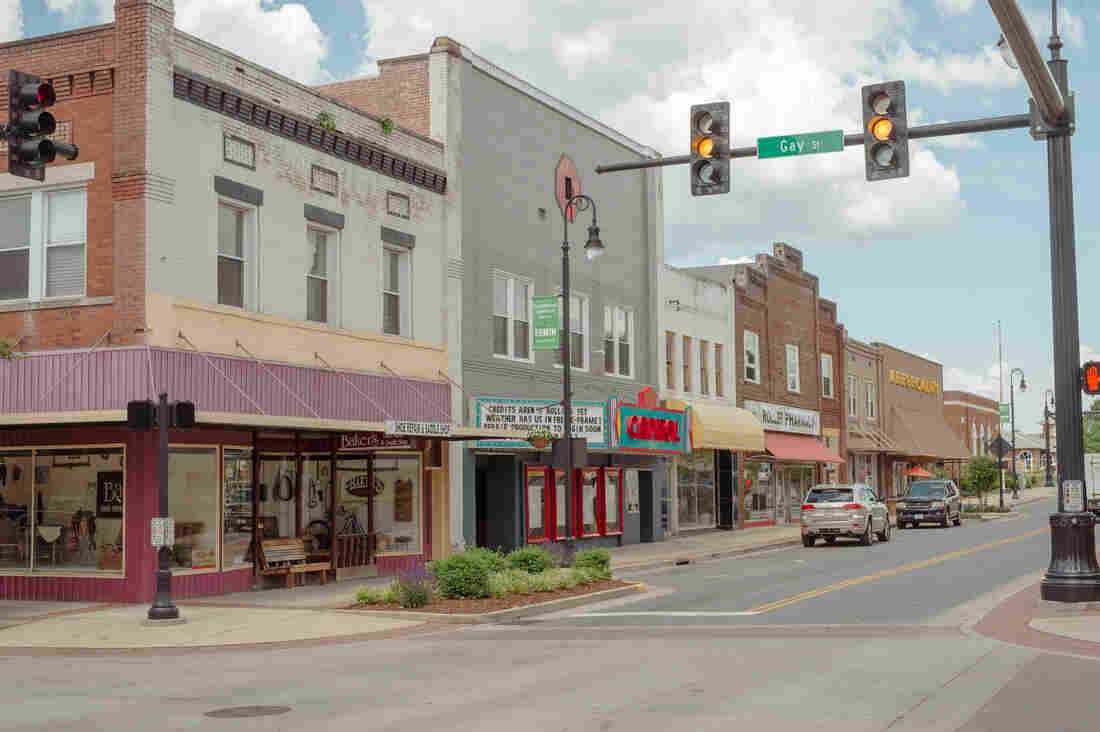 The town of Erwin was the site of the now famous hanging of Mary the elephant in 1916. Mike Belleme for NPR hide caption 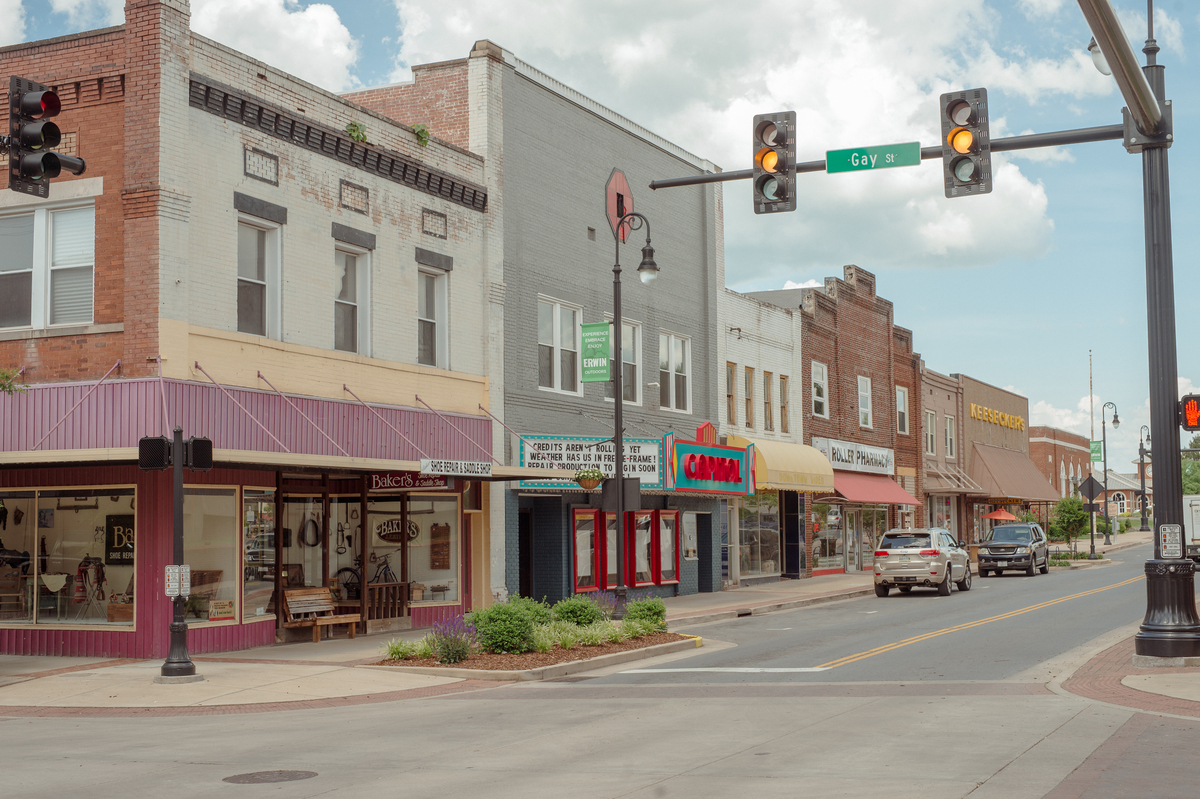 The town of Erwin was the site of the now famous hanging of Mary the elephant in 1916.

"I called them up, just their 1-800 number, and I said, 'My name is Jamie Rice. This is a really weird phone call. I live in Erwin, and we feel really bad about Mary.' "

Rice says she cold-called The Elephant Sanctuary in Tennessee — a home for elephants retired from zoos and circuses, about a six-hour drive from Erwin.

Erwin Mayor Doris Hensley told the students that visitors now ask when Erwin is getting its next herd of elephants. It's become the town's new identity.

The Elizabethton juniors who won NPR's contest all say they didn't know much of Mary's story when they began. Their teachers, Alex Campbell and Tim Wasem, had their whole class work on podcasts.

But the deeper the four teens got, the more engaged they felt — to the point that they were all spending extra time in the computer lab and at home.

"Every town has that one thing that they don't want to talk about," Hull told NPR. "It just so happens that Erwin's is always talked about."

With their podcast, the students hope that Erwin will no longer be known as the town that killed an elephant.

It'll be the town that killed an elephant and is doing everything it can to help the next Mary.