Accessibility links
After Walking Thousands Of Miles, Mink The Bear Is Almost Back Home New Hampshire wildlife officials relocated a black bear with a penchant for doughnuts more than 100 miles north — close to the Canadian border. A year later, she has traveled a long and winding route. 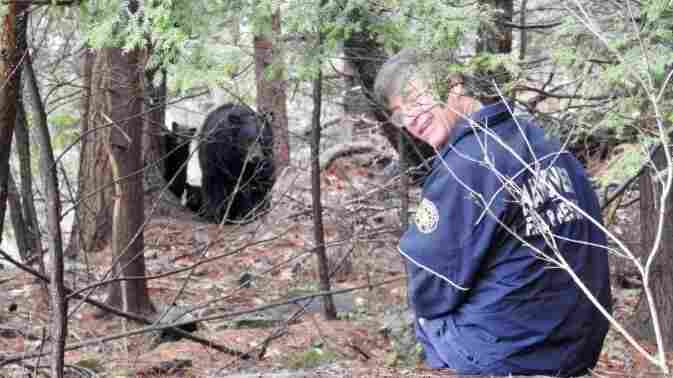 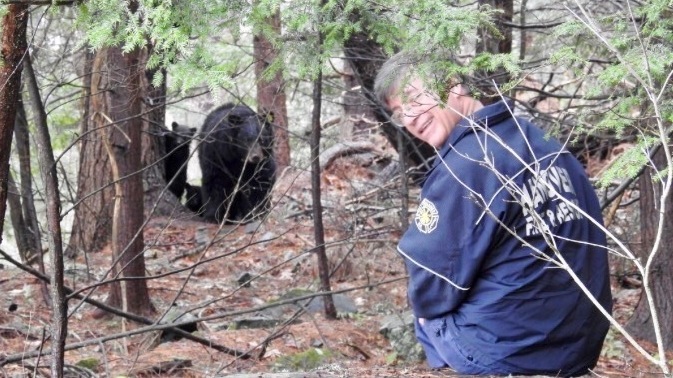 For years, an elderly resident of Hanover, N.H., fed one particular female black bear. The old man's food offer of choice? Birdseed and maple-glazed doughnuts from a diner down the street.

Then the man died, and the bear started venturing out farther in search of more delicious treats.

She had become comfortable around humans, and people in town grew to love her — a lumbering, strong but gentle animal that would come right up to your door. She's named Mink, after a local natural area called Mink Brook.

"She's a beautiful bear. She's an amazing bear," said Hanover Town Manager Julia Griffin. "Anybody that likes animals was enchanted by her."

She's a beautiful bear. She's an amazing bear. Anybody that likes animals was enchanted by her.

But others were scared, and state wildlife officials decided, for safety's sake, the bear needed to go. They planned to shoot her, but local news outlets picked up the story and a petition to save Mink got thousands of signatures.

Then New Hampshire's governor intervened, and had Mink relocated instead.

Mink had to move

Just under a year ago, officials dropped Mink off with a tracking collar far north, near the Canadian border. 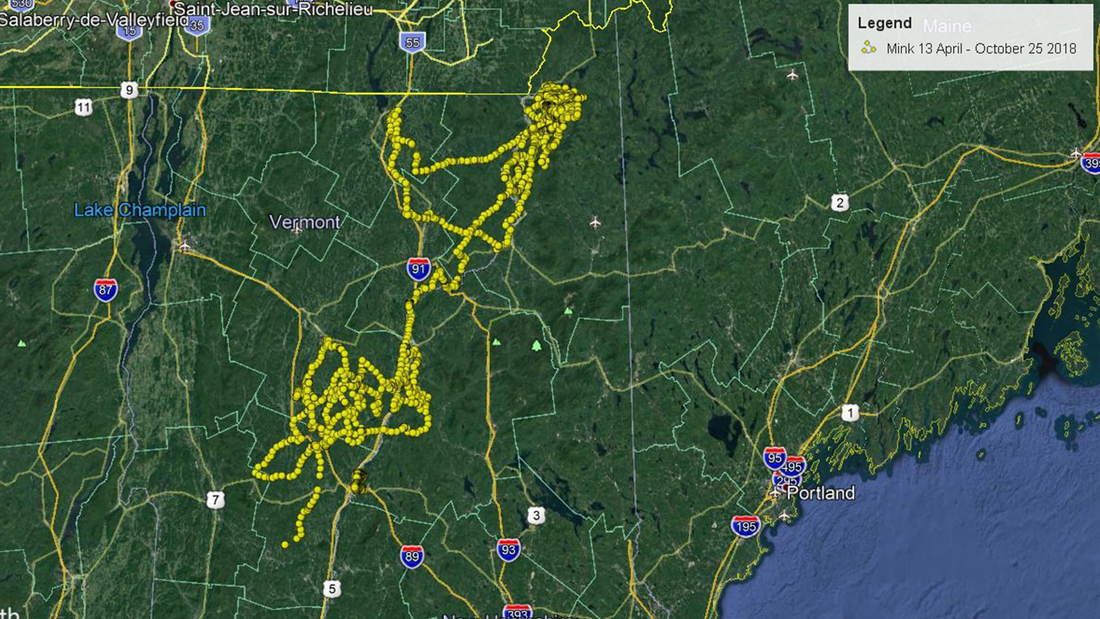 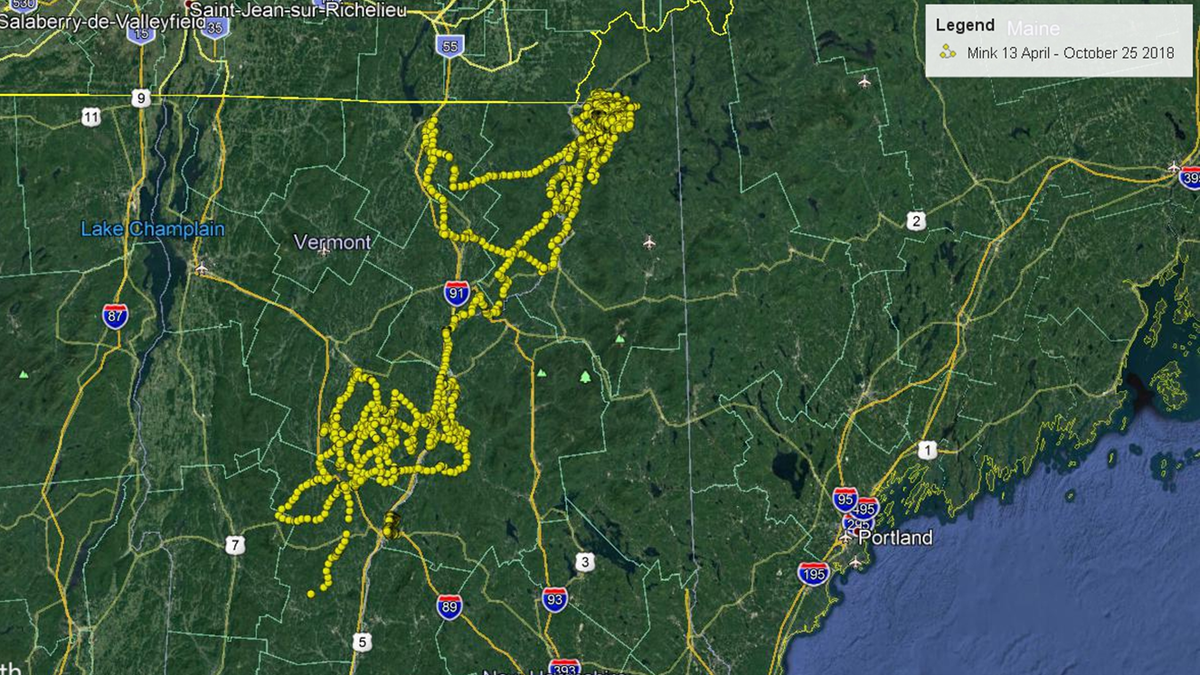 Mink the bear's travels from April through October 2018, as tracked by New Hampshire Fish and Game.

But she immediately started making her way back.

"She was going 30 miles a day," said Ben Kilham, a biologist who has been tracking Mink's location. "If anything, we should get her into a triathlon."

She has logged thousands of looping miles, crossing Interstate 91 and the Connecticut River multiple times.

The lead bear official for the state of New Hampshire said he's never dealt with an animal that's traveled so long, hibernating for the winter and then continuing on. He now checks her progress first thing every morning.

She was going 30 miles a day. If anything, we should get her into a triathlon.

He's not alone in his interest. Even the governor asked to be included on the data. "And he's clearly been watching," Kilham said. "Probably the whole office down there has been watching, because it's fascinating the way she moves."

Bears are known to be able to find their way home, or at least try to. That's why wildlife officials believed killing Mink was more humane than putting her through an arduous journey. 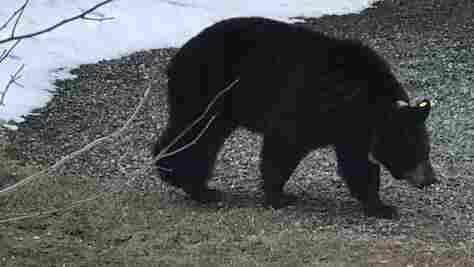 "To see how far she traveled, and how thin she was last fall, we all felt like — oh boy — what have we done to this sow?" Griffin said.

Until recently, though, the general public didn't know Mink was getting close. But earlier this spring, a woman named Patricia Campbell spotted a bear outside her house, less than 20 miles from Hanover.

Campbell took a bunch of photos, and Mink once again ended up in the local news.

Biologists now say she could be back in Hanover anytime. From there, her future is unclear.

"If she comes right back as our nuisance bear in Mink Brook corridor," Griffin said, "I don't know what more we can do."

At this point, wildlife officials are taking things day by day. There's no plan in place if Mink makes it back. They're just hoping she'll lie low in the woods.